On Wednesday I was fortunate to go to the technical dress rehearsal of the opening ceremony. Not wanting to spoil the surprise I will just say that I thoroughly enjoyed it and was wowed by some of the special effects. Here is a taster of what people can expect when they arrive in the Olympic Park. 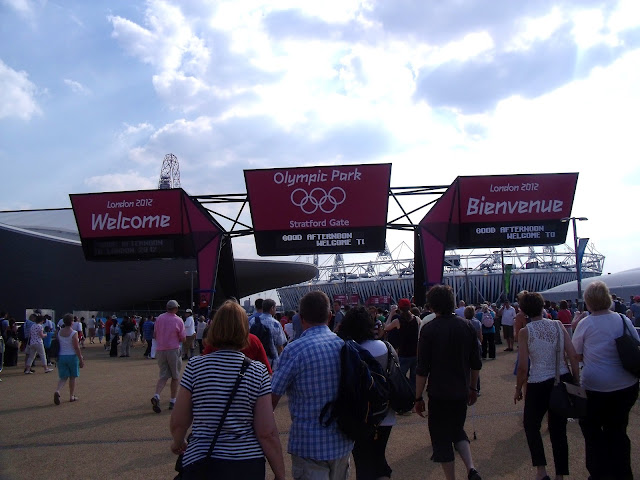 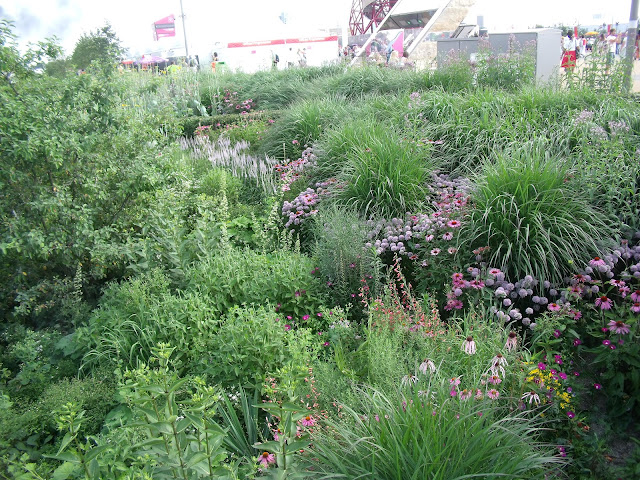 There are banks of wild flowers everywhere, specially grown to flower during the games. 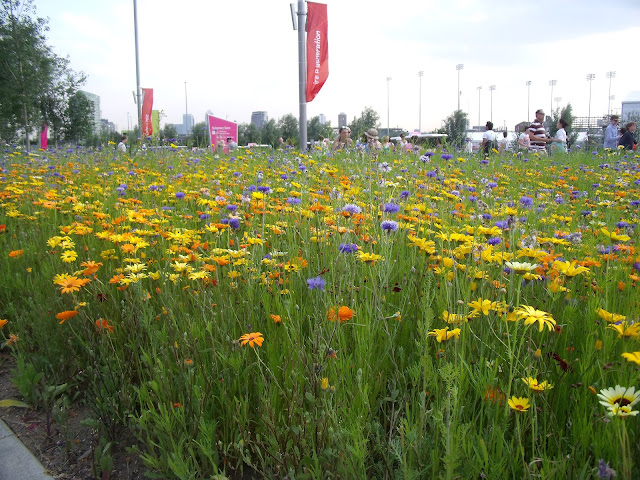 Around the stadium is a ring of golden flowers which you can only see from the air. On the ground though the flowers are just beautiful. 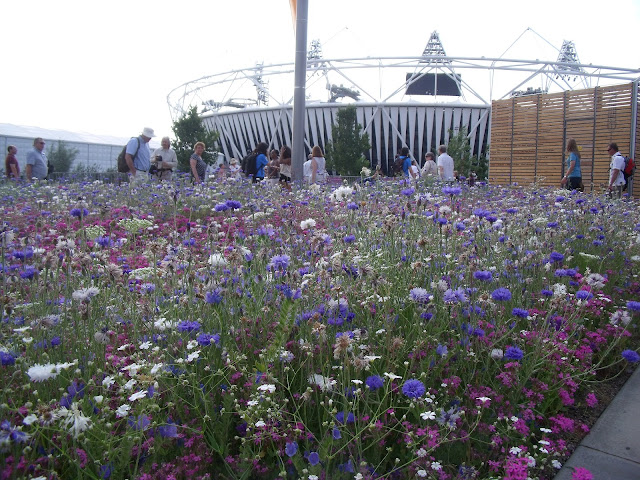 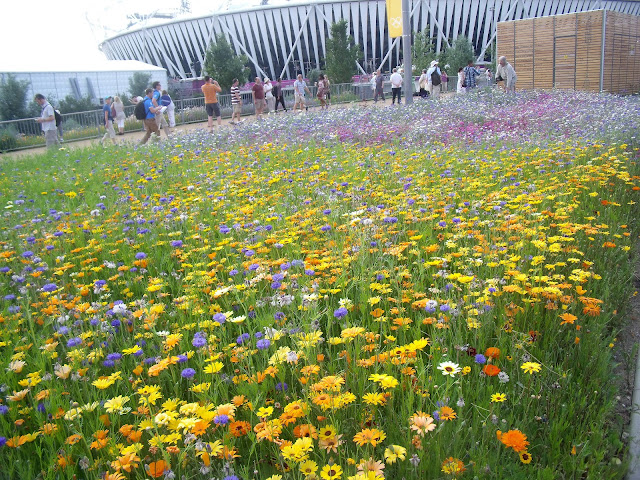 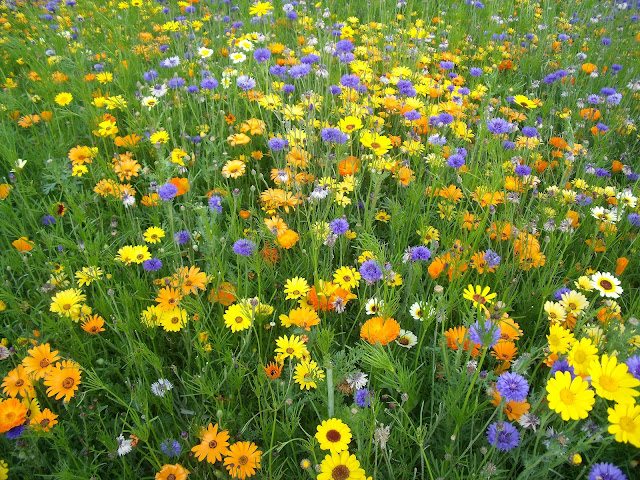 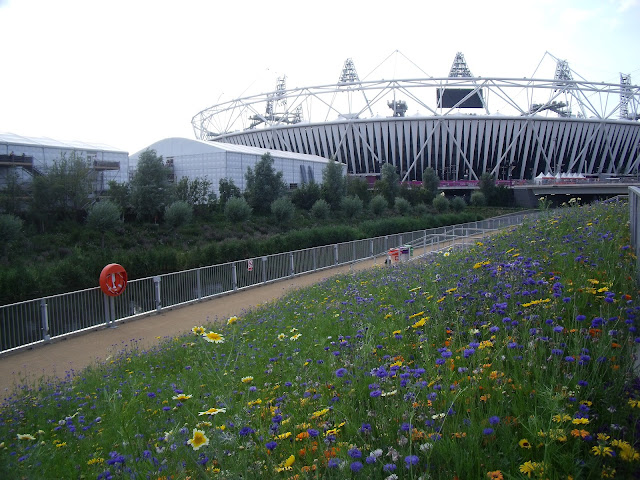 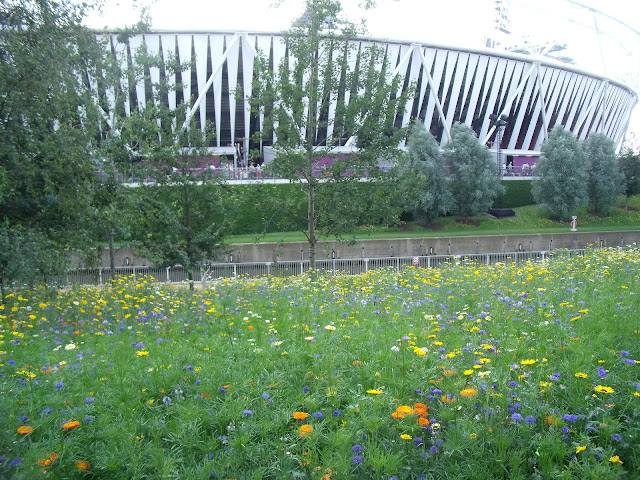 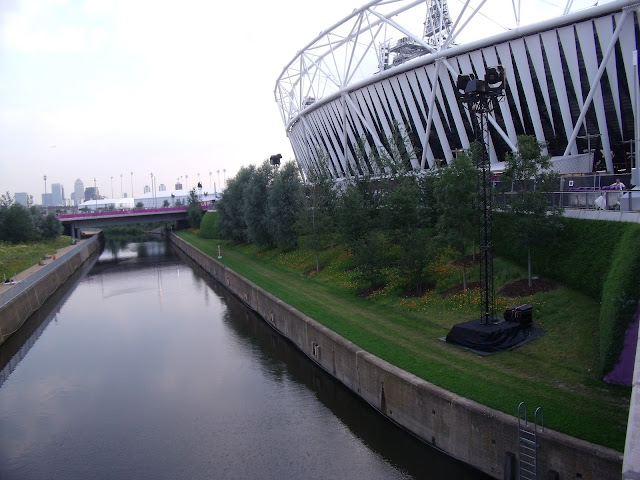 Crossing the bridge over the river which takes you into the Olympic Stadium. 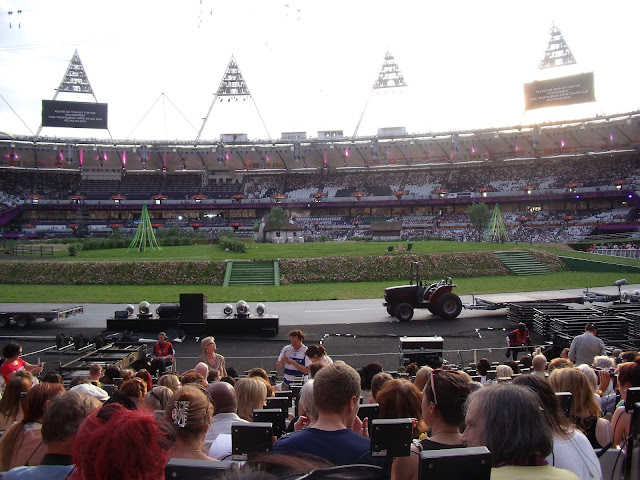 Made it! Ever since we knew the Olympics were coming to London I made a promise to myself that somehow I would get into the Stadium. This was the moment I had been waiting for and it was well worth the waiting.


Thank -you for all the enquiries about my son. He has now recovered and is back at work. I do not seem to have picked up the virus so will hopefully return to the Village on Monday. Meanwhile I will use the opportunity to go into London and see what is happening there.
Posted by Fun60 at 09:35