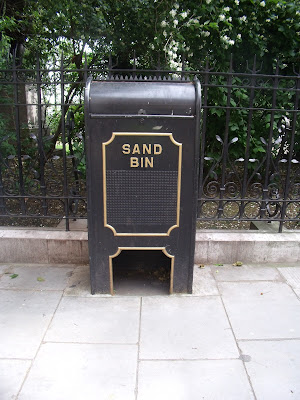 Walking from the Temple underground station I came across this sand bin. I was very curious as to why you would want a sand bin. Salt bins are very common so when I got home I had to do some research.I found that mainly during the 19thcent they used the sand to either deaden the noise of iron shod cartwheels or to clean up the horse manure. Apparently they were a common sight  during that period. It is thought that this one was renovated and returned after being bombed in the 2WW. 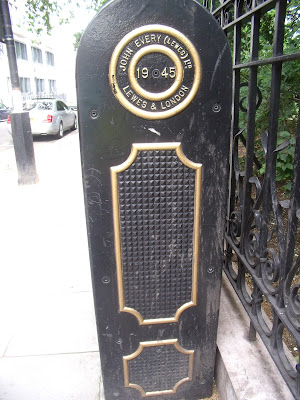