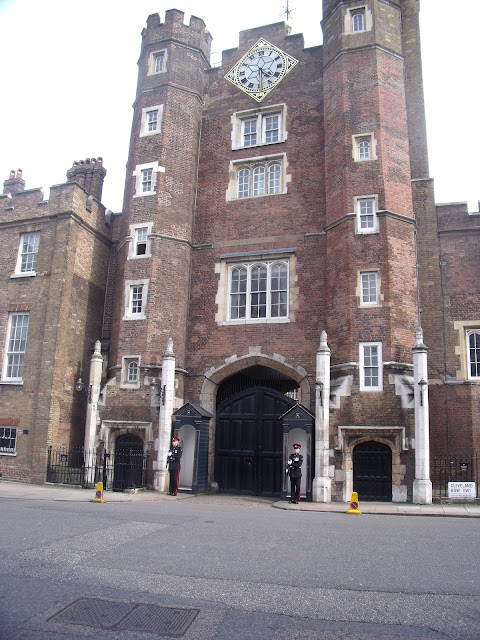 Leaving  Trafalgar Square on the North side you come to Pall Mall. Follow this road and you will arrive at St James's Palace. This is the London home of Prince Charles and his sons. It is a much older Palace than Buckingham Palace as it was built during the reign of Henry VIII. It was used as the main Royal residence until Queen Victoria moved into Buckingham Palace in 1837.

The whole area of St James's is one of opulence and elegance. It is here that you find all the famous 'Gentlemen's clubs' like the Reform club or the Athenaeum and other institutions like the Royal Society and the Institute of Directors. 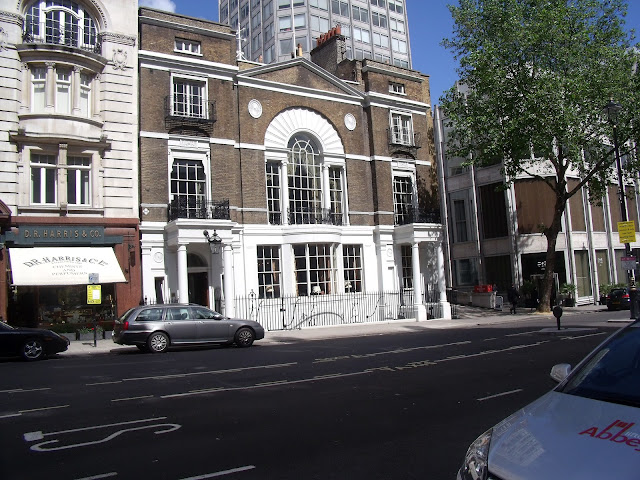 Walking down St James's street there are some beautiful buildings and some long established shops.
There are no names outside some of the buildings so I have no idea about this one. But looking up to the windows on the second floor you can see huge glass chandeliers so this building is no ordinary office. 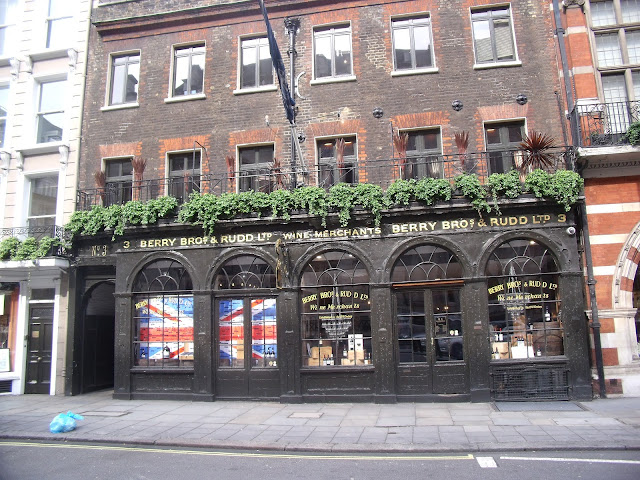 Berry Brothers and Rudd was established in 1698 and is Britain's oldest wine merchant. I have not been inside the shop but it apparently has old wine cellars which used to be part of Henry VIII's residence. These are now converted meeting rooms. There is also supposed to be a tunnel(now blocked) leading from St James's Palace which was very handy for the royals to visit the ladies of the night during the 18th cent. 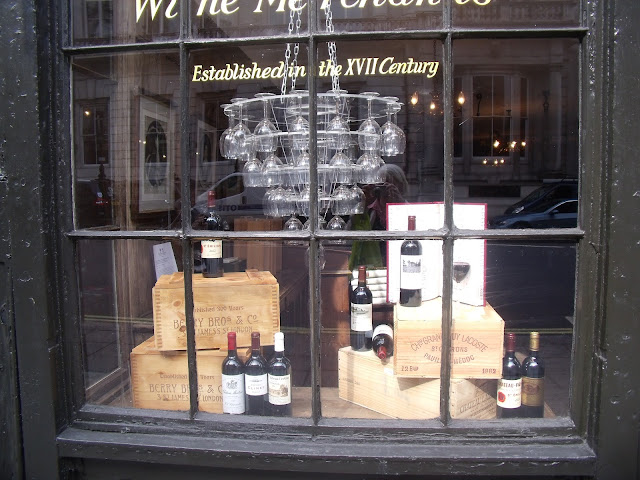 The window displays are excellent and changed on a regular basis. 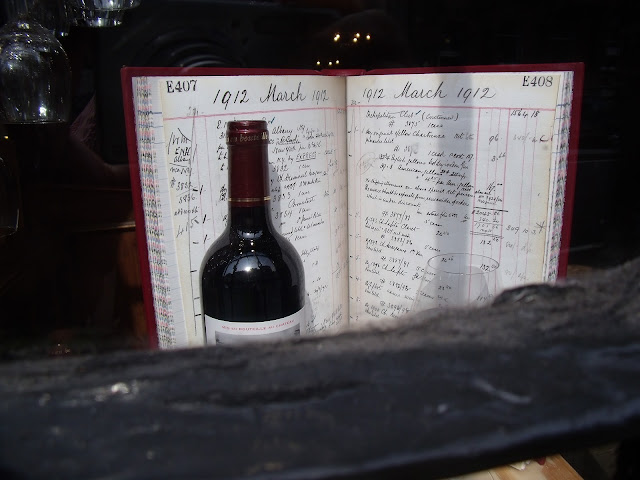 The ledger dating back over a hundred years ago to March 1912. Interesting to see the pounds, shillings and pence columns. 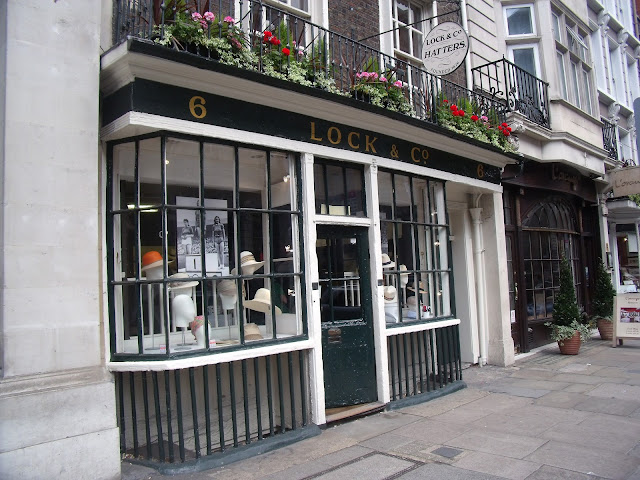 Lock and co. was established as a hat makers in 1700 - it made Lord Nelson's famous cocked hats. It still makes hats today - if you can afford it. 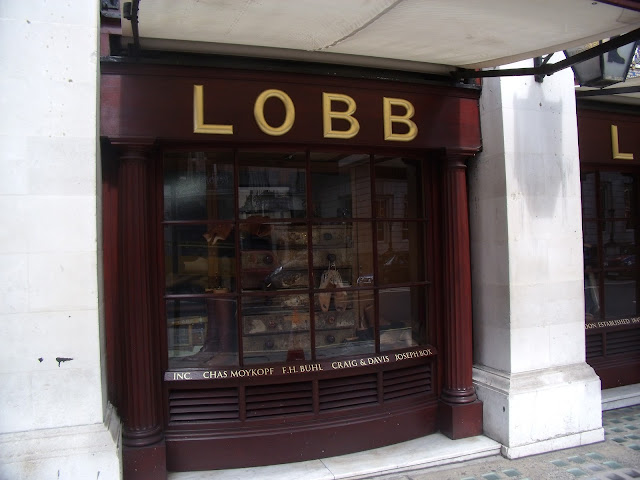 John Lobb, the shoemakers, where they make wooden models of clients feet so that the shoes are always a perfect fit. 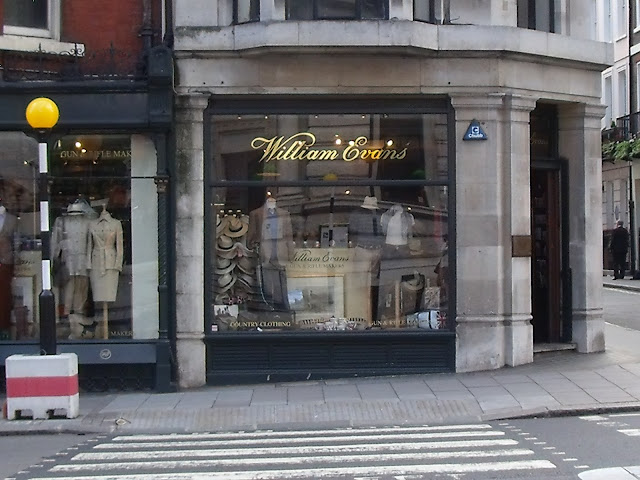 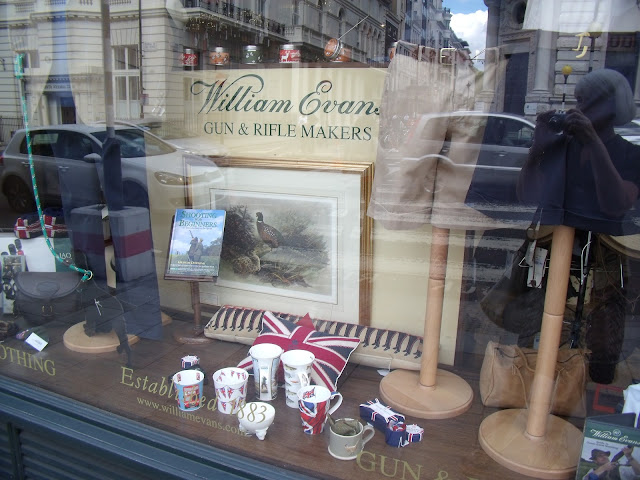 I liked the window display at William Evans but couldn't get a good photo because of the reflections in the window. 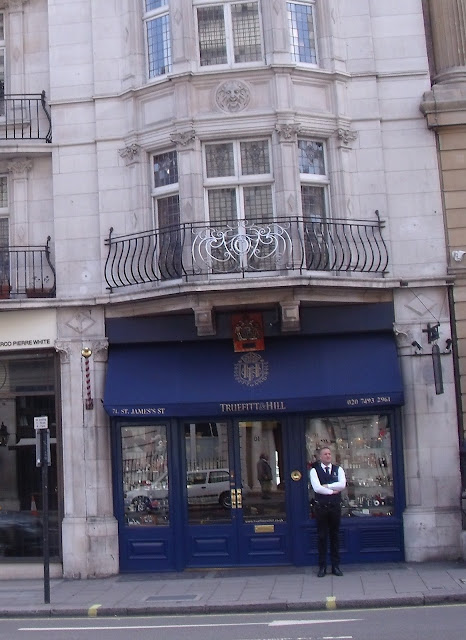 This one is Truefit and Hill - a gentlemen's hairdressers. Love the box of moustache wax in the window: 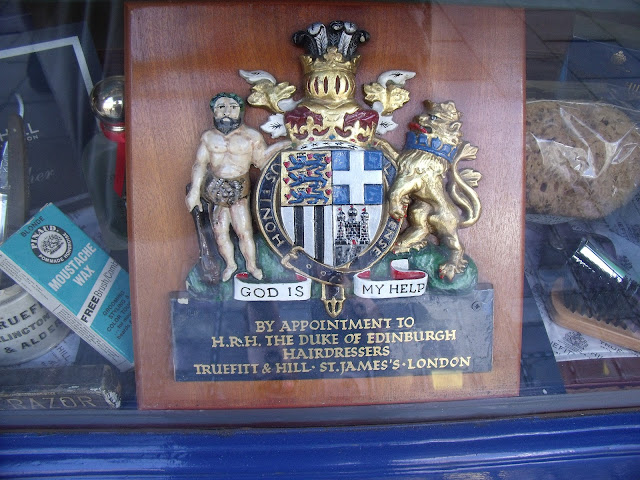