As each team arrives there is a welcome ceremony to the village. I was lucky enough to be in the Plaza as one was happening on Monday. Unfortunately I had forgotten to charge my camera and of course it ran out at a crucial time! 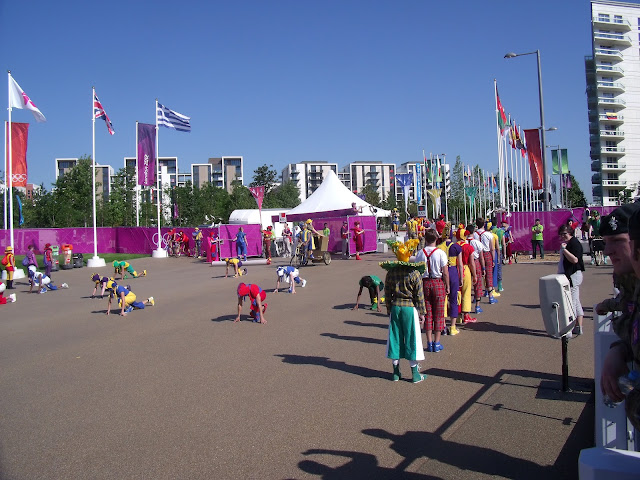 The ceremony is performed by the National Youth Theatre 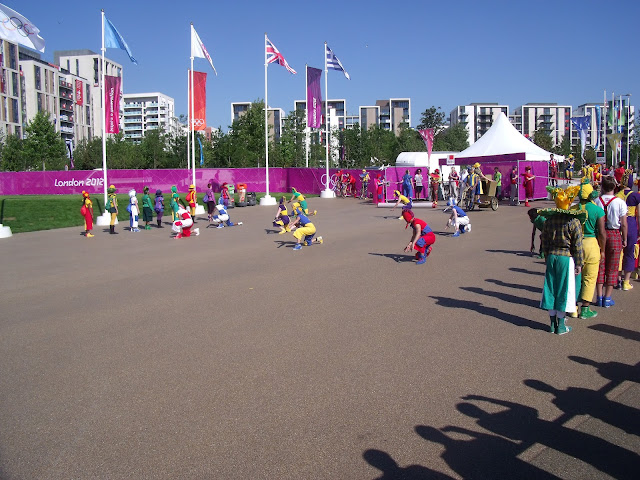 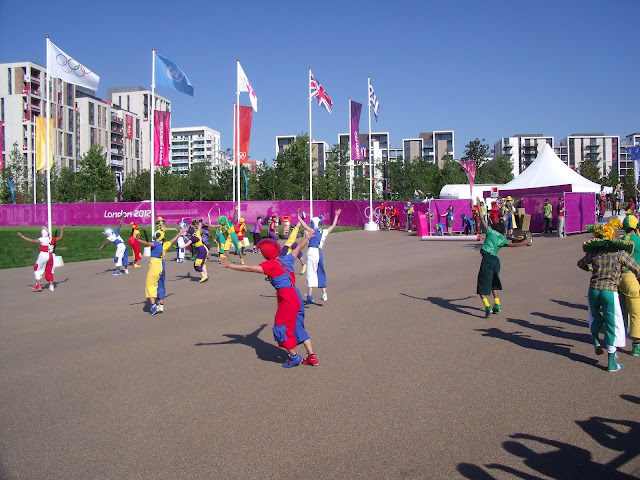 Lots of talented acrobats in the group. 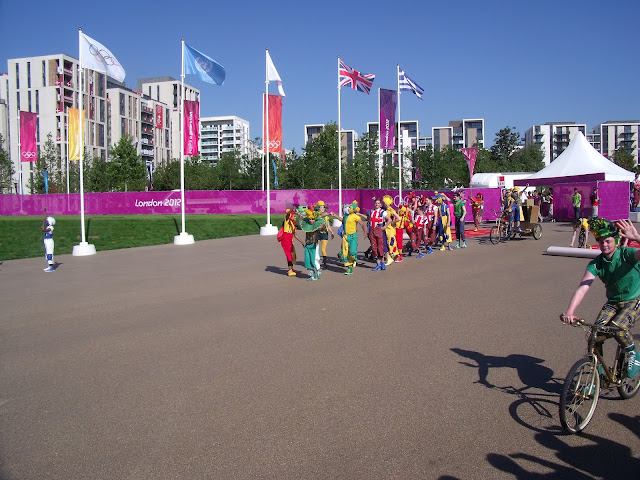 Here the red carpet is being rolled out. 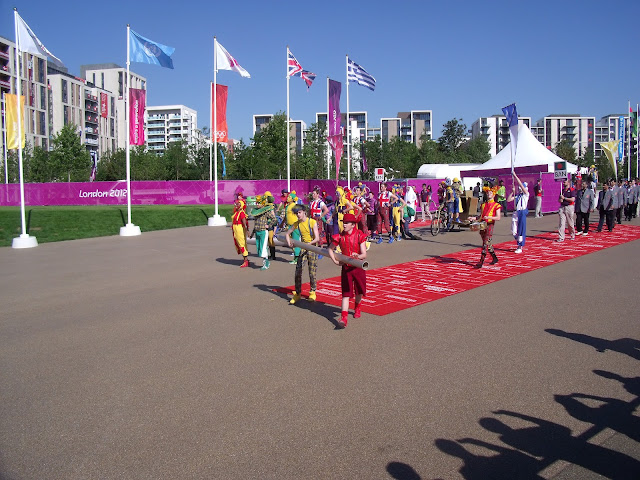 The Bagladesh team are being led down the red carpet. 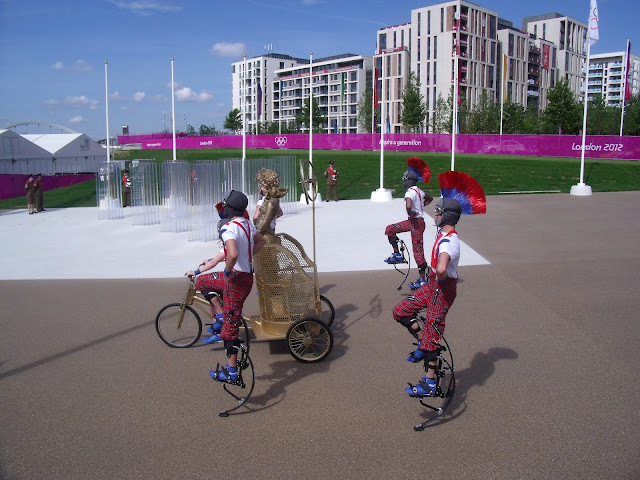 A video of this group would have been much better as once they sprung into action the height they were achieving was awe inspiring. 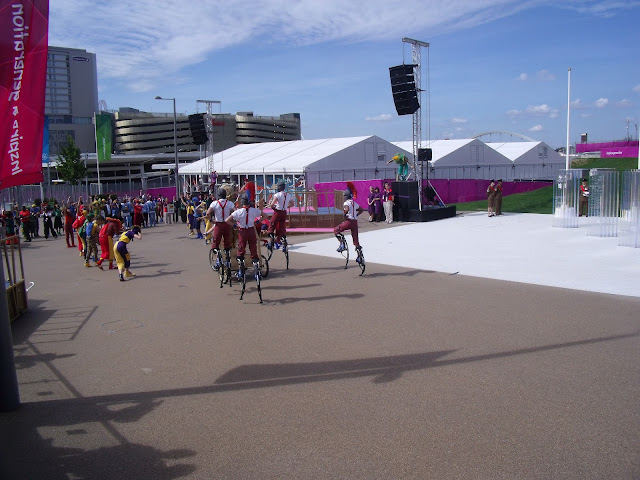 The camera then gave up on me missing out on all the action as the rest of the actors appeared and gave a dazzling performance. The evening before I had caught the end of a ceremony: 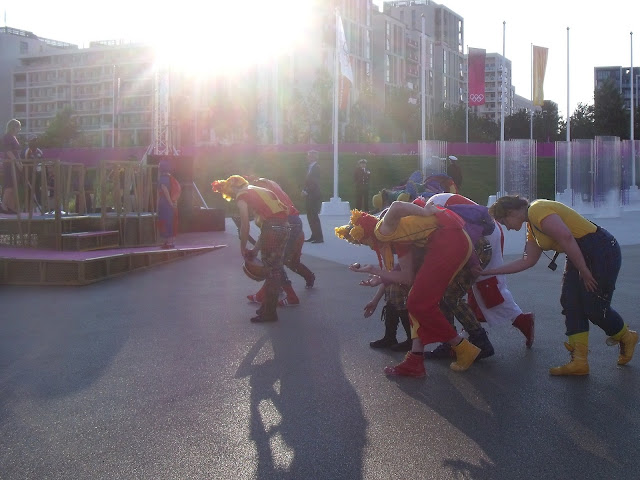 Acknowledging the National flag of the team. 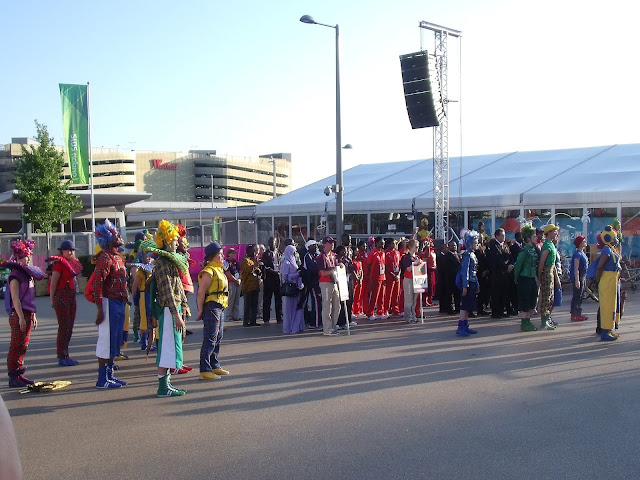 Raising of the team's flag. 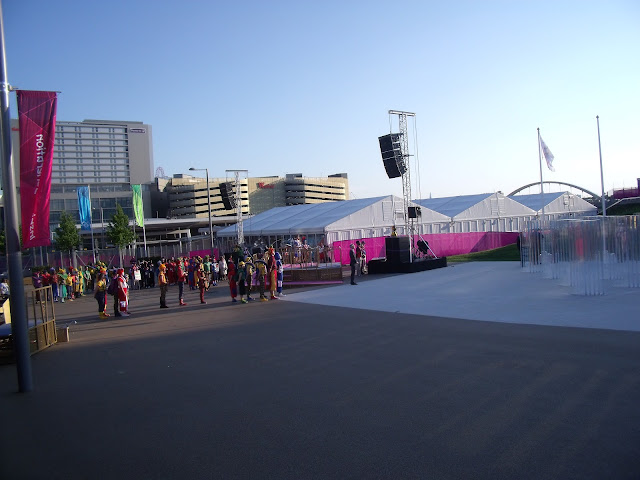 Raising of the Olympic flag. The man in the suit is Jonathan Edwards - The British Olympic and World record holder of the triple jump (a few years ago).

So that was on Monday. At the end of the afternoon I had a message from my son who was unwell and needed some medication. As he lives on his own I decided to leave work an hour early and go and see him. Explained the situation to my manager and off I went. With a high temperature, nausea and diarrhea he wasn't well but was recovering by the next day which was my day off. Wednesday I returned to work and was quite touched by the manager immediately asking how my son was and enquiring about his symptons. Unfortunately I was then told that as my job involved such close contact with the athletes I would have to leave the village for 5 days  unless I also became ill in which case I would be unable to return!