Settling into the Village 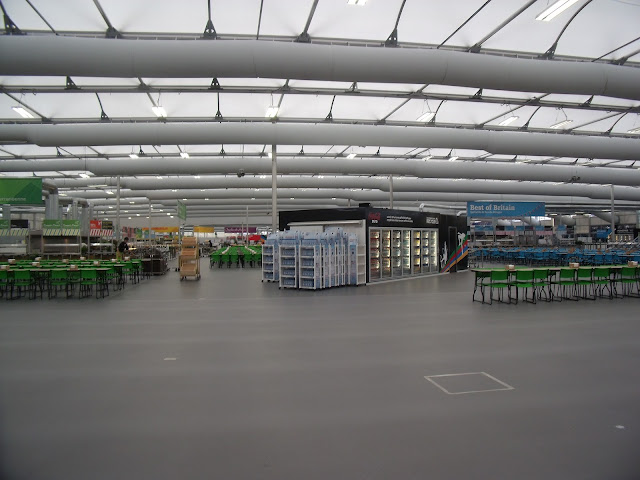 This is inside the main dining room at the Village where the Athletes eat. It has different areas each with a different kind of food:- African, European, Asian, Halal, British and of course McDonalds. I stand outside the hall and check that the Athletes and officials have the correct ID to go inside and eat. On Monday one of the athletes from the Hong Kong team was also outside the dining room greeting all the athletes as they went inside. He was there over 4 hours and I couldn't work out why. My curiosity obviously got the better of me and I went over and asked him what he was doing. Although he didn't speak English  I realised that he was hoping to exchange the souvenir badges or pins with athletes from other nations. Unfortunately he wasn't that successful as the other athletes thought he was just being really friendly. 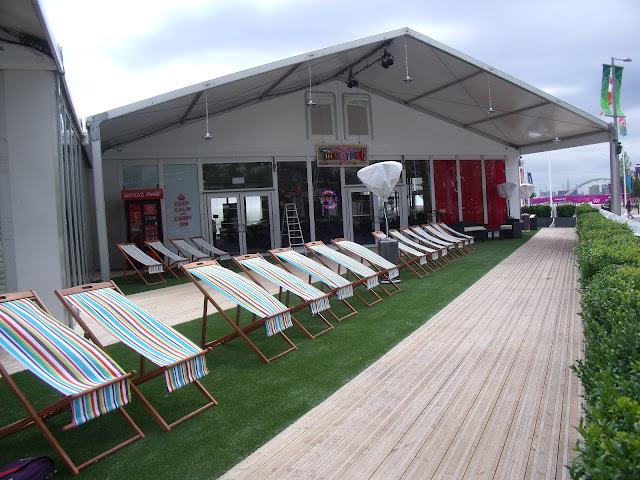 This week I have been working the early shift from 6am - 4.30pm so have felt really exhausted as I have to leave home at 4.45am and don't get back until after 6pm. But today I decided to wander around the village before I went home to see what was new. This is 'The Globe' an entertainment area for the athletes. We are not allowed in but I had a quick  peek inside. It has lots of video machines and table football machines. It also as a cinema to keep the athletes entertained. 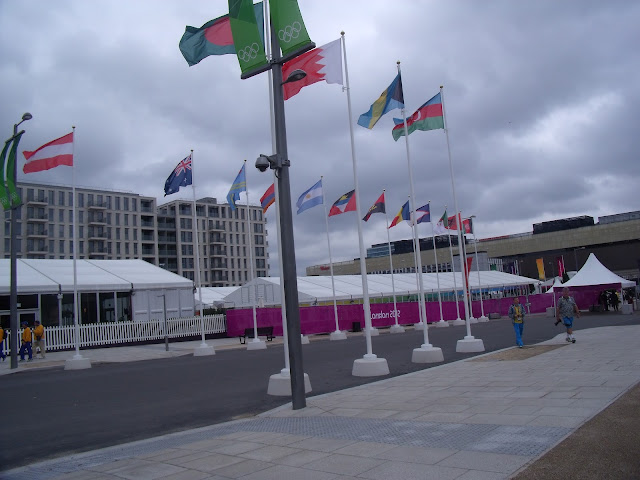 This leads to the Plaza area where there's a bank; a Samsung shop where athletes can make free calls home; internet cafe: beauty salon; post office and a general store. 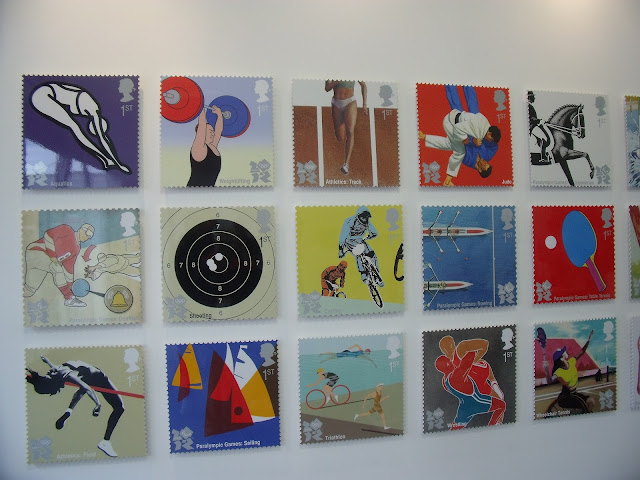 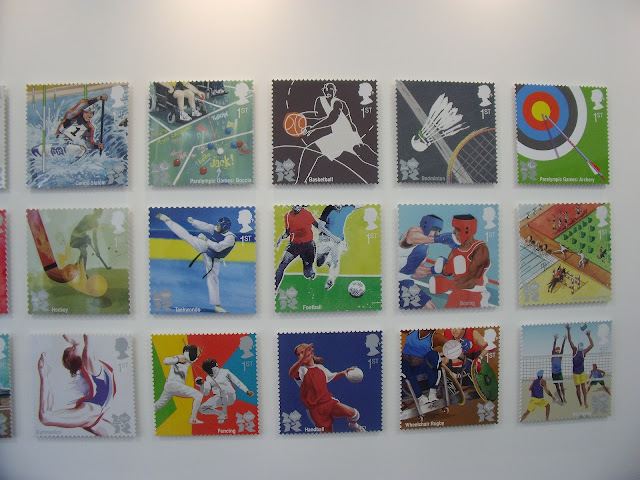 In the Post office they had a display of the commemorative stamps that have been issued for the Games. I thought they made a great display. There are 30 altogether - I couldn't resist buying a set.