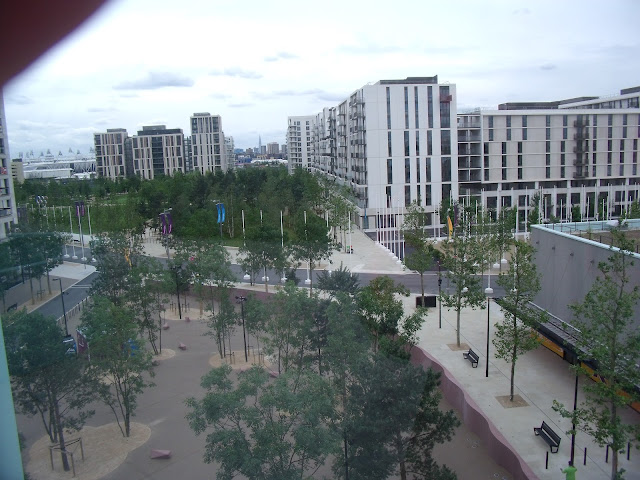 Today I started my first shift in the Athlete's Village. I thought it was never going to happen as there had been an admin glitch and my name had been deleted from the system back in May. After 6 weeks it was finally sorted out and yesterday I turned up ready to work only to find that my accreditation  ID had also been cancelled so I was not allowed inside the village. Although it took nearly all day I did eventually get reinstated.

The village feels a little like a ghost town at the moment as the athletes will not take up residence until Monday but everything looks fantastic. The facilities are amazing. I am working in the foodhall which is so big it  takes nearly 10 minutes to walk from end to end!

My other Olympic role is performing in the Paralympic opening ceremony. The rehearsals are well under way and it has been great fun. I will have two parts in the ceremony neither of which I can discuss but it looks as though it's going to be a great event. It is also very special working alongside very talanted disabled performers.
Posted by Fun60 at 10:26