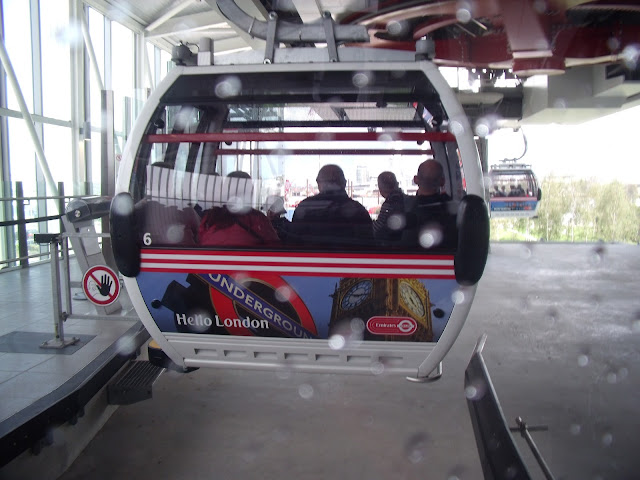 A new river crossing opened this week connecting the 02 at Greenwich Peninsula with the Victoria docks near Excel convention centre. I couldn't wait to try it out. It can carry 2500 people an hour across the Thames. Not quite sure how useful its location  will be but I think it will be one of those things that you just have to do to get a different perspective of the Thames. 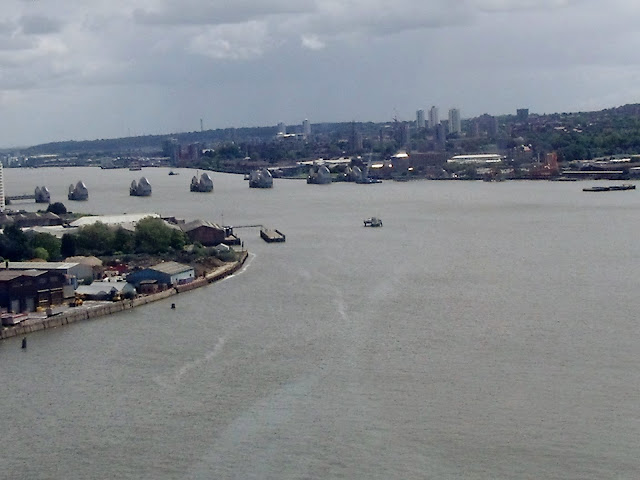 This shows the Thames Barrier which is London's most effective flood barrier. 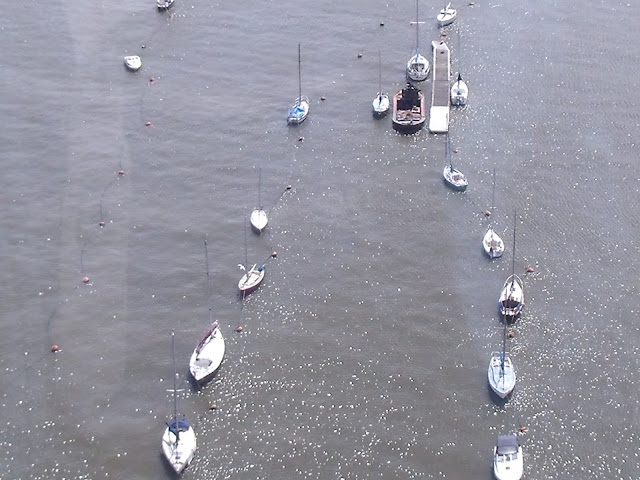 Even in the rain the Thames looks beautiful from this height 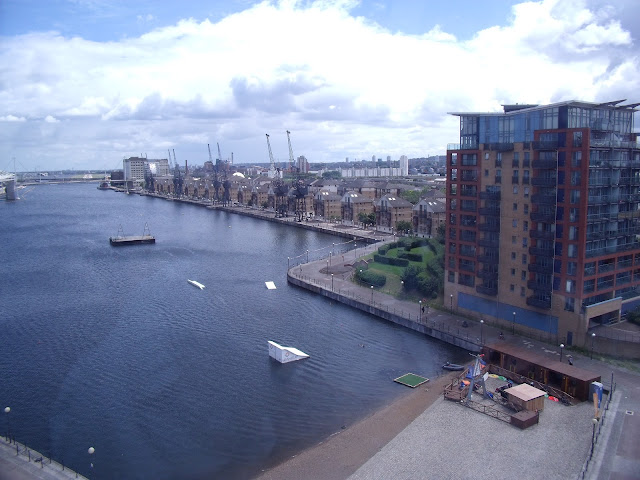 Now we are above the Royal Victoria Docks no longer used for their intended purpose but used now for leisure activities. 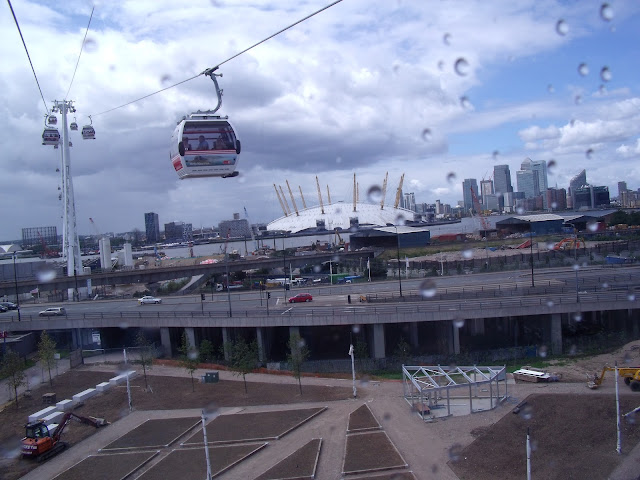 Decided to take the return journey so I could see the views from the other side of the cable car. 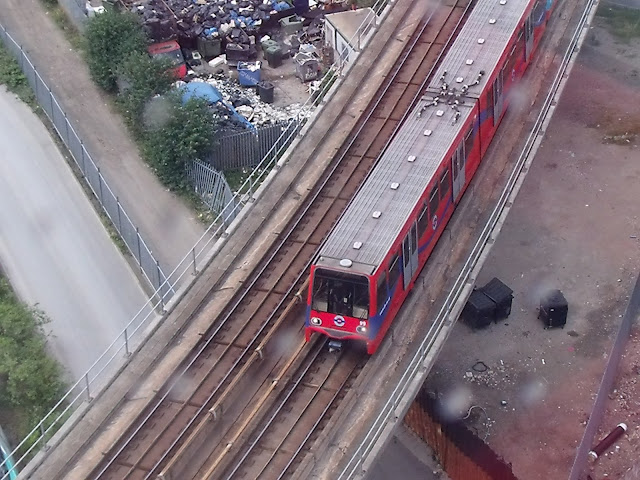 A great view of the Docklands light railway which uses a tunnel to cross the river. 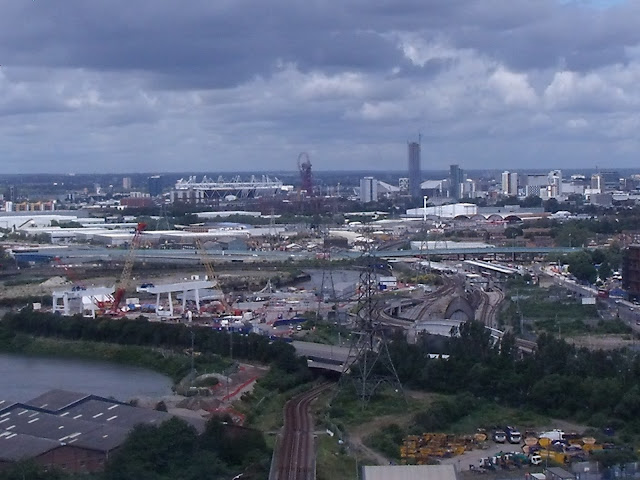 This shows the Olympic stadium in the distance with the red Anish Kapoor observation orbit overlooking the Olympic park. 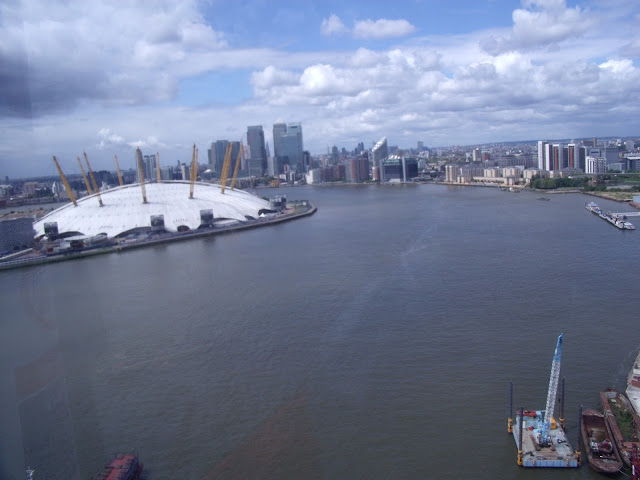 Here you can see the bend in the river as it flows past the Greenwich Peninsula -  dominated by the white 02 structure. This is now used for concerts and large events. On the other side of the river from the 02 is Canary wharf with its high rise office blocks. 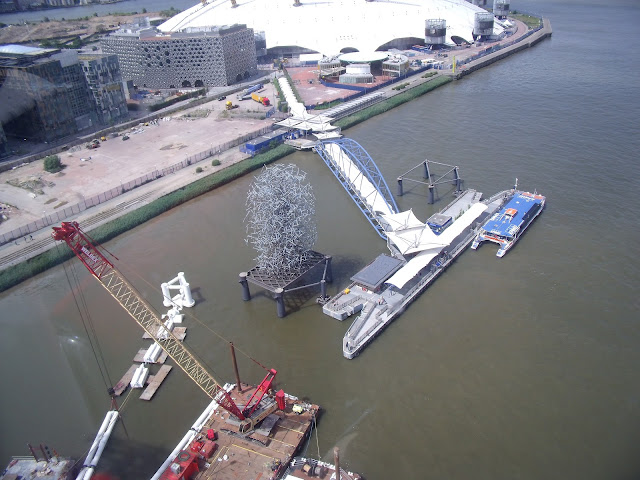 We are looking down at Greenwich pier where you can pick up a passenger boat to take you into London. Next to the pier is a sculpture - 'The cloud' by Anthony Gormley. It is a steel structure which I had heard that looking at it in a particular way you can see a figure in its midst. 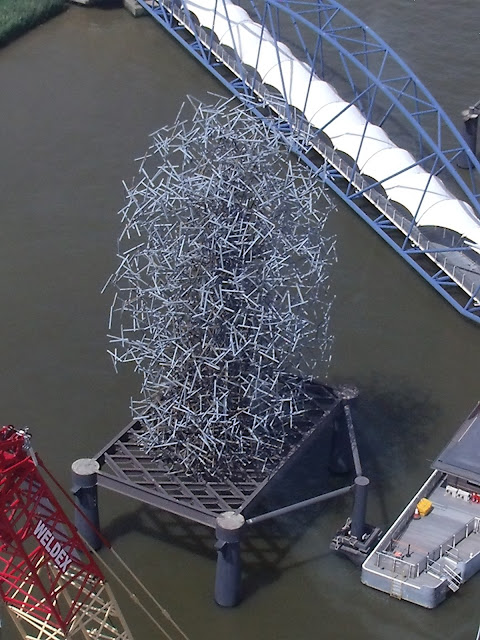 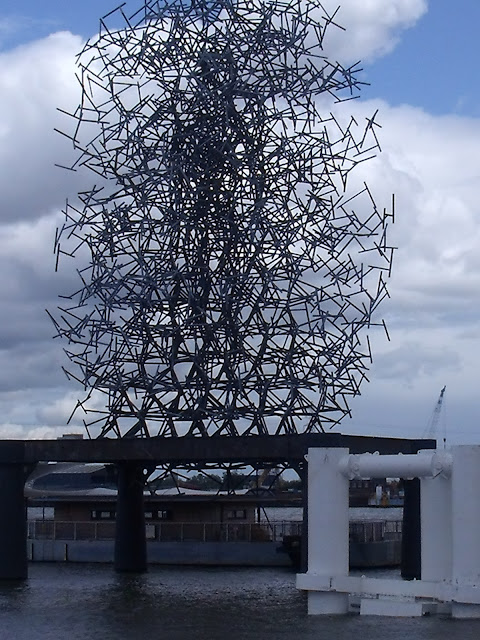 After my cable car ride I took a closer look at 'The cloud' and yes I think I could see that elusive figure. 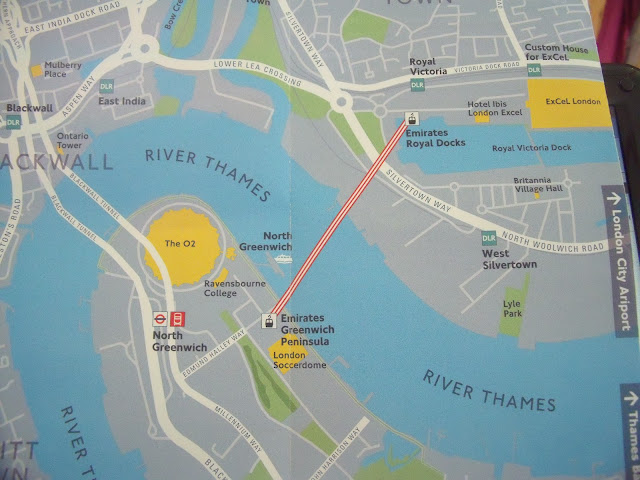 For anyone who is interested here is a map showing the new crossing.
Posted by Fun60 at 20:35