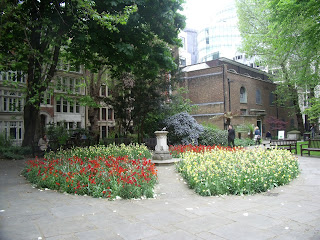 Since returning from Madrid I am back to my walks around London looking for interesting places to photograph and research. Today I was walking around the City of London and came across the Postman's park.

It is in the middle of office buildings in between St Paul's Cathedral and the Museum of London. The park was named after the many postmen who used to visit it during their lunch breaks as the General Post Office was next door to the park.Noe the garden is a peaceful refuge for workers from the surrounding offices. 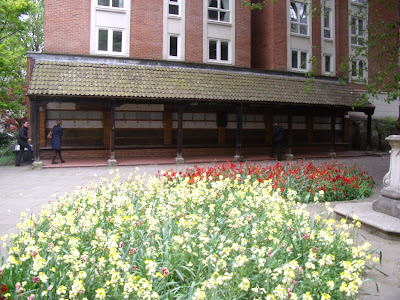 More than that though, the park contains hundreds of tributes to people who have made the ultimate sacrifice losing their lives to save others. The brainchild of painter  G F Watts, the park's centrepiece is a sheltered wall, embossed with hand-lettered Royal Doulton tiles, each one commemorating amazing acts of bravery. Many of the plaques have amazing art nouveau borders. They make for an interesting read. 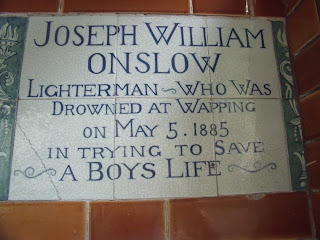 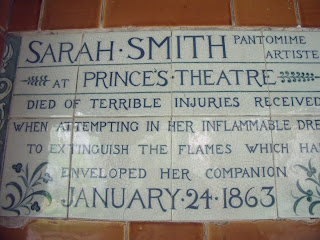 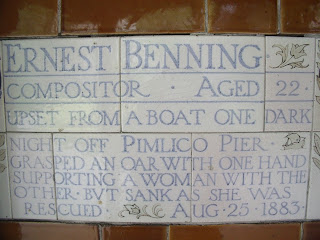