Beneath the clock in St Pancras International station, London, you will find this 20 tonne bronze statue called 'The Meeting'. Created by Paul Day it stands over 30ft high and tries to reflect the romantic side of travelling. Modelled on himself and his half-French wife, the sculptor wanted to show the meeting between an Englishman and his French lover. (St Pancras is home to the Eurostar train, London's gateway to Europe.) The statue has had many critics who felt it was too large and detracted from the beautiful railway station's architecture. 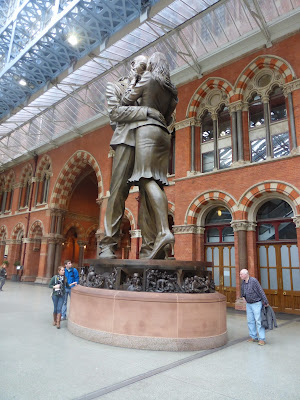 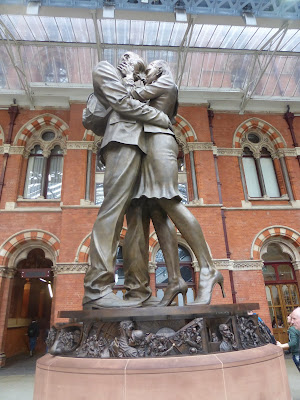 Below the statue is a frieze depicting different journeys on a railway theme.