Beneath the skyscrapers of the city of London lie the remains of St Ethelburga's church. 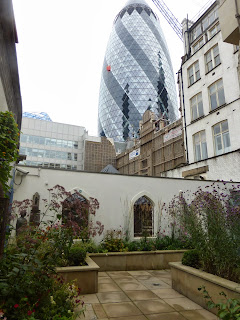 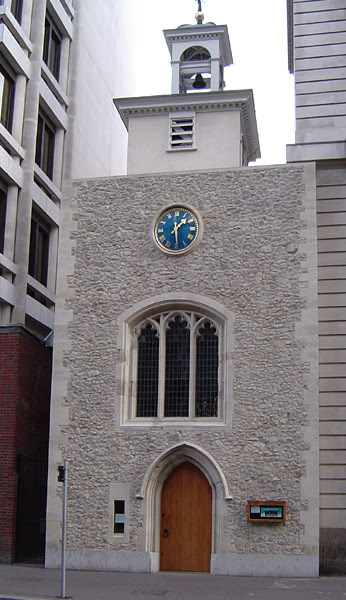 It isn't known when the church was first founded but records showing its existence date back to 1252. It was rebuilt around the 1400s and a square bell tower added in 1775. This is how it looks from the front.

It was  slightly damaged during the Blitz in WW2. But  during the IRA bombing of Bishopsgate in 1993,  when a bomb exploded,  much of the church was destroyed with an estimated  £350m worth of damage in the surrounding area. 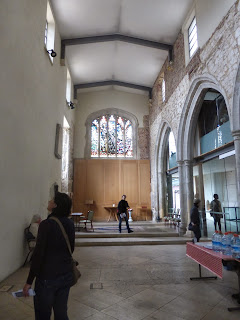 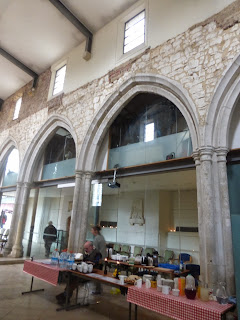 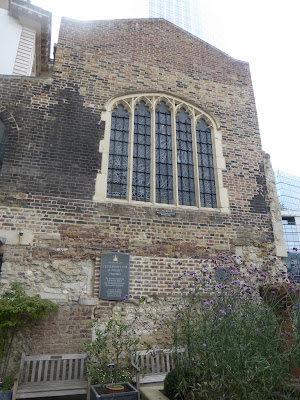 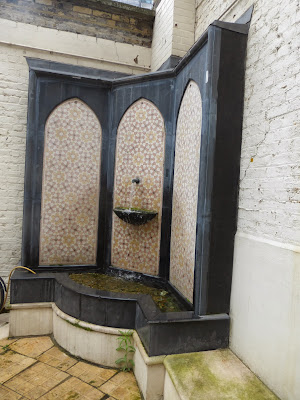 The church is now a centre for Reconciliation and Peace. It holds various meetings and events throughout the year to look at the relationship between faith and conflict. 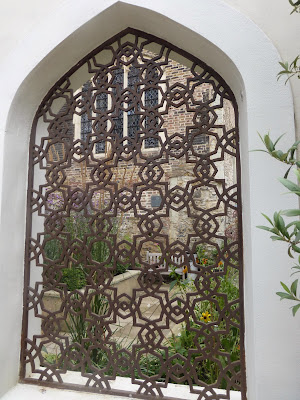 As today is the 11th day of the 11th month and Remembrance day in the UK let us hope for more Peace and Reconciliation throughout the world.