This station is home to the Great Eastern railway. Liverpool St station is the fourth busiest station in the UK. London's Wateloo, Victoria and London Bridge being the other three. Trains from here travel eastwards towards Cambridge and East Anglia. 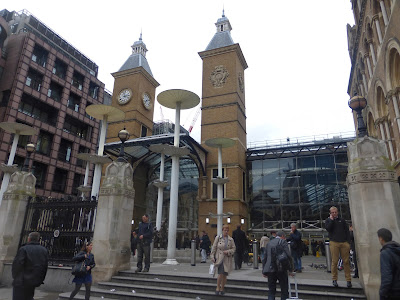 It was first opened in 1874 but was hit by enemy aircraft in 1917 during the first world war. 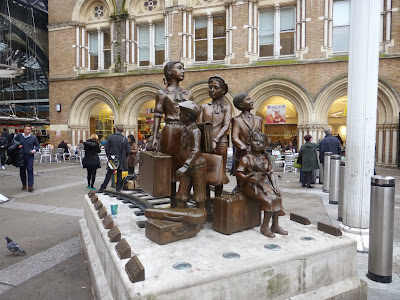 During WW2 it was the entry point for the thousands of Jewish children who had escaped  the Nazis. On the platforms were their new foster parents waiting for them.

In Hope Square just outside the station is this statue to the Children of the Kindertransport. The dedication says 'In gratitude to the people of Britain for saving the lives of 10.000 unaccompanied mainly Jewish children who fled from Nazi persecution in 1938 and 1939. 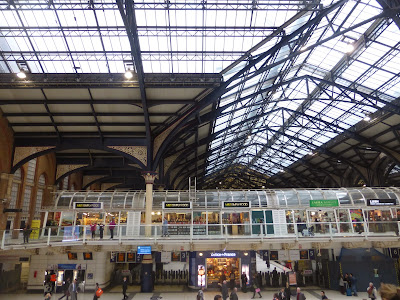 The station was modernised between 1985-92 but was slightly damaged again in '93 in the Bishopsgate bombing. On 7th July 2005 during the terrorists attacks 7 people were killed when a bomb exploded on an underground train as it left Liverpool Street. 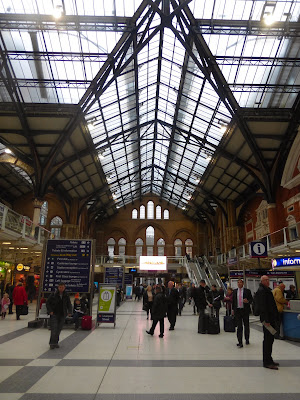 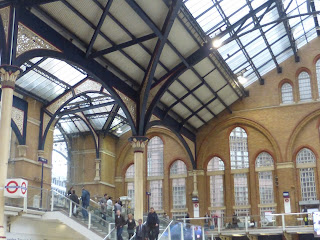 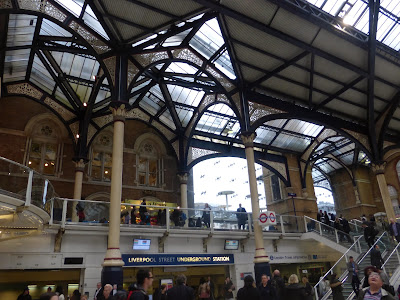 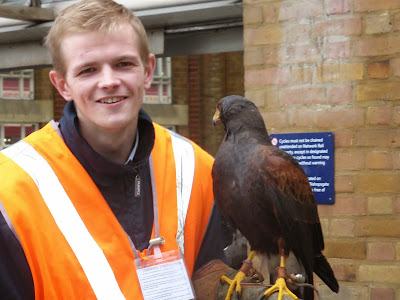 When I came across this falconer holding a Harris's hawk outside the station I thought he was showing the bird to some children nearby, but actually, he was a pest controller. 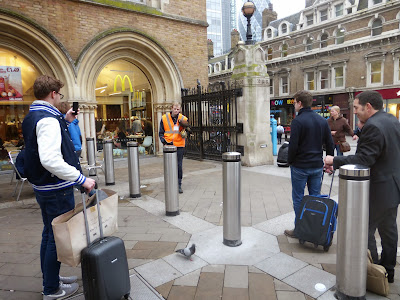 He patrolled the cafes outside the station and prevented the pigeons from landing there.  You might also spot another hawk in Trafalgar Square that flies around the square daily to control the number of pigeons.