The 3rd weekend in September is always Open House London. It first started in London in 1992 and now takes place in over 20 countries. If you are interested in buildings it is the ideal way to see inside some familiar buildings which are not usually open to the public. This year 800 buildings and engineering sites were open over the weekend  and I have seen some very interesting and unusual buildings over the years. However, the one I've always wanted to see is Lloyds of London. The queues have always put me off but this year I was determined and arrived early to join the queue. Time passed quickly as everyone was chatting and joking in the long line. After about an hour and a half I was inside the building. 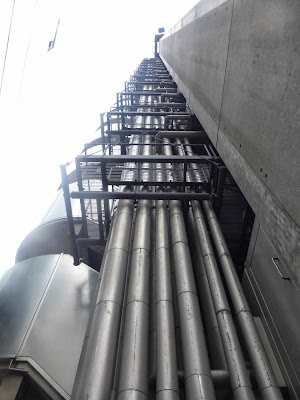 Built by Richard Rogers partnership in 1986 it has won many awards as has another Rogers building - Pompidou Centre in Paris. There are similarities with both buildings being almost inside out. 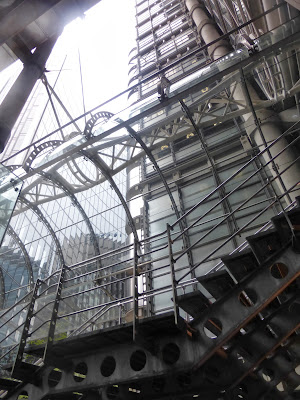 This is the barrel vaulted glass roof which is 60m high. 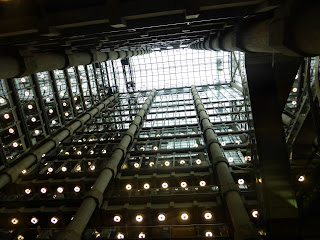 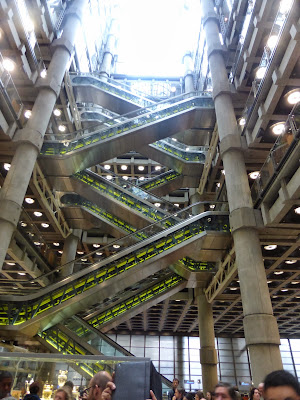 The escalators are in the centre of the building whilst the 12 glass lifts run up and down the towers on the outside of the building providing the occupants with magnificent views across London. 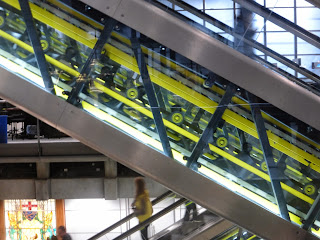 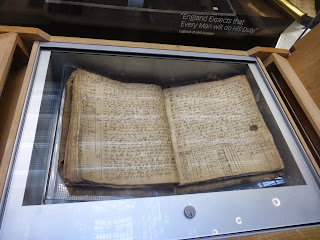 Also on display is the log book from HMS Euryalus which contains the message Nelson sent to his fleet before the battle of Trafalgar in 1805 ' England expects that every man will do his duty'. 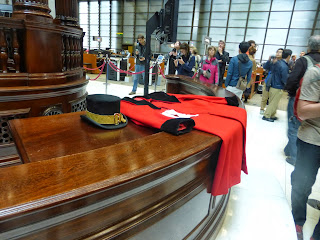 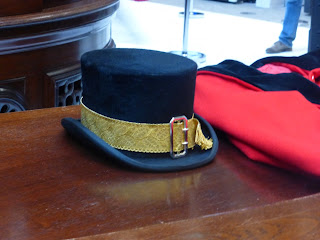 These are the outer garments worn by the doormen who are referred to as 'Waiters'. This is a throwback to the origins of Lloyds when it all began in a coffee shop in the 17th cent. Merchants gathered information in coffee houses, each one a centre of specilised interest. Edward Lloyd's coffee shop was the centre for ships and money. It was here that ship owners gathered to gain insurance from wealthy merchants. Today Lloyds conducts business in more than 200 countries and territories. 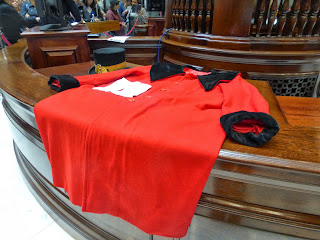 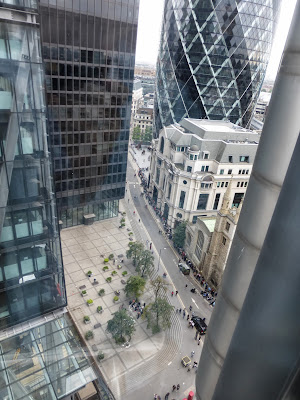 View from one of the lifts. 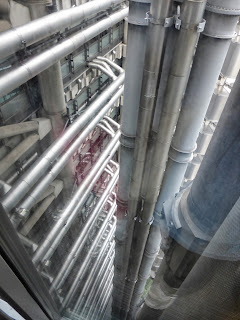 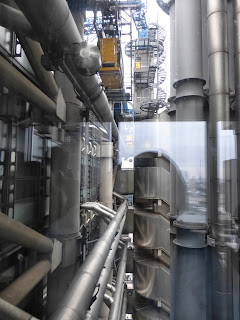 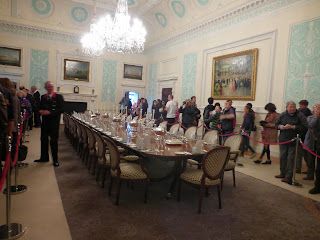 This room designed by the architect Robert Adam in 1763 was bought at auction and installed into the 1958 Lloyds building.  The room was put into its present home in 1986 and is used for meetings as well as dining. 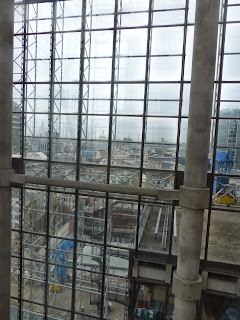 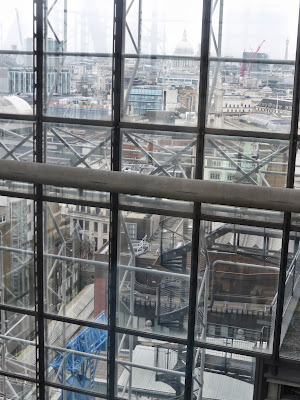 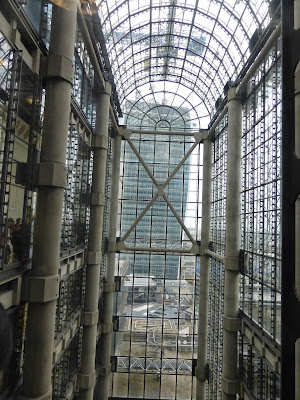 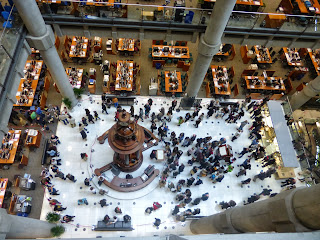 Looking down onto the dealing floor. 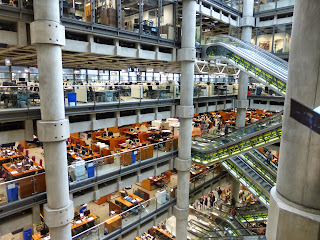 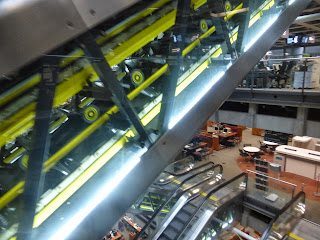 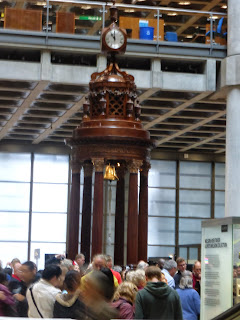 The Rostrum dominates the ground floor of the Room. The famous Lutine bell hangs in the Rostrum and has traditionally been rung to herald important announcements. One stroke for bad news and two strokes for good news. The bell was carried on board the HMS Lutine when she sank with her cargo of gold and silver in 1799. The ship was insured by Lloyds underwriters and was paid in full (£83m in today's money). 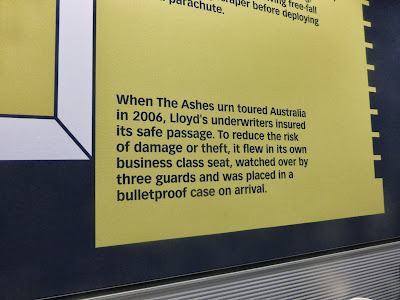