Harrods is one of the world's largest and most famous department stores. It has 7 floors and 330 departments and covers more than 1 million sq ft (90,000 sq m). Situated in Knightsbridge, London, it attracts 15 million visitors a year.
It was established in 1849 by Charles Henry Harrod and began as a single room with 2 assistants and a messenger selling mainly tea and other groceries. By 1880 it had expanded and offered everything from medicines to perfume. It burnt down in 1883 but was rebuilt into what you can see today. 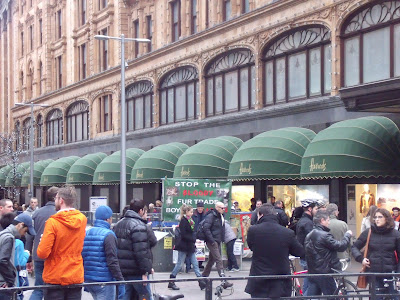 During the 2WW it transformed from selling luxury goods to making uniforms, parachutes and parts for Lancaster bombers.

In 1985 Mohammed Al Fayed bought it for £615m from the House of Fraser group.


After the death of his son Dodi and Diana, the Princess of Wales, in 1997, he created a memorial to the couple inside the store. Although Fayed sold Harrods to the Qatari Royal family in May 2010 for £1.5bn, one of the conditions of the sale was that the memorial remained in his son's honour. 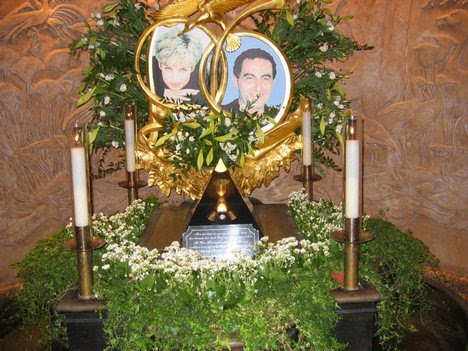 The store has twice been the subject of bomb attacks by the IRA. In 1983 6 people were killed by a car bomb outside the store leaving another 75 injured. In 1993 four people were injured in another bomb explosion.


Today the store is not only known for its luxury goods but also the food hall where you can buy almost any kind of exotic food. 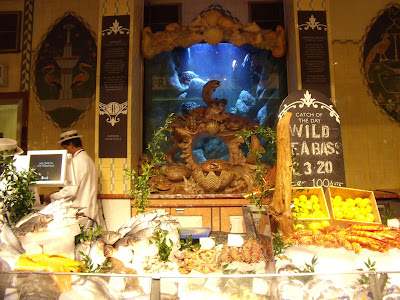 This is the fish counter. The tank in the background has live fish in it but they are not for sale. 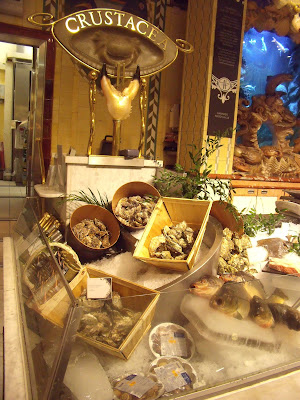 Lots of oysters on sale here.

Looking up there is a beautiful tiled ceiling showing pictures of the various game which is sold on the meat counter. 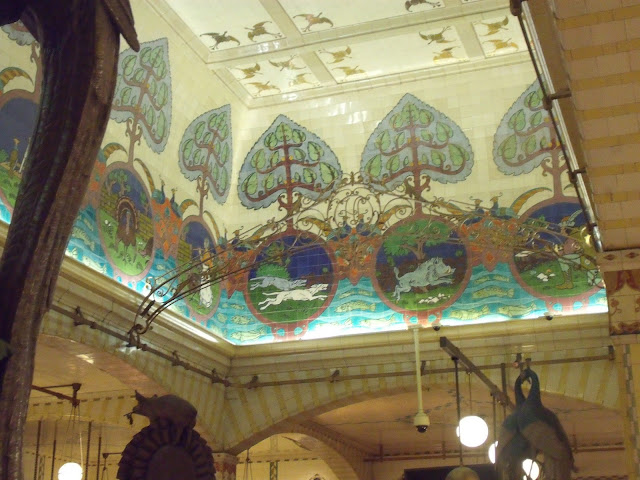 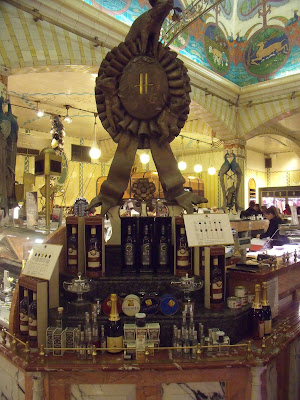 Anyone for caviar and champagne? 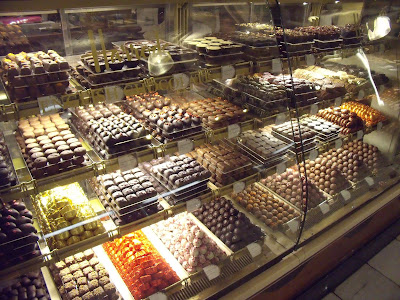 Or some hand made chocolates? 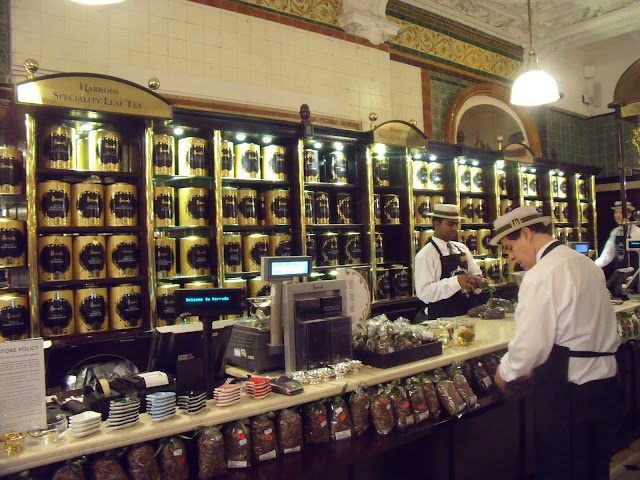 And this is the tea counter where of course it all began for Mr Harrod way back in 1849 not quite as large as it is today though.