This last weekend was the 350th anniversary of The Great Fire of London. Unfortunately I wasn't in London and missed a programme of events including a domino-like sculpture that snaked its way through the City streets tracing the multiple paths of the fire; a fire garden outside Tate Modern; flames projected onto St Paul's Cathedral and this wooden sculpture of 17th century London. 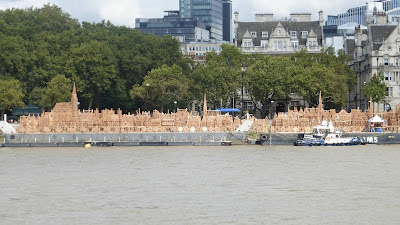 This 120m long wooden sculpture of the London skyline was constructed by hundreds of schoolchildren and young people from the Inner London Boroughs. The models were put onto a couple of barges on the Thames so I was able to have a look at it last Friday before coming up to Manchester for the weekend. 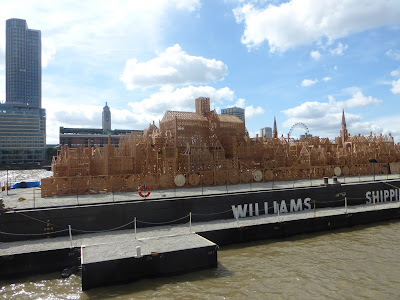 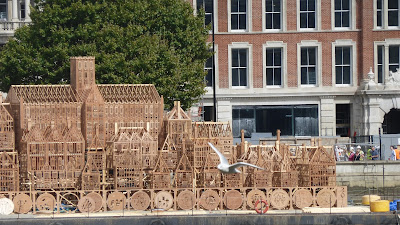 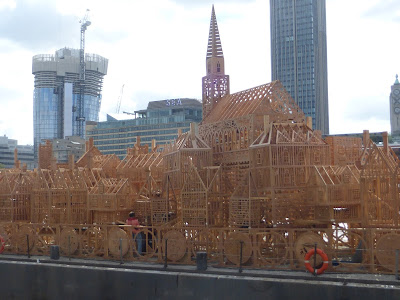 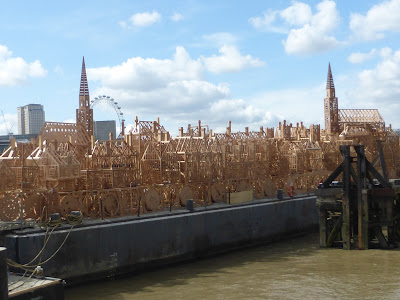 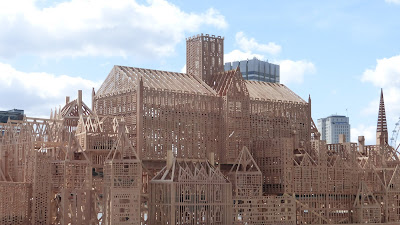 On Sunday it was floated on the  Thames and burned in a dramatic retelling of the story of the Great Fire. The fire which began in a bakery on Pudding Lane on the evening of 2nd Sept 1666 destroyed 13,200 houses, 87 parish churches, The Royal Exchange, Guildhall and St Paul's Cathedral. Closely packed buildings made from timber and pitch burnt easily. 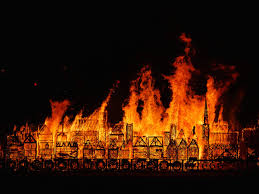 (This image of the burning model was taken from the Londonist)