First impressions of the Galapagos

As there was limited internet connection in and around the Galapagos Islands it is only now that I am able to share a few photos with you. 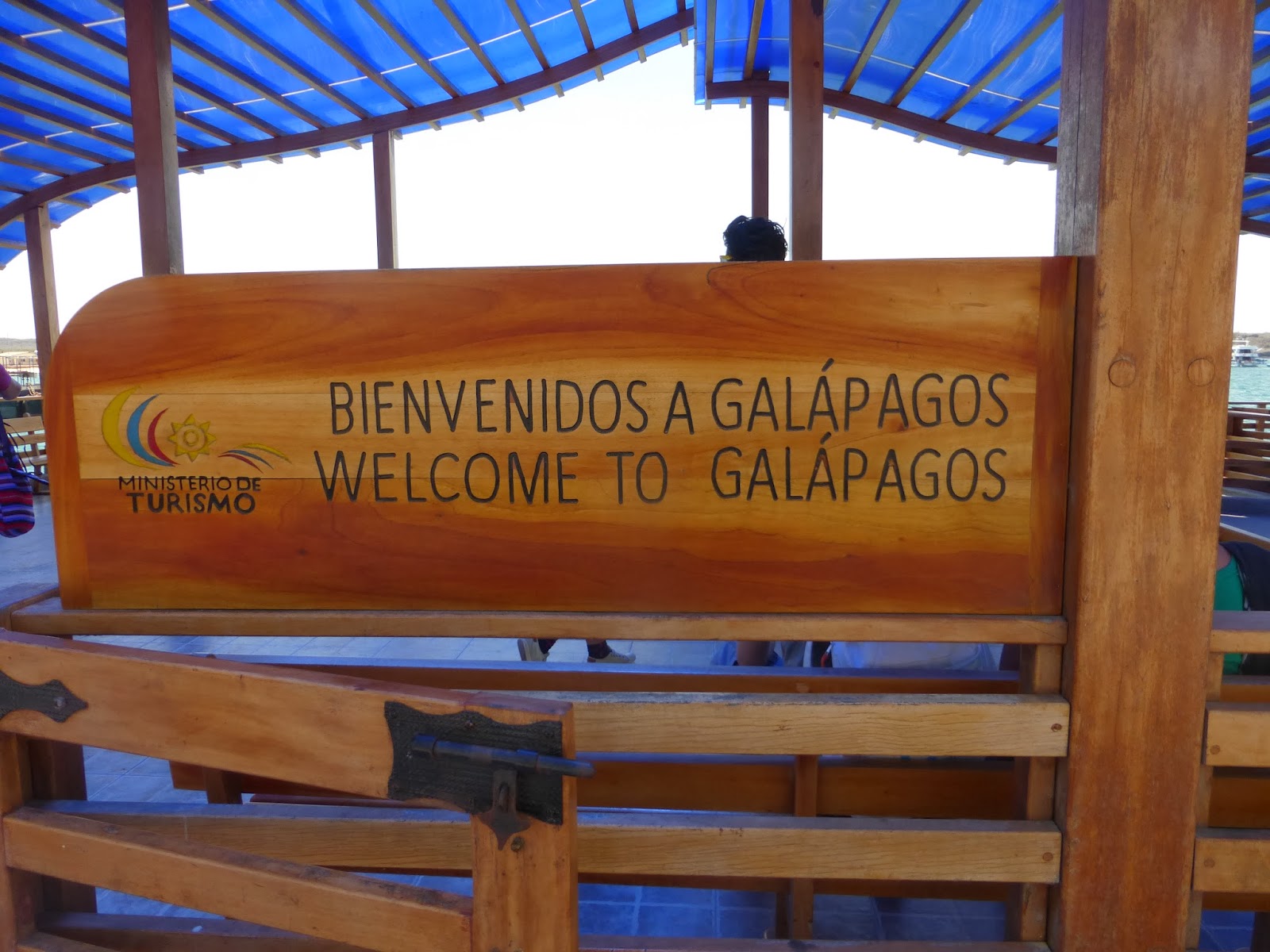 We flew from Quito in Ecuador to Baltra airport in the Galapagos and were then transported, first by bus then dinghy to the boat where we would be living for the next 8 days. 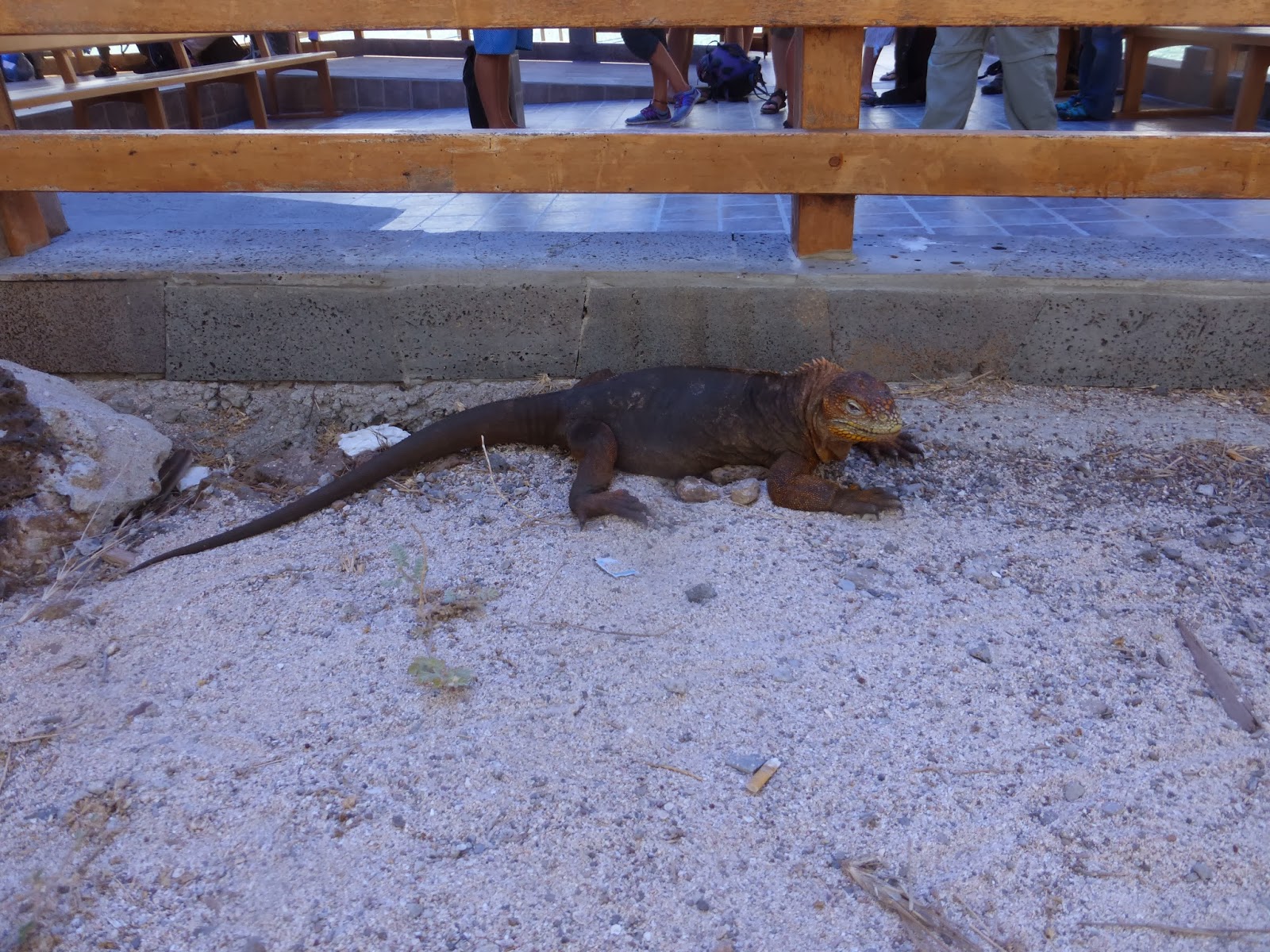 As soon as we stepped off the bus the wildlife was in evidence. This is a marine iguana that had crawled out of the water to greet us. 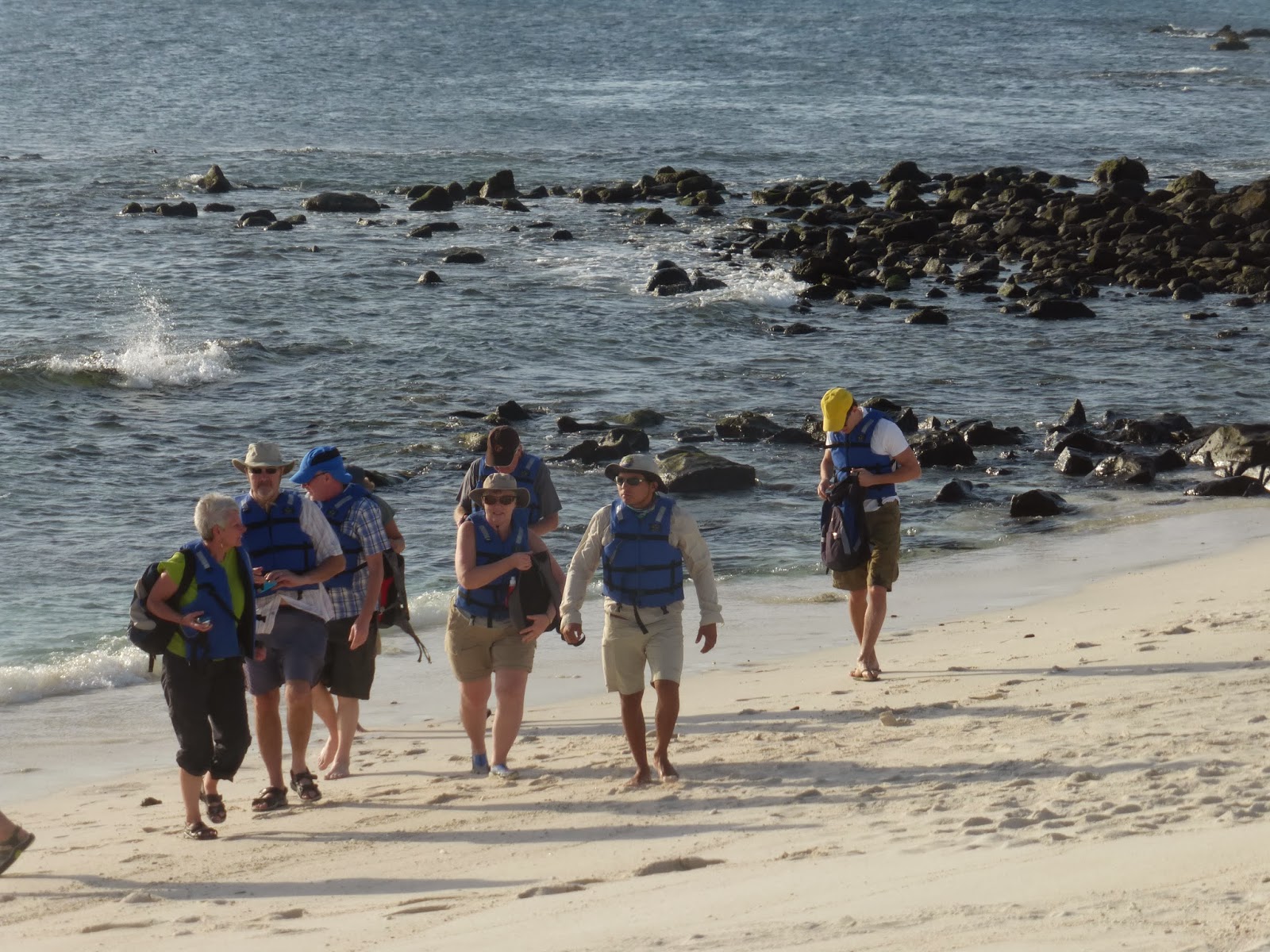 The first island we visited was Mosquera, a small sandy island where we would be able to view the sea lions up close. This was the only island we visited where we did not have to remain on the clearly marked pathways. We could wander around as long as we followed the 2 most important rules of the island - no touching the wildlife and always remain 2 metres away. 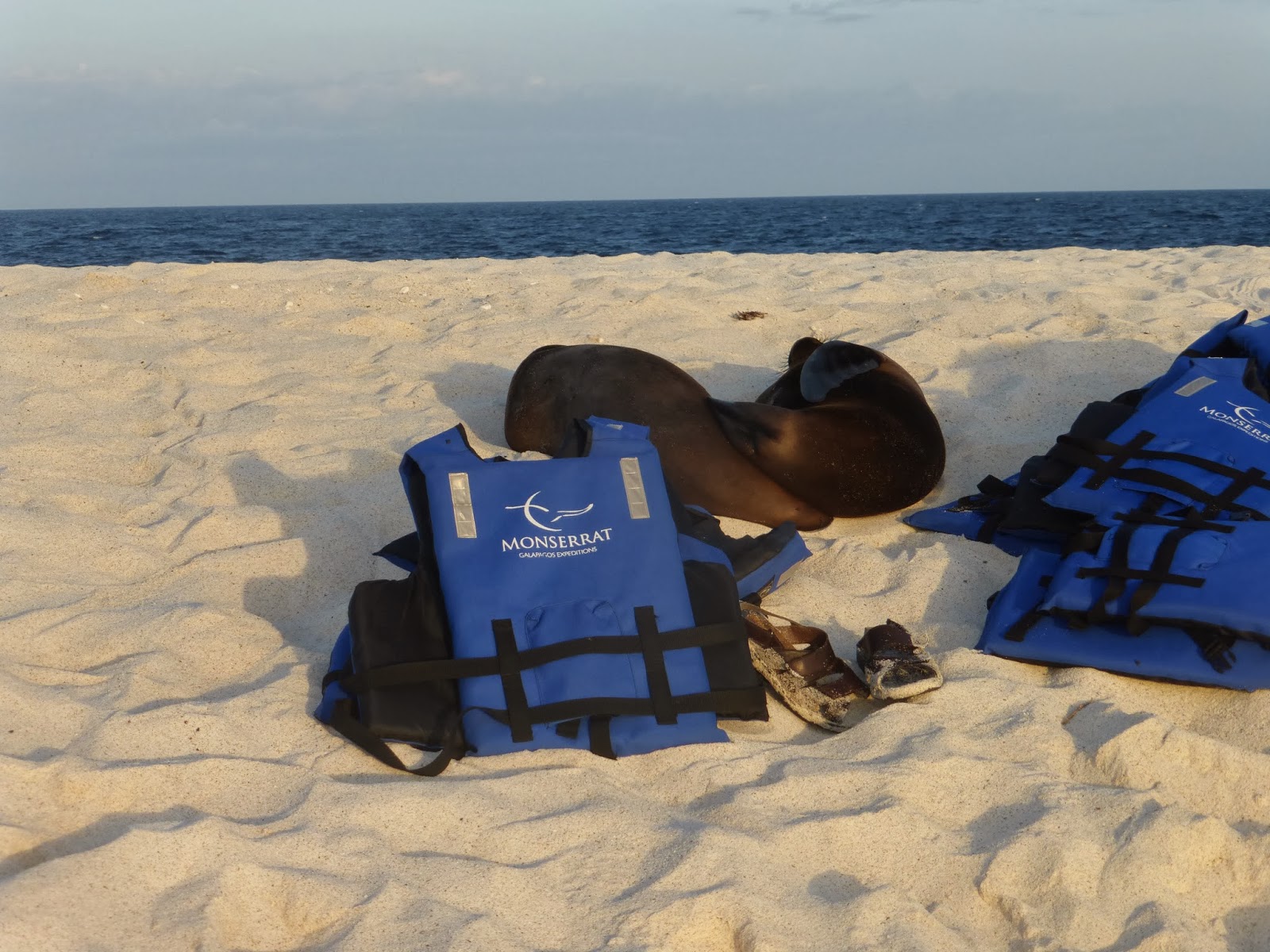 Easier said than done as the sea lions were quite inquisitive. 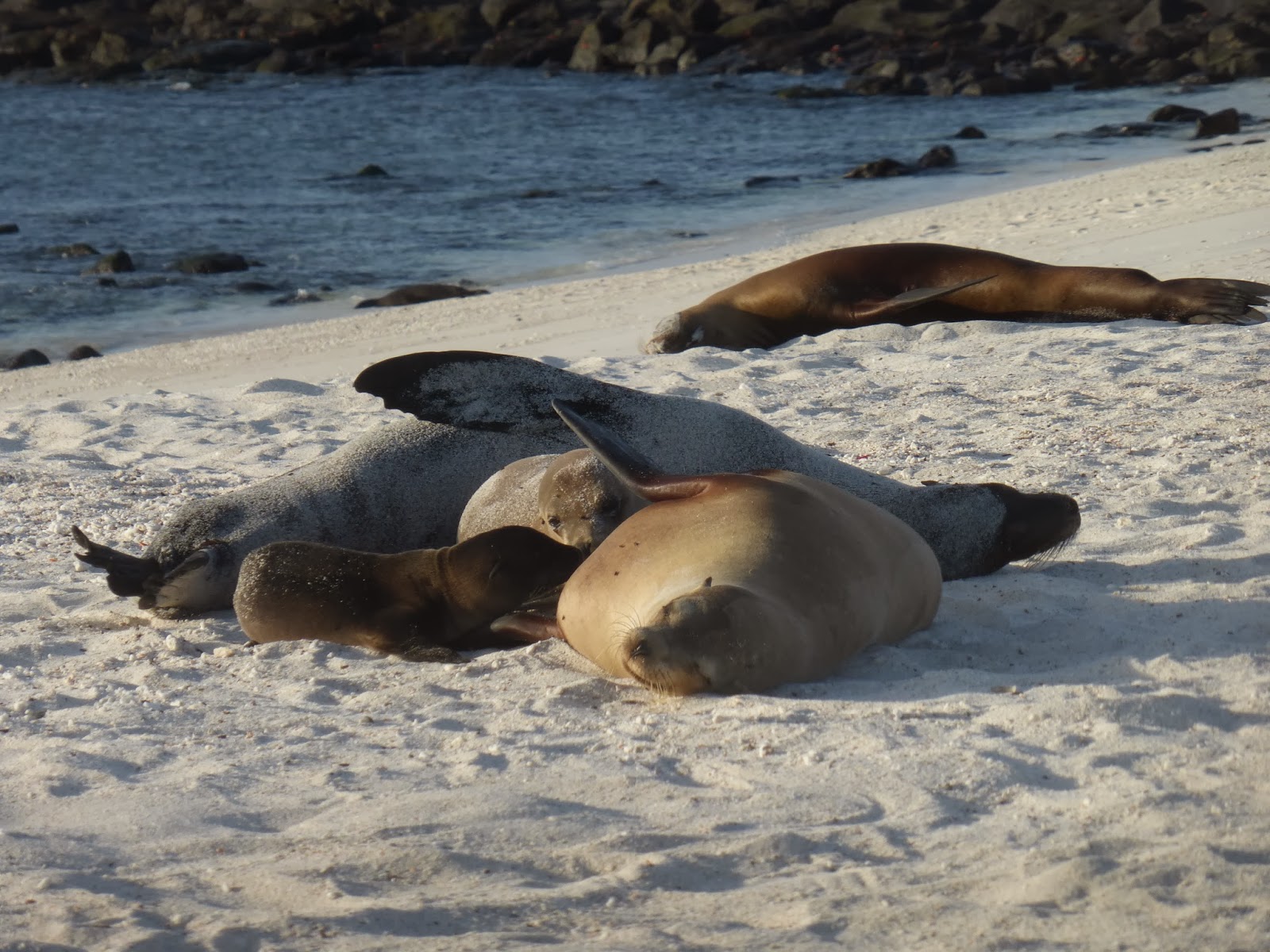 We were able to just stand and watch such intimate moments such as this cub suckling his mother. 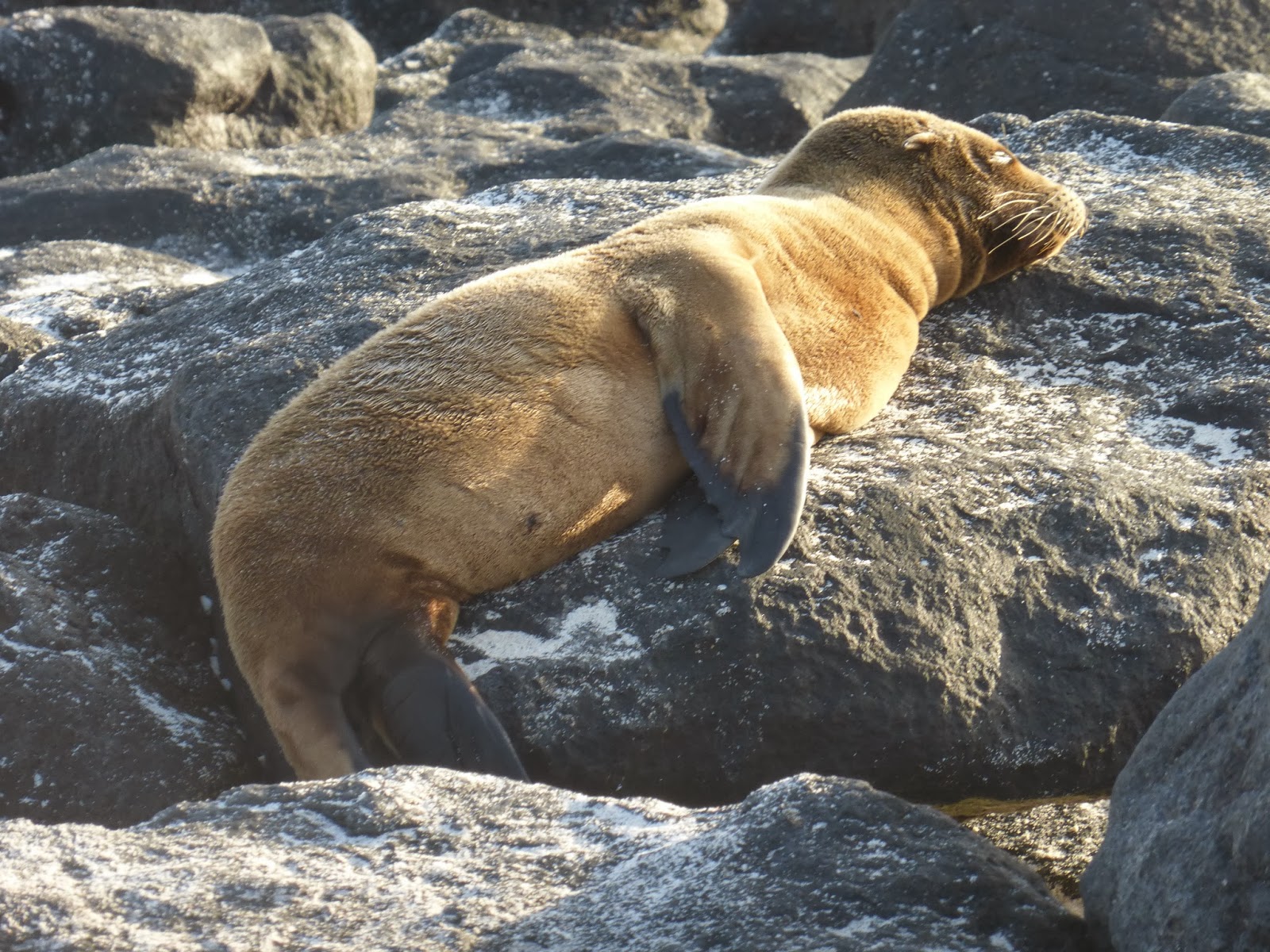 This young one was just having a nap in the sunshine. 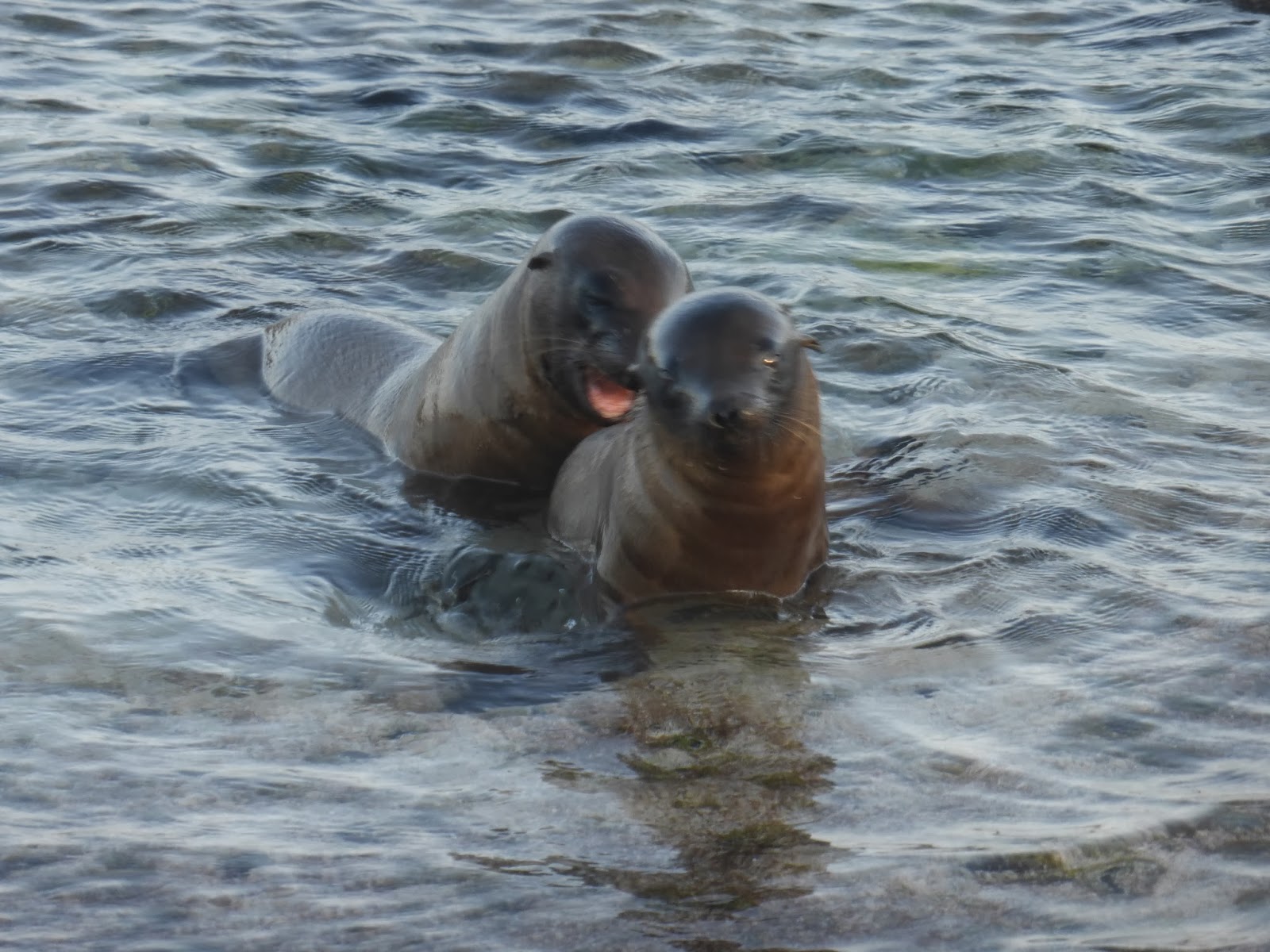 Playing in the sea. 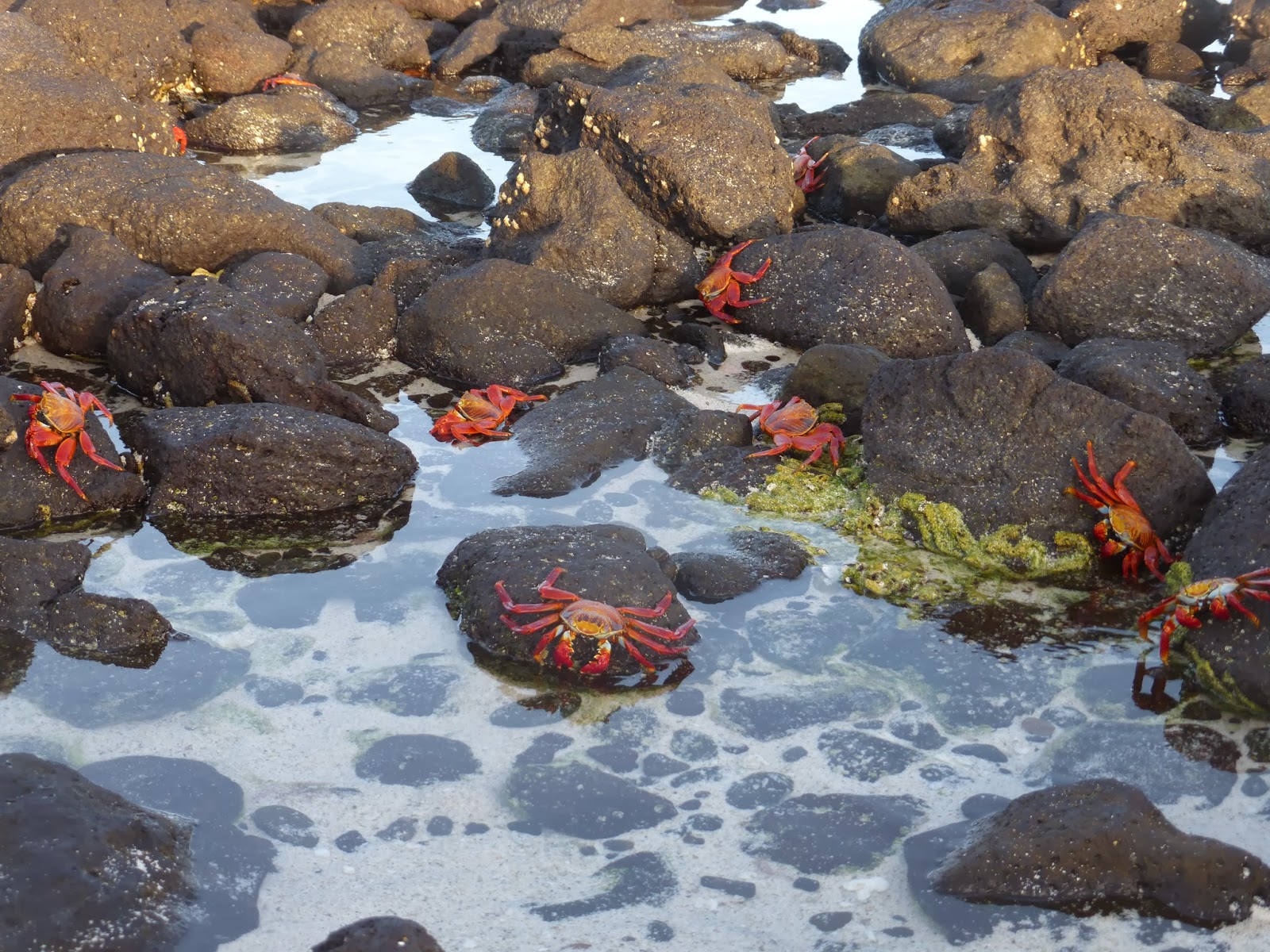 The rocks were covered by the 'Sally Lightfoot' crabs. 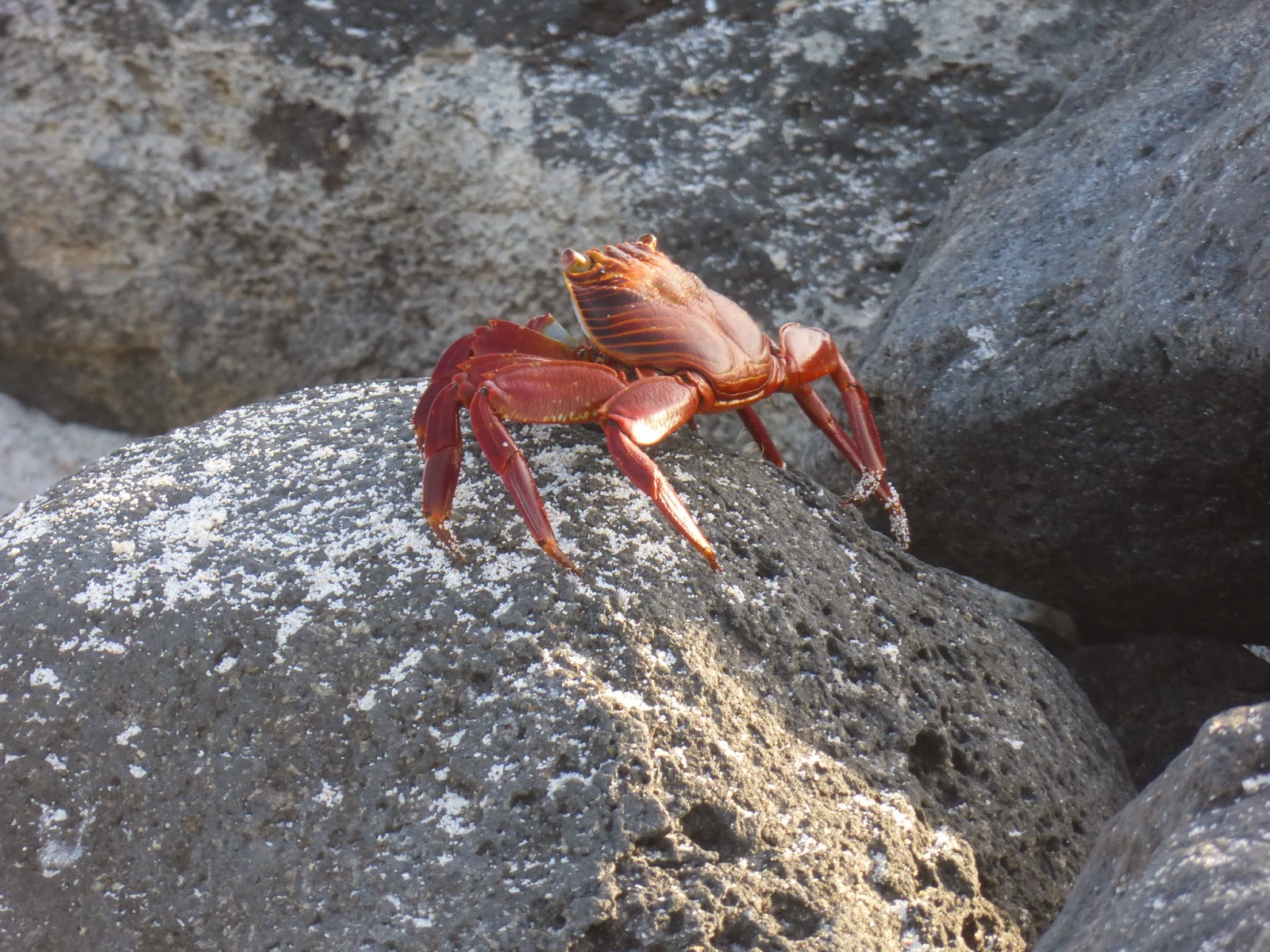 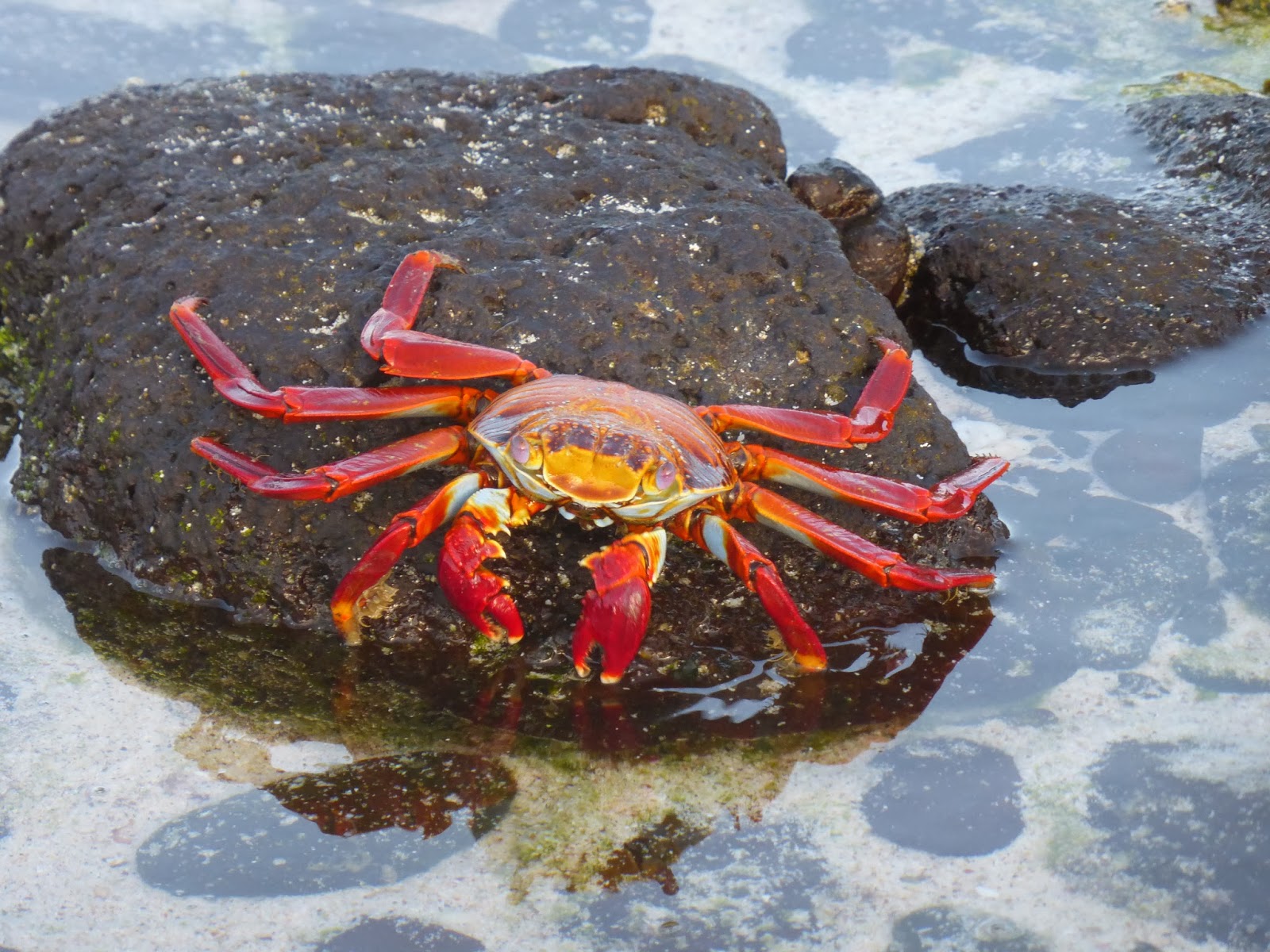 We stayed to watch the sun set before returning by dinghy to the boat for the night. 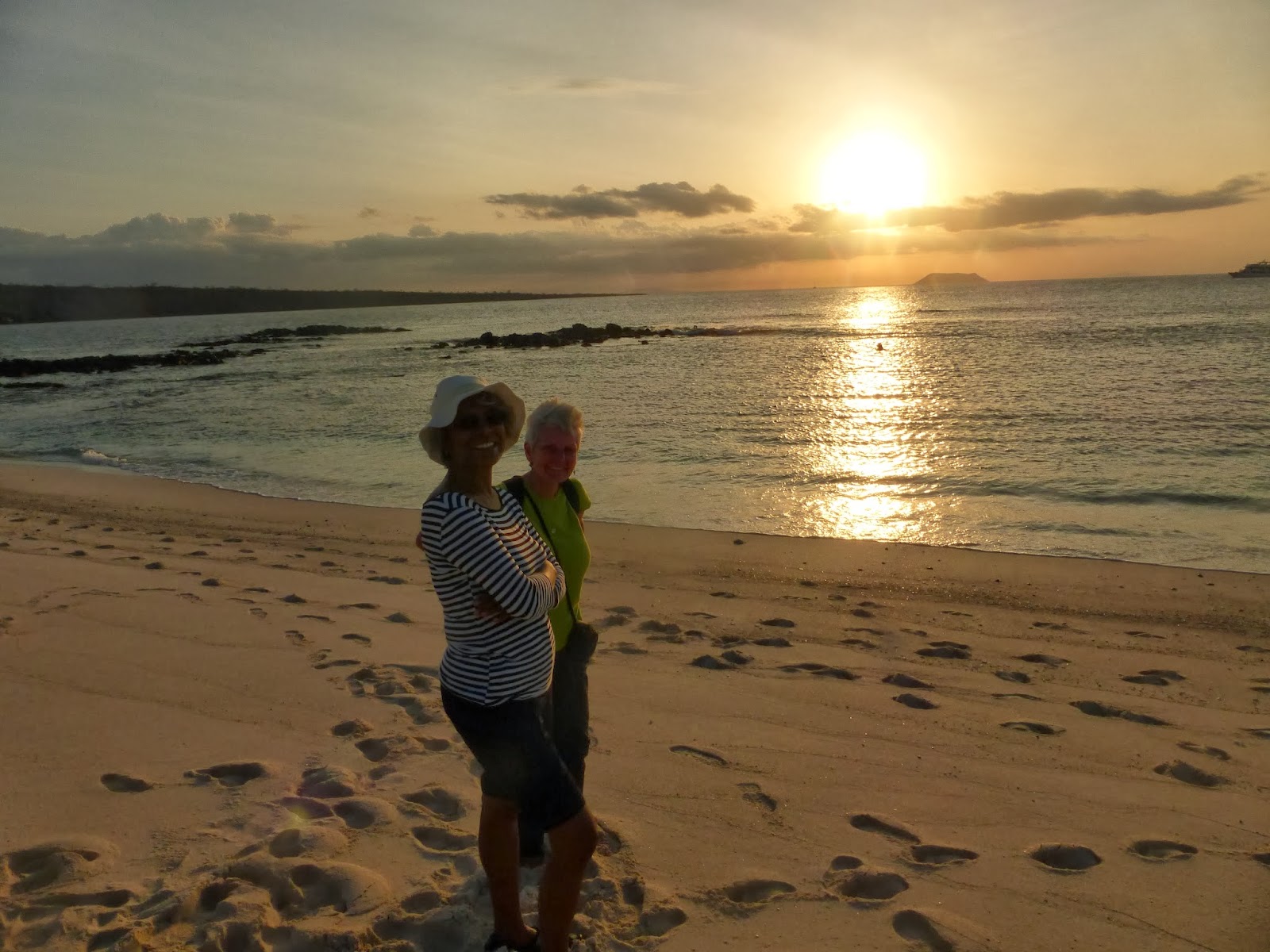