Day 6 on the Galapagos

The boat always moves during the night so as we open our cabin door in the morning the sun is rising over a different island.  This morning it was the small island of South Plaza. 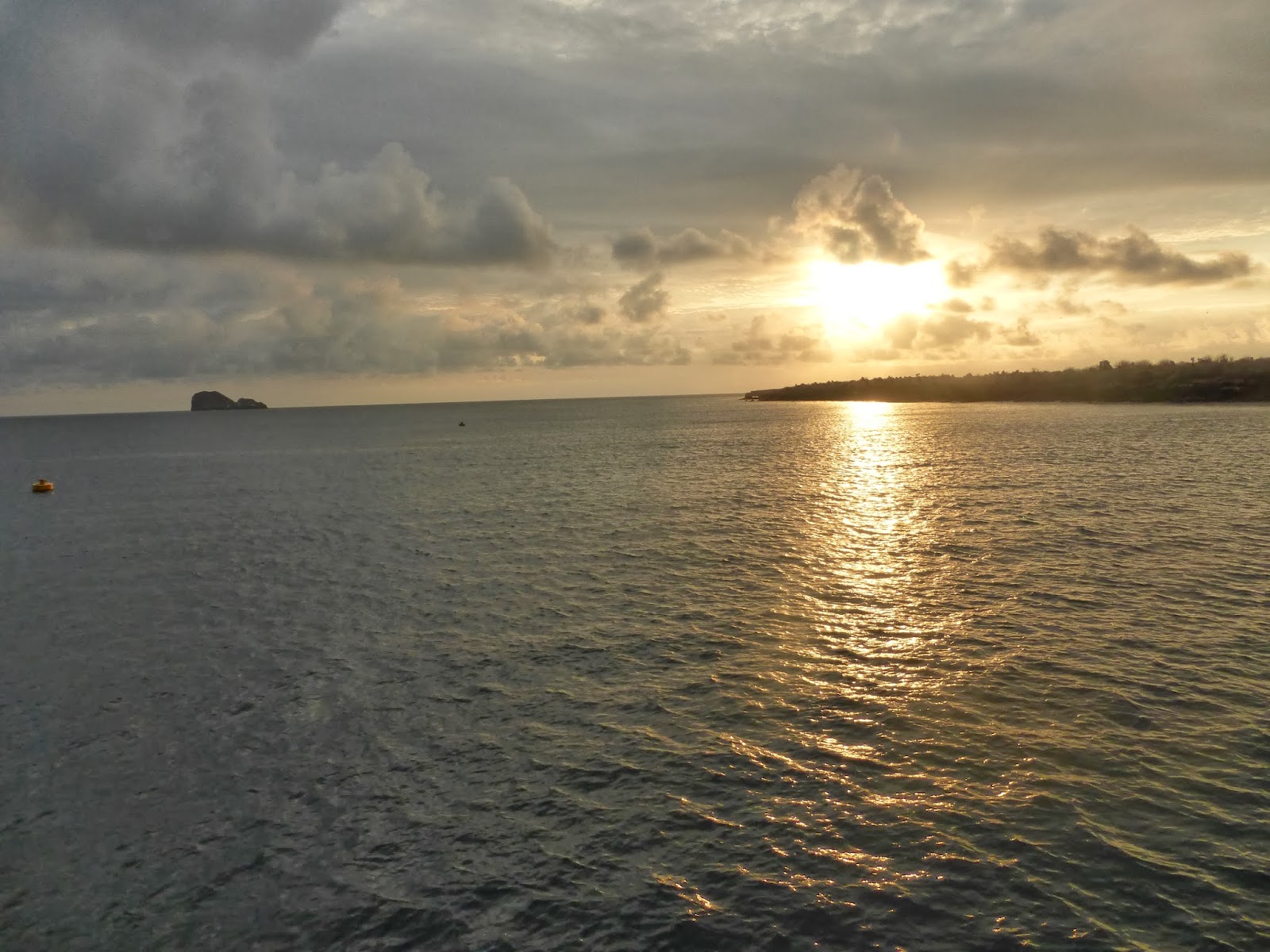 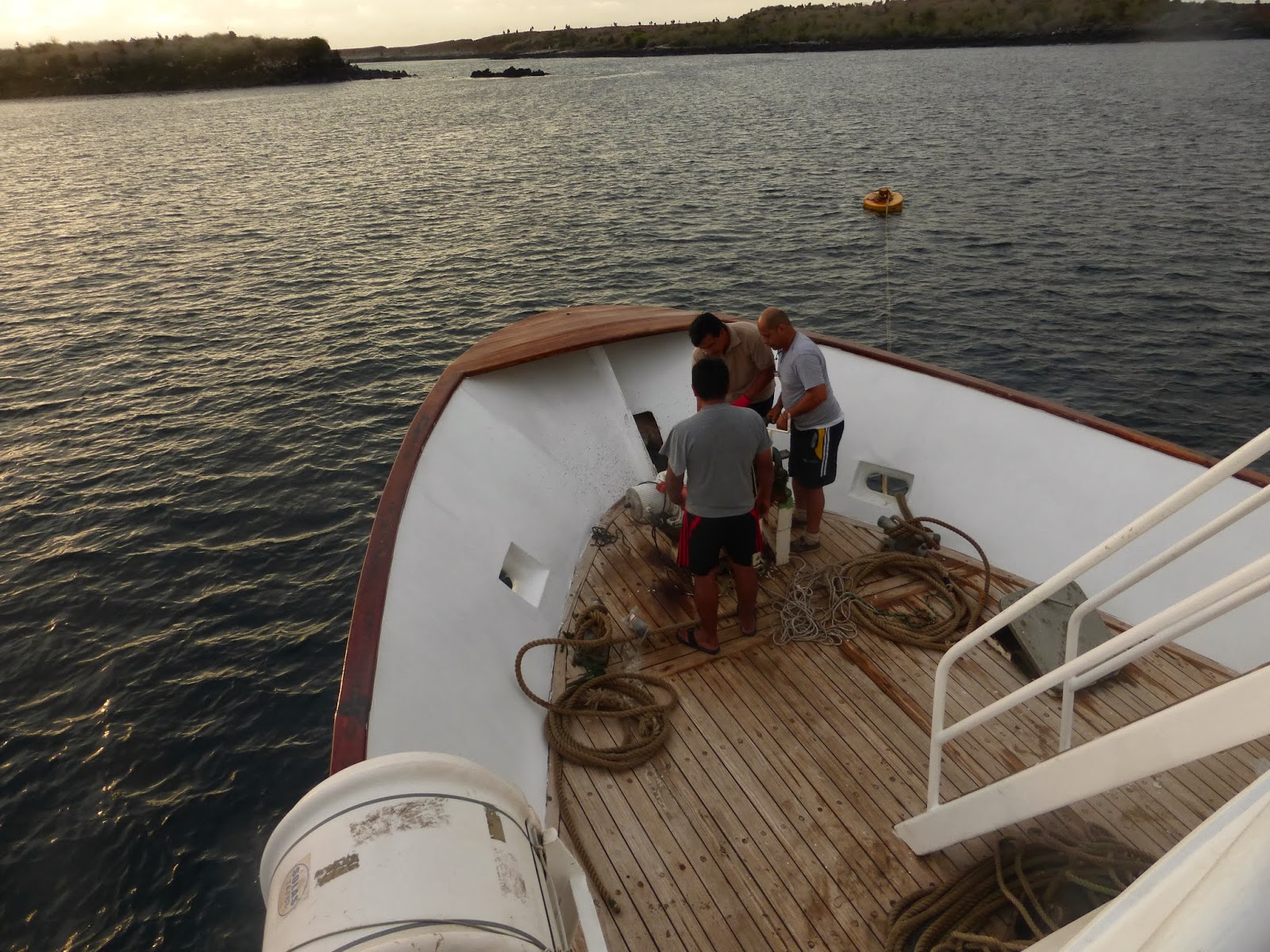 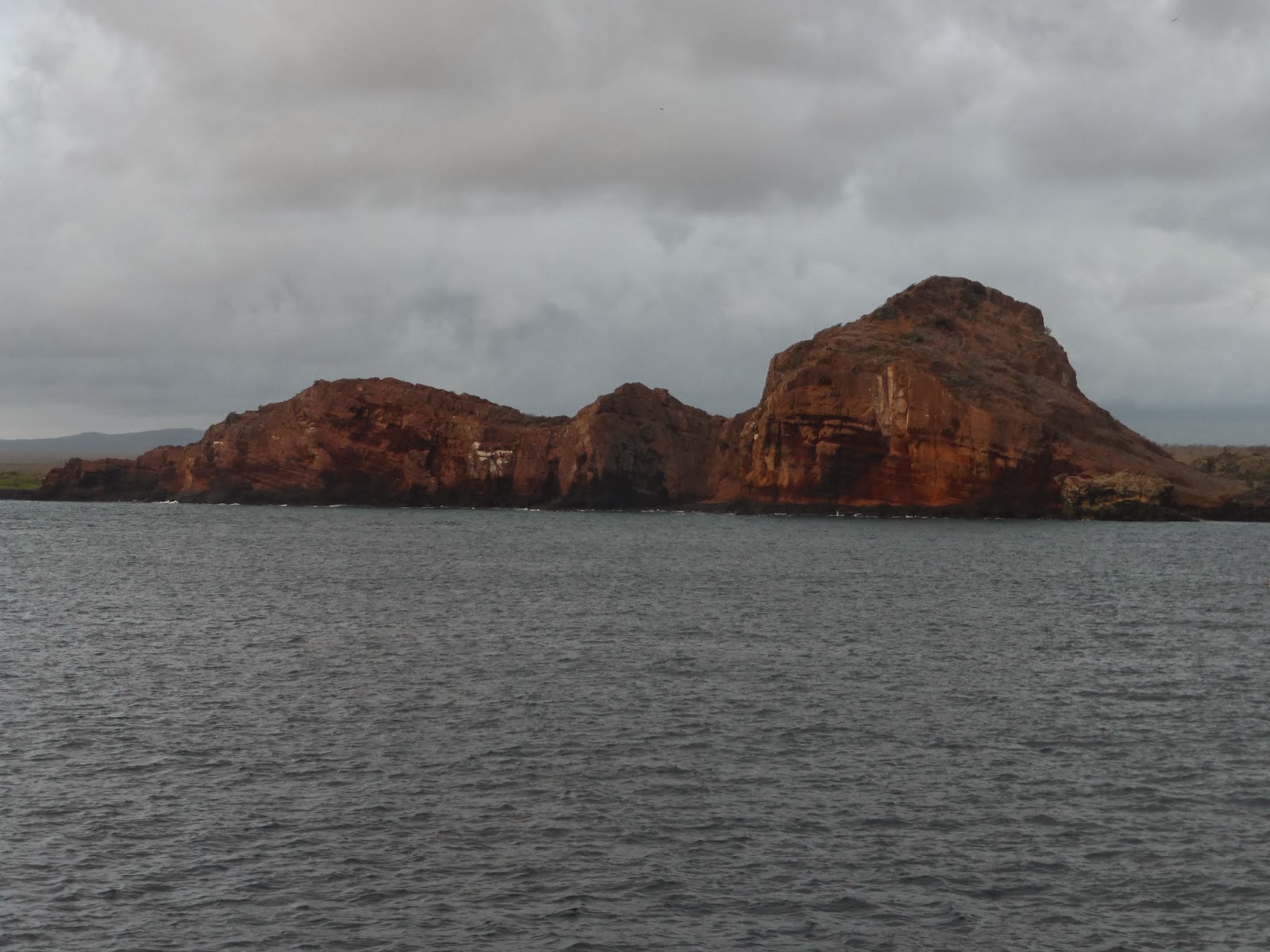 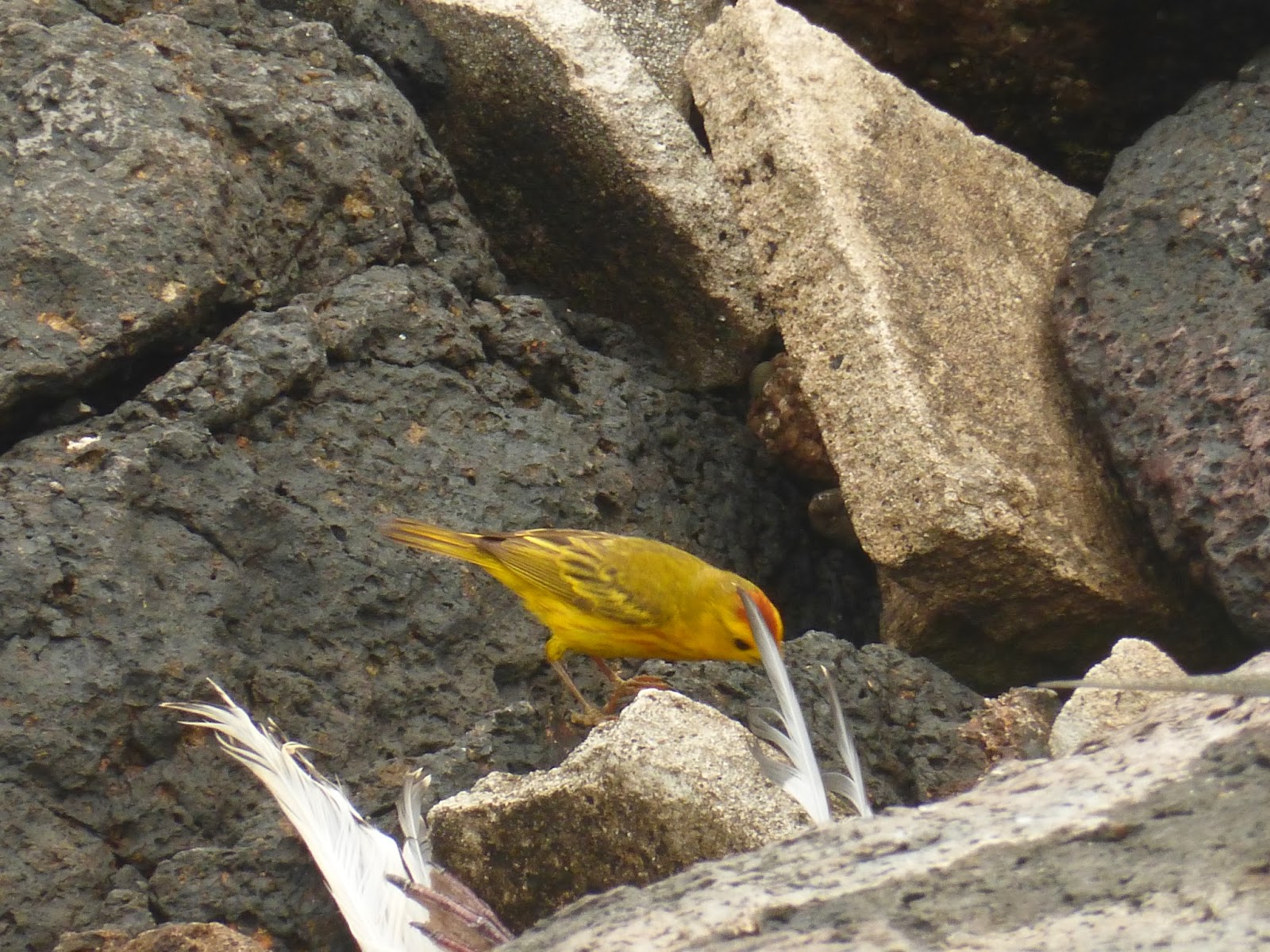 Once ashore I spotted a flash of  bright yellow going past. Then I noticed it had landed nearby and at last  managed to get a photo of the  yellow warbler. I had seen a couple on another island but they didn't stay still long enough for me to get a good photo. 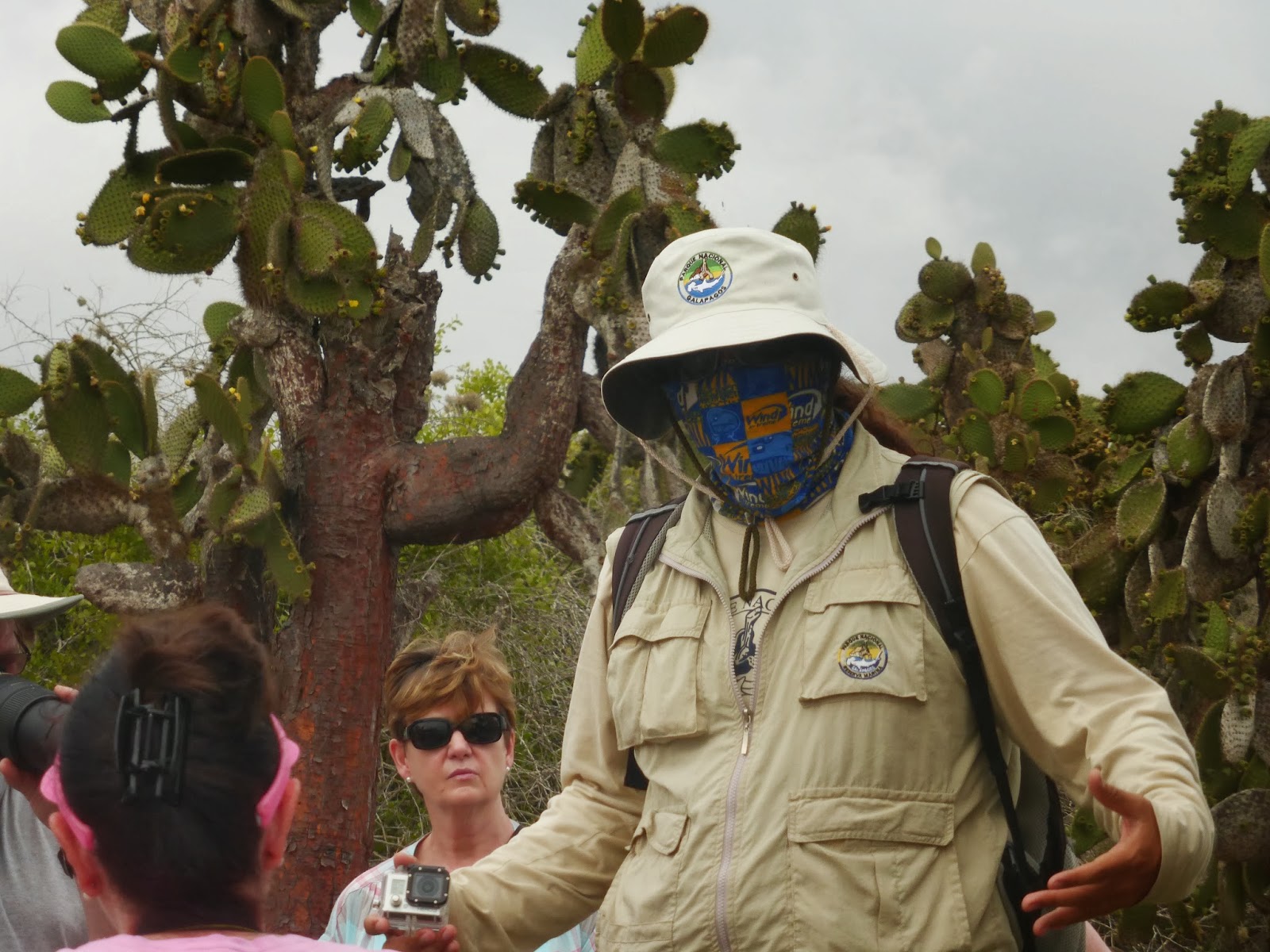 Our guide took on the appearance of a terrorist this morning. His reason was that he had a possible throat infection. I think it was more likely the smell of the sea lions was getting to him! 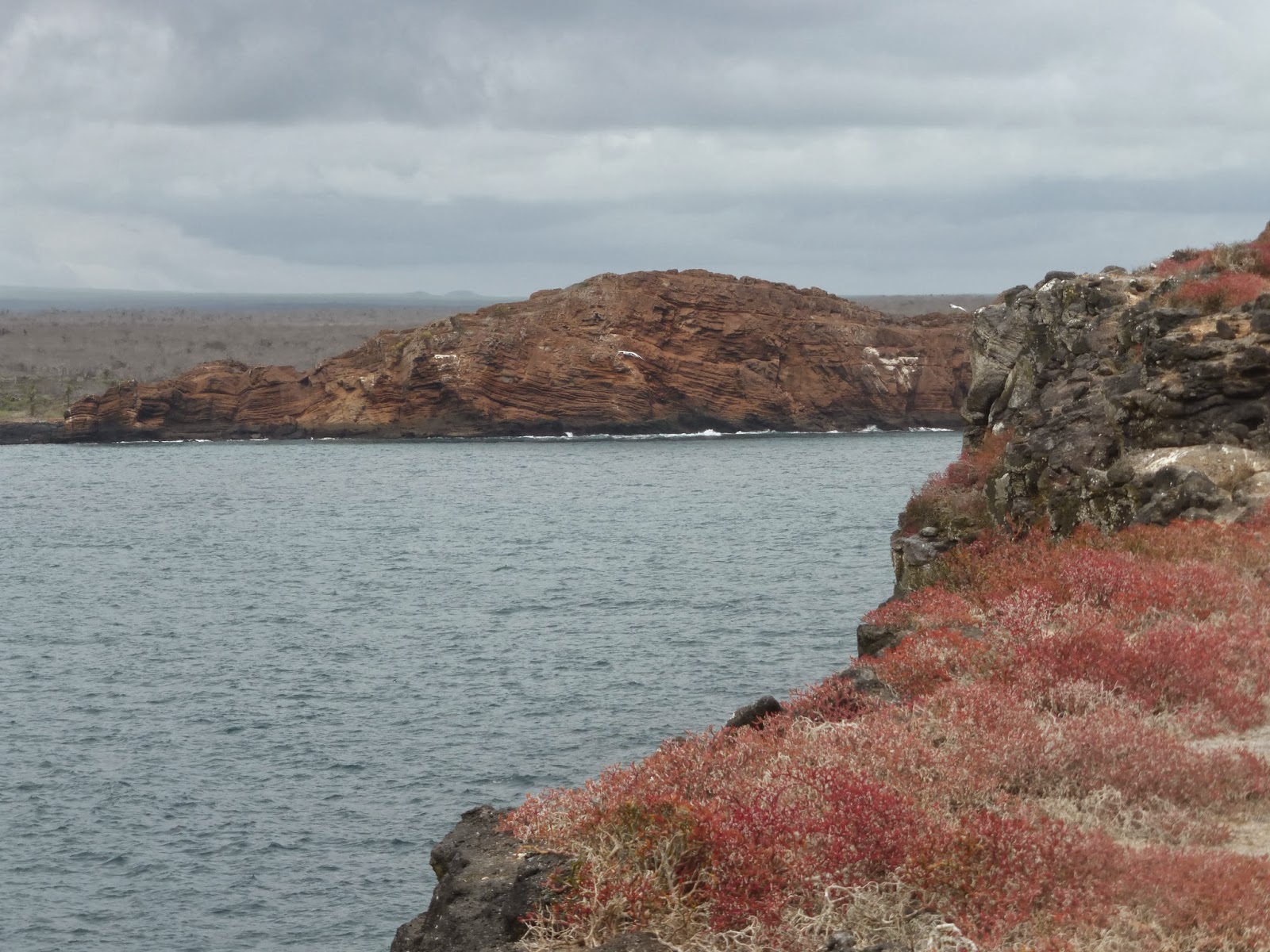 Once again the landscape was different to the other islands we had visited. At this time of the year this island is covered with the Galapagos Carpetweed turning the ground a bright red. 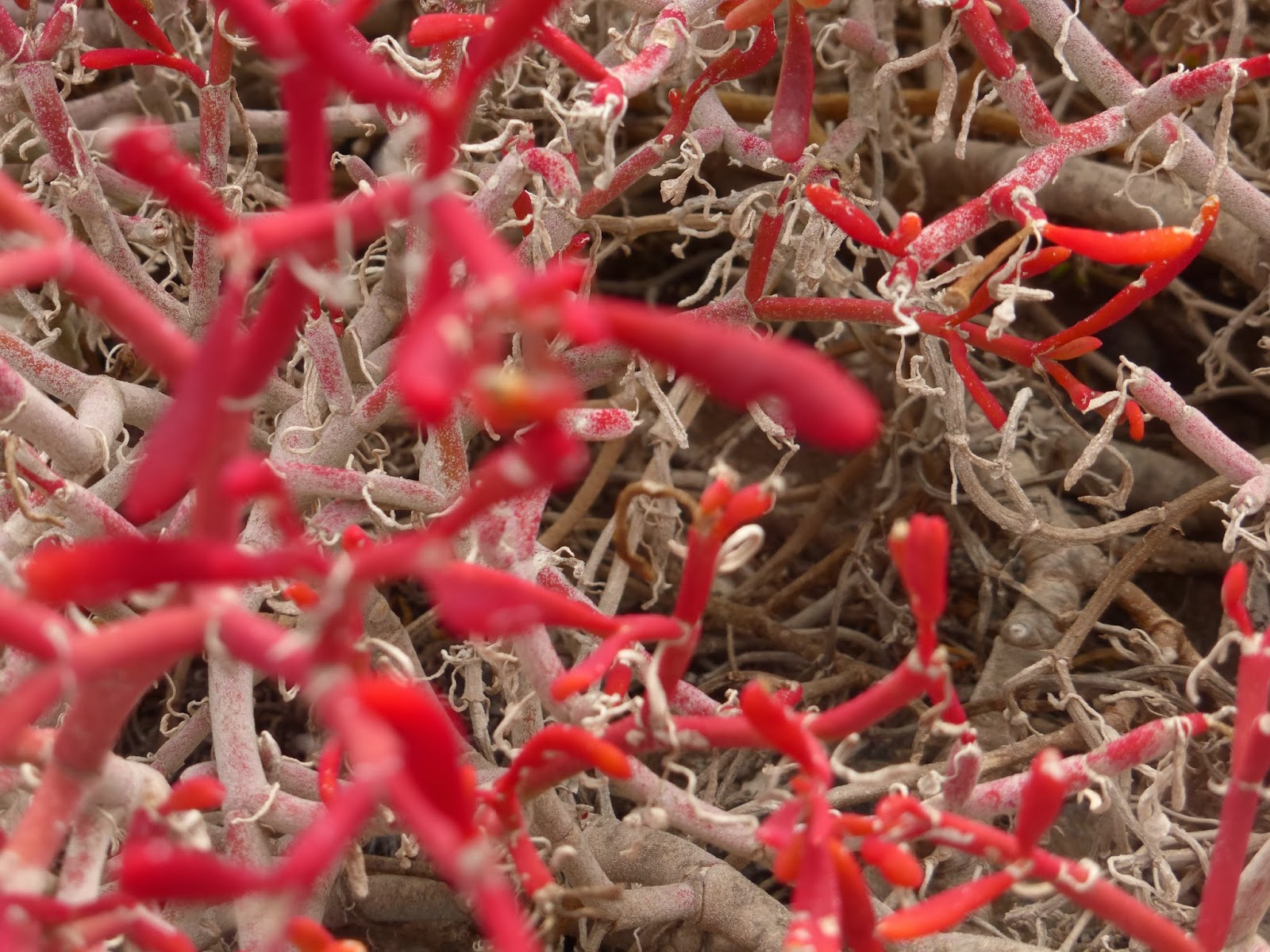 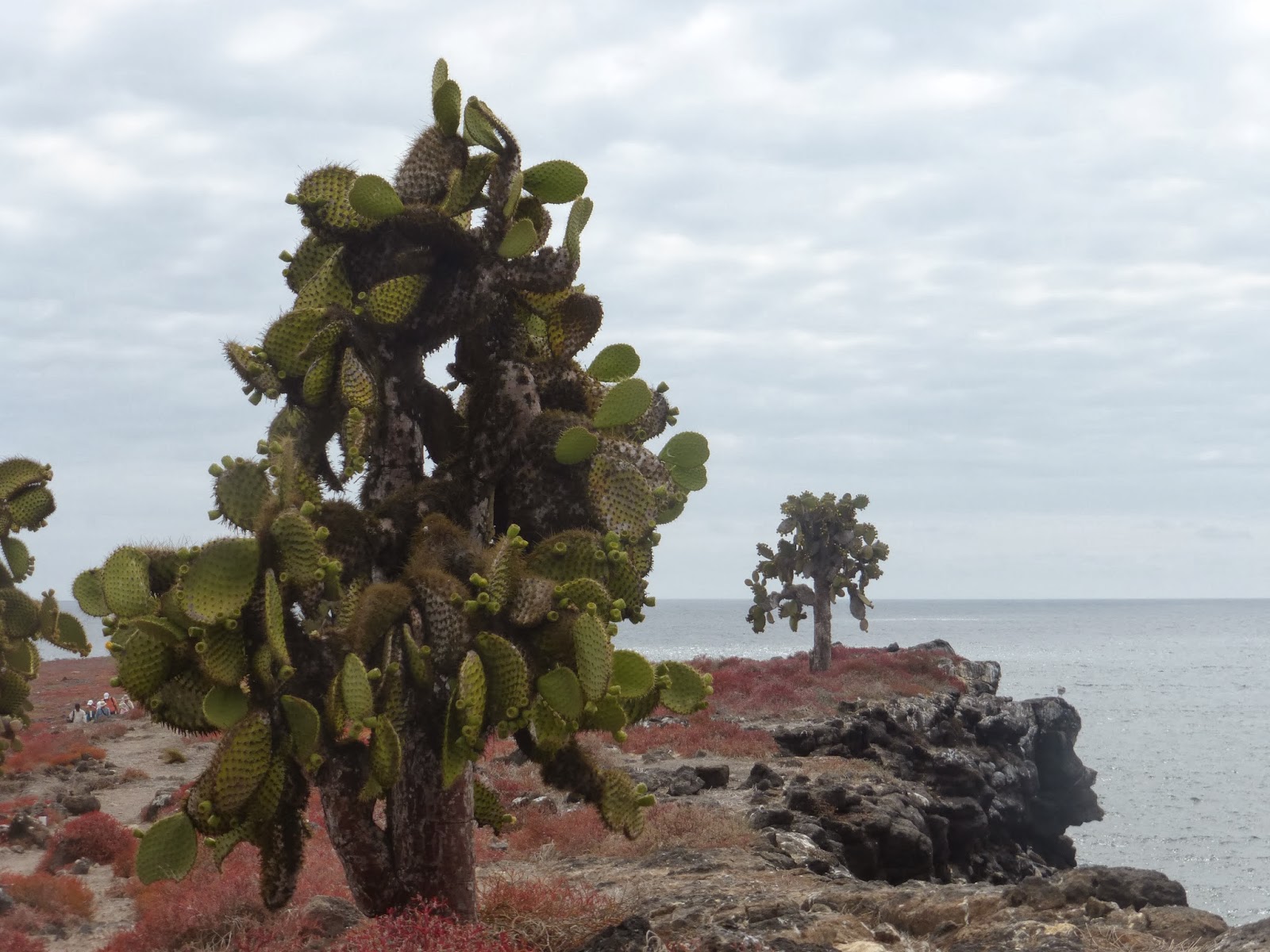 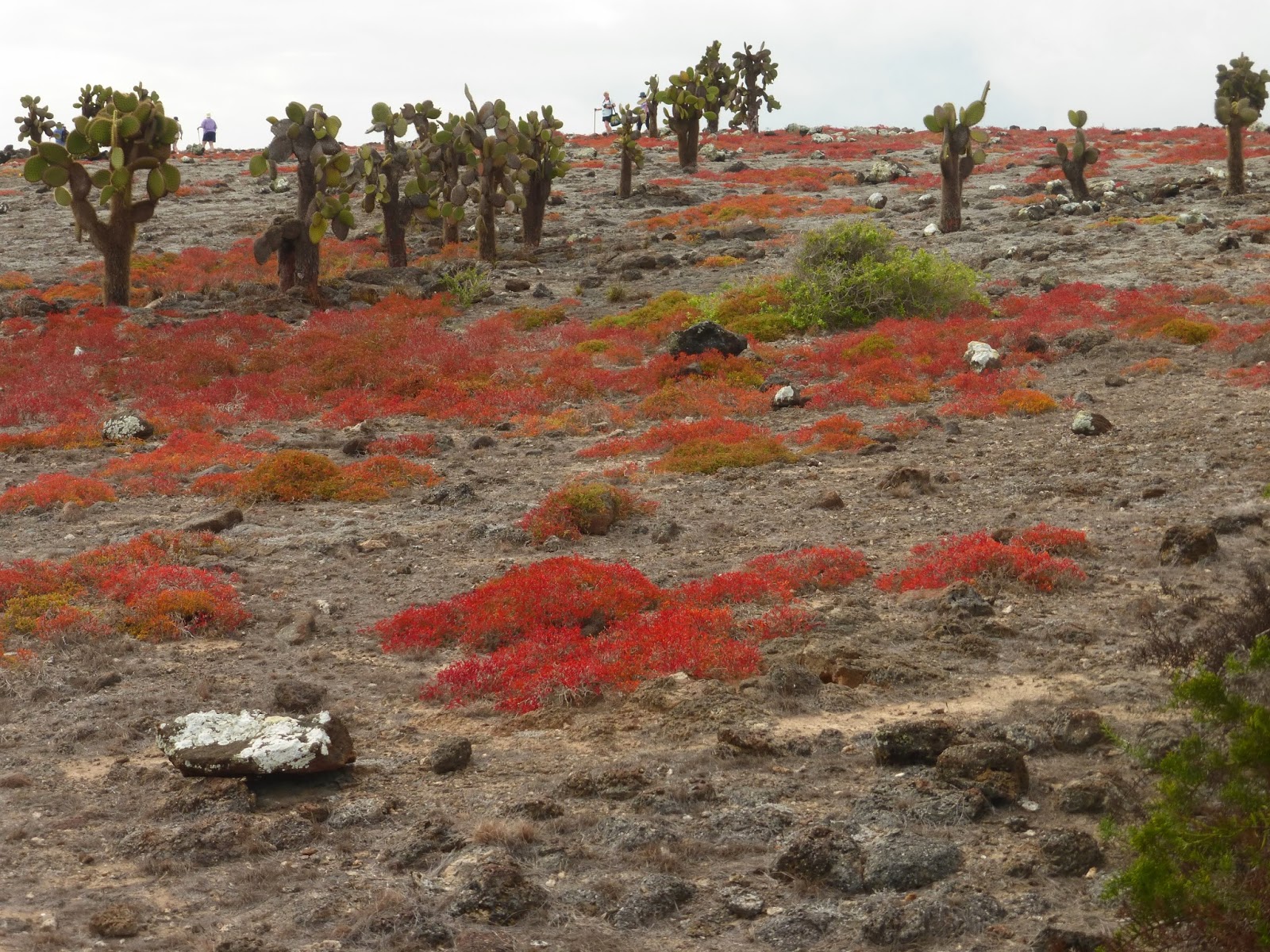 The prickly pear cactus with its bright yellow flowers added to the colour. 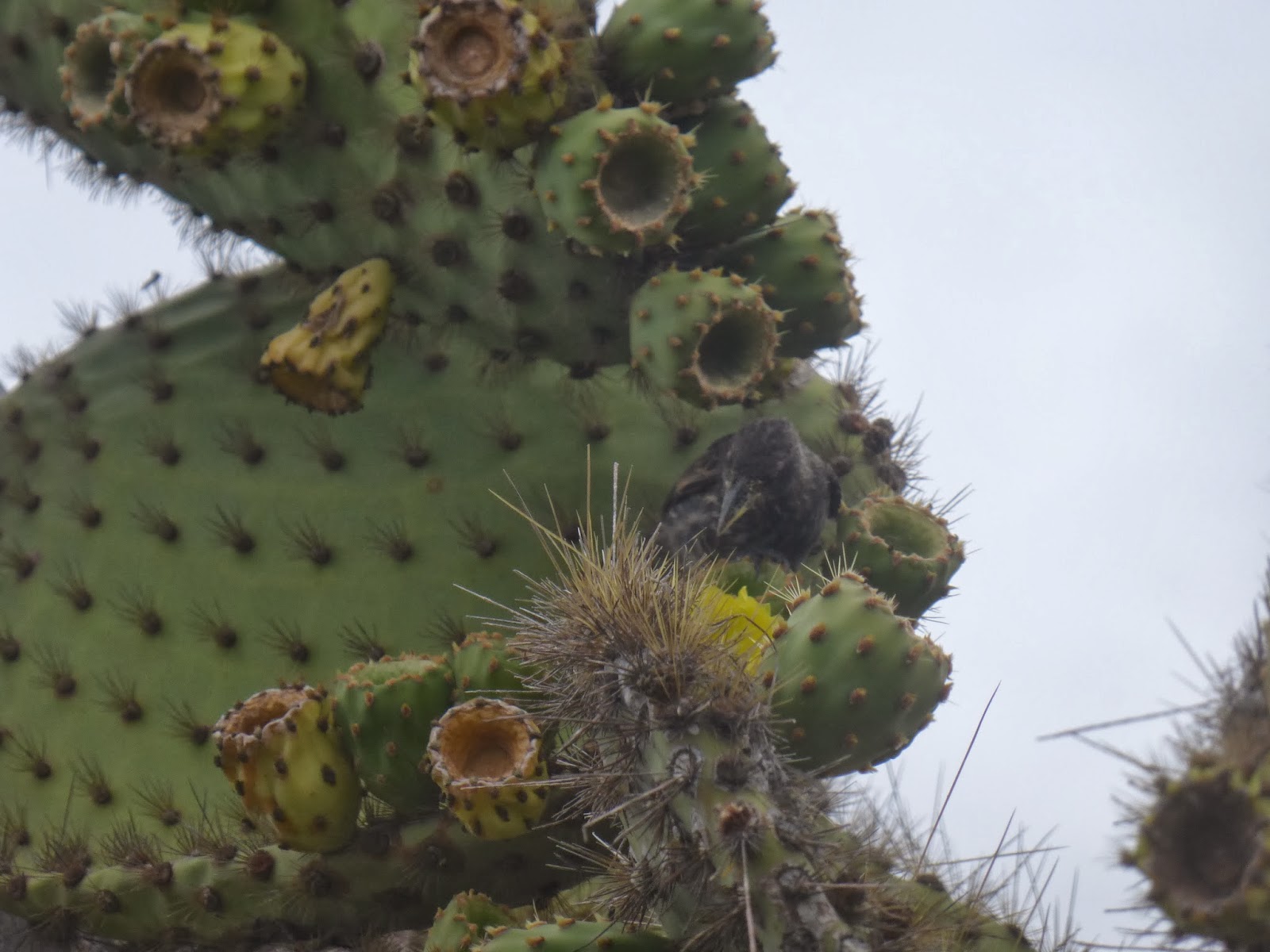 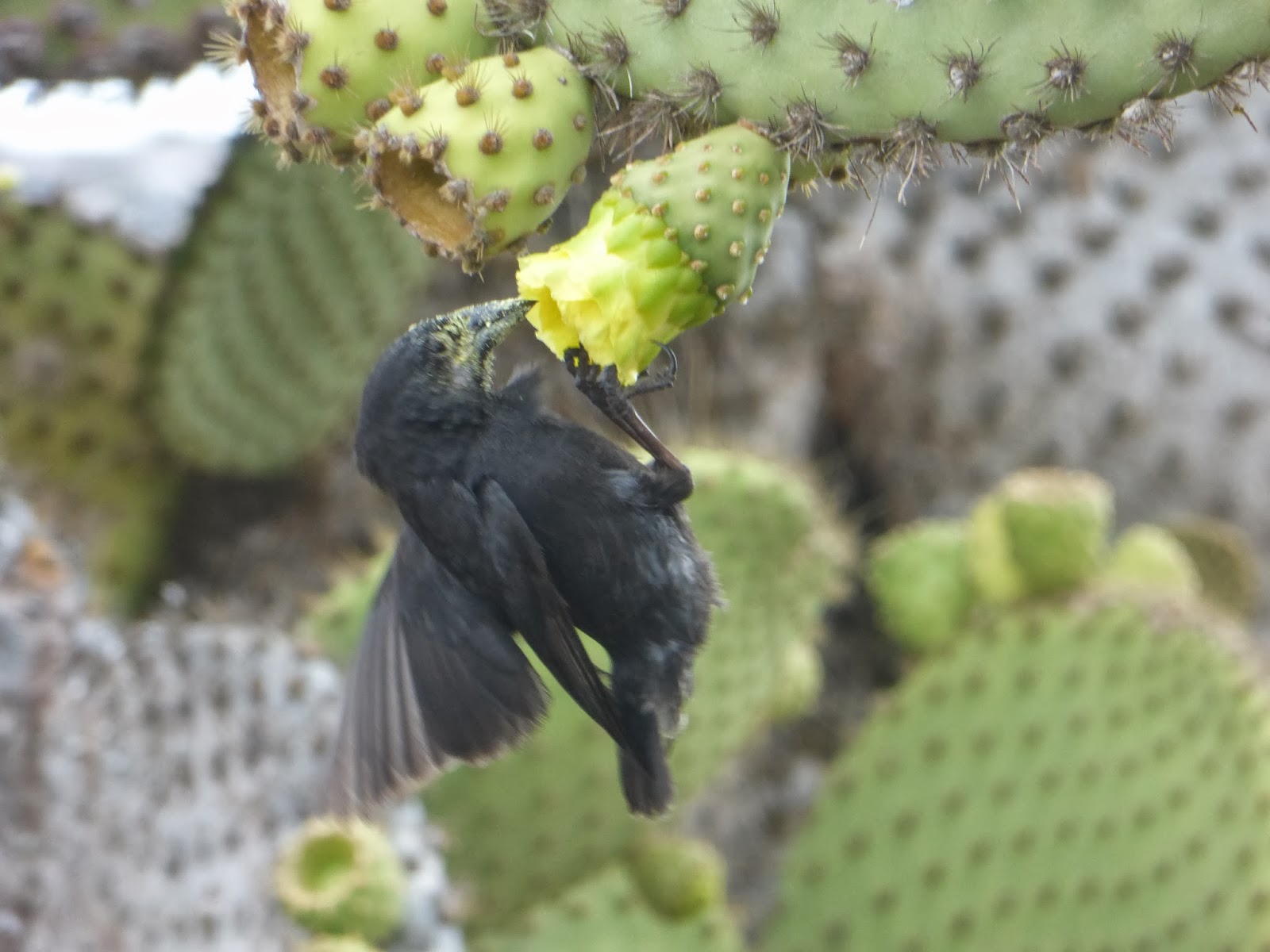 This is a (Darwin) Cactus Finch 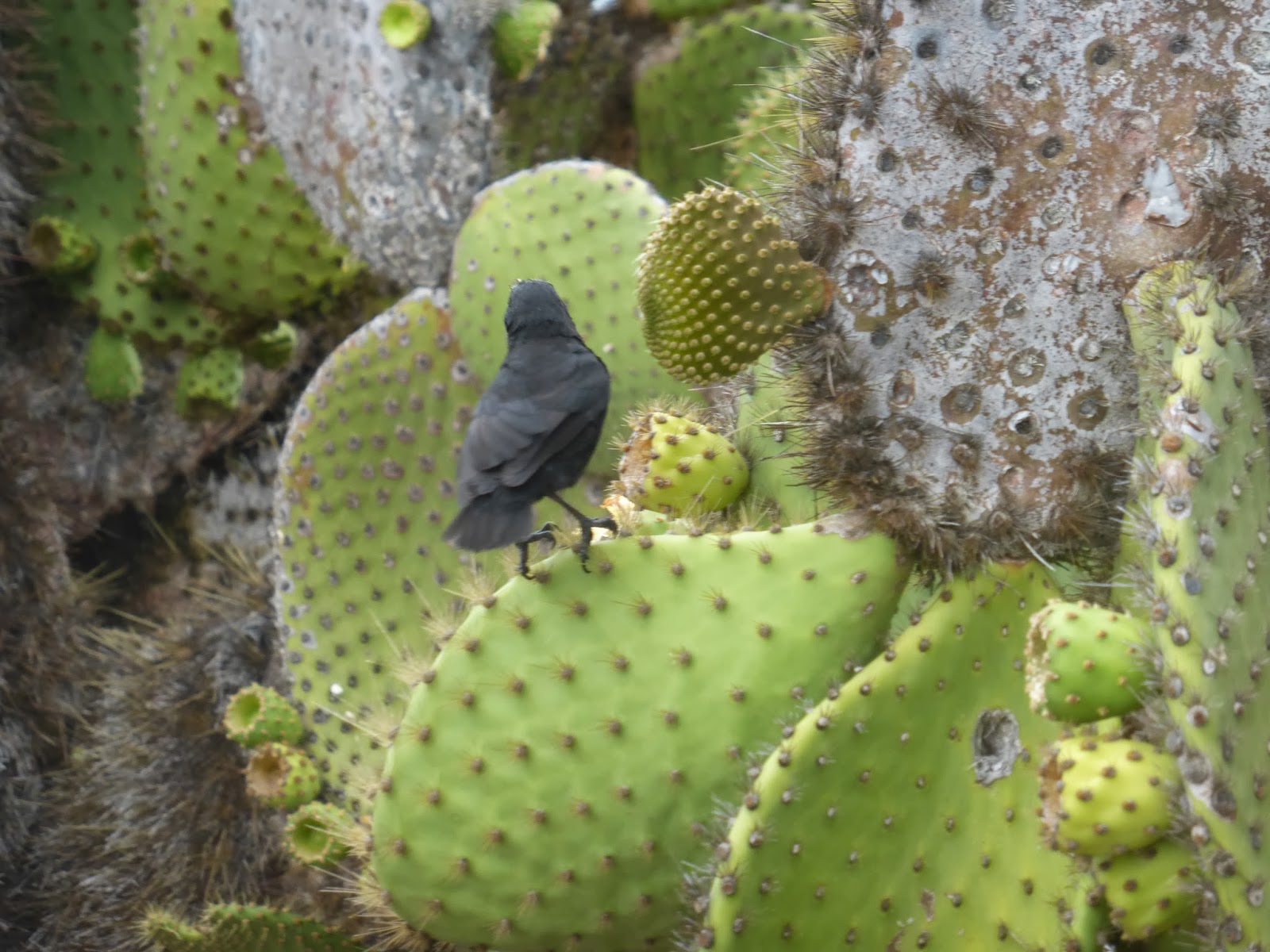 Spotted this nest which still had one egg left in it. 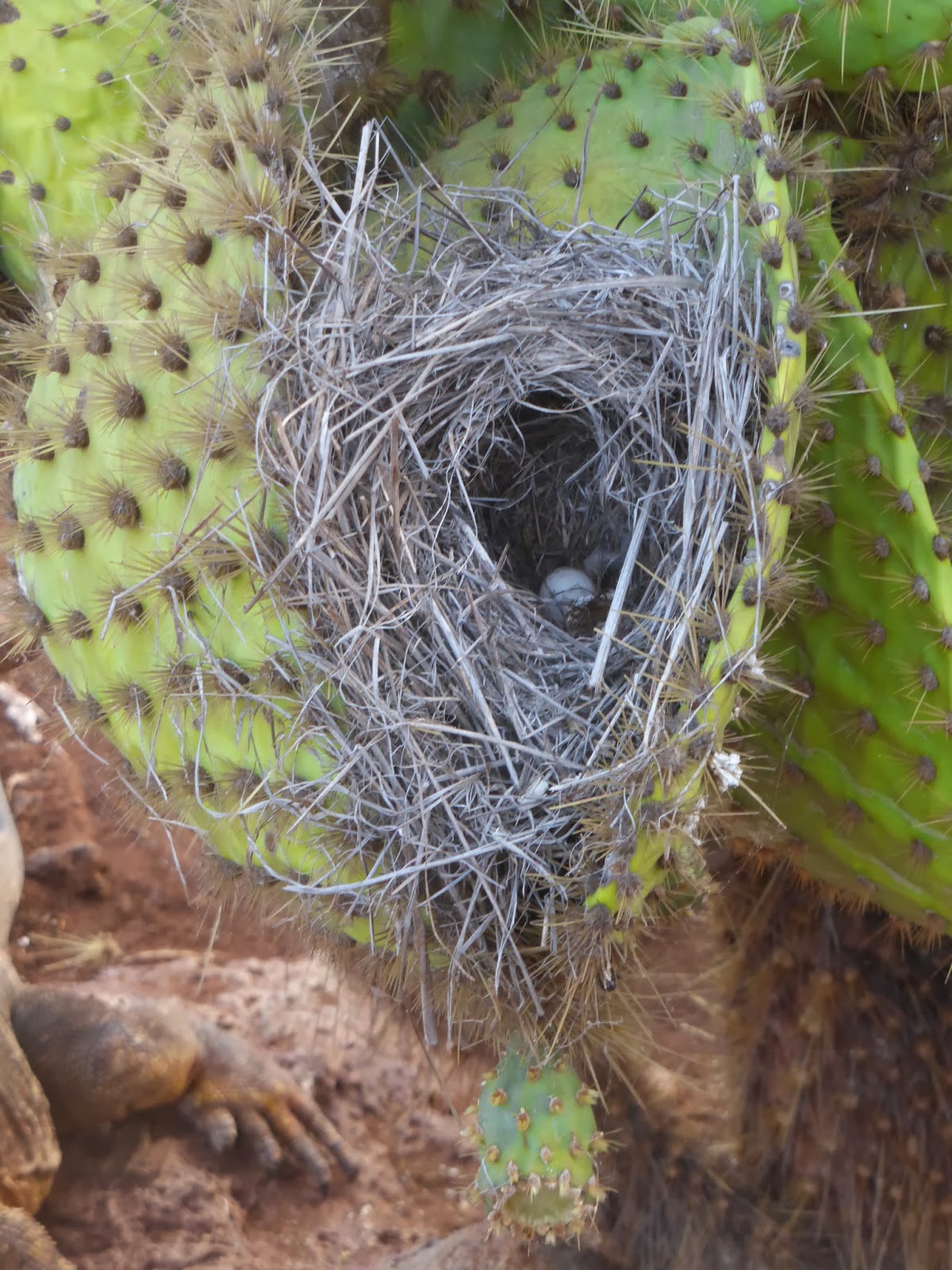 This island is the breeding ground for the Swallow tailed Gull and the Red billed Tropic bird. We watched from the cliff as the Tropic birds swooped below us. It is a beautiful white bird with a bright red beak and two very long tail feathers. 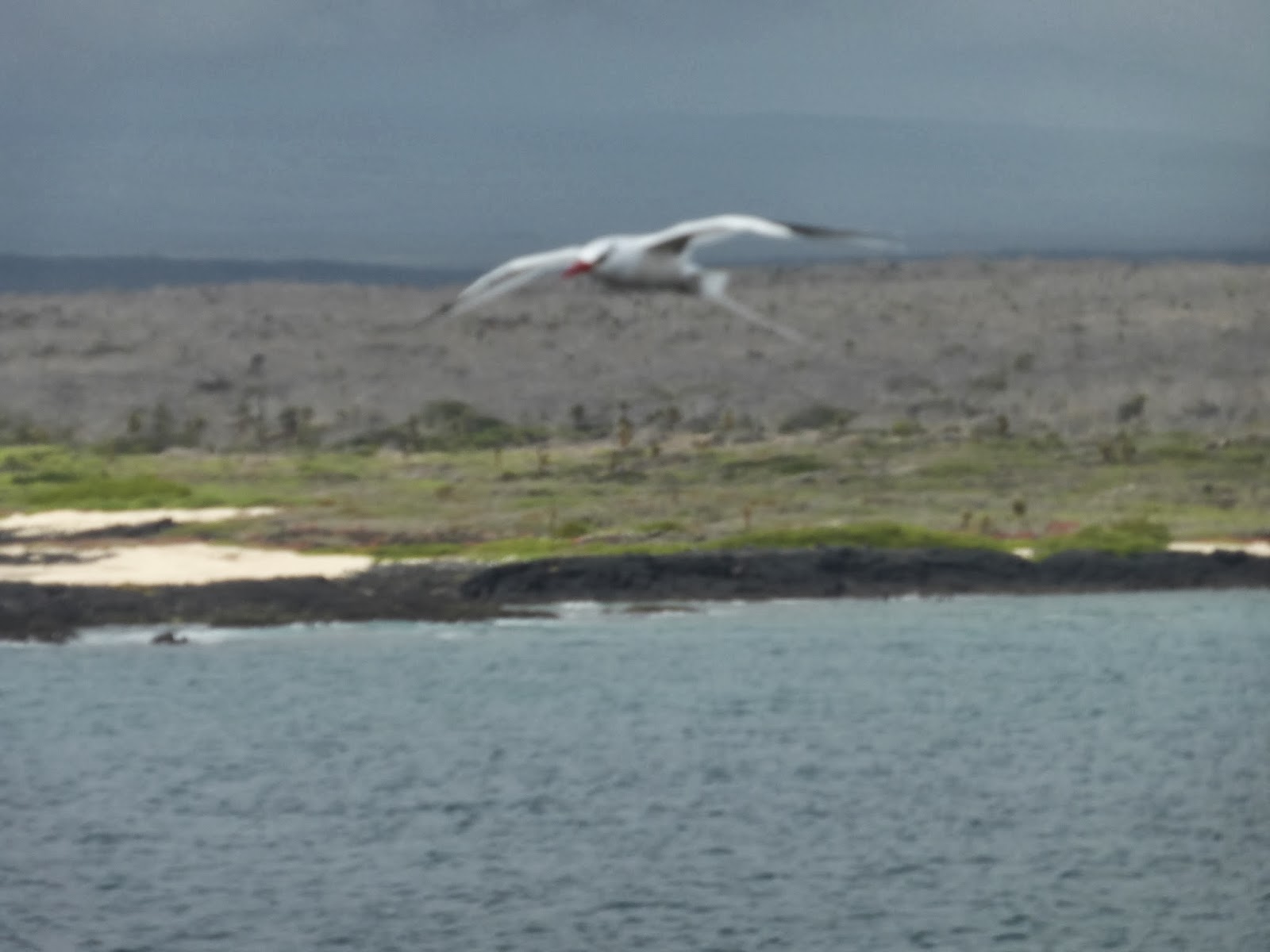 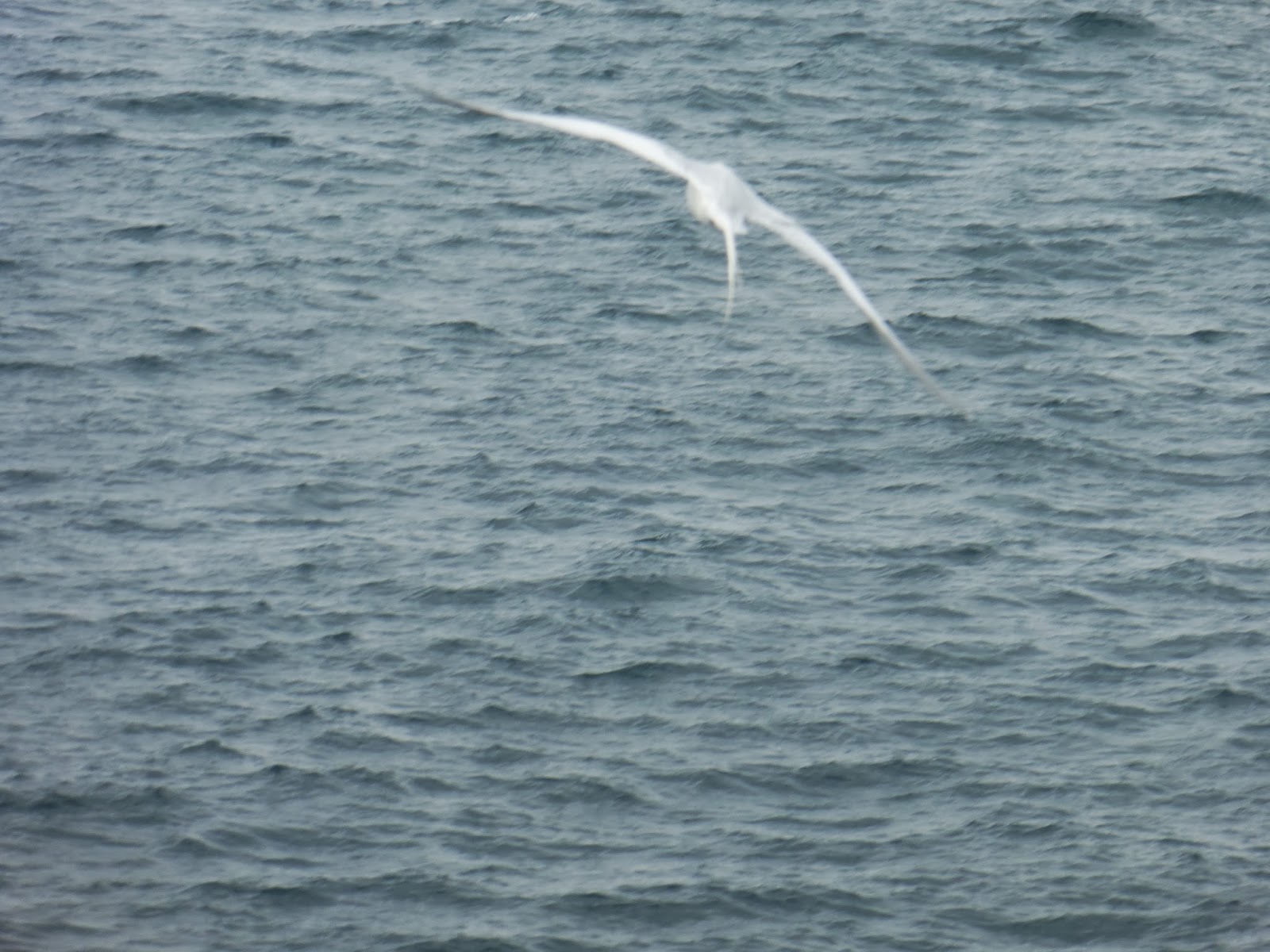 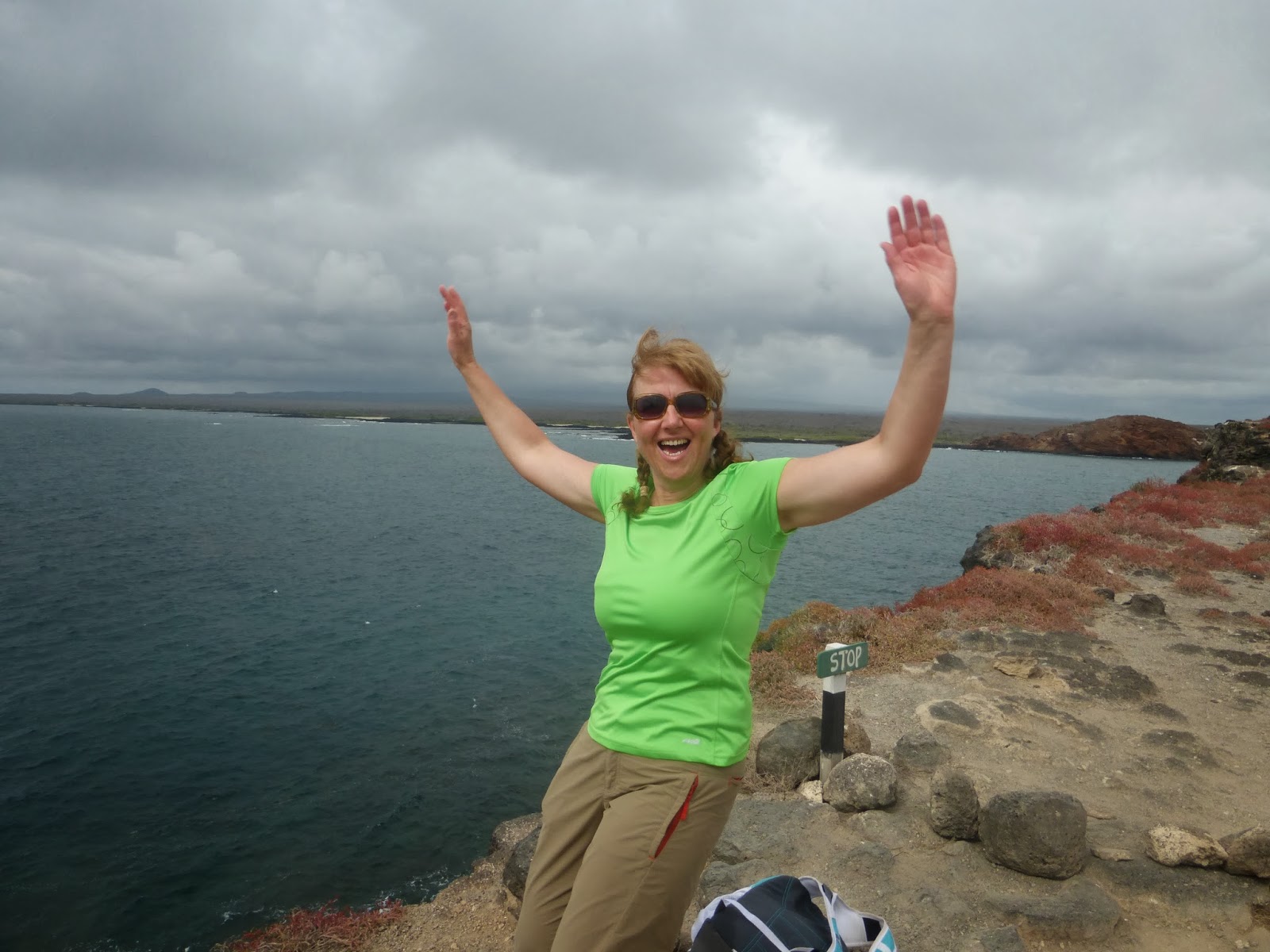 We all tried to take a decent photo but this was the best I could achieve. However we did see a nest just below the cliff edge and so managed to capture a slightly better view. 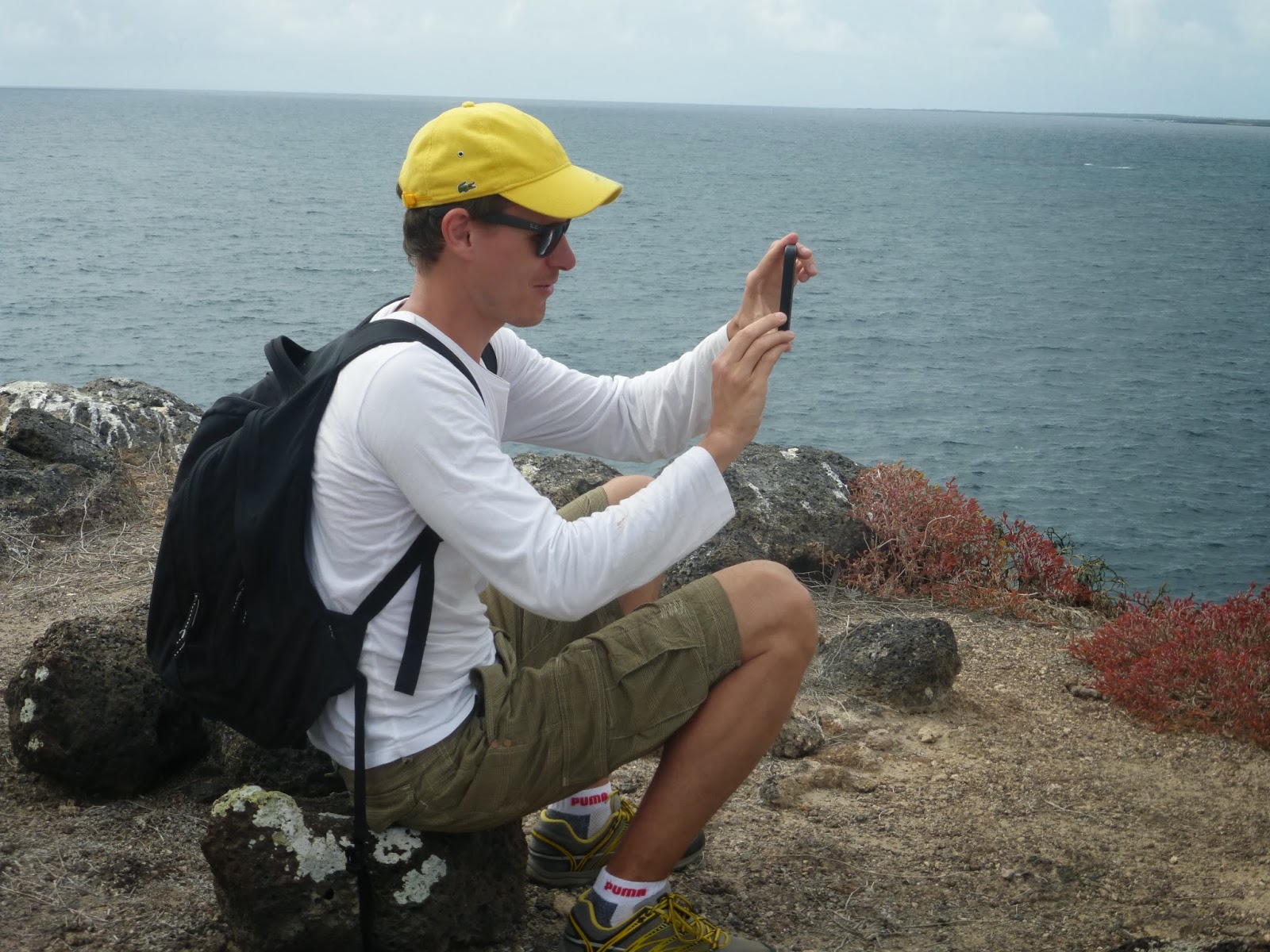 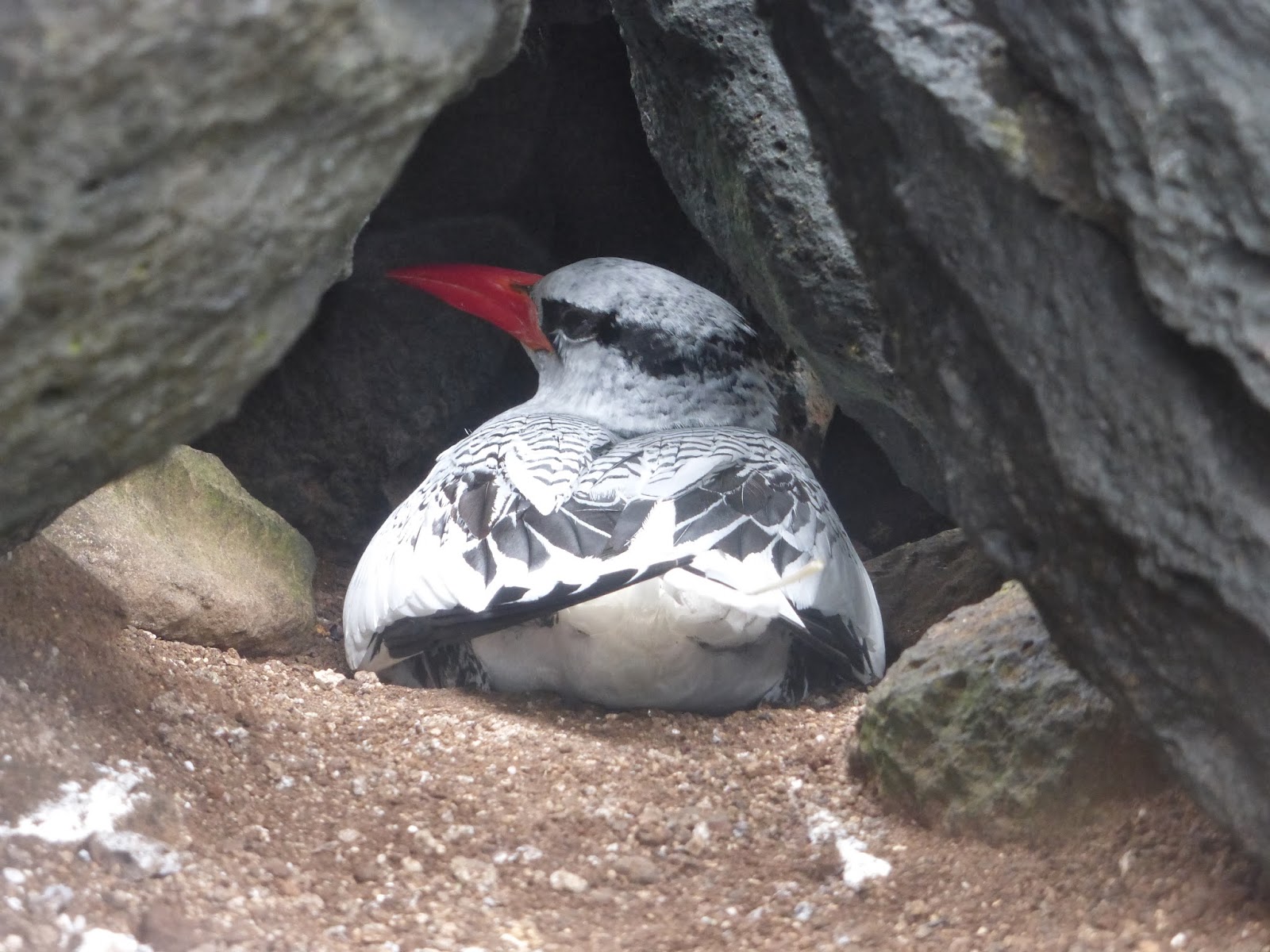 There are also many land iguanas here just waiting their turn to be photographed. 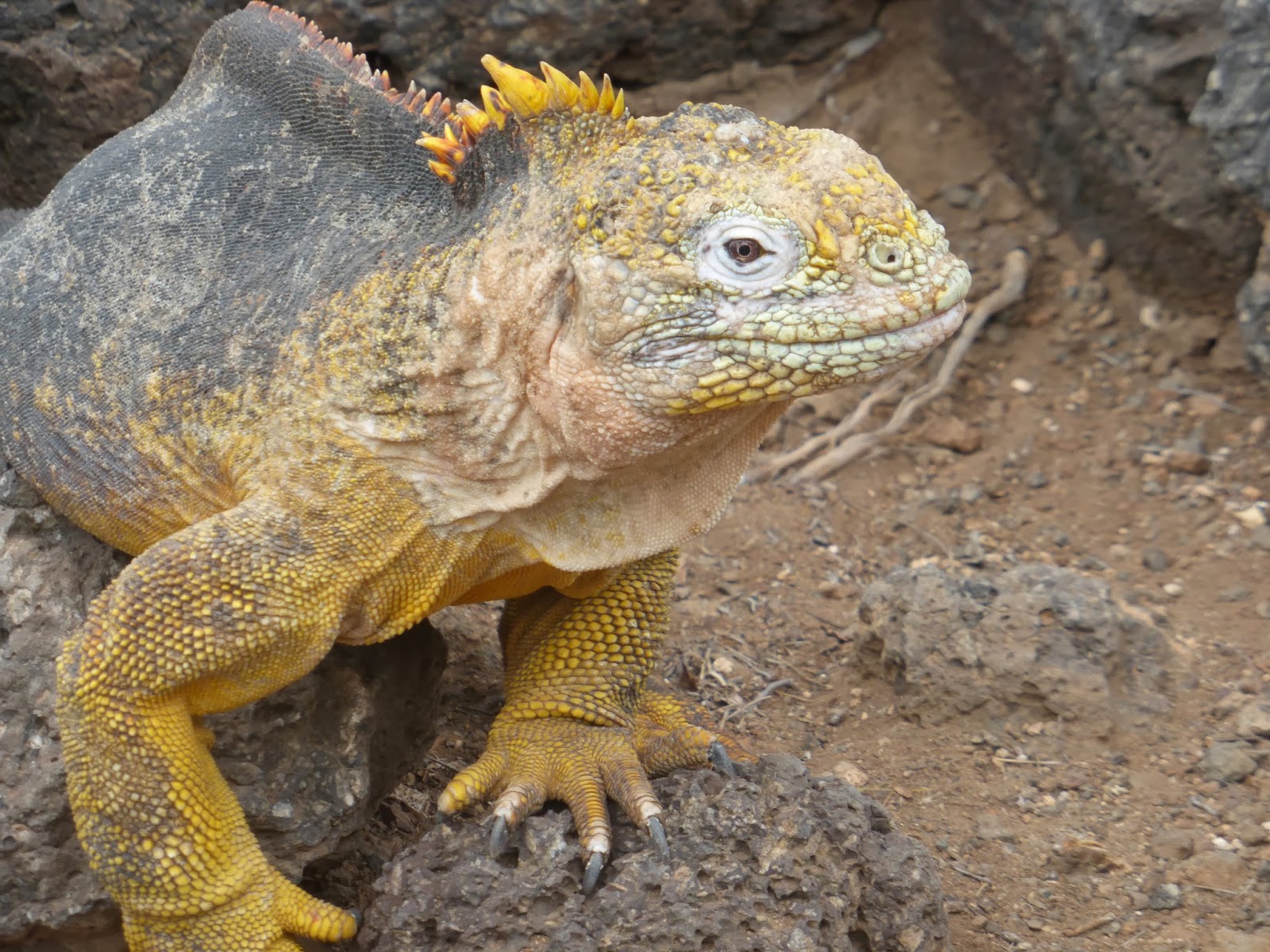 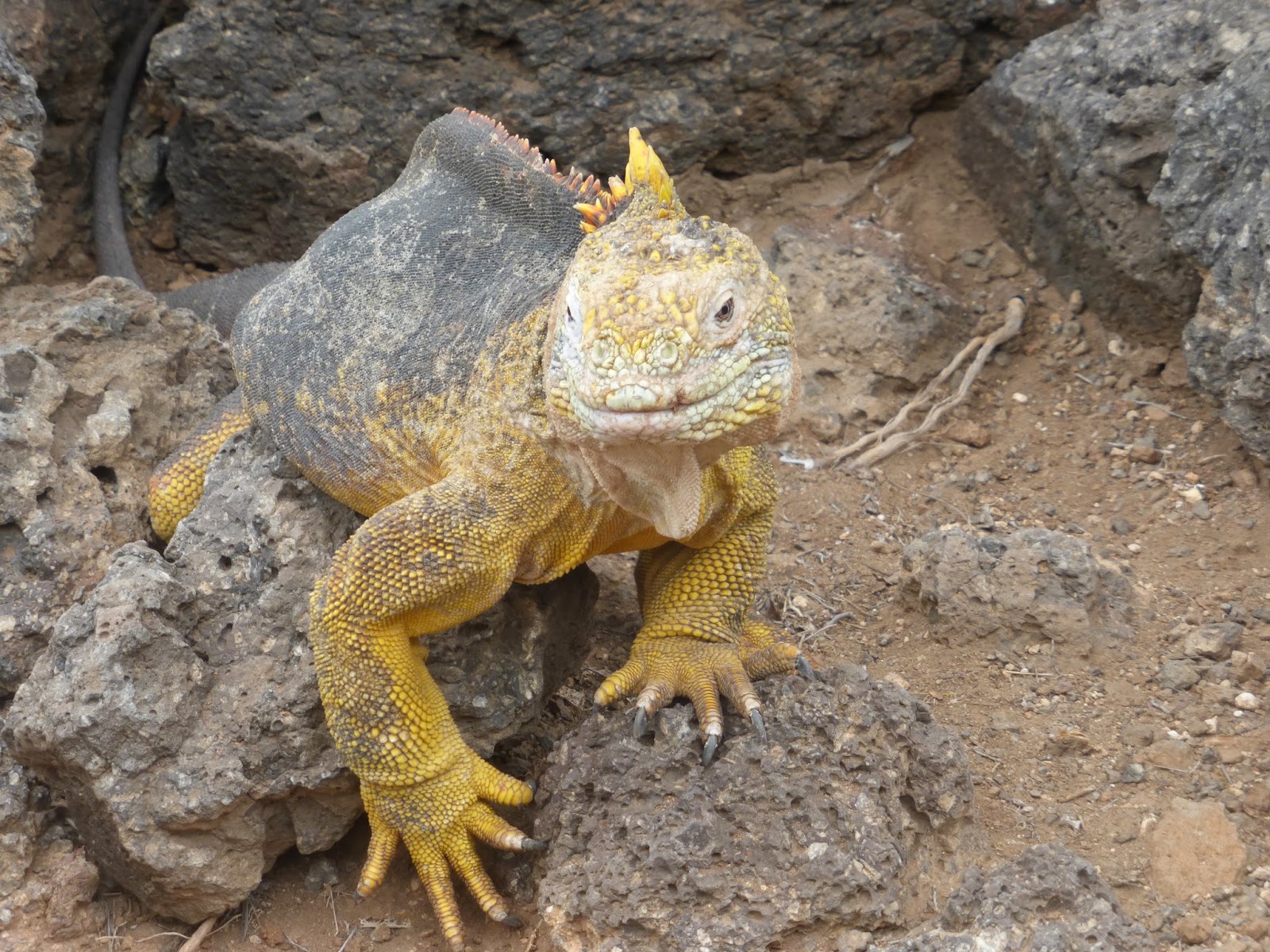 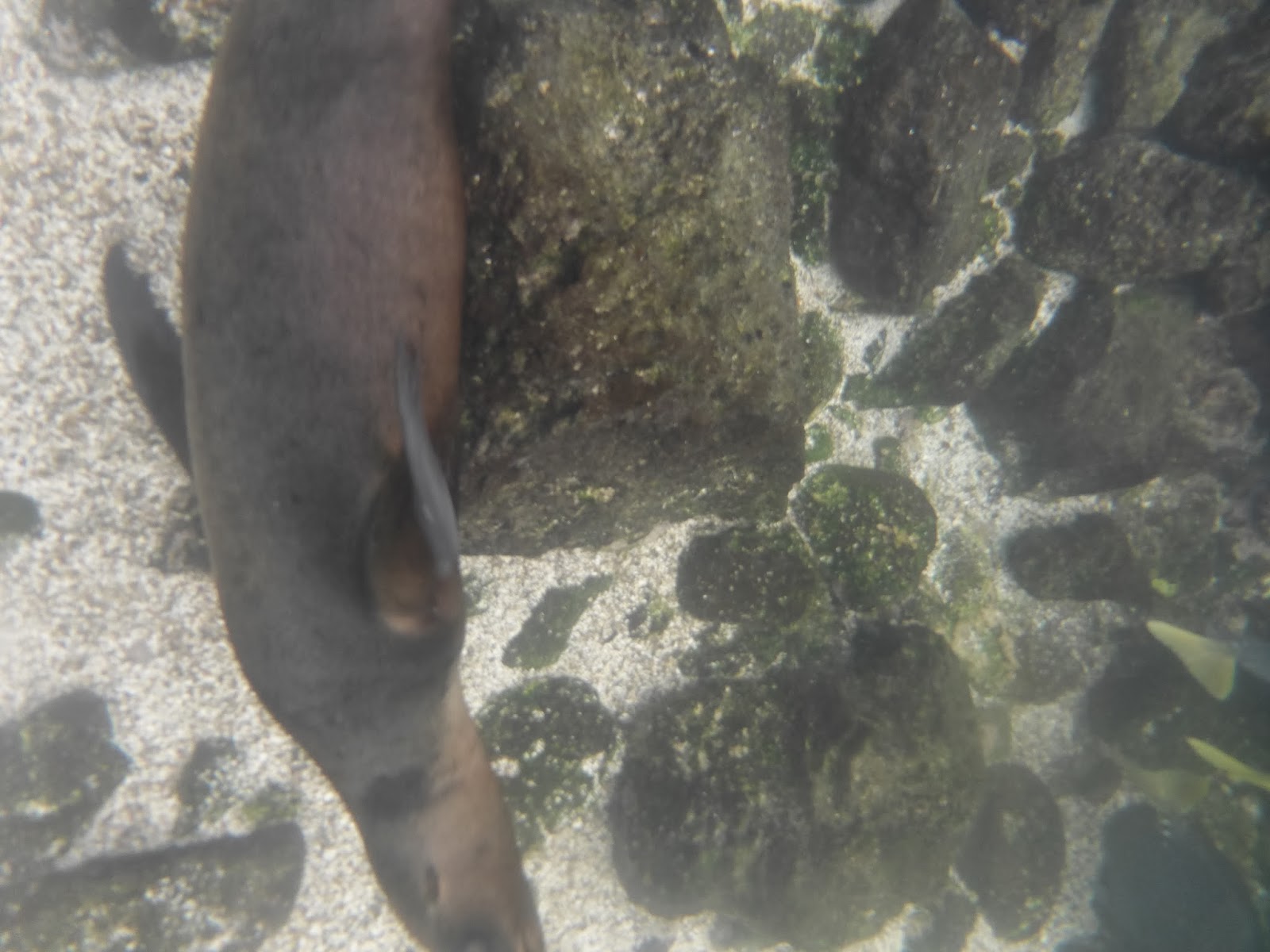 The snorkelling session after lunch was a good one with the sea lions swimming around us. Also had a large shark (white tipped reef shark) swim  just below me. Too busy watching to be photographing. 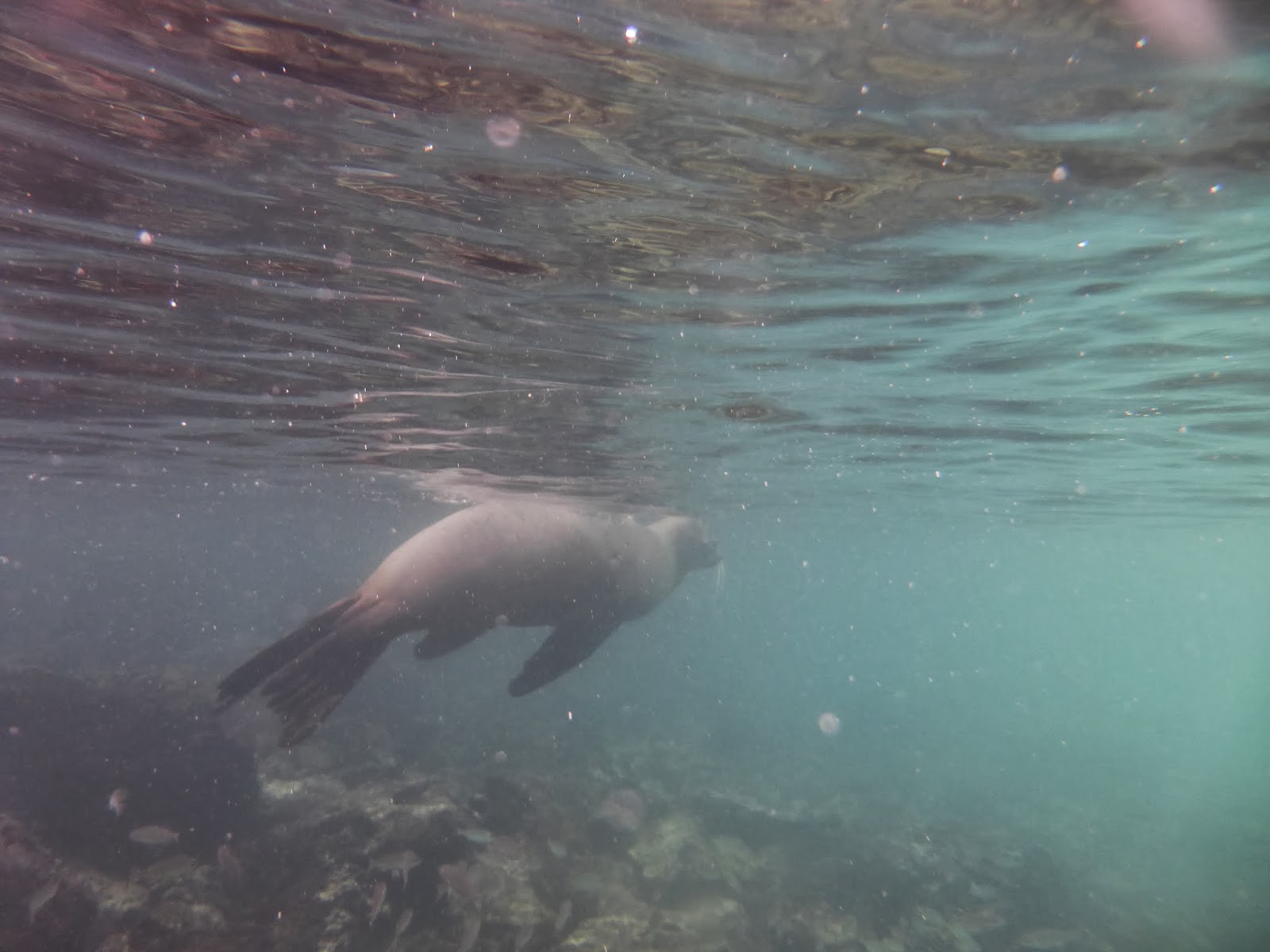 As soon as we returned to the boat we quickly changed and were off again for another walk. 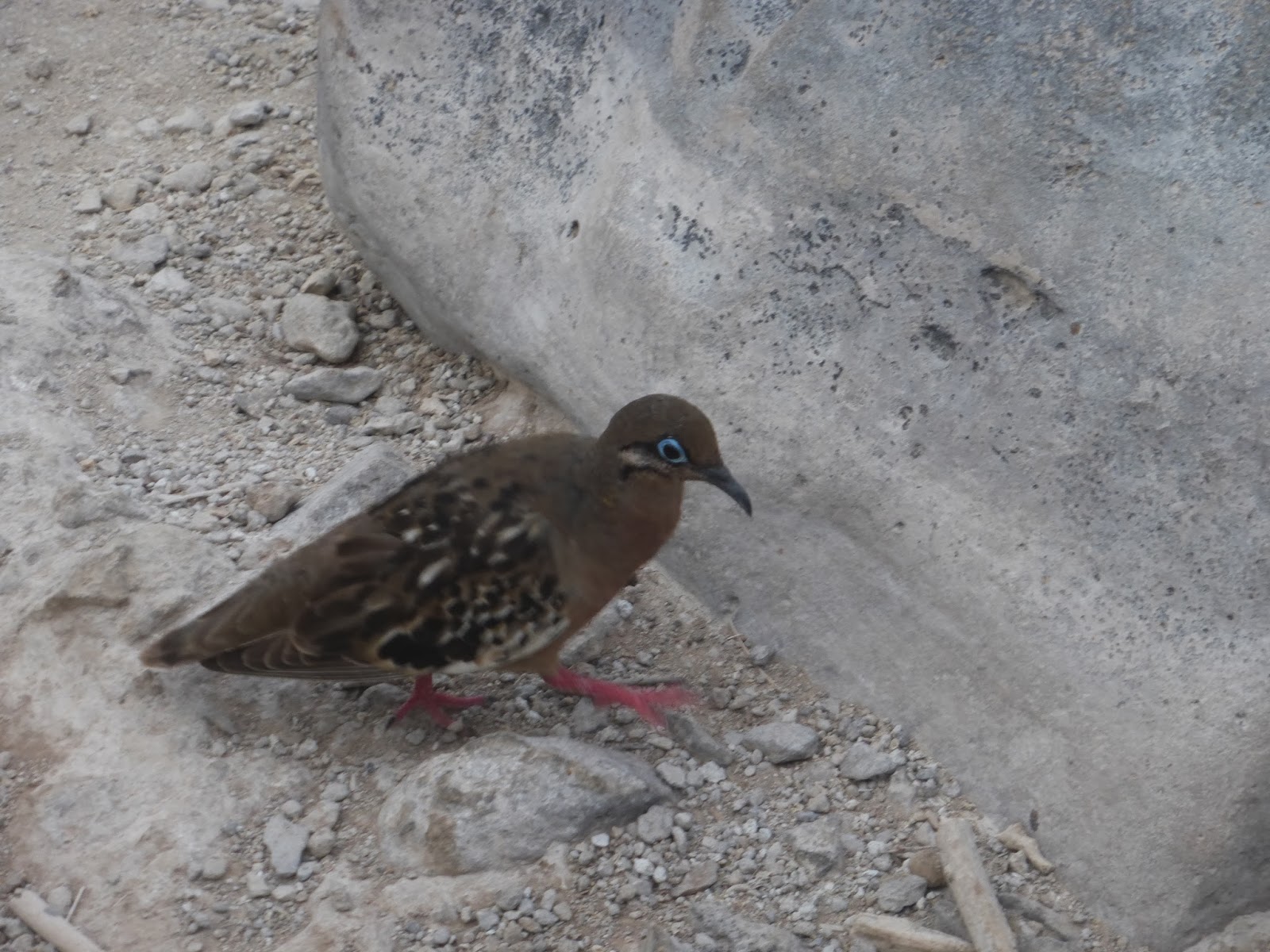 These are the Galapagos doves which can be seen on many of the islands. Their most attractive feature I think is the blue ring around the eye. 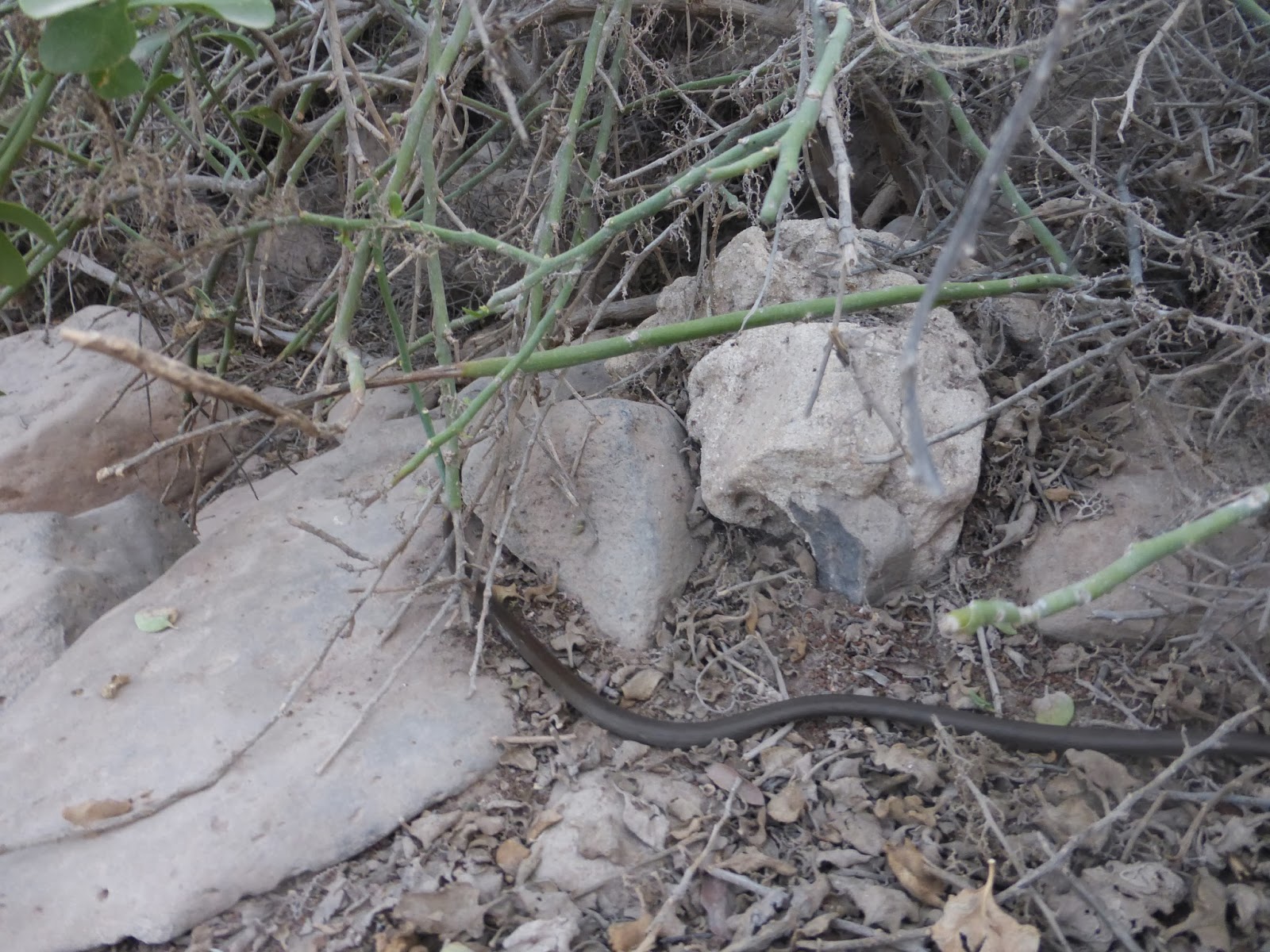 I was lucky to be walking next to the guide when he saw this snake, the Galapagos Racer. There are only three land snakes on the island and I had now seen two of them so I felt very honoured. This is also a constrictor but again very small growing to 1m in length. 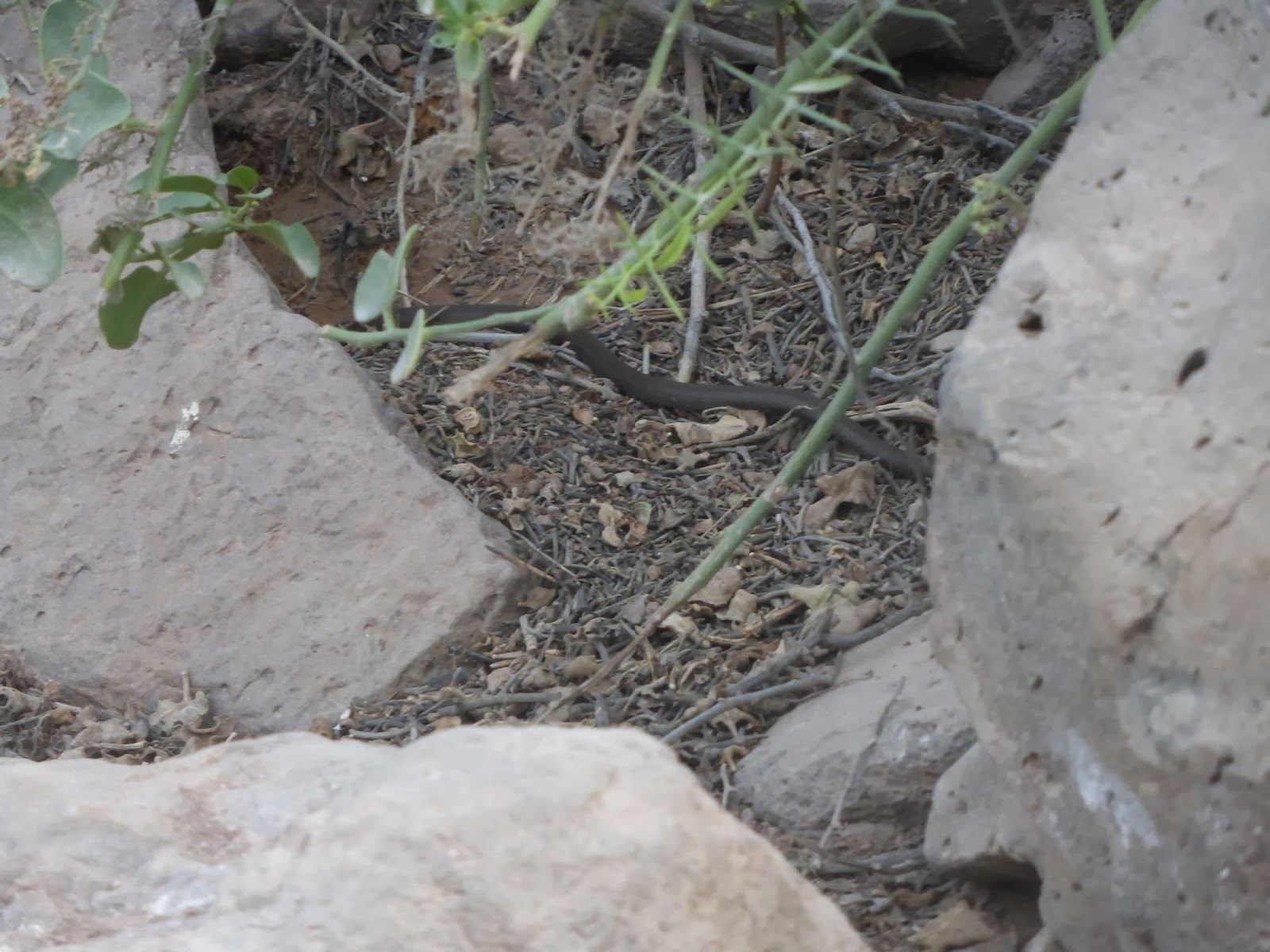 We celebrated another excellent day with some wine. 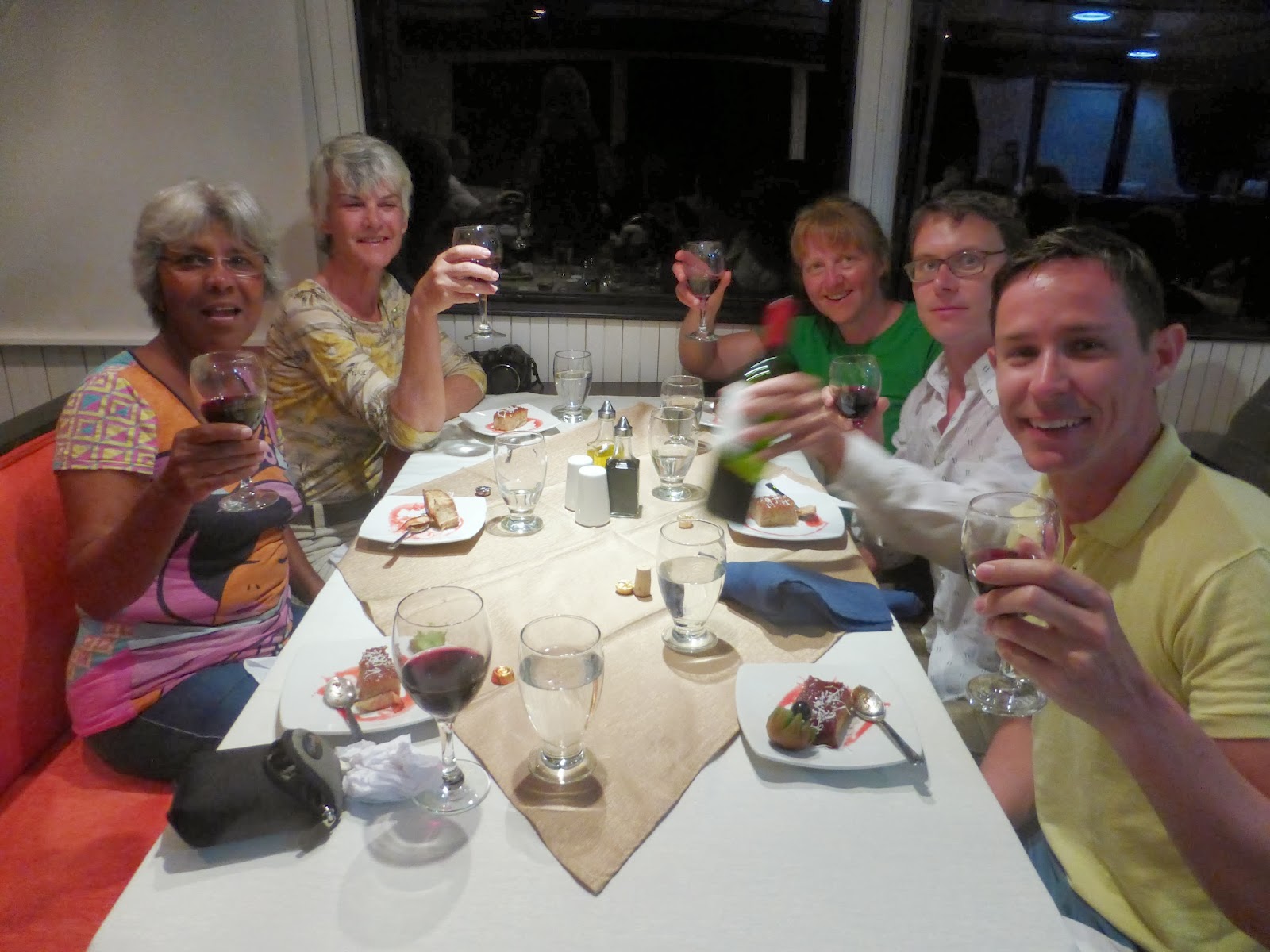 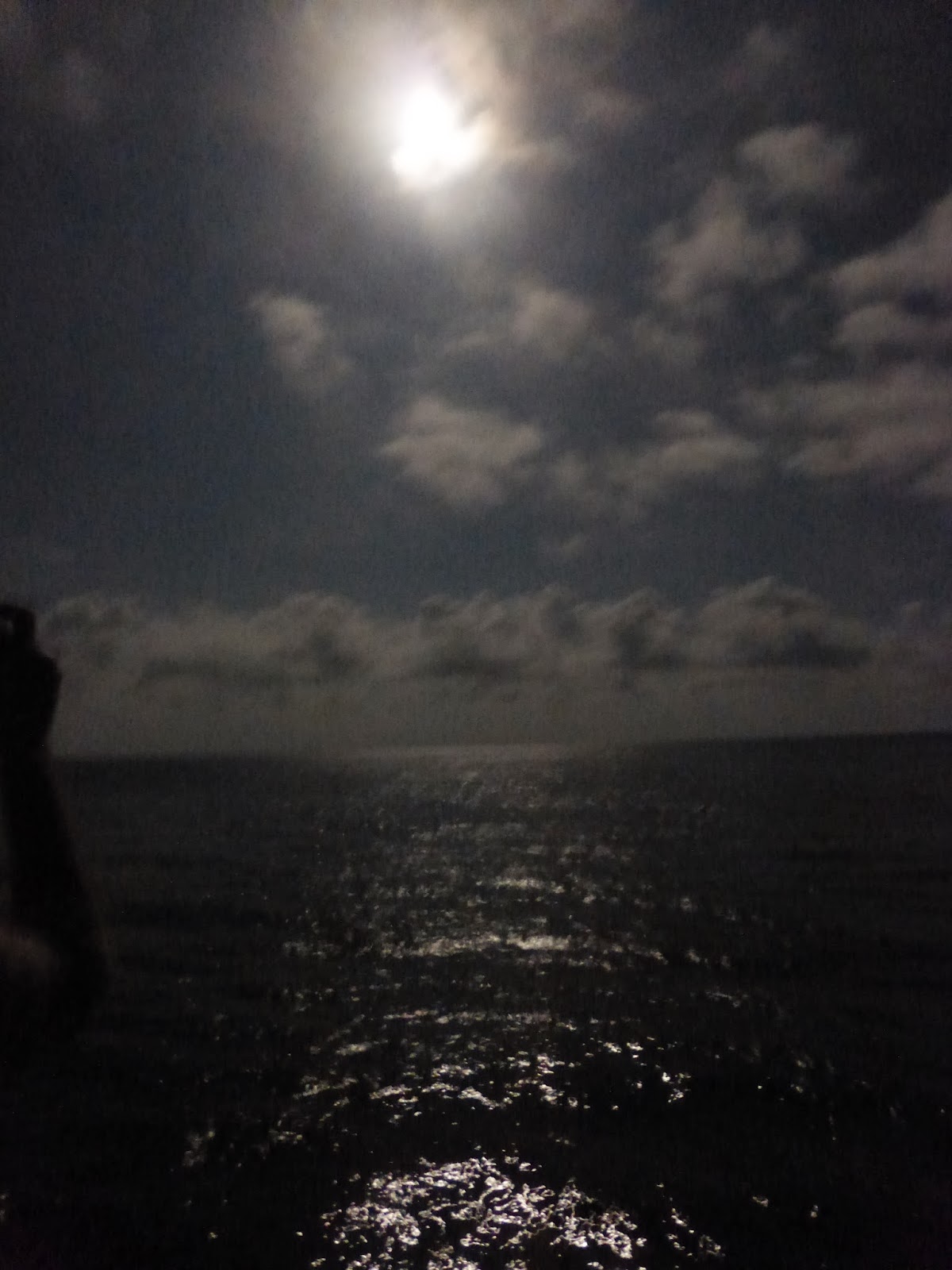