Just off St James's street is the Economist's Plaza - home to the magazine of that name. Walking past I happened to glance in and notice this larger than life sculpture. At first I didn't realise it was a sculpture as from a distance it looked so life like. But as I approached this rather desolate looking man I realised that unless giants had taken over London then this was the work of a talented scultptor. There were 3 figures in the plaza: 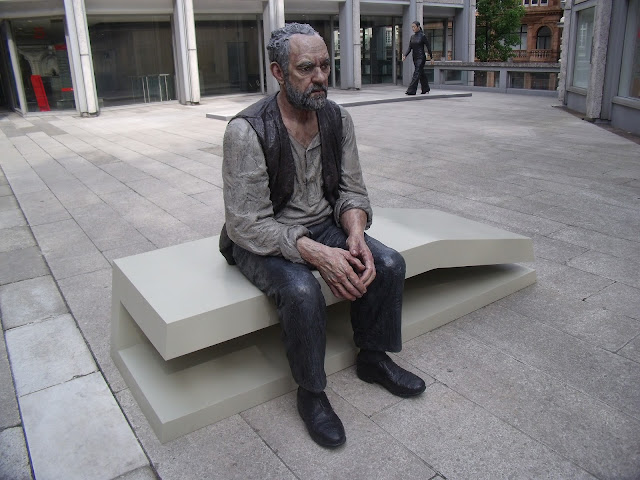 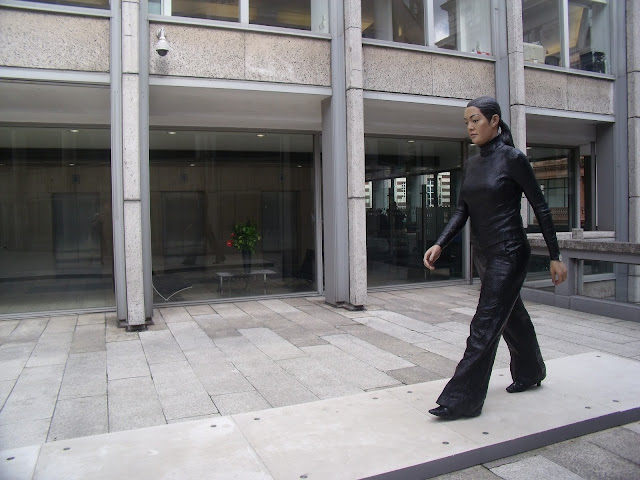 They are the works of Sean Henry. I will now have to search out any further examples of his work.

At the other side of the Plaza was this water feature called 'The Eclipse'. Difficult to show just how fascinating it was by still photos but I'm sure you get the idea. 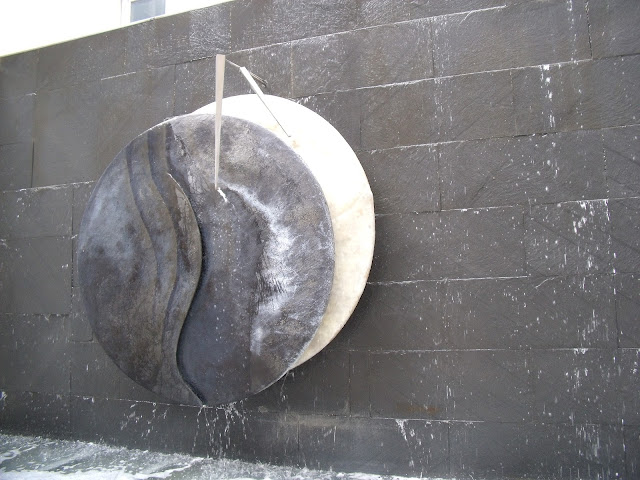 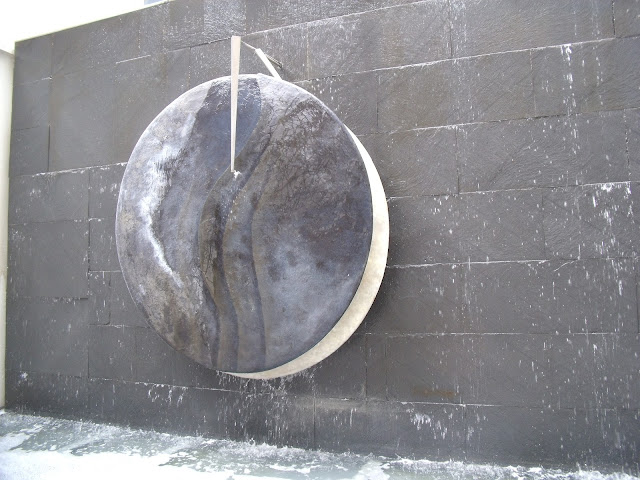 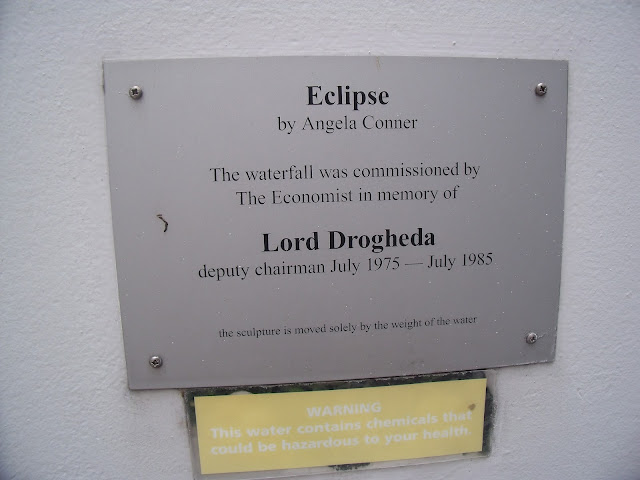