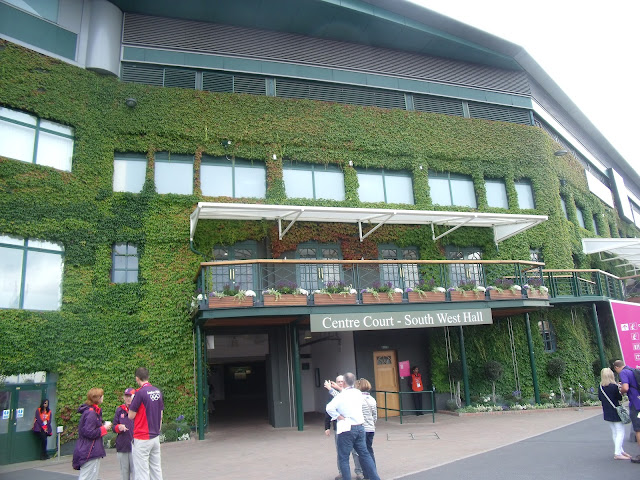 The only tickets I had managed to get for the Olympics were for the tennis so I was not too disappointed. You see these pictures on the TV screens so often that it looks very familiar. The difference of course is that this time Wimbledom is hosting the Tennis Olympics and not the Grand Slam so the usual green of Wimbledon has been changed into the purples and blues of the London Olympic colours. 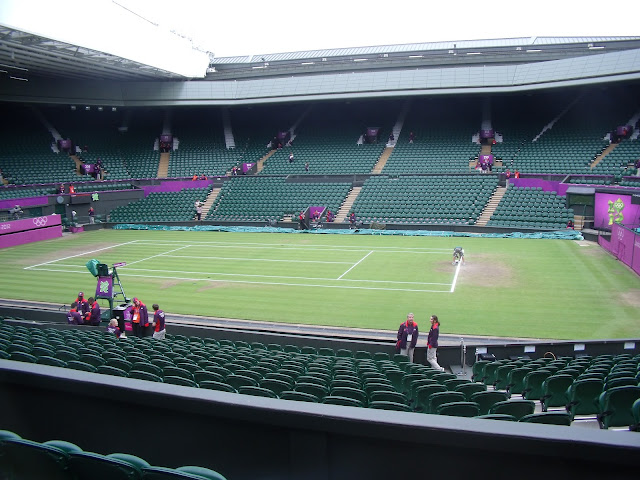 Although I didn't have a ticket for the centre court I was able to get a quick look in as it was still quite early. 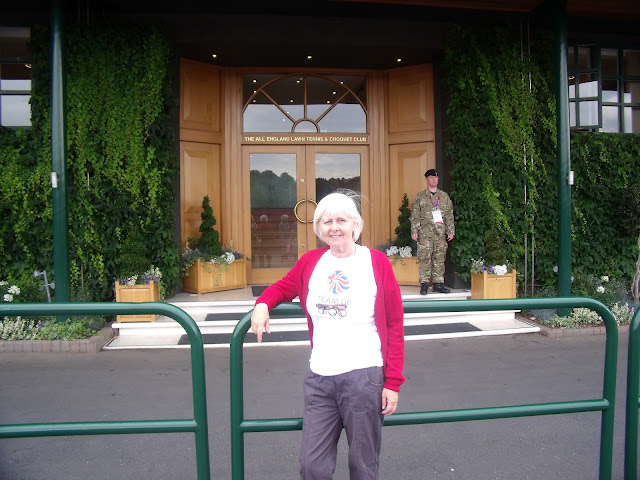 My first visit to Wimbledon. 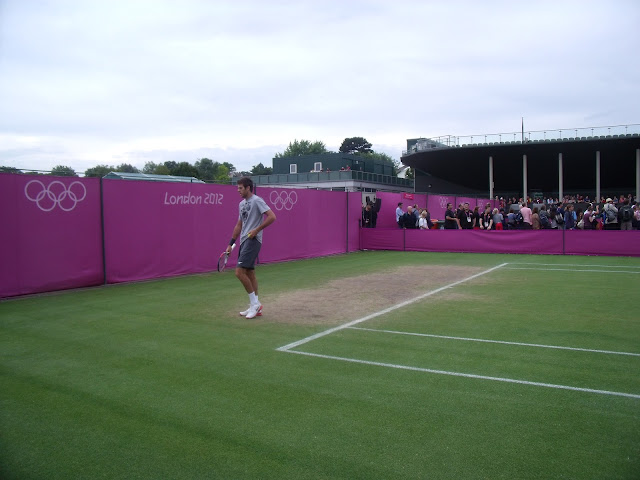 Arriving early means you see a number of the players on the practice courts. This is Del Potro.. 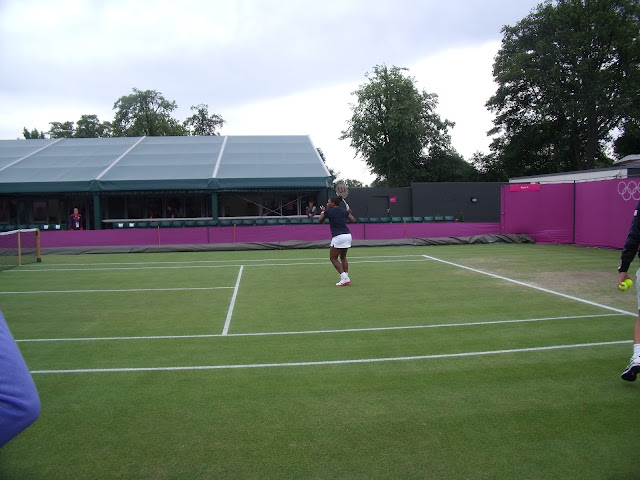 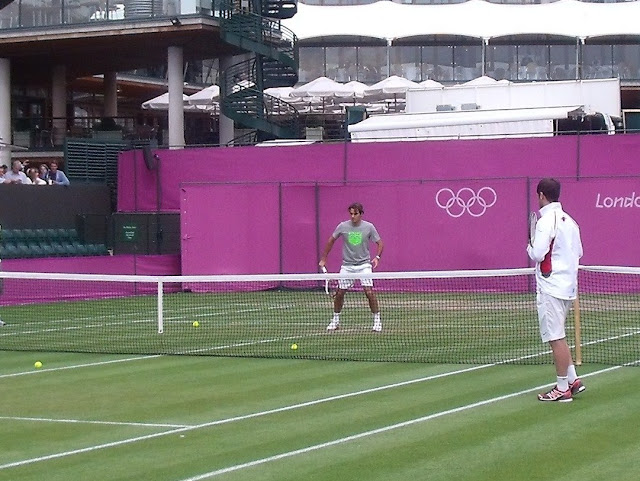 The man himself- Roger Federer 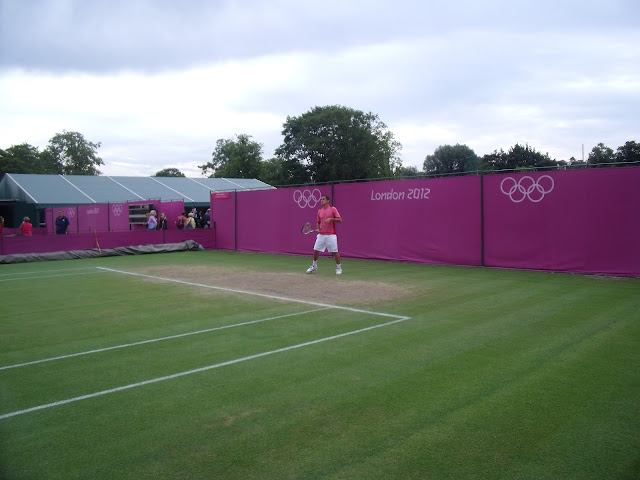 Really sorry but have forgotten this player's name. I think he is the spanish player - Almagro 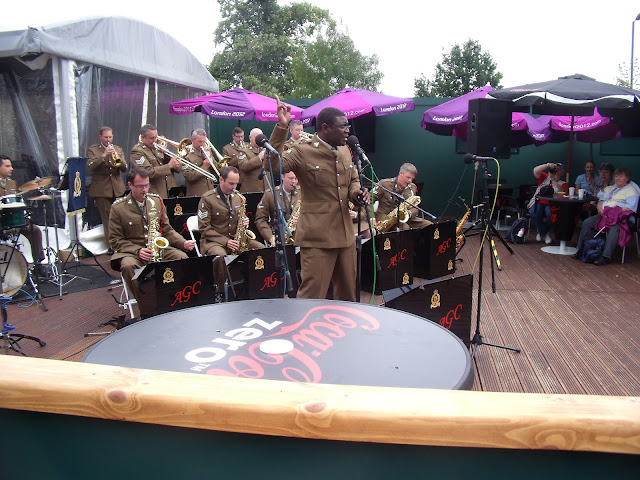 There was a great army jazz band entertaining everyone. 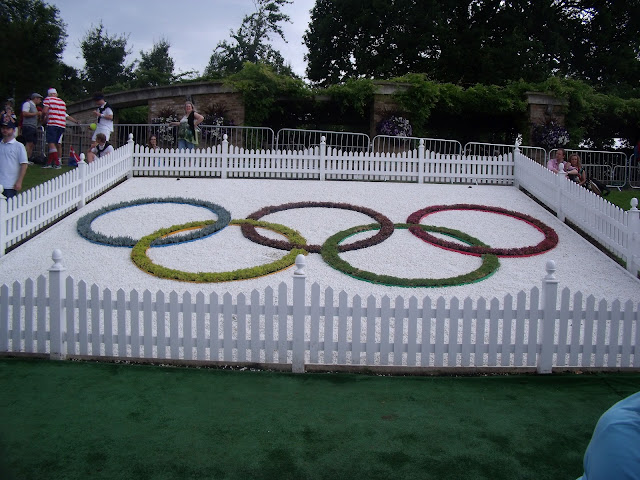 This is at the top of Henman Hill. The rings are made from small rockery plants. 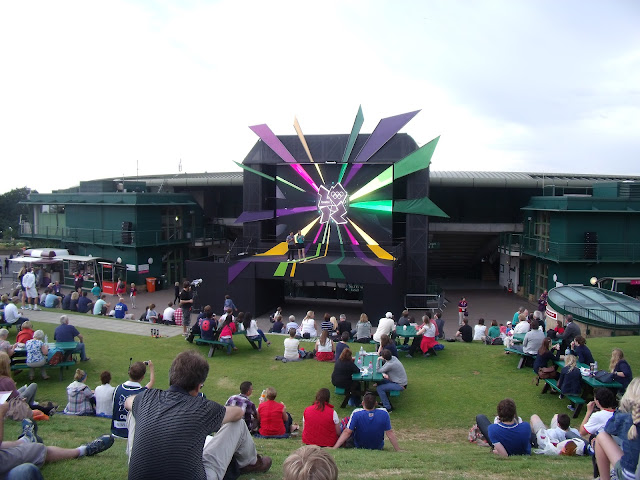 This is looking down the hill at the big screen which shows all the matches played on Centre court. 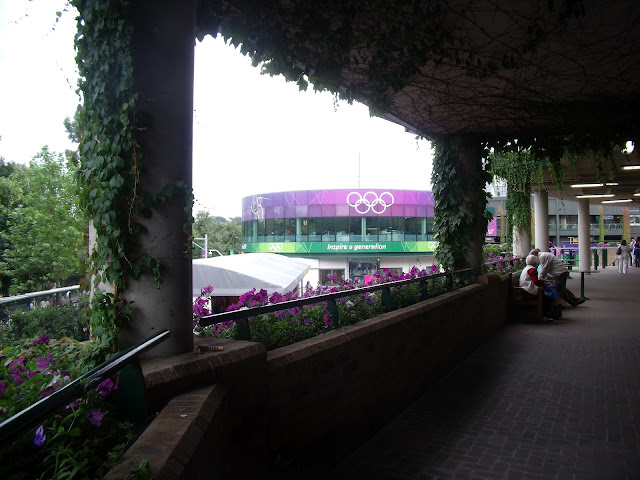 Some great places to just wander around and take in the atmosphere. 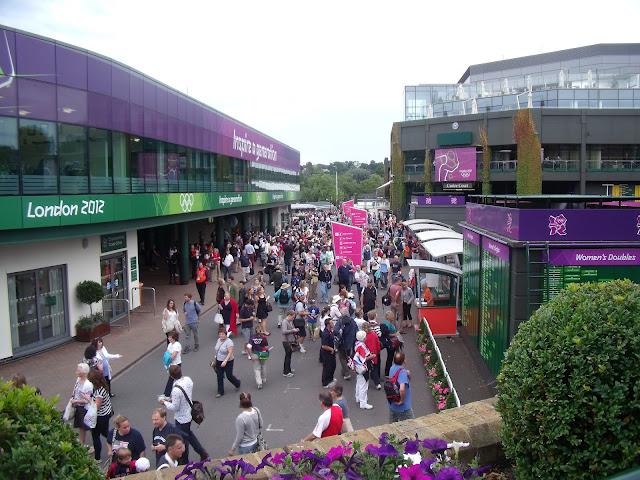 Beginning to fill up now so time to take my seat in court no:1 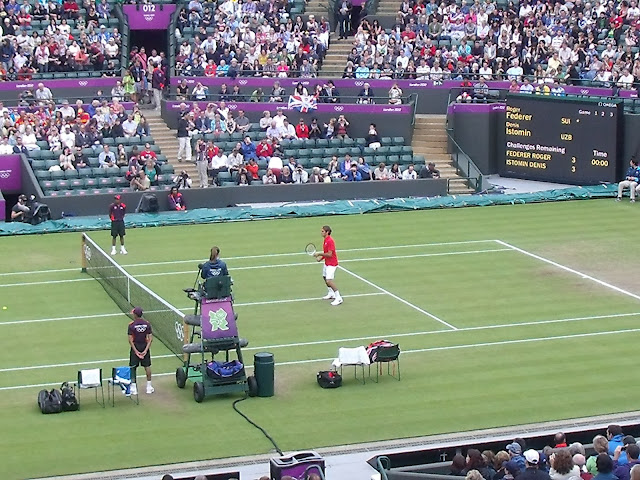 The first match was Federe v. Istomin which Fed won 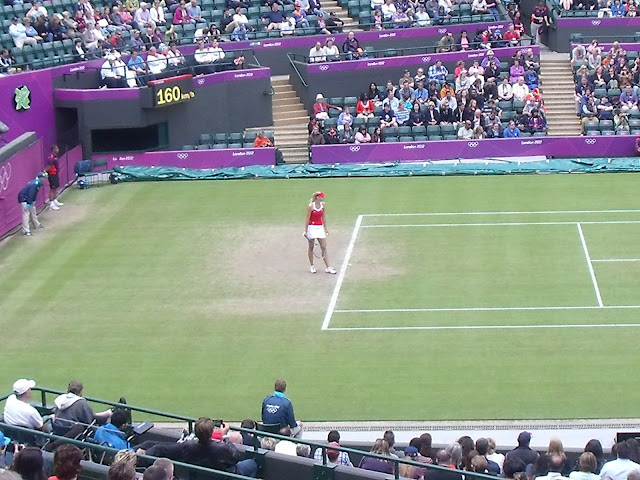 Later in the day Sharapova played Lisicki which was an excellent match if you can cope with Sharapova's screaming after every shot! 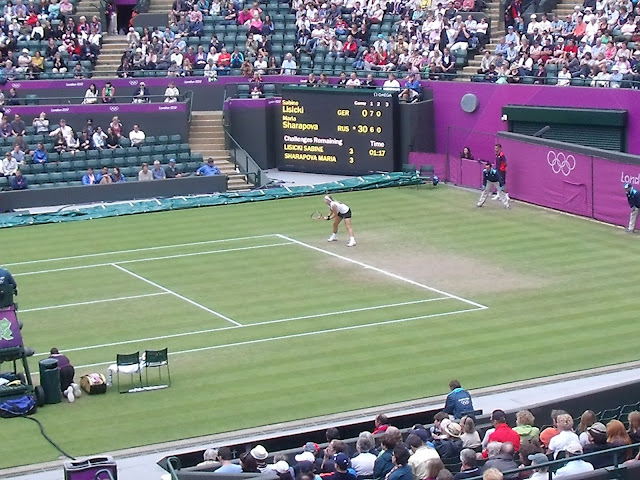