All through September there have been many activities centred around the River Thames as part of the Totally Thames Festival. On Saturday it was the annual Great River Race. The race is over 21.6 miles from Docklands to Ham and is open to boats that are moved by oars or paddles. The rules say there has to be a cox and a passenger. Not only is there a prize for the fastest in each category but also for fancy dress. This year there were 330 crews in a wide range of crafts including Dragon Boats, longboats, skiffs, gigs, whaleboats and other more novelty type of boats. 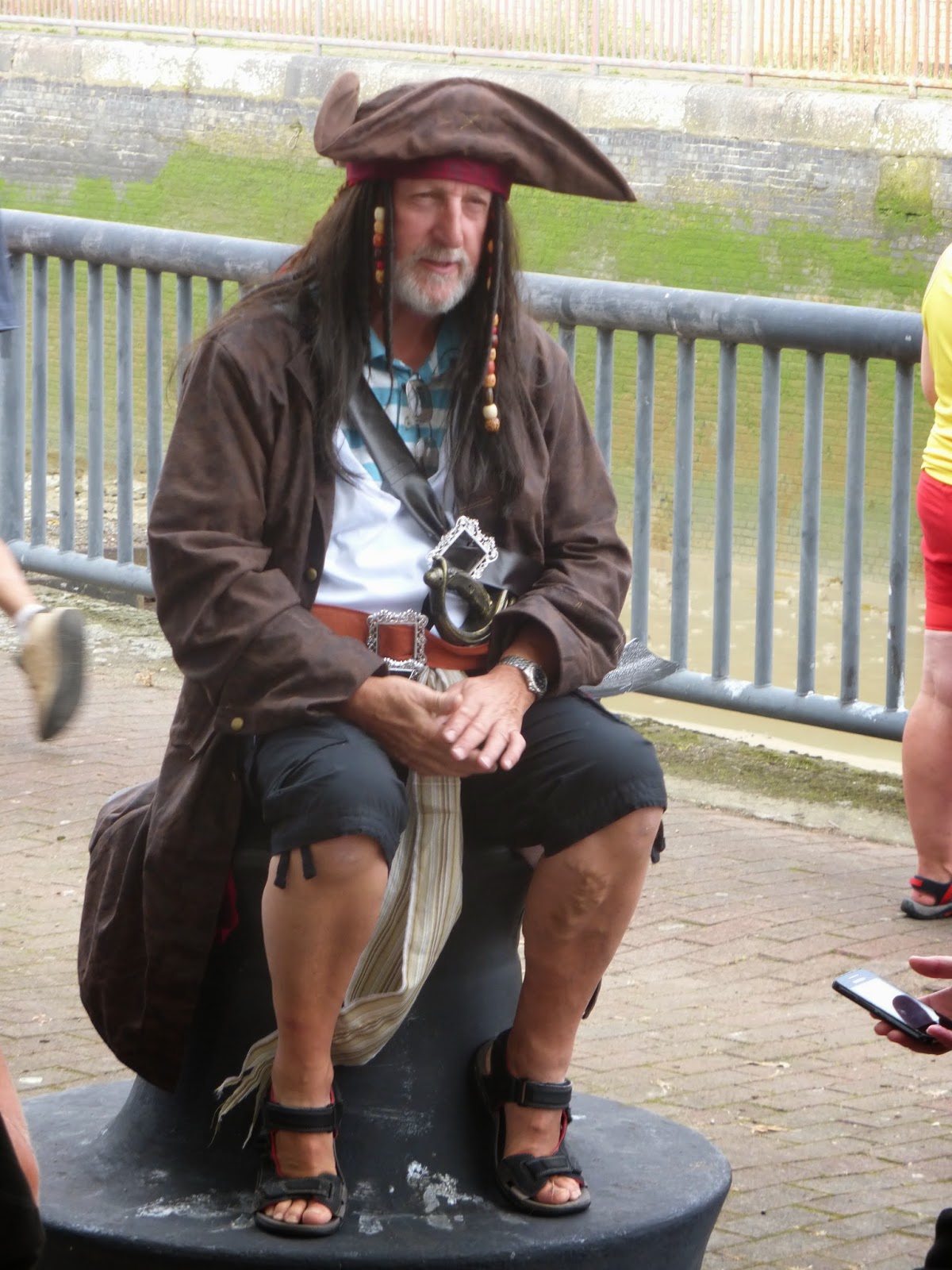 I went to the Docklands sailing club to see the crews getting ready to launch their boats and get them to the start. It was noisy, colourful and lots of fun. 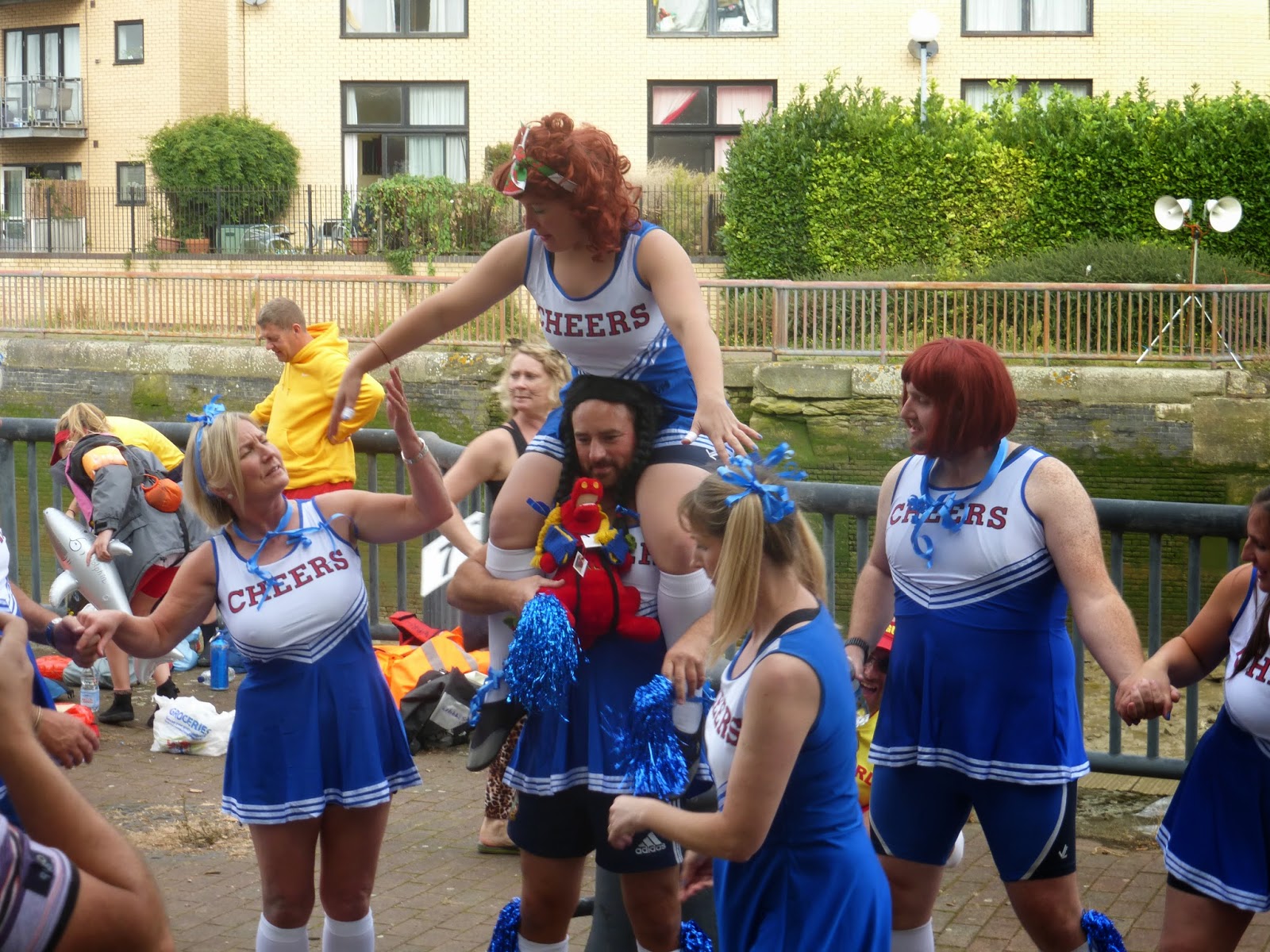 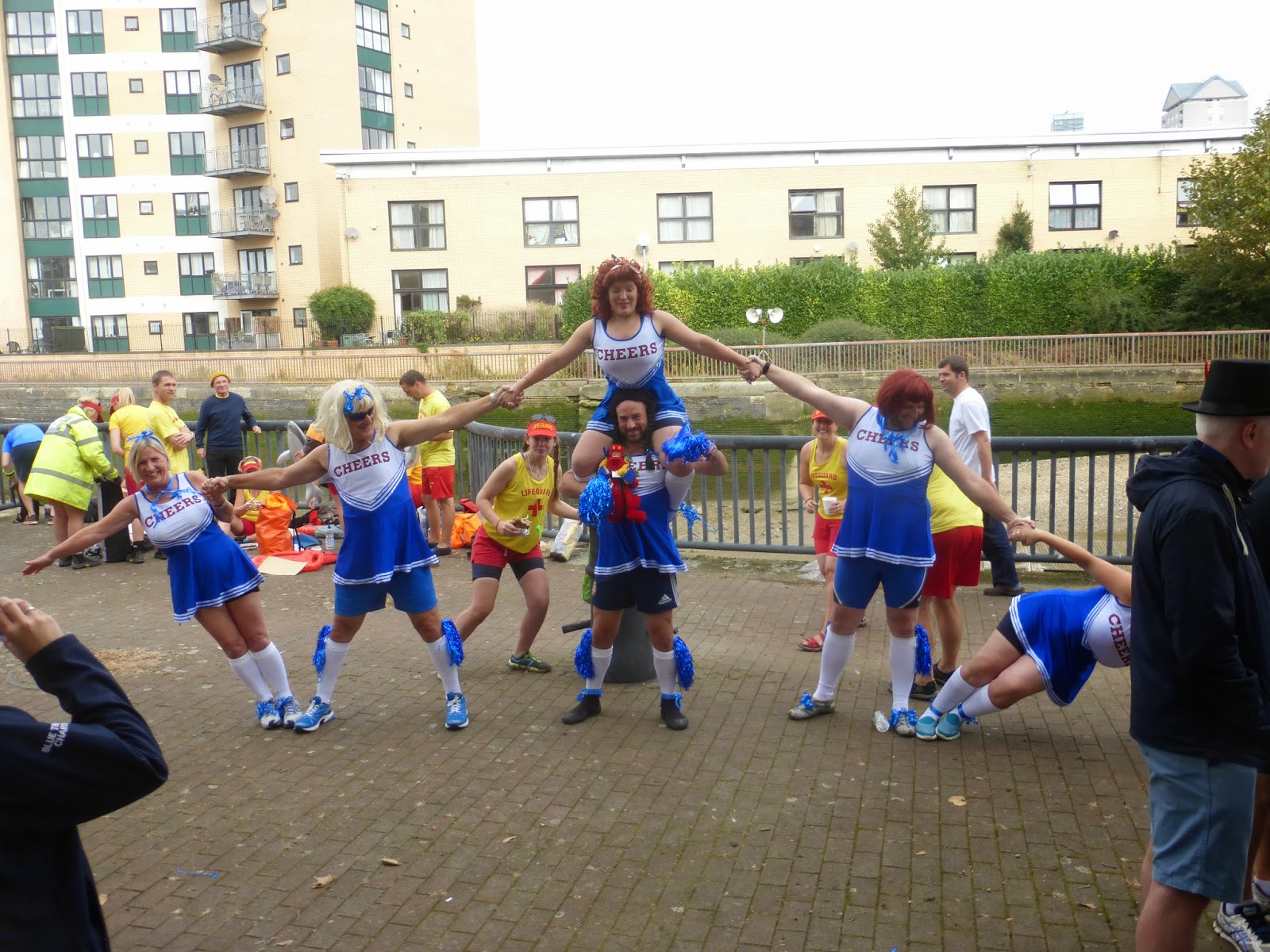 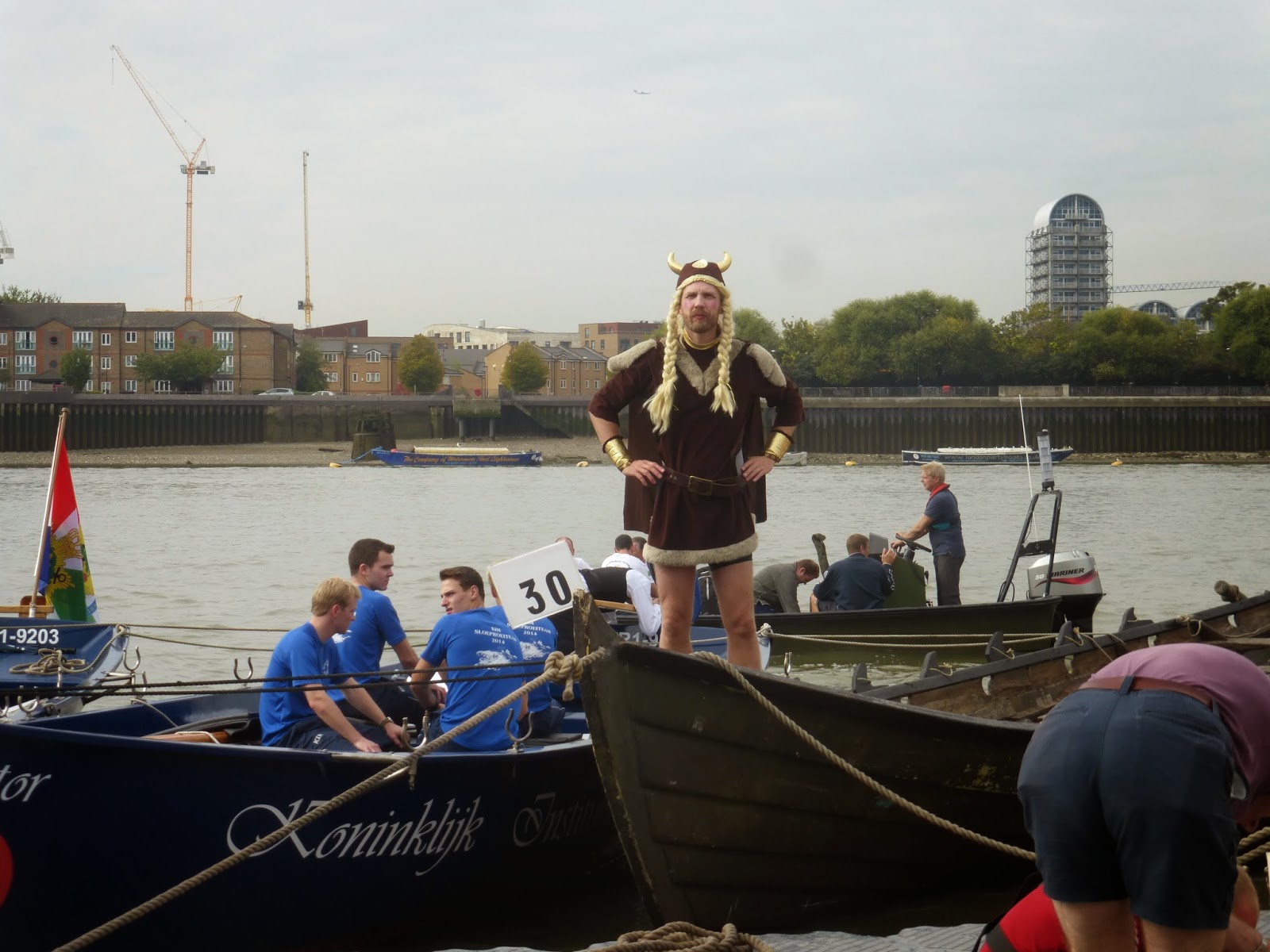 Looking for the rest of his crew. 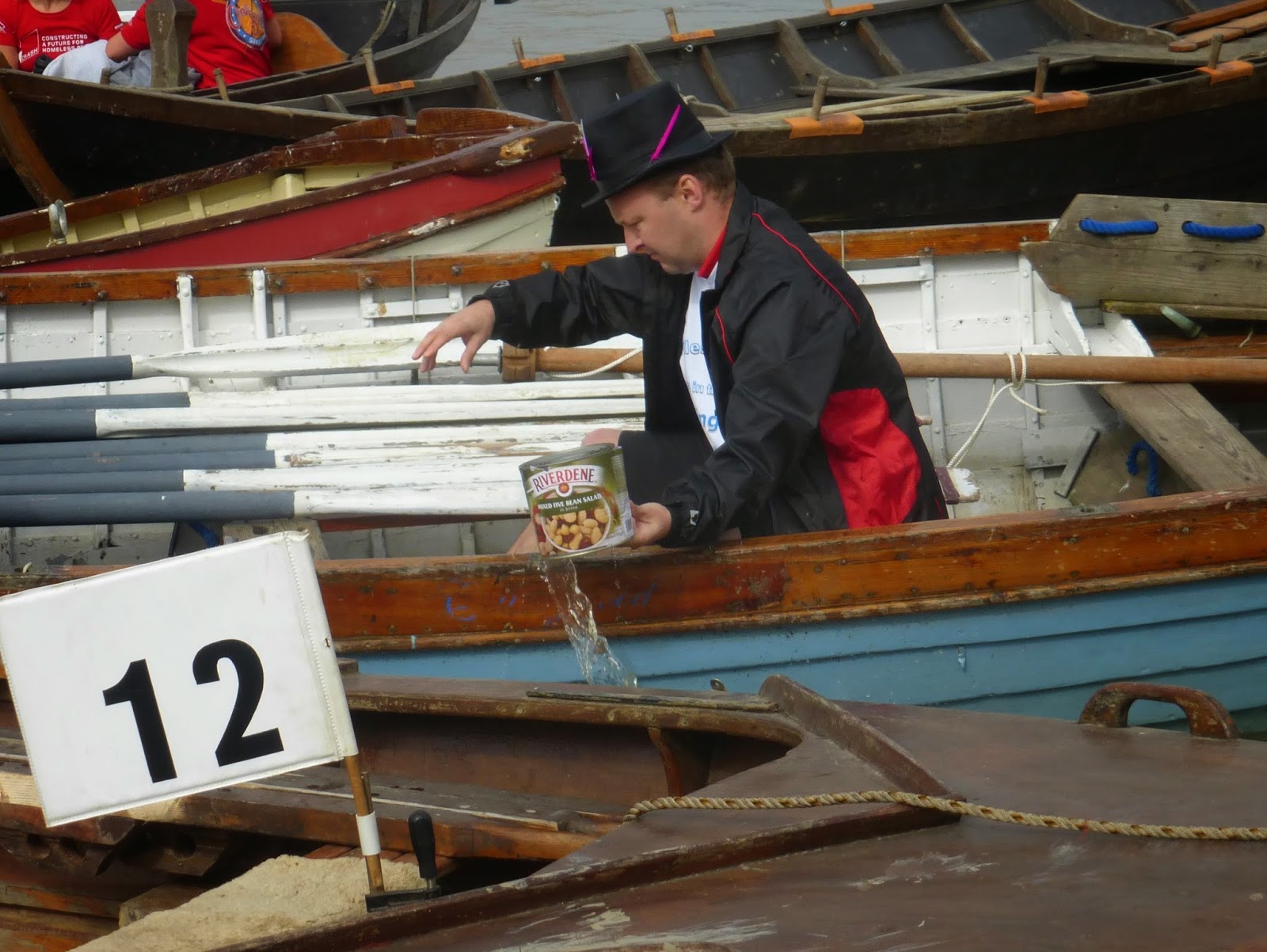 Someone has to bail out the boat. 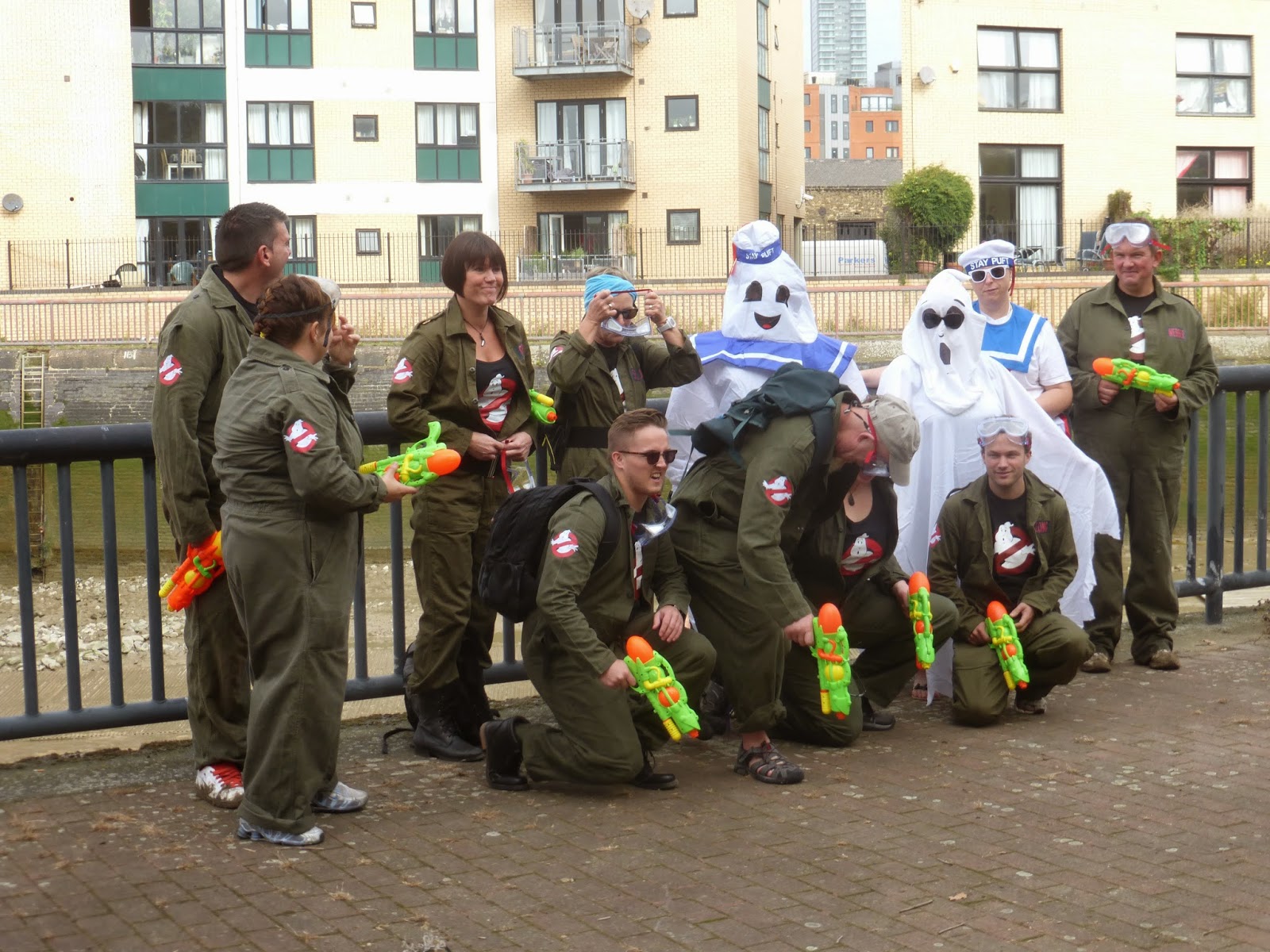 Snow White seems to have lost his dwarves. 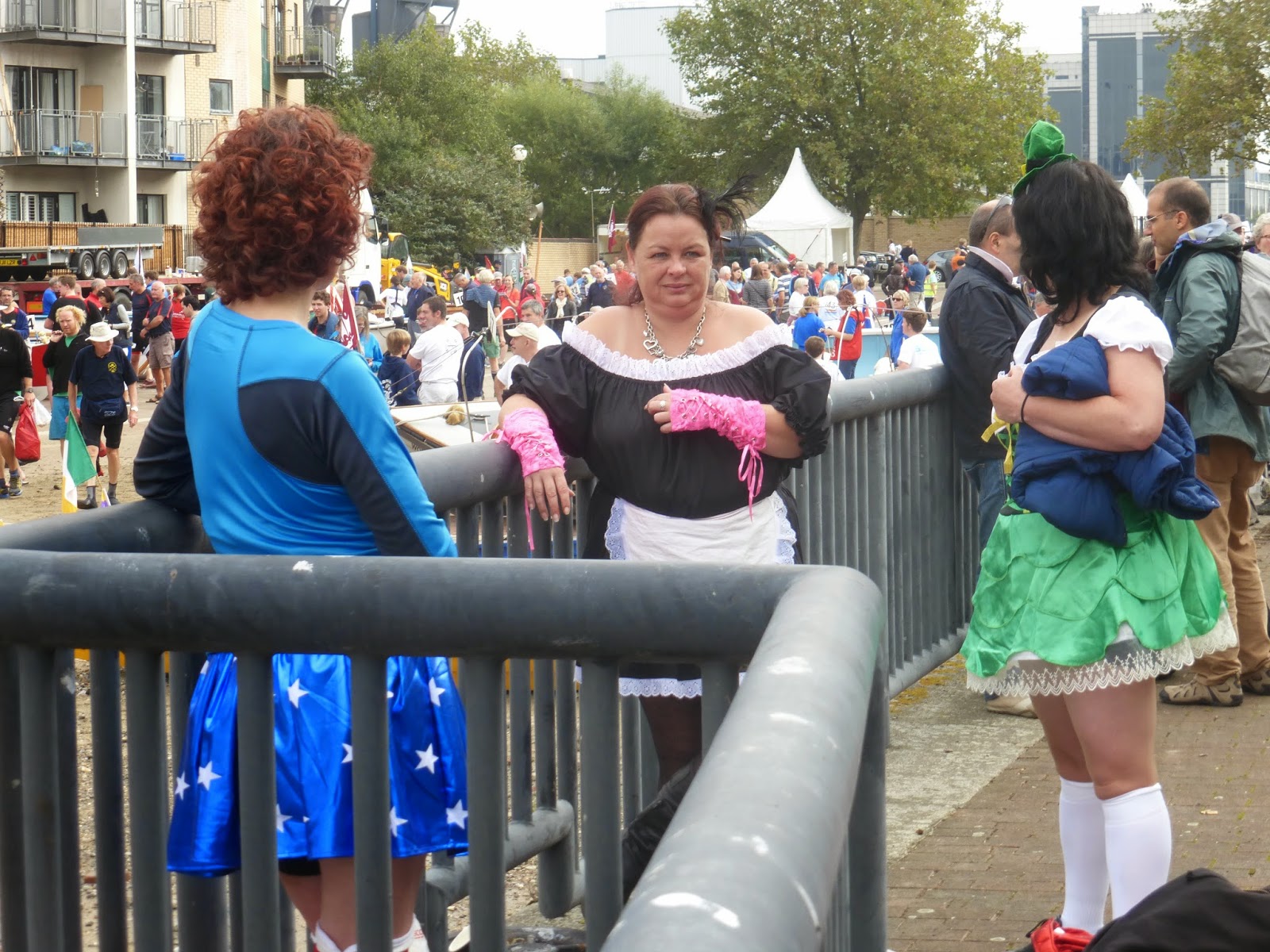 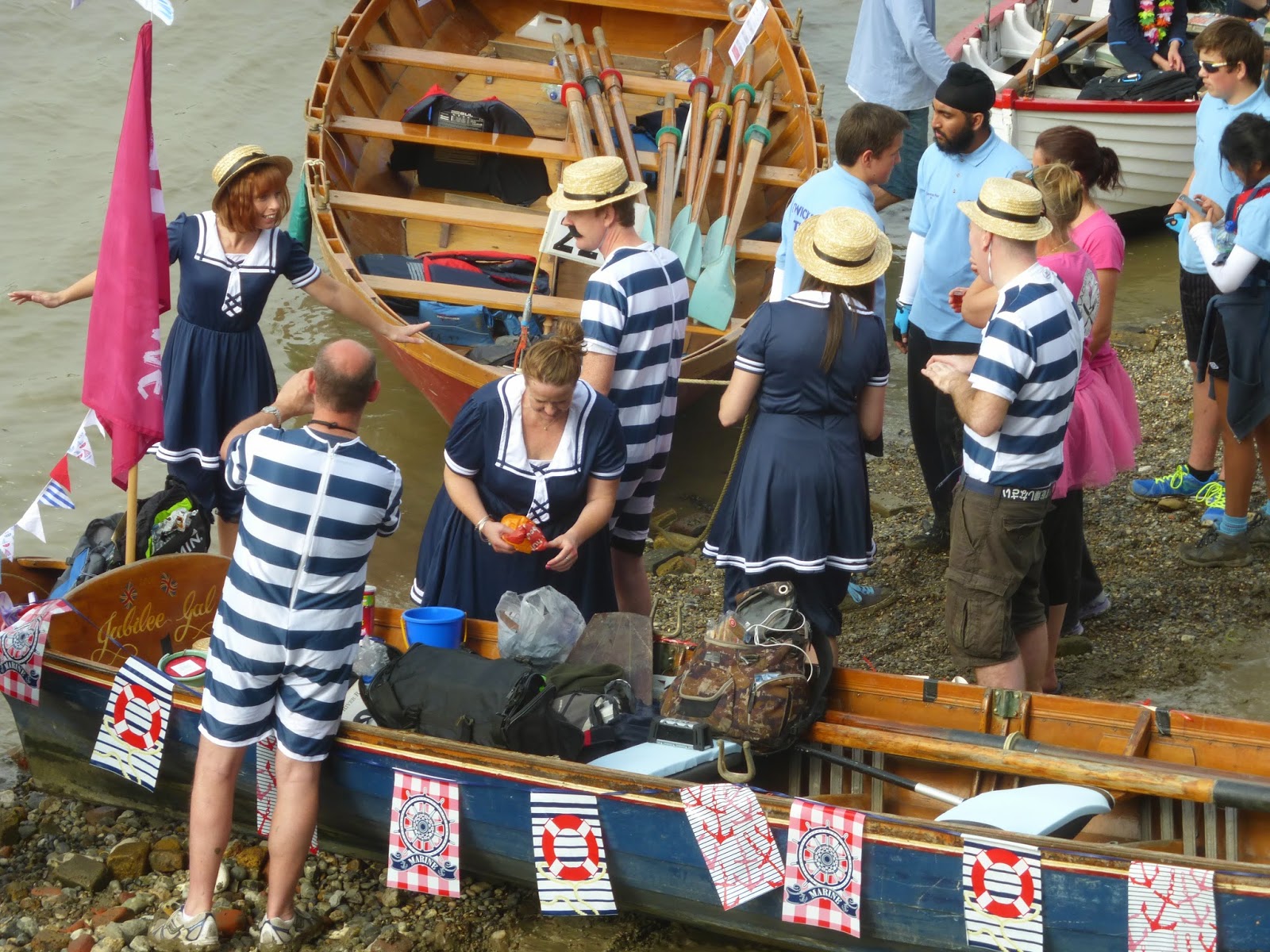 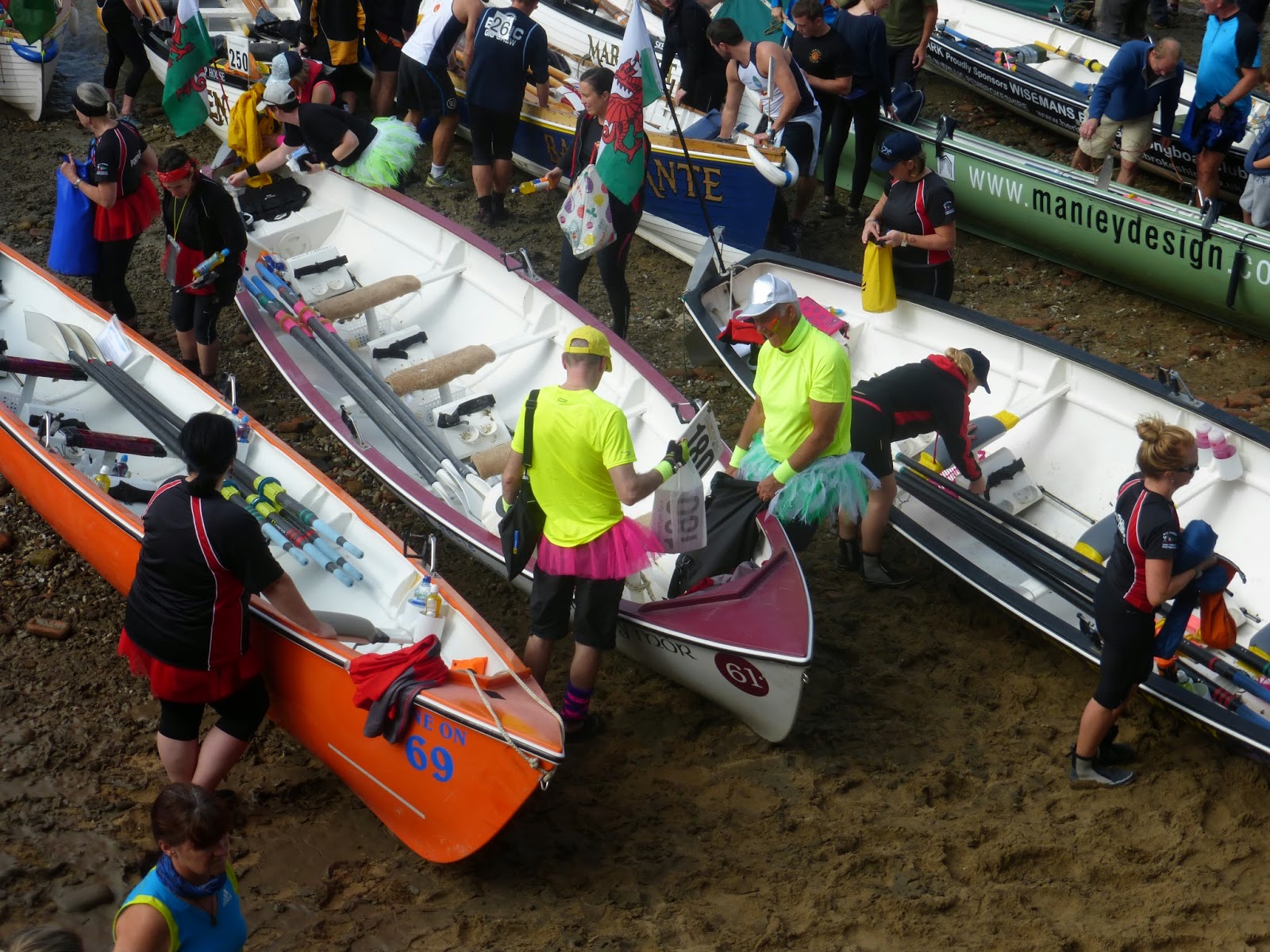 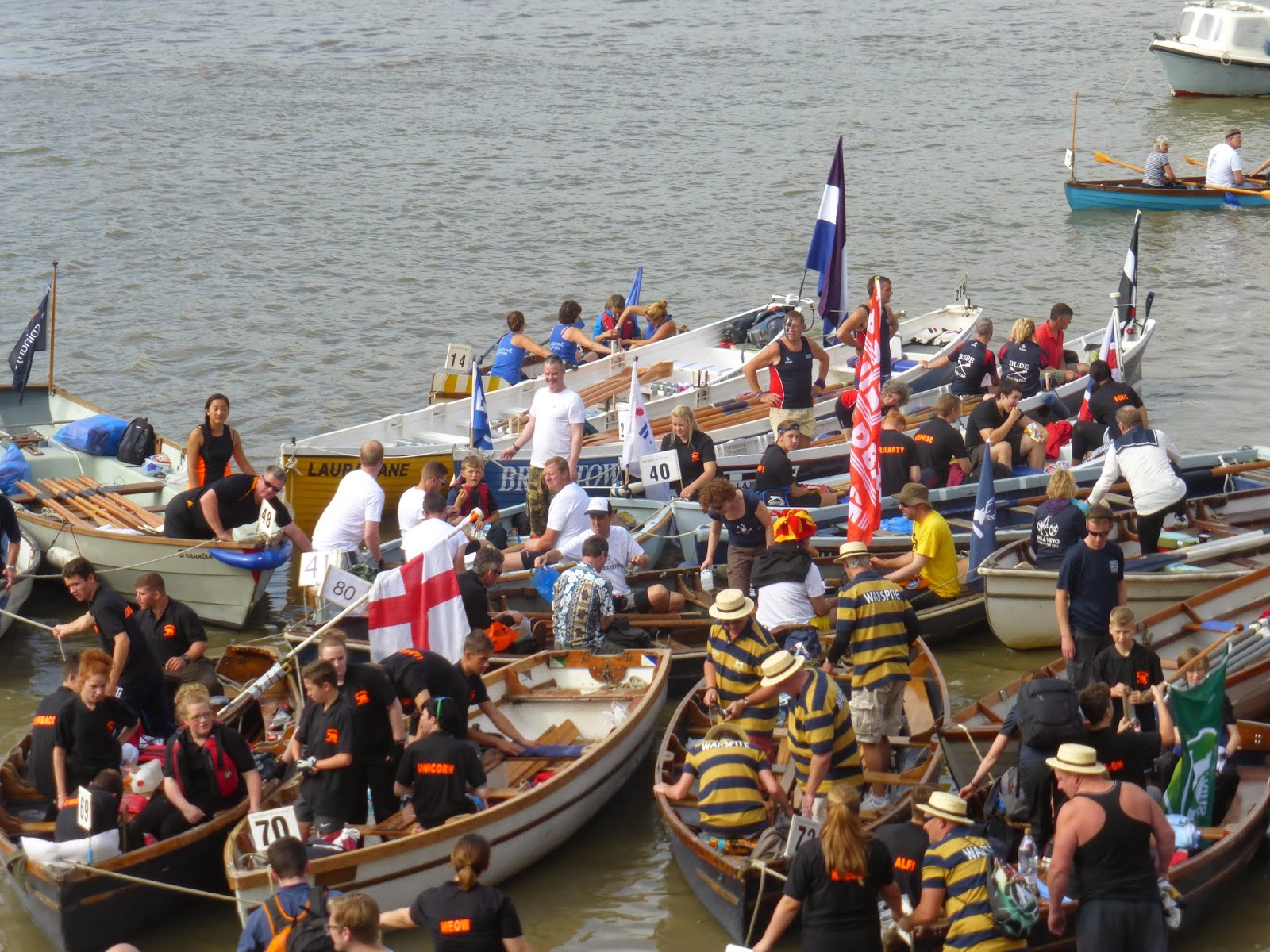 It seemed a little chaotic whilst the crews were searching for their boats. 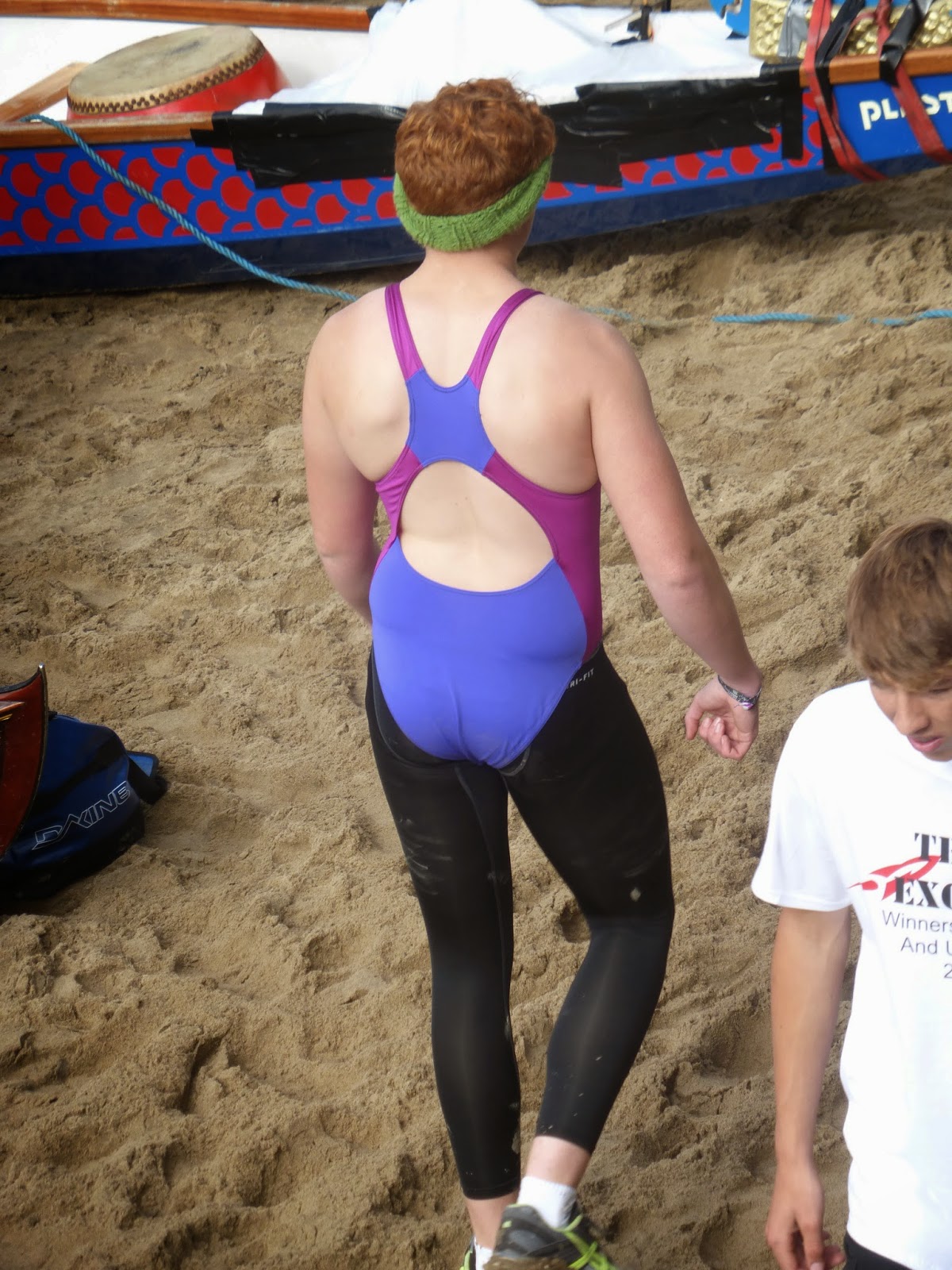 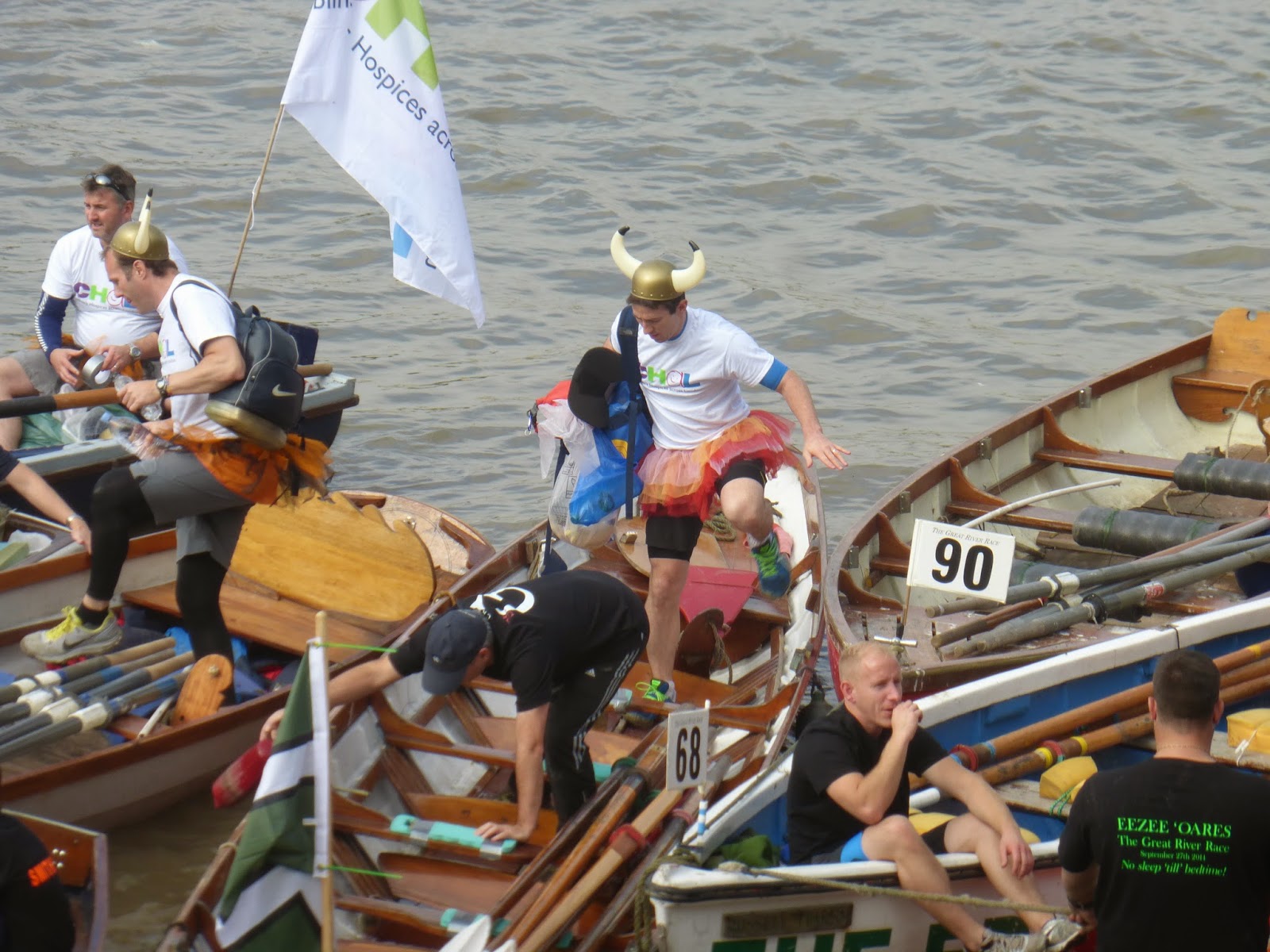 The missing Vikings off to find their boat. 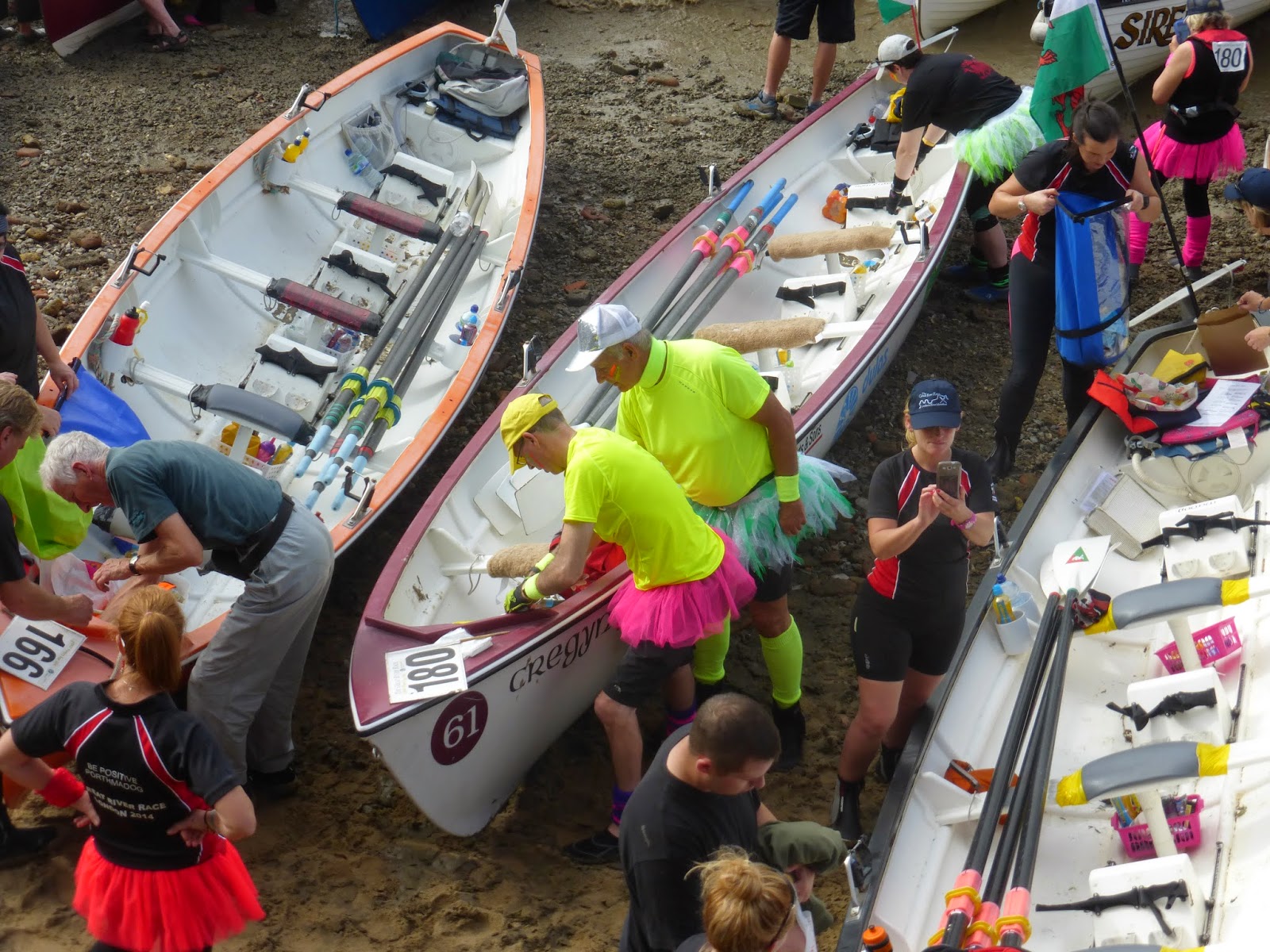 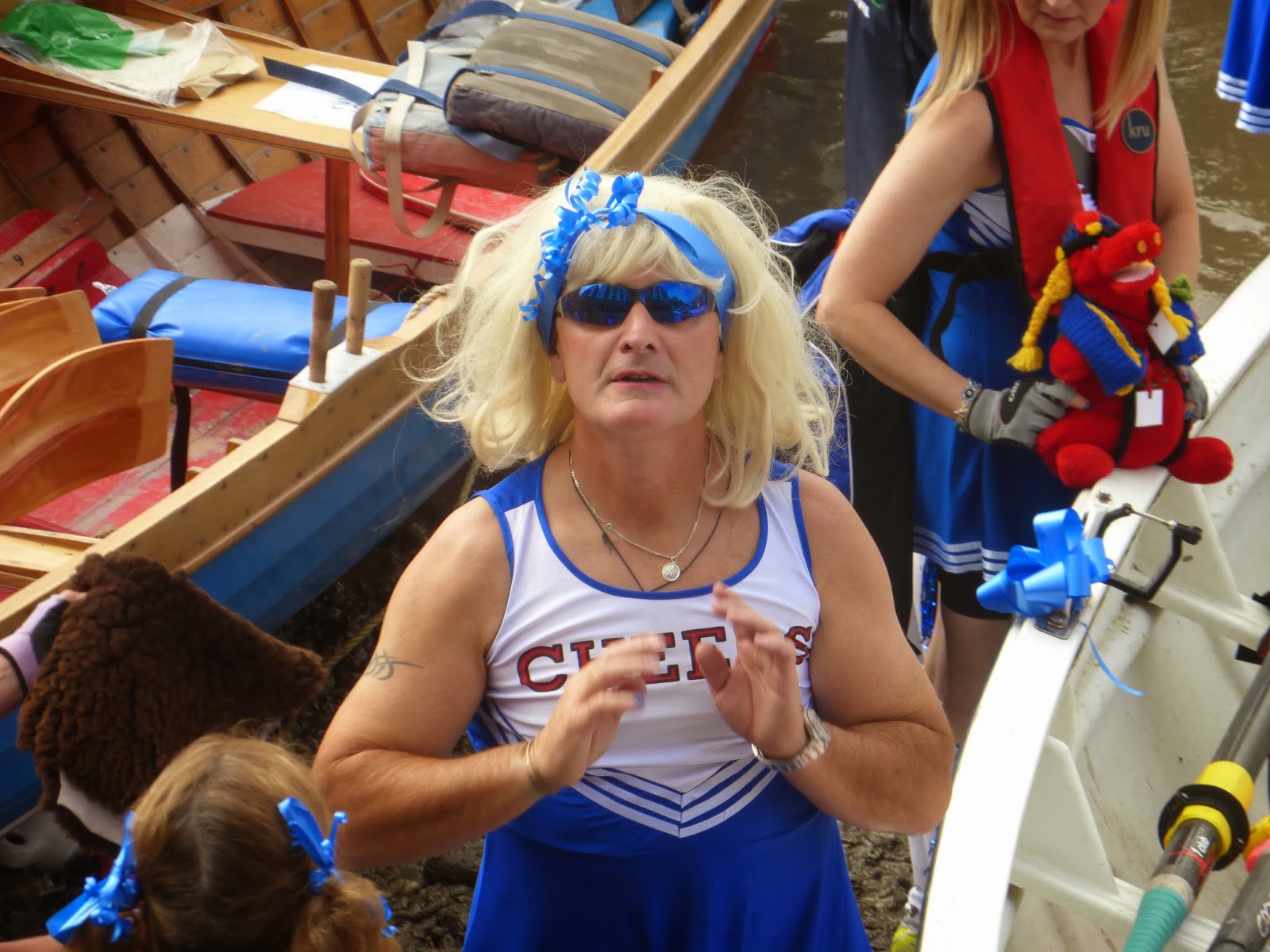 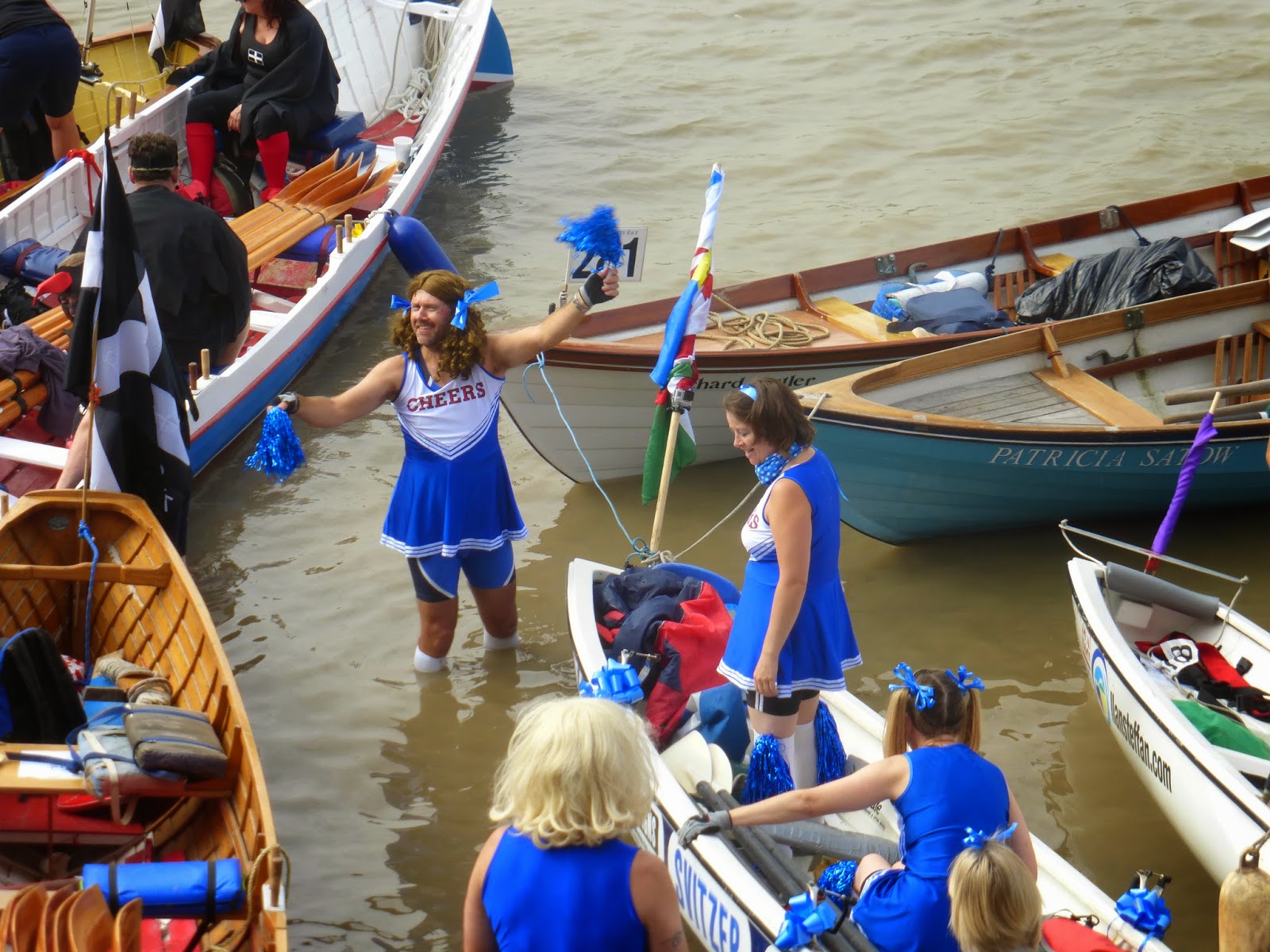 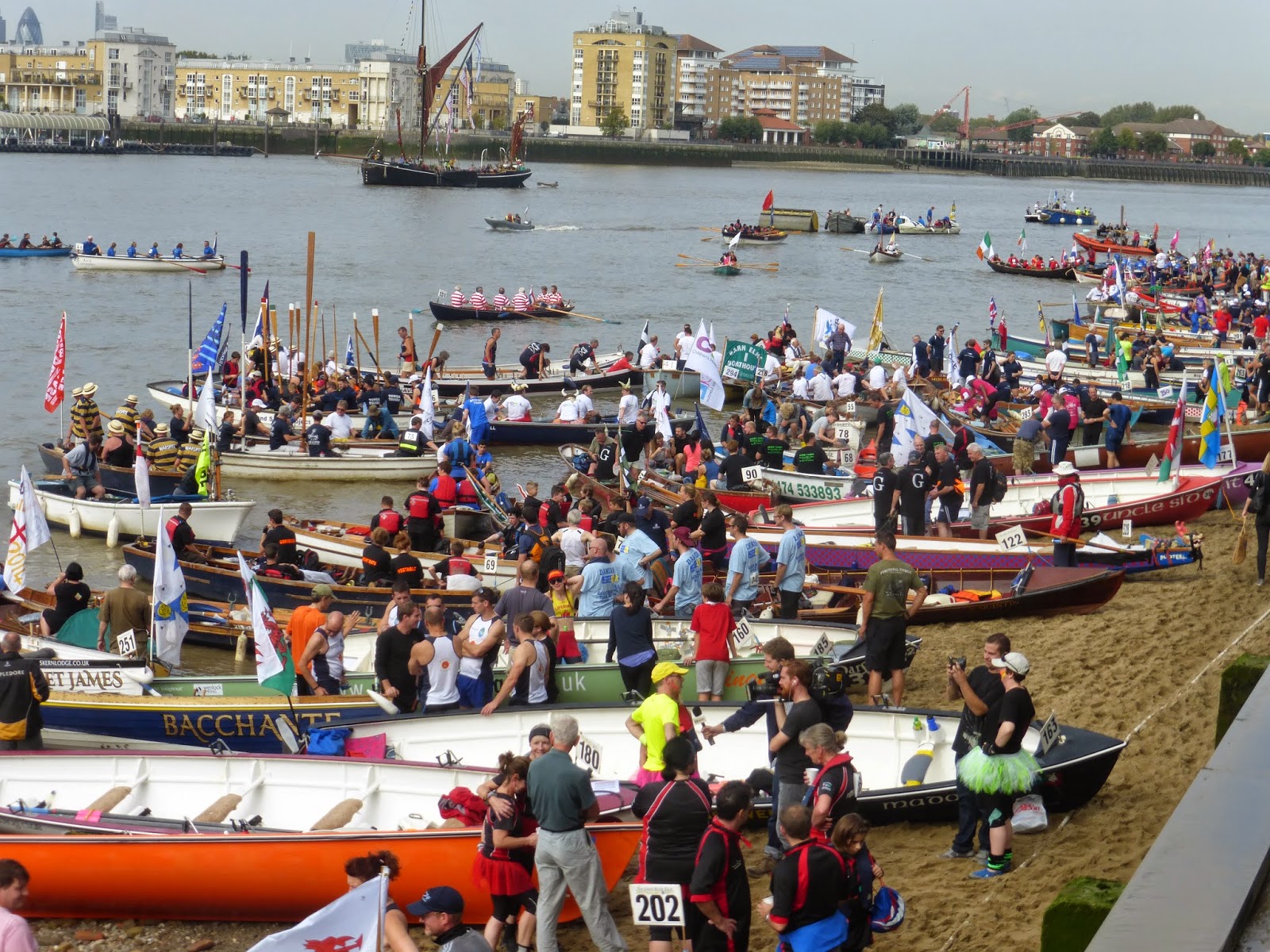 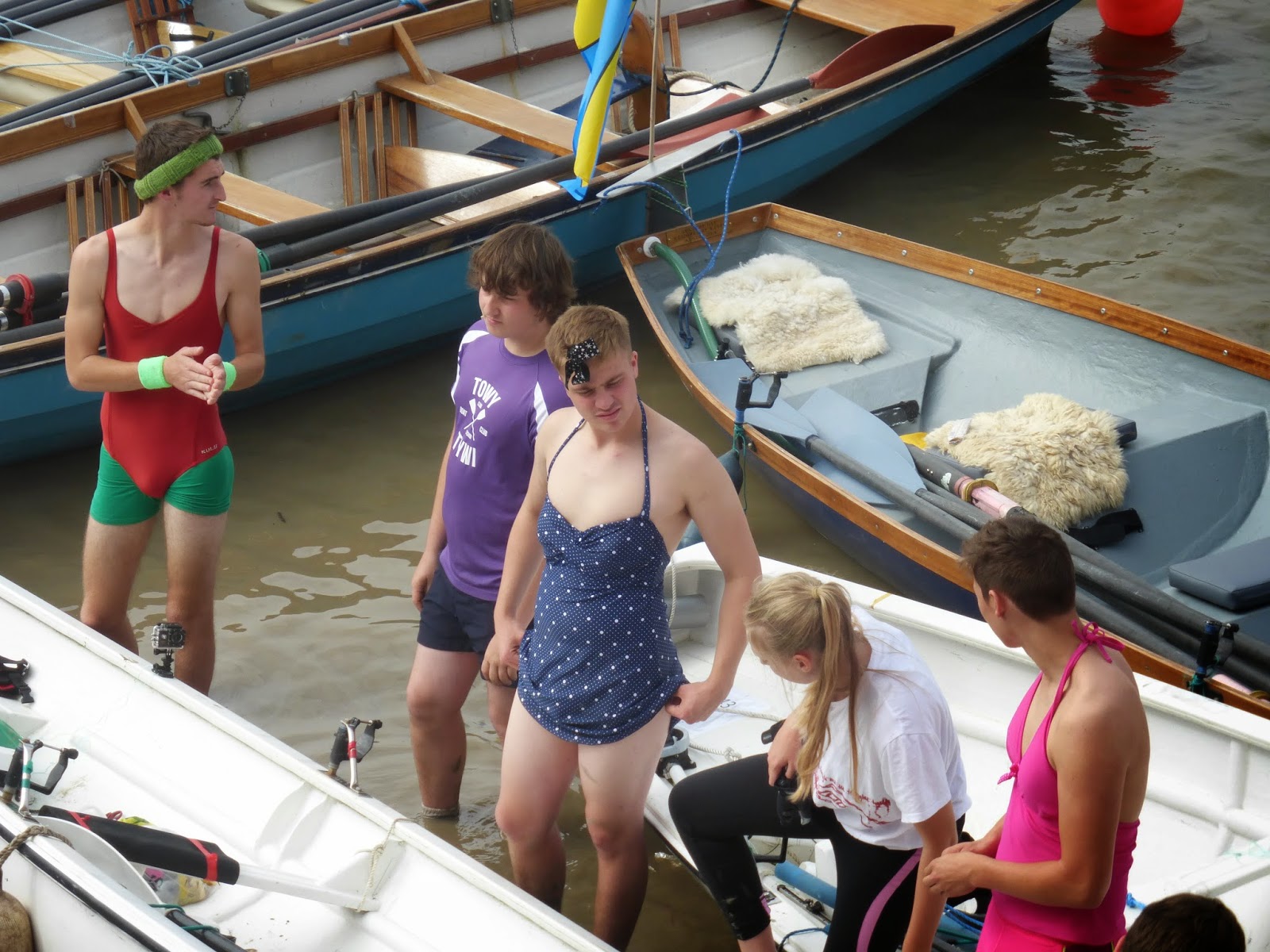 I thought these young men looked very fetching in their girlfriends' swimsuits. 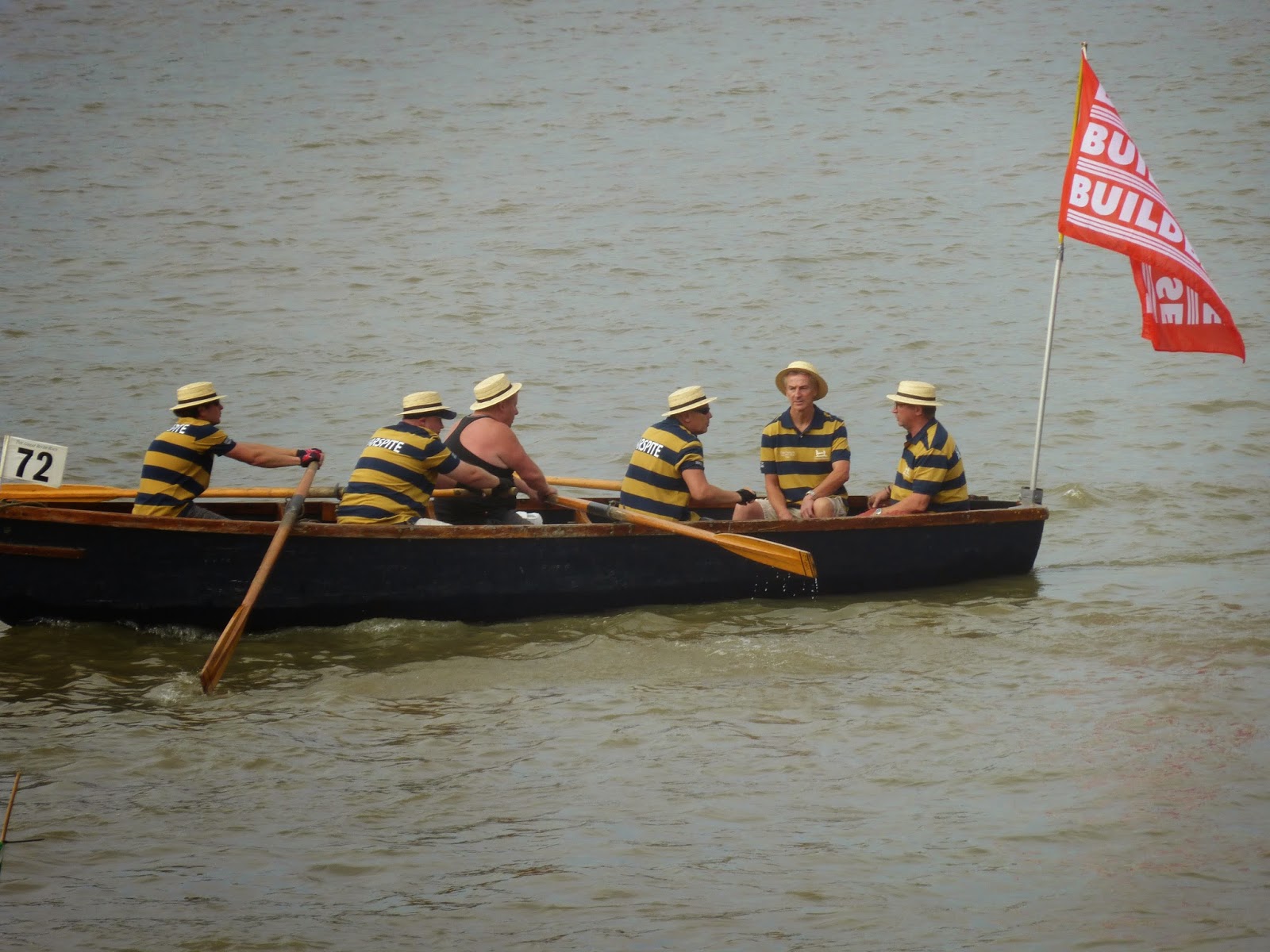 Not much co-ordination of the oars. 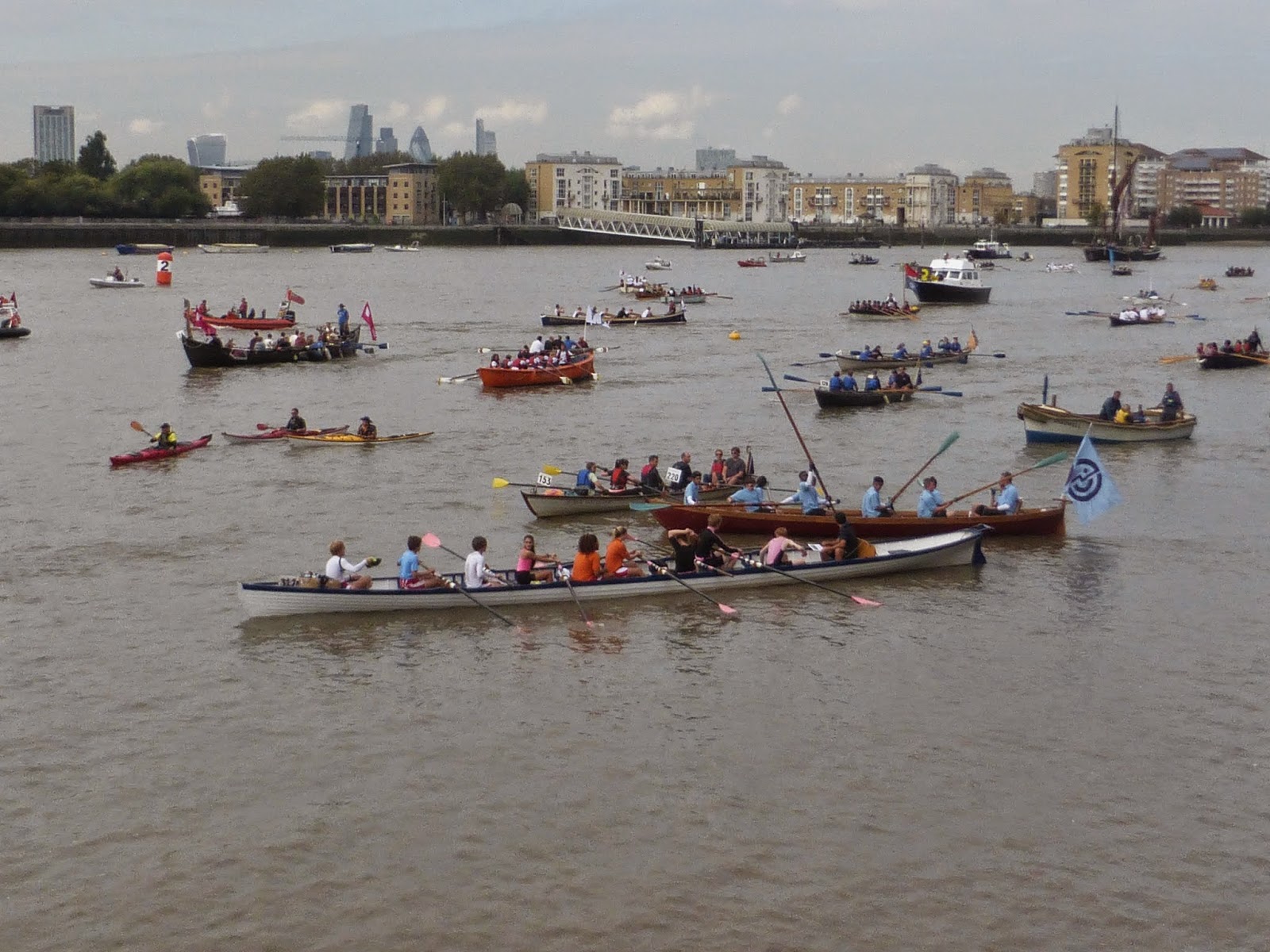 Whoops a bit of a crash. 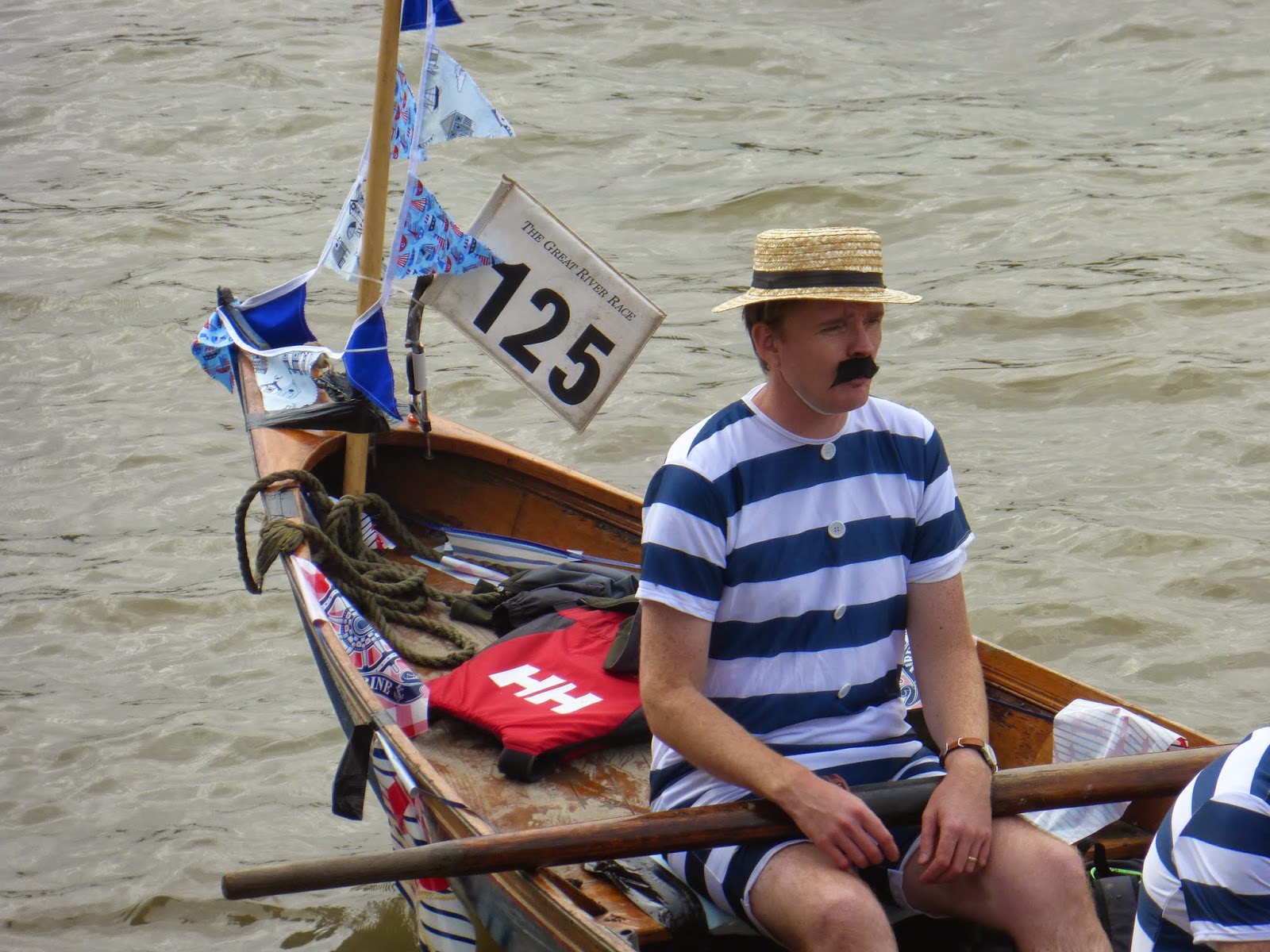 He definitely looks the part. 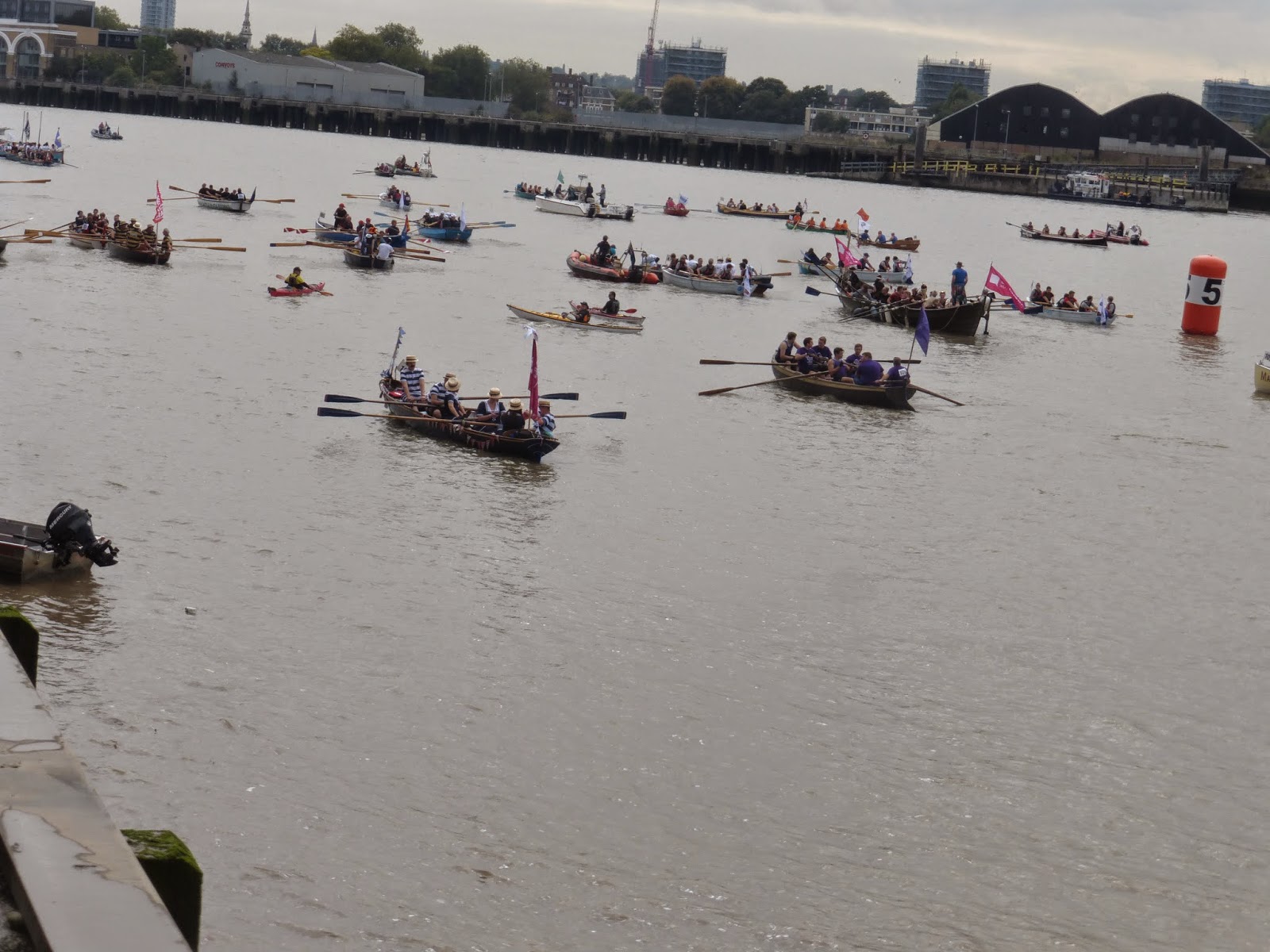 Finally seem to have sorted themselves out and are on their way to the start. 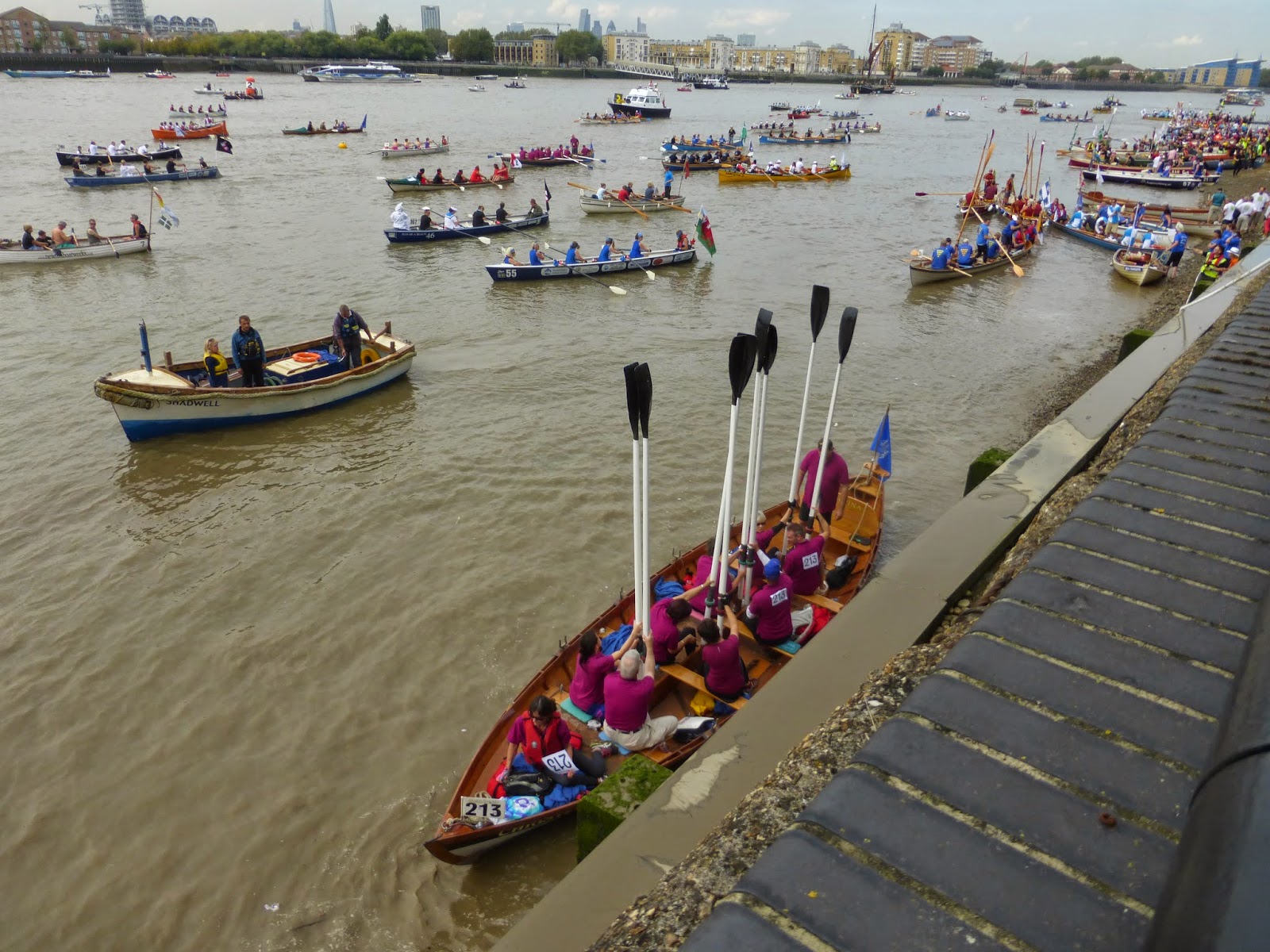 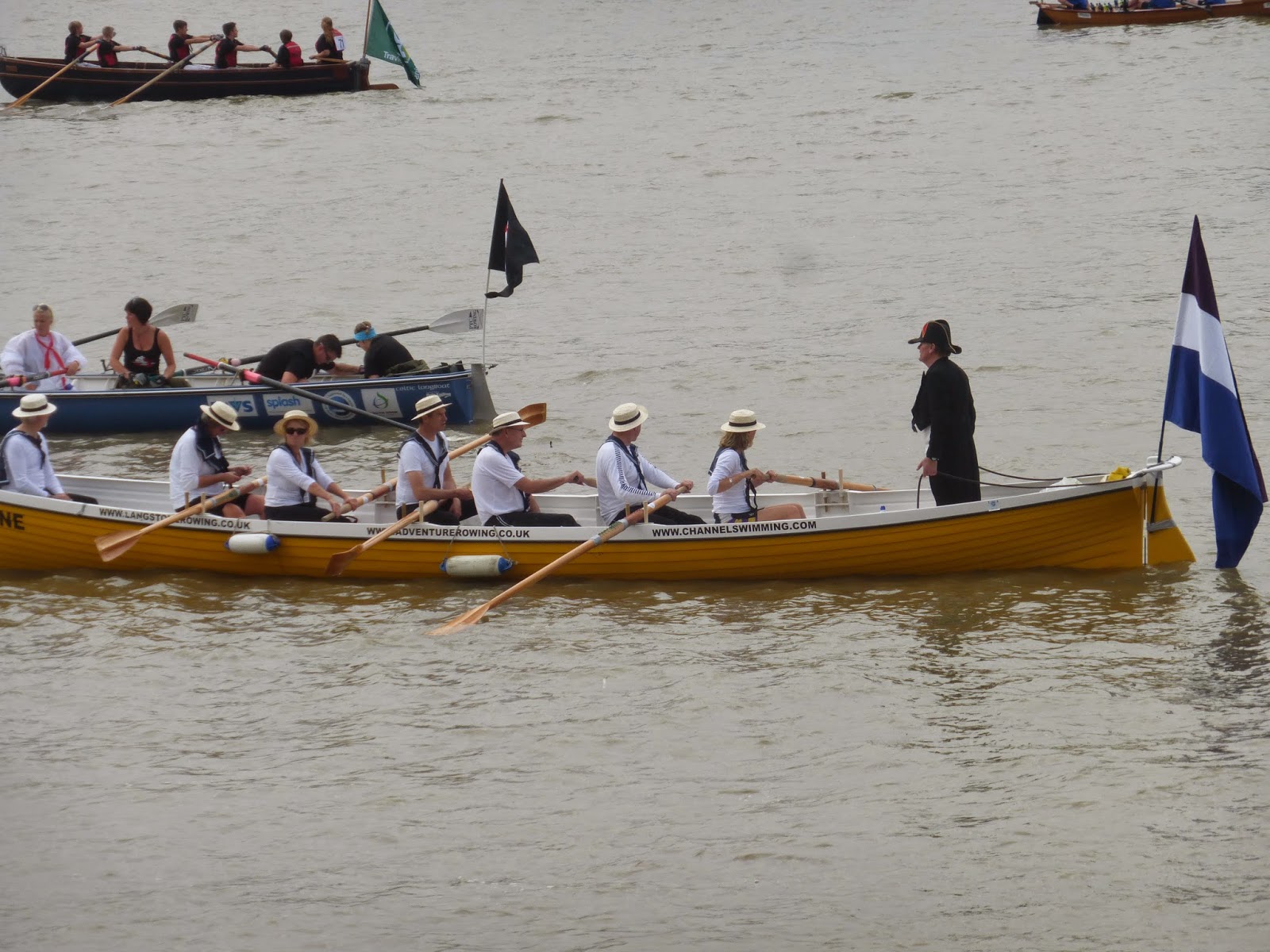 The admiral giving his orders. 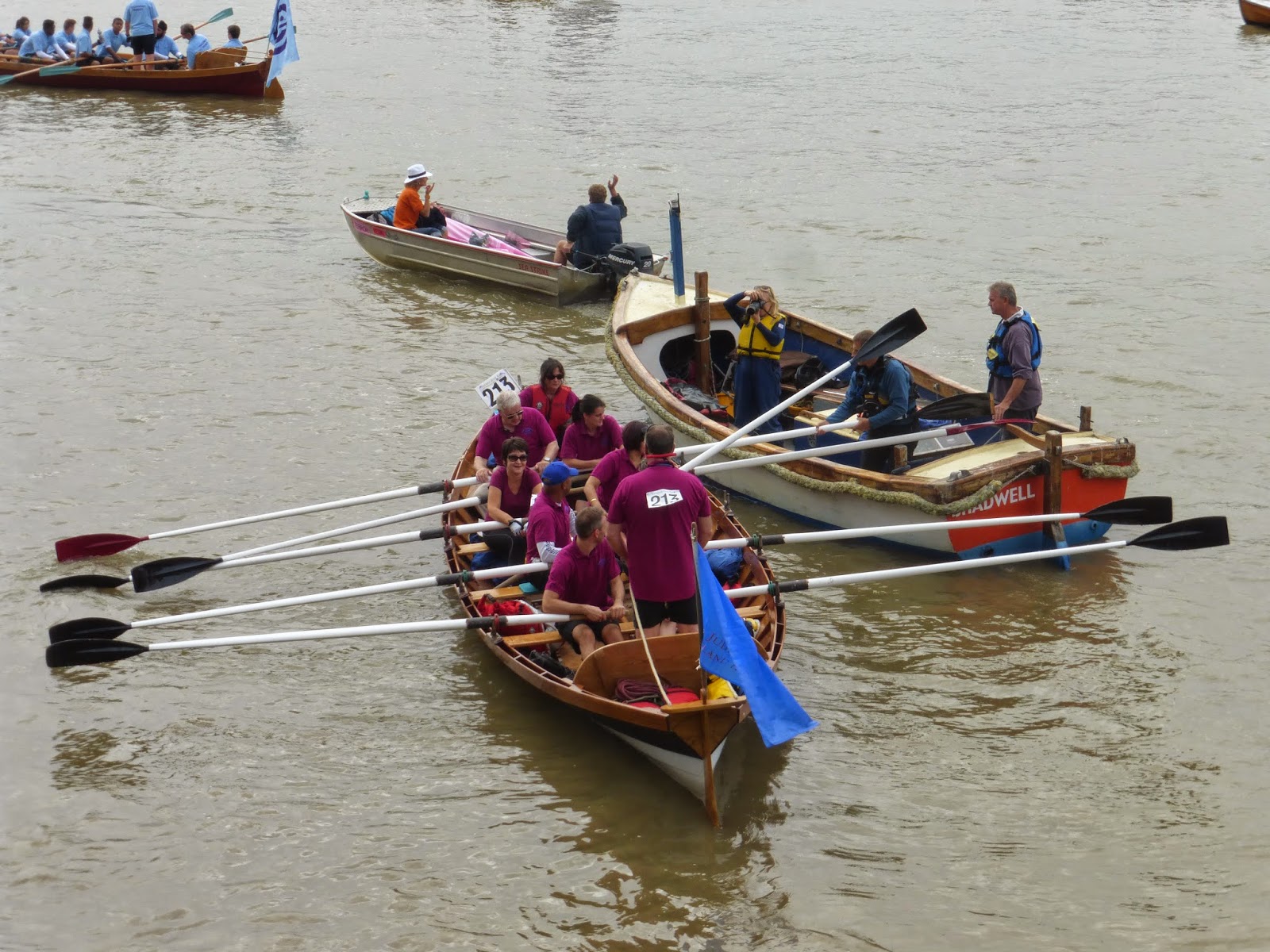 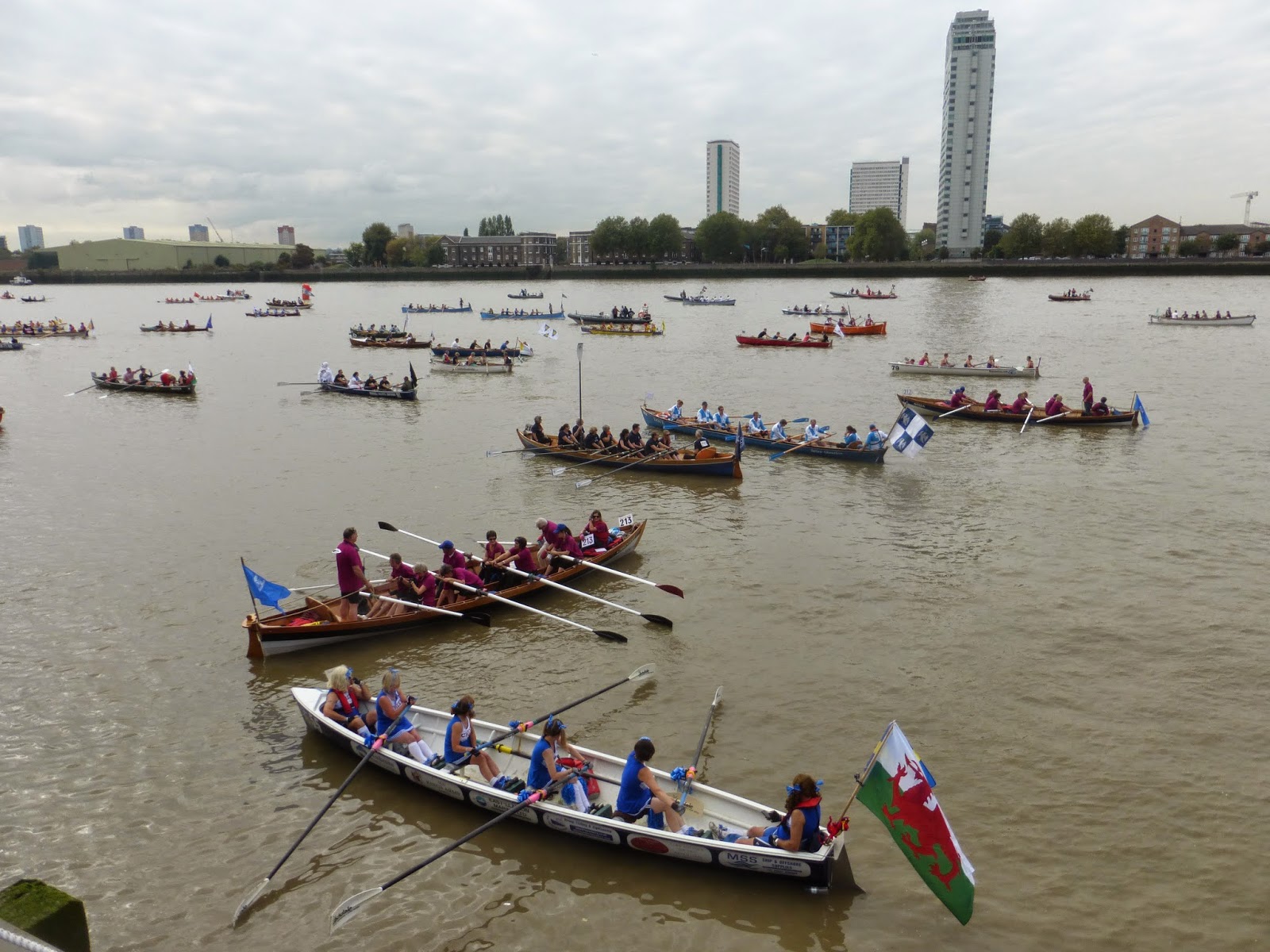 Not quite the right direction 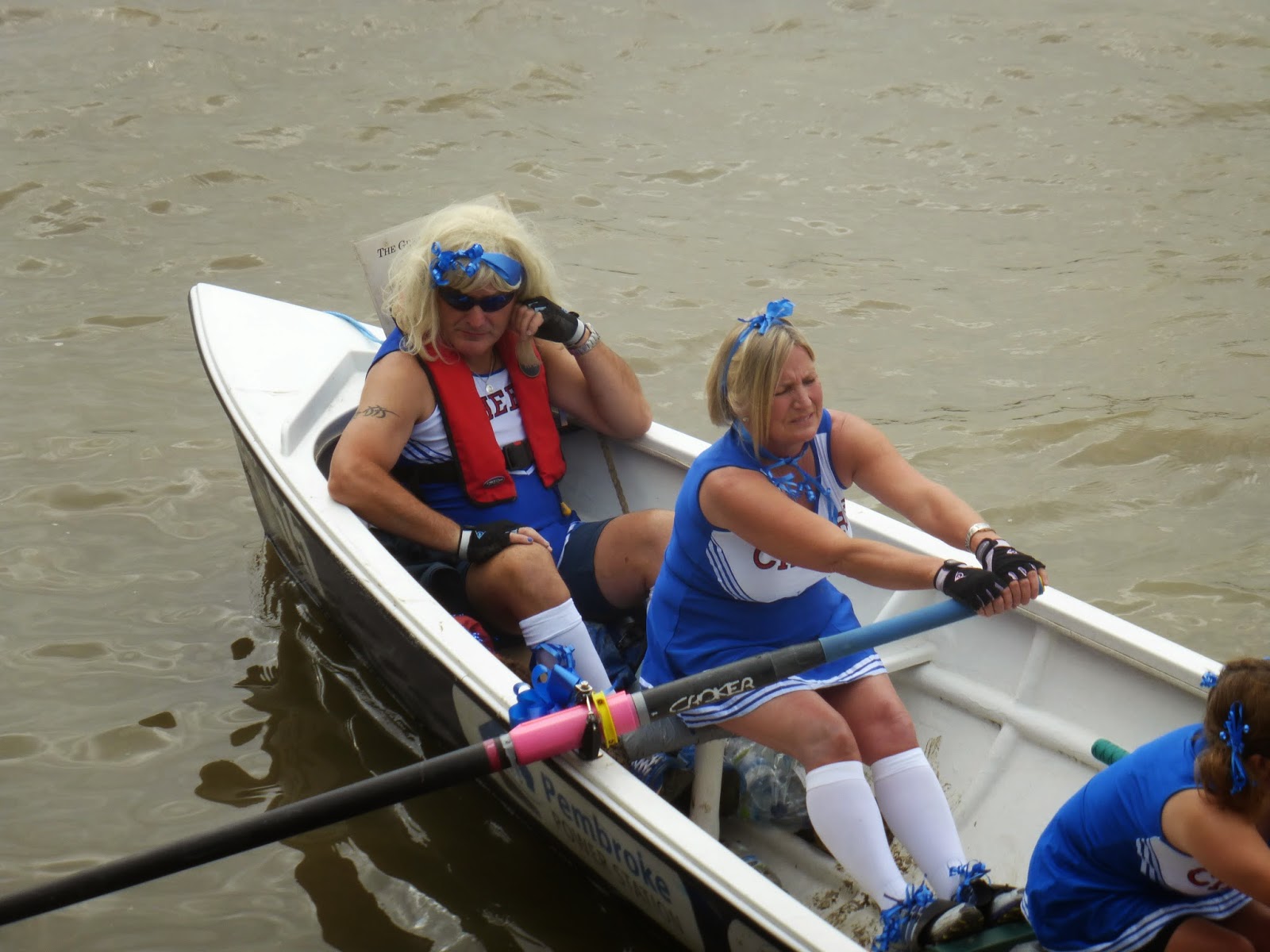 The passenger or the cox? 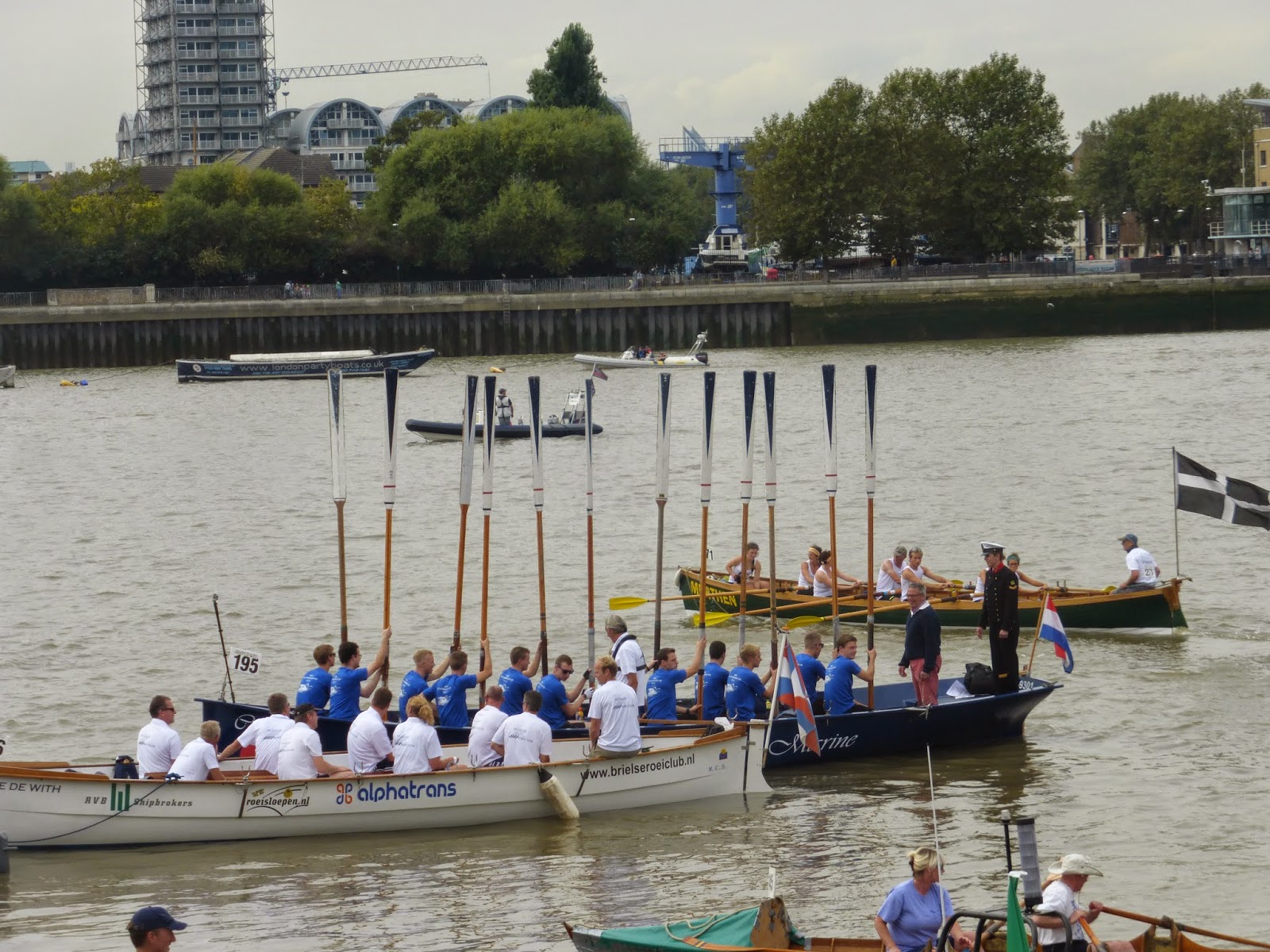 Some of the crews looked very professsional 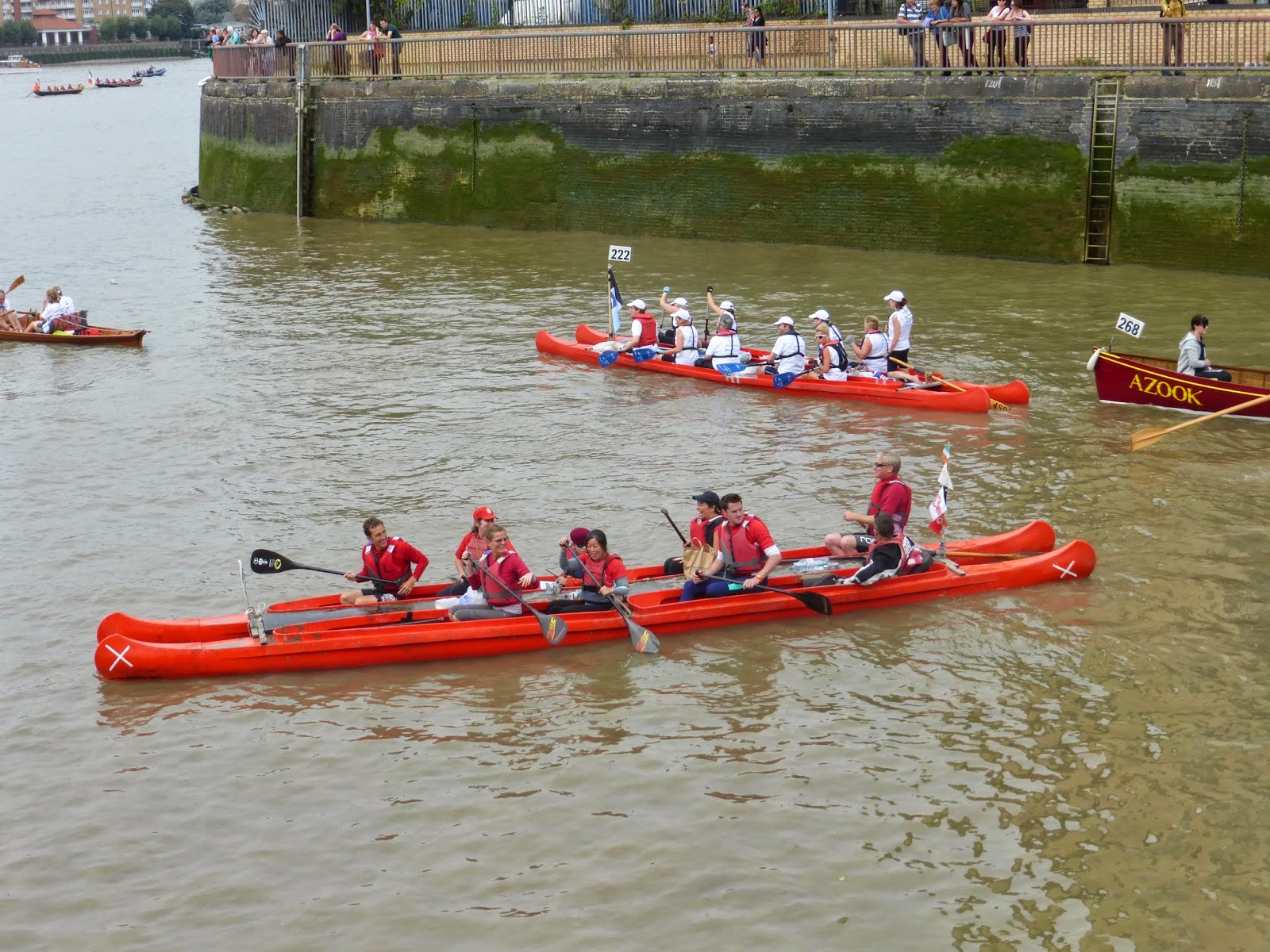 Sharing with Our World Tuesday
Posted by Fun60 at 22:33