The plan was to spend five days here on the small island of Menorca, off the coast of Spain, with my daughter whilst her two children were away camping with their Dad. With all the problems with flying at the moment creating numerous cancellations and delays we were delighted that our early morning flight from Gatwick took off on time. 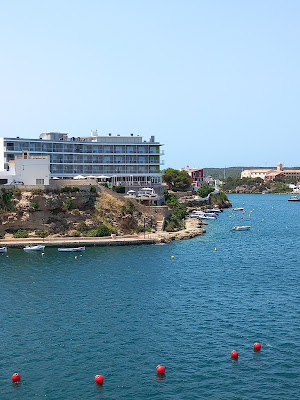 We spent a number of family holidays in the north west of the island when the children were young teenagers and always enjoyed our time here. This time we stayed on the other side of the island in a beautiful hotel, the Artiem Carlos. an adult only spa hotel. 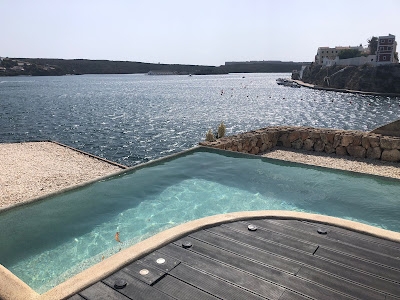 This is the jacuzzi with its view out to sea. 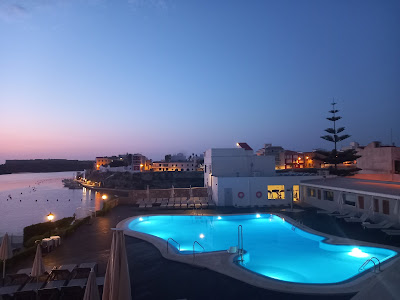 The view from our balcony. 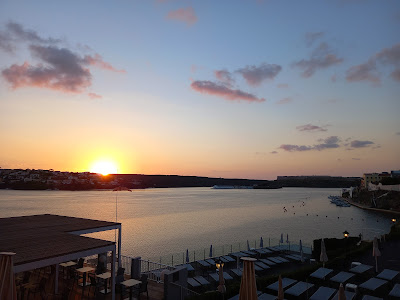 It was the perfect place to recharge the batteries after the last two very difficult years. 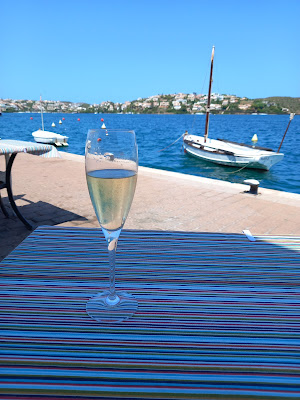 But nothing ever quite works out as planned. On our second day there my daughter received a phone call to say that her 4 yr old son had broken his leg whilst playing football! 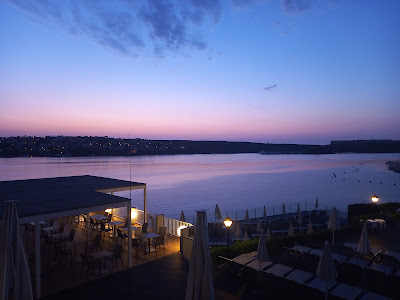 A quick change of plans and an early flight home and our beautiful holiday came to an abrupt end. 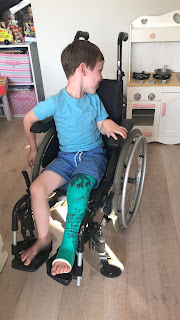 My grandson is fine but will be in a plaster cast for about 6 weeks. Next weekend  I have arranged to take my daughter and the two grandchildren to spend a week on a farm. That should prove challenging!