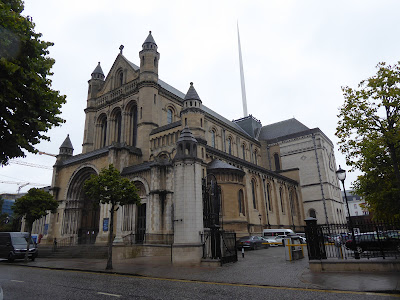 This is St Anne's Cathedral Belfast.  The day I visited it was free to enter as they were setting up for an awards ceremony that evening. 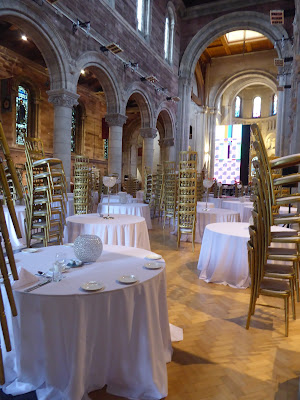 I'm not sure I would like to have a sit down meal in a cathedral. 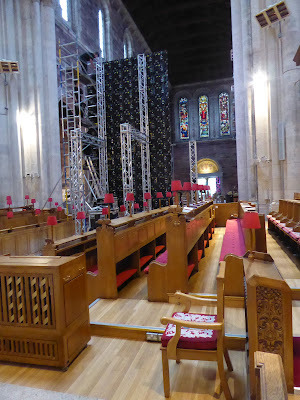 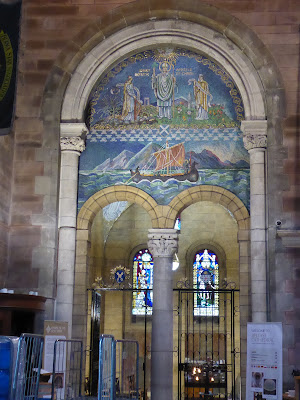 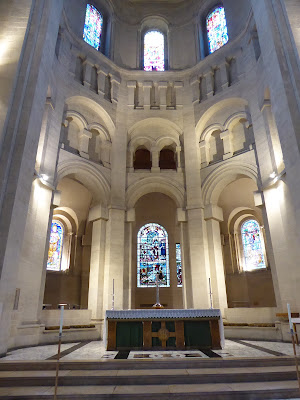 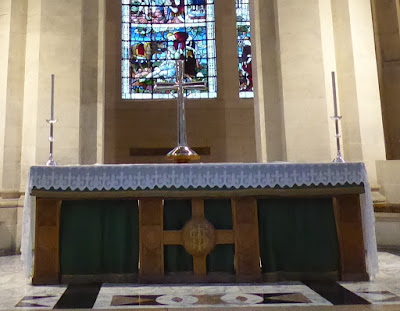 The Cathedral narrowly avoided damage during the Blitz of 1941. Other cathedrals were not so lucky and in the previous year the 600 yr old Coventry Cathedral was reduced to ruins. The morning after the bombing, a priest walking through the ruins of Coventry Cathedral,came across several large, medieval nails which had come from the beams in the roof. He picked up three and using some wire bound them together to form a cross. This was the first Cross of Nails. Later he had the nails welded and plated. Over a hundred more crosses were made during the following years all with nails salvaged from the rubble. They were given as symbols of peace and reconciliation to other cathedrals and churches. Some of the very first were given to Cathedrals in Dresden, Berlin and Kiel, German cities damaged by Allied bombing. In 1958 one was given to St Anne's Cathedral. As the nails are 600 years old this is the oldest object in the Cathedral. 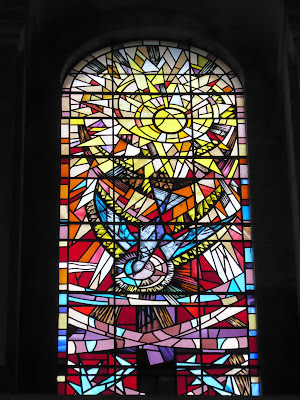 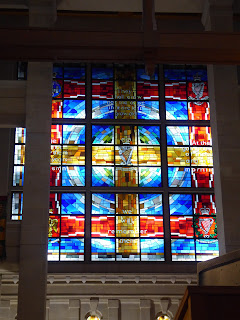 The window of remembrance. 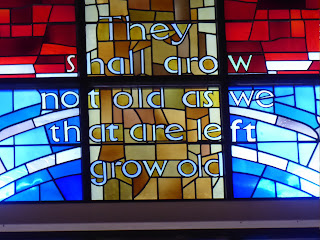 To mark the centenary of the sinking of the Titanic this pall was commissioned by the friends of St Anne's as a memorial to those who died. A  'pall' is a cloth which is placed over a casket or coffin at a funeral. 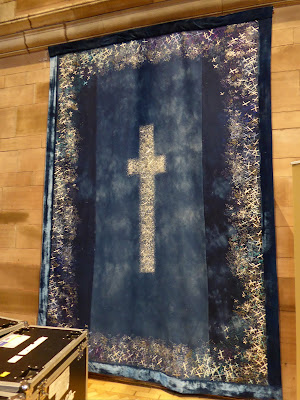 The Titanic Pall picks up themes from that voyage namely the midnight sea. A large central cross is fashioned from many tiny crosses with hundreds more of these crosses, stars of David and crescents falling away towards the edges of the Pall symbolising the 1517 lives lost in the dark ocean. The silver and white represent the iceberg. 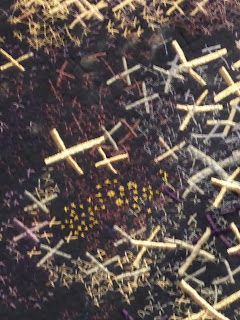 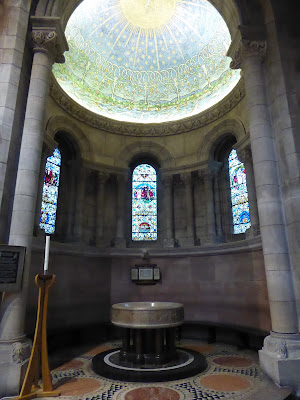 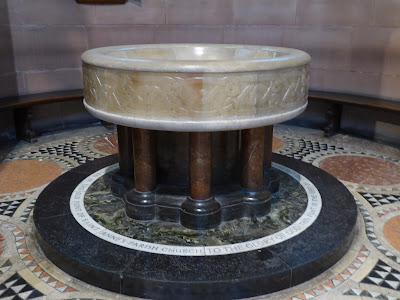 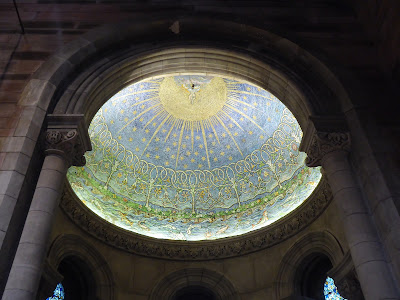 There are a number of mosaics telling the story of the creation. 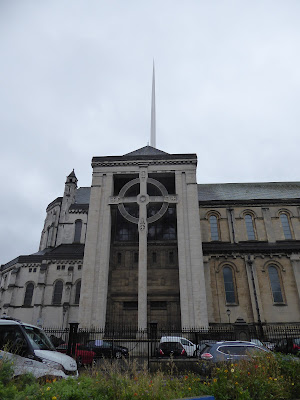 The church has the tallest Celtic Cross in Ireland.  It also has a lightweight spire equal in height to the cross which is known as the Spire of Hope.
The Cathedral is sinking into the soft grey mud, silt and sand known as Belfast 'sleech' on which St Anne's is built. The soft foundations of the Cathedral meant that the building could not have any type of spire or tower. A competition was held in 2004 for a design of a lightweight spire. The winning design was finally in place in 2007. The spire is about 40m above the roof with 14m descending into the church. At night it is illuminated at night.