My trip to Northern Ireland was well overdue. I have been to the Republic of Ireland a few times but only once had I crossed the border into N.I and that was at the height of the troubles. In the early seventies, I travelled with my then boyfriend (who was from Londonderry) very briefly through N.Ireland. We had come over from England by ferry and embarked at Larne near Belfast. As my brother was in the armed forces this was not a safe place for me to be and we did not stop as we drove through the country and across the border on our way to Dublin in the Republic of Ireland. However, I was shocked to see the soldiers with blackened faces carrying guns. I had never seen armed police or soldiers before and it was unbelievable to think this was happening in the UK.  I think J wanted me to see what it was like living in N.I.

As a result of the Anglo-Irish War of 1919-21, six of the nine counties of the province of Ulster became known as Northern Ireland, remaining part of the United Kingdom, but with their own government. At the start of the civil rights movement in 1968, many catholics  could not vote in the local elections. Only those who paid rates could vote and as many catholics were unemployed they wanted some sort of equality and fairness when it came to employment and housing.  This demand for equality led to the existence of the IRA and Sinn Fein. So whereas the troubles began with a peaceful objective and protest it became a war zone between Catholics and Protestants; between Loyalists and Republicans. During the 30 years of the Troubles, over 3600 were killed with many more thousands injured.  300,000 British soldiers served there with more than 500 killed. It is twenty years since the Peace process resulted in the Good Friday Agreement  in 1998. By and large there is peace in N.I. now but there are still isolated incidents of violence with some people not willing to move forward and embrace peace. 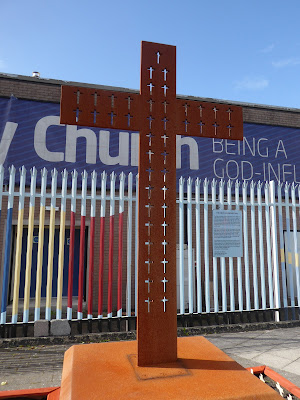 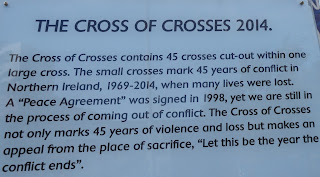 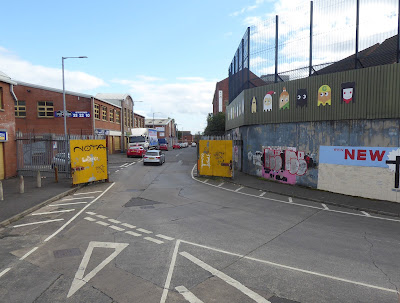 The gates between adjoining Loyalist and Republican areas are closed from 6.30 pm and not opened until 6.30 am. You have to go a long way round to enter once these gates are locked. 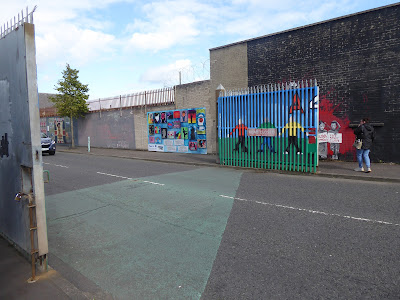 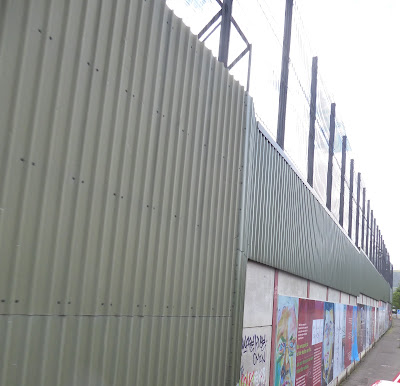 6 metre high peace walls are still there as neither side wants them removed. The walls are so high so that missiles can't be thrown over them. 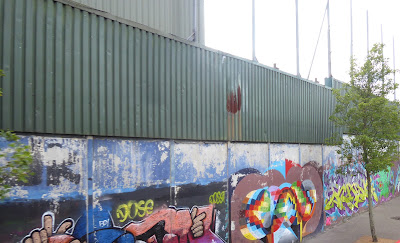 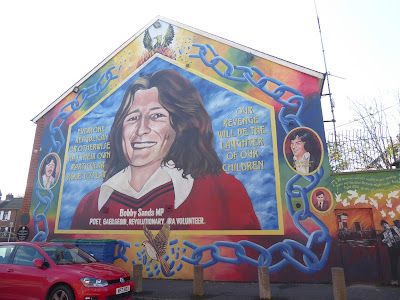 Just off the Falls Road is one of the most photographed murals. It is a memorial to Bobby Sands, elected as an M.P. as he was dying. He was the first of 10 republican hunger strikers to die, aged 27 in 1981. 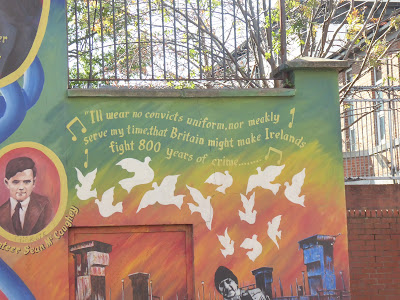 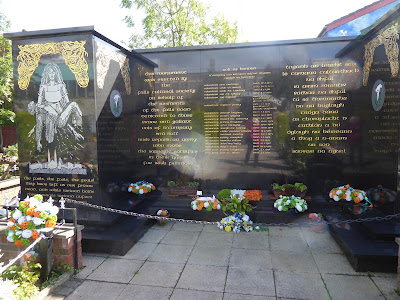 A memorial to those on the Republican side who lost their lives during The Troubles. 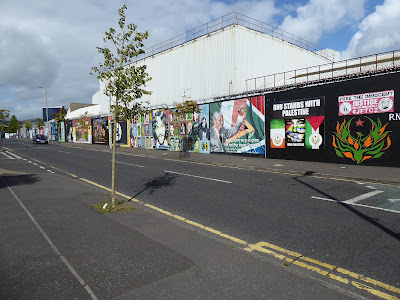 The International wall of murals. 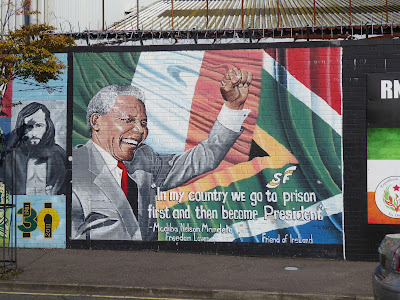 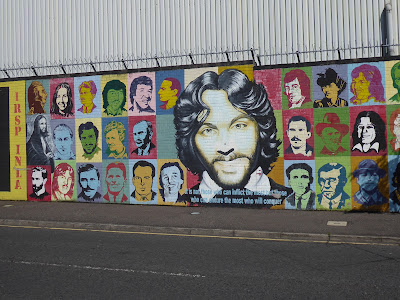 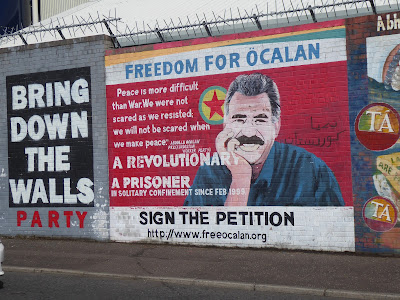 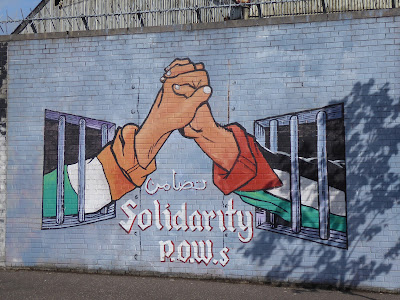 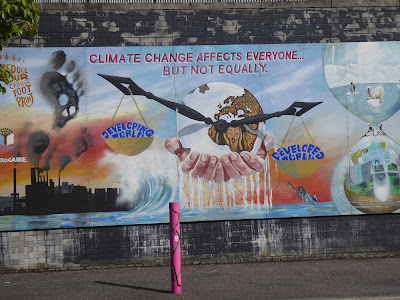 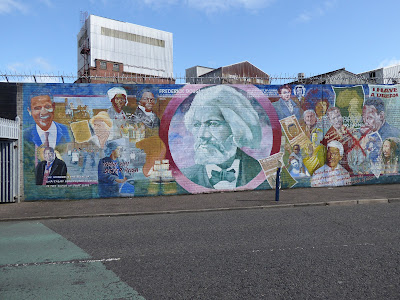 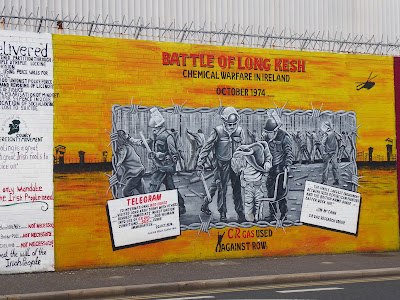 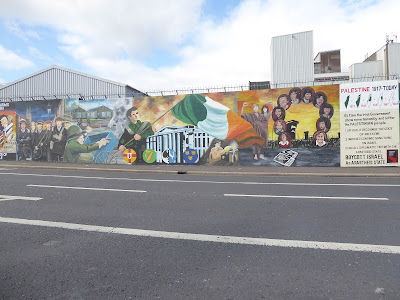 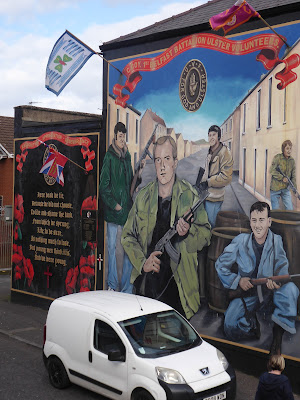 Some Loyalist murals.  If you can see their faces they are no longer alive. 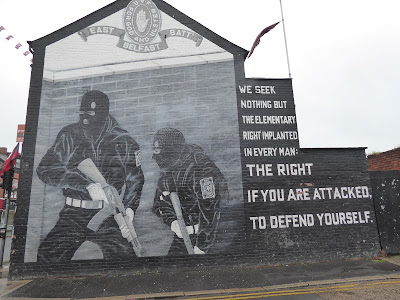 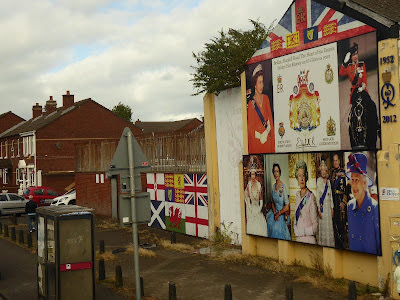 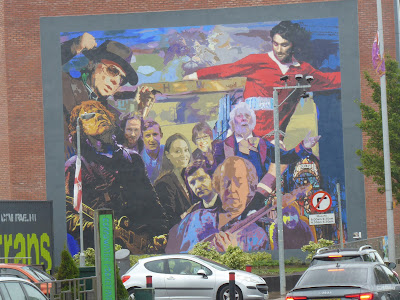 More recent murals now focus on other events. George Best, the footballer, for instance and the Titanic. 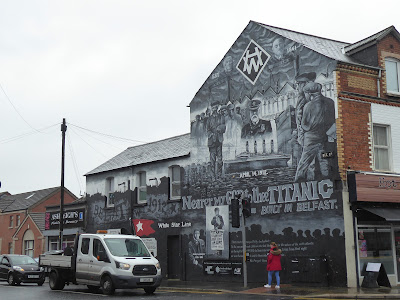 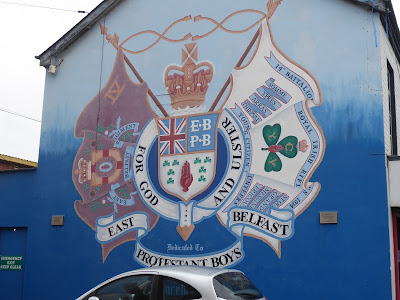 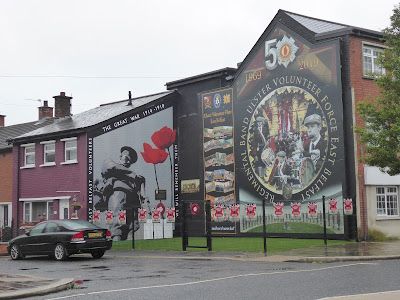 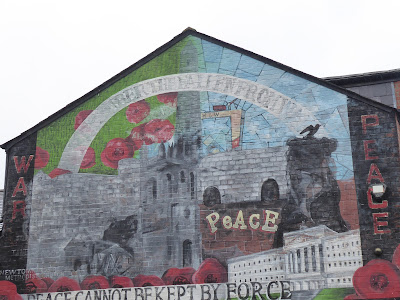 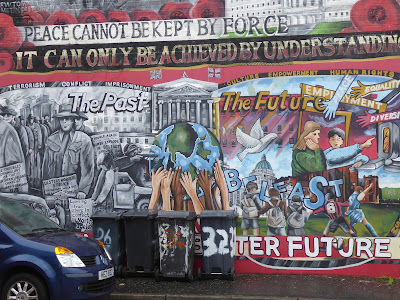