On our way home from the spa we stopped in the small town of Haslemere in Surrey. 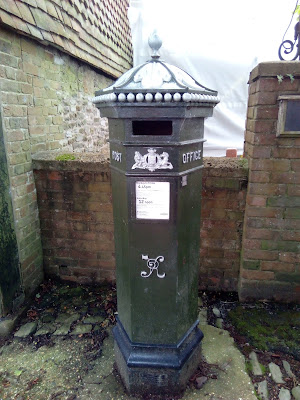 The first thing I noticed was this Penfold Postbox which I thought was an original but I then discovered it was a replica. Penfolds are the only letter boxes which Royal Mail has produced replicas of in this way. This one was installed in 1990 outside Penfold's former home. Penfold was born in 1828 and studied architecture and surveying. The Post Office had been attempting to standardise letter boxes throughout the country for some time but had not managed to establish a national standard. I 1866 Penfold submitted his design which was hexagonal in shape and highly decorative which made it very expensive to produce. The design was modified and became a popular postbox with many of its features initiated with the Penfold boxes remain in use today. Postboxes were initially green but these were the first to be produced from 1874 in red. 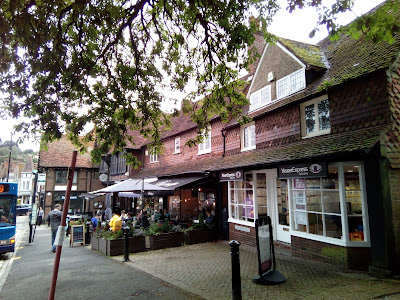 It was a very pleasant town with interesting  shops, cafes and houses. 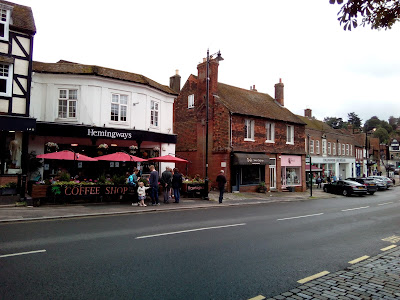 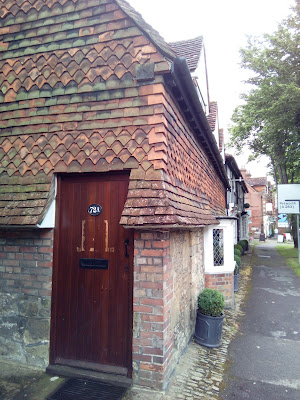 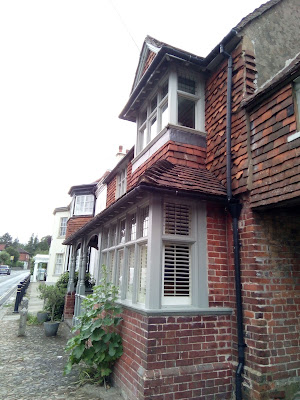 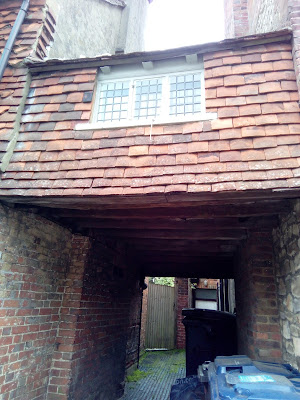 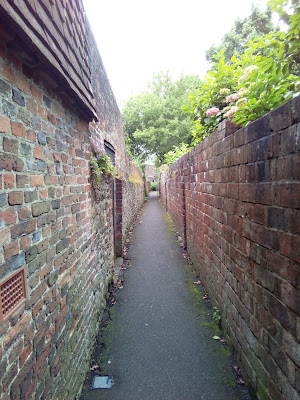 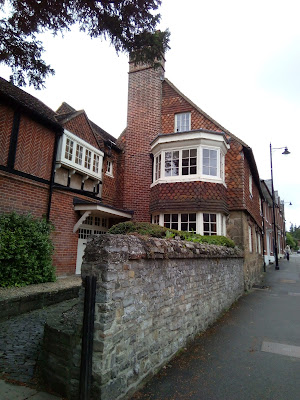 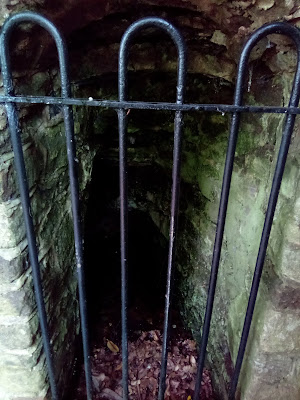 At the back of the town is the Town Well. It was used from medieval times until the late 19th century. this was one of two principal sources of water for the town. Haslemere's last public water carrier was Hannah Oakford who died in 1898. She charged a penny ha'penny per bucket to deliver water to houses in the town.
Posted by Fun60 at 12:41