Frank Pick (1878-1941) was the Managing Director of London Underground in the 1920s and the first Chief Executive of London Transport. He commissioned some of the most recognisable icons of London Underground's identity such as the red, blue and white tube roundel, the Johnson typeface and the art deco architecture of many underground stations designed by Charles Holden. 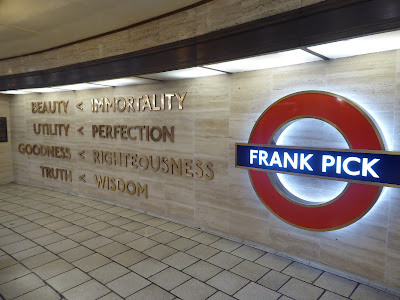 To celebrate his life and work there is a  large piece of artwork dedicated to his memory in the ticket hall of Piccadilly Circus underground station.
This is a permanent addition to the station's architecture incorporating the Johnson typeface and the roundel. The words used were taken from some of his lecture notes which are housed in the London Transport Museum archives. 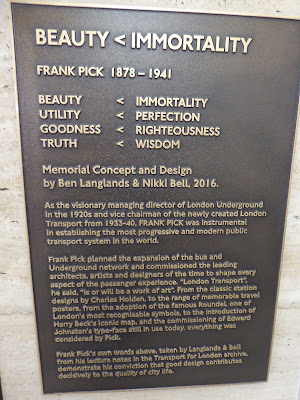 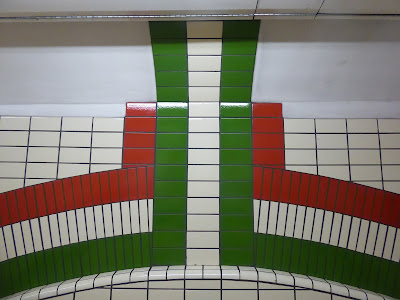 It is worth going to Piccadilly station to just admire the colourful tile designs. 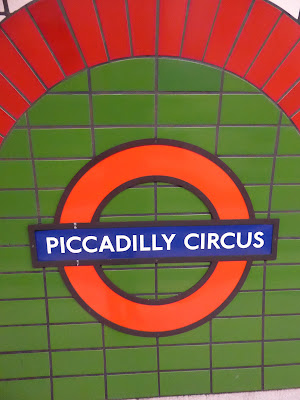 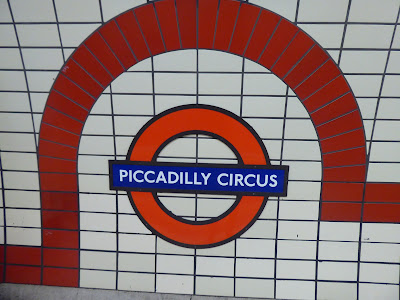 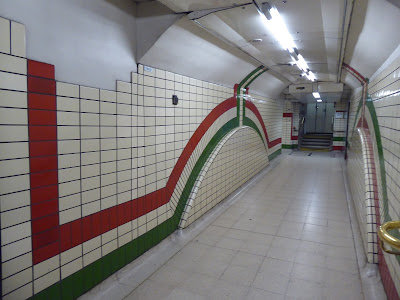 If you want to see more of Piccadilly check it out on my other blog here
Posted by Fun60 at 10:17