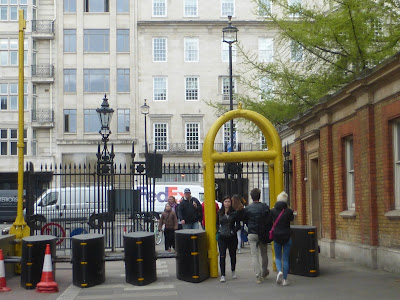 As you can imagine security is tighter than ever in London at the moment but it doesn't stop ceremonial life of the city. 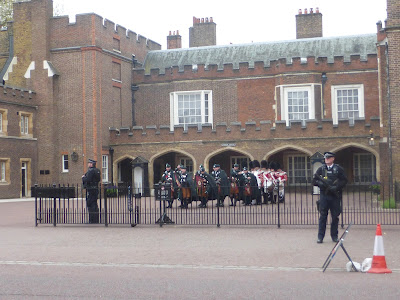 This is outside St James's Palace, the London residence of the Prince of Wales as well  as some other members of the Royal family.I just happened to be passing as the Changing of the Guard was taking place. 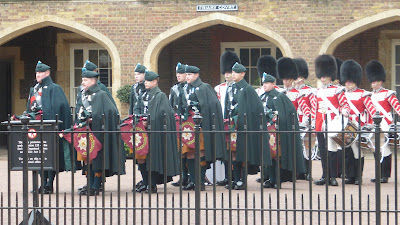 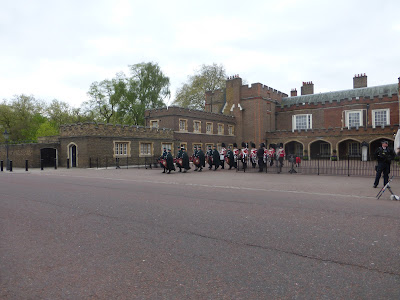 The Guard leaves the Palace on its way back to Wellington Barracks. 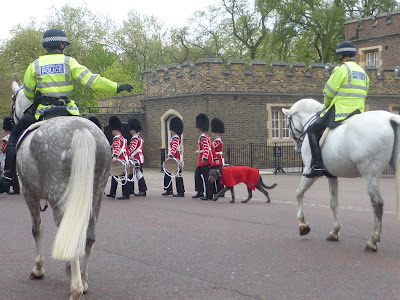 The regimental mascot accompanies the Guard. I think it's an Irish wolfhound but I'm not sure. 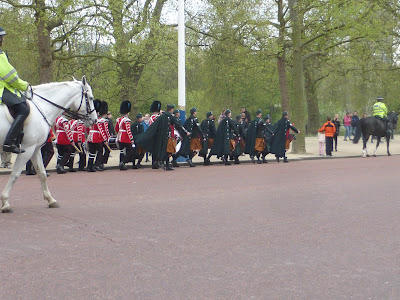 Marching down the Mall. 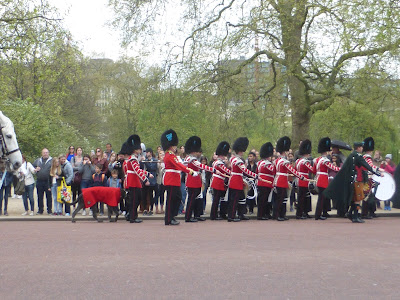 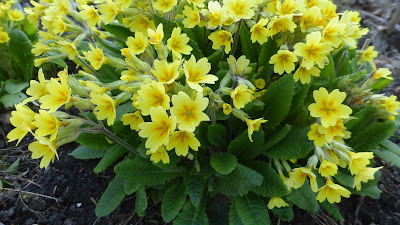 The parks are beautiful with signs of Spring everywhere. 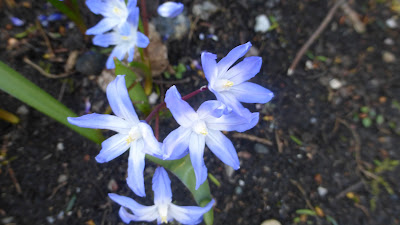 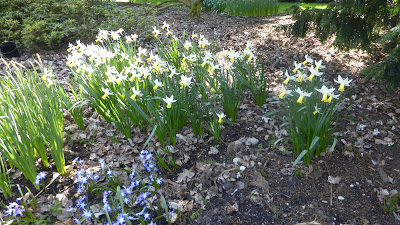 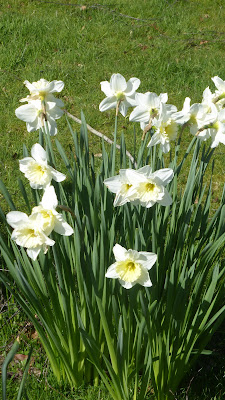 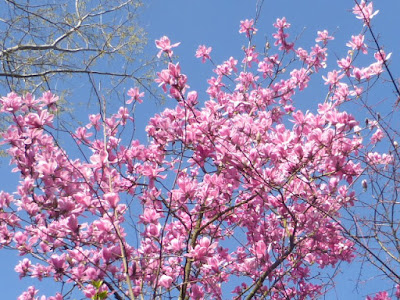