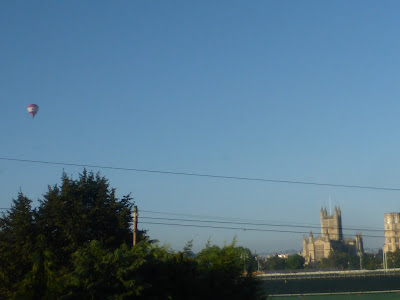 Another beautiful blue sky. From the hotel dining room window we could see hot air balloons floating over Bath Cathedral. 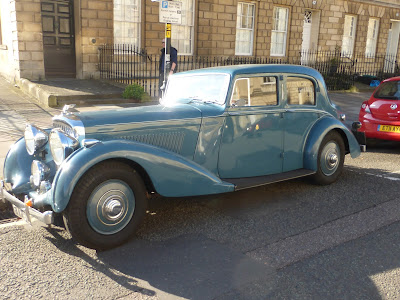 Walking from the hotel into the centre, we passed this very beautiful car 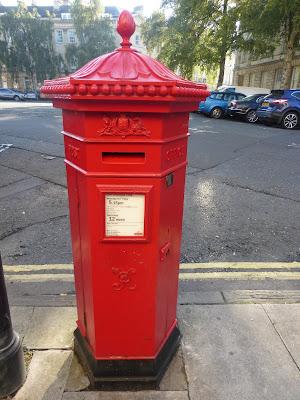 and then a Victorian pillar box, 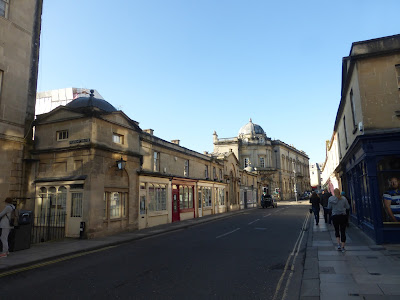 In my last post I showed you Pulteney Bridge which has the shops built into it so today we walked over that bridge to have a closer look at the shops. Too early on a Sunday morning for them to be open though. We did peer in through the windows and noticed how tiny they looked inside. 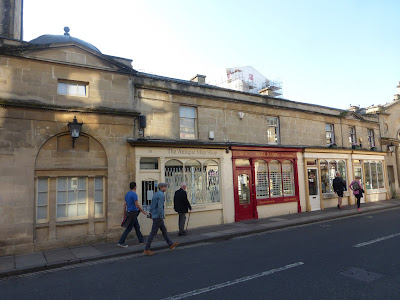 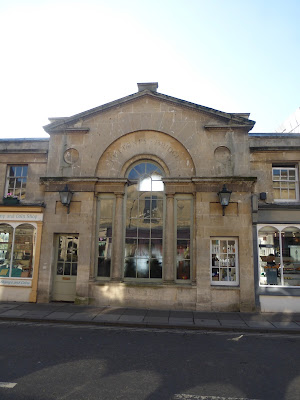 It was only a ten minute walk into the city and our first visit was to the Roman Baths. Bath was founded on natural hot springs, the only ones in the UK. Using these thermal waters,  the Romans constructed an extensive series of hot rooms, steam rooms and a couple of large bath creating a huge bathing and socialising complex. 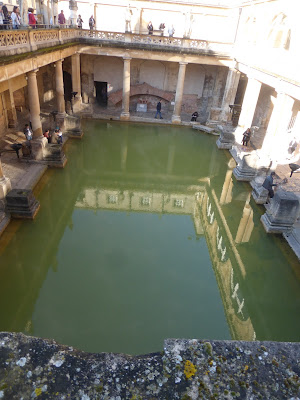 These photos are taken from a terrace completed in 1897 when the Roman Baths opened to the public. The bath was used regularly for bathing until 1939 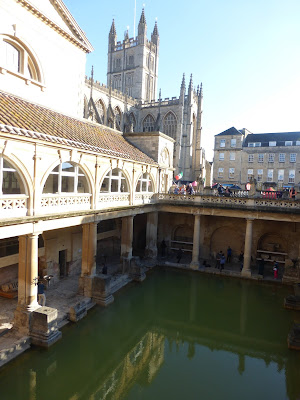 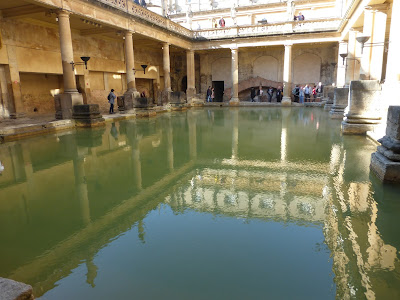 This is the view of the main pool from ground level. 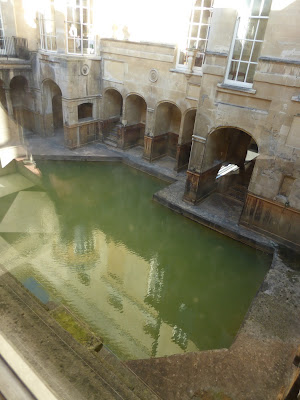 The hot water in the Spring rises at a rate of 1,170,000 litres each day at 46 C. It bubbles up into the King's Bath which was built in the 12th C and named after Henry I. Beneath the King's Bath is a reservoir built by Roman engineers who used the water to supply the baths. During the Roman period this was a sacred spring and was enclosed by a temple. 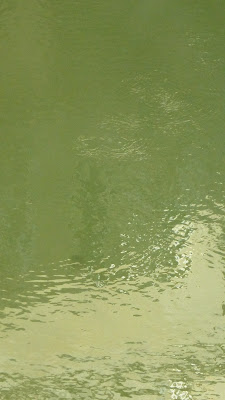 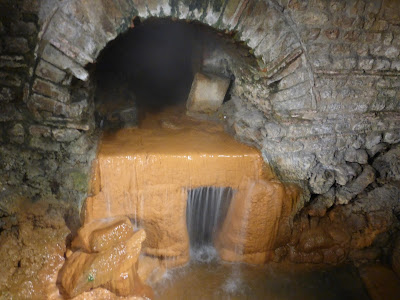 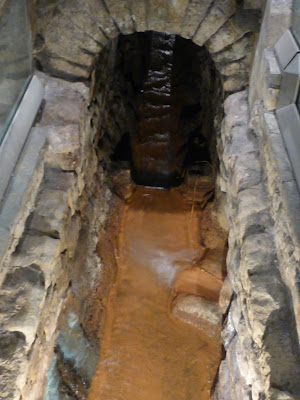 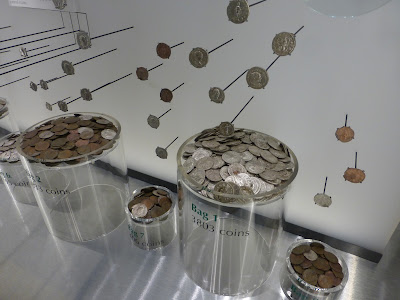 Archaeologists found this hoard of 17,577 Roman silver coins buried in a corner of a building close to the Baths. The coins were hidden in 8 leather bags and date from 32 BC to 275 AD. 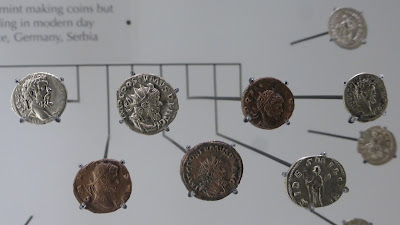 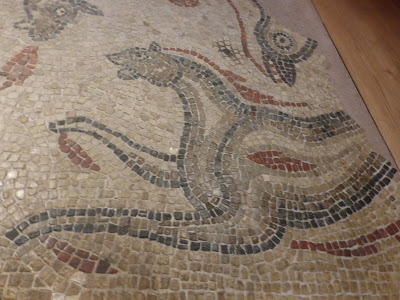 There are numerous other Roman artefacts to see as you go around the baths. 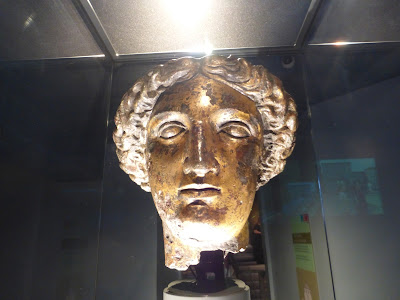 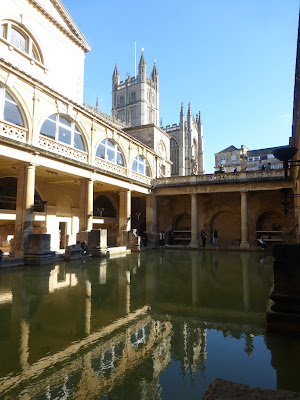 Throughout the 17th cent Bath became popular as a spa town and in 1714 the first pump room was built. Spa water for drinking was pumped up to it from the spring below. On leaving the baths we were able to taste the water which seemed a lot more palatable than the last time I visited. 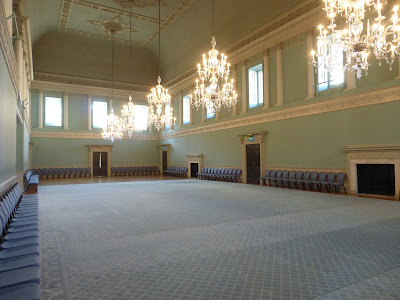 The rest of the afternoon was spent ambling through the streets, browsing in the numerous shops followed by a visit to the Assembly Rooms. The Ballroom, Octagon, Tea room and Card room were used in the 18th cent for dancing, music and card playing. Nowadays the Assembly Rooms are used for weddings and conferences. 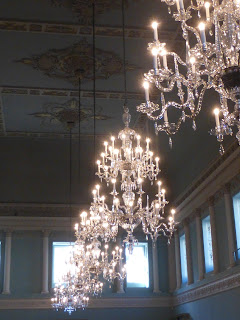 It was easy to imagine Jane Austen's novels coming to life here. 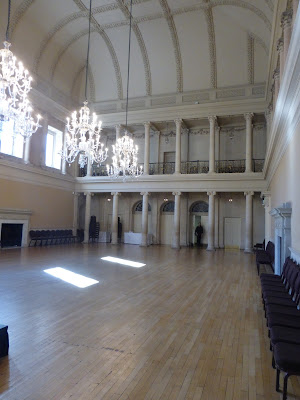 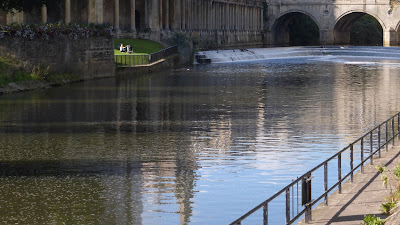 We walked back to the hotel on the banks of the River Avon. 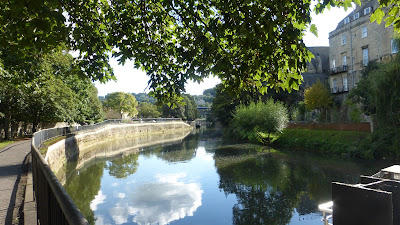 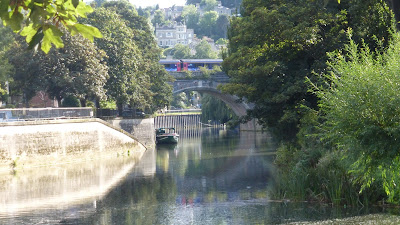 Back at the hotel we had a short rest before embarking on a visit to the Thermae Spa.This was the event I was most looking forward to and is # 8 on my 25 things to do on my Around the UK bucket list and I wasn't disappointed. The thermal waters in the Spa are from the same source as those used by the Romans.

There are five floors altogether with a rooftop pool, four large aromatherapy steam rooms, treatment rooms and a pool in the basement which has a 'lazy river' that gently moves you around the pool.

We had booked a session at sunset so we could see the sun going down over Bath from the rooftop pool. We spent two hours enjoying the glorious warm water and steam rooms before finishing off with a meal in the restaurant. Our session ended all too soon but I am sure I will return to Bath in the not so distant future to 'take the waters' once again.
No cameras are allowed so these photos are from the website of Thermae Bath Spa