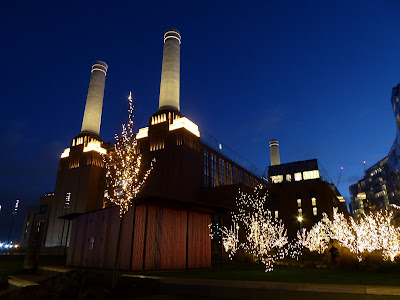 Battersea Power station is one of those buildings that has always stood out on the skyline and became a London icon. It was built in 1929 and supplied one fifth of London's electricity. The Power Station was decommissioned in 1983 and sat derelict for years. Plans for different projects followed but for a number of reasons never materialised and in 1991 the building was added to the Heritage at Risk Register. It wasn't until 2012 that the building was bought by a property development and investment business from Malaysia. Overseen by Historic England, work began in 2014 to dismantle and carefully rebuild the chimneys to the precise specification of the originals. The programme used the original architects' plans to ensure the reconstructed chimneys were identical to their predecessors. One of the original methods used required over 25,000 wheelbarrows of concrete to be poured by hand into shuttered layers which were allowed to set one by one. When complete 25,000 people will live and work here creating one of London's largest office, retail and leisure developments. A new underground station opened here in September 2021 on an extension of the Northern Line making the area even more accessible.This week I went to have a look at a light festival taking place around the Power Station. 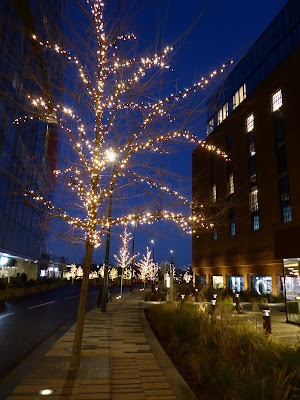 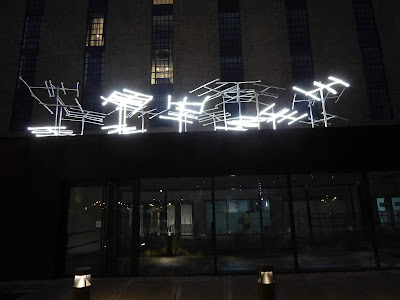 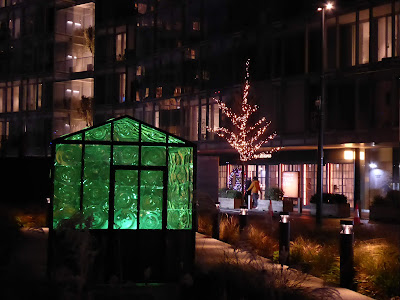 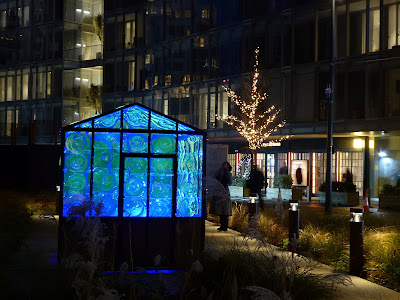 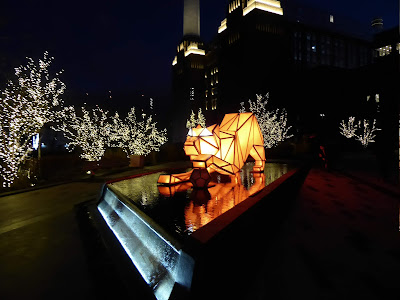 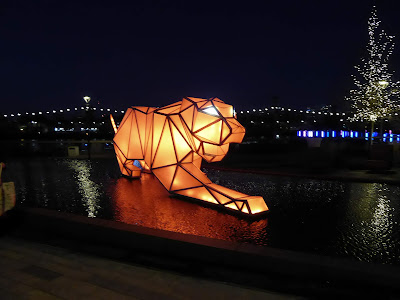 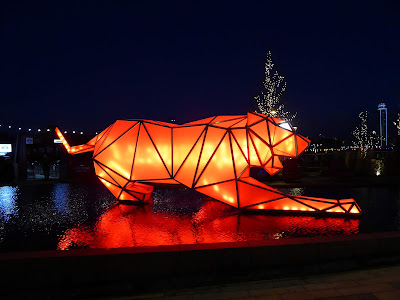 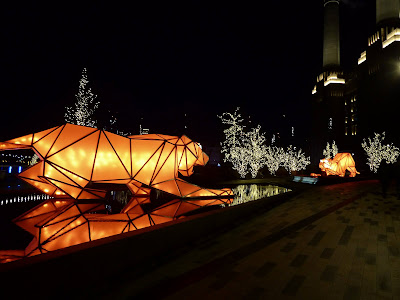 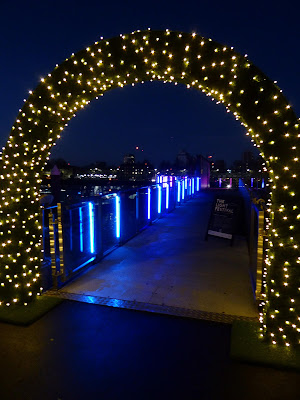 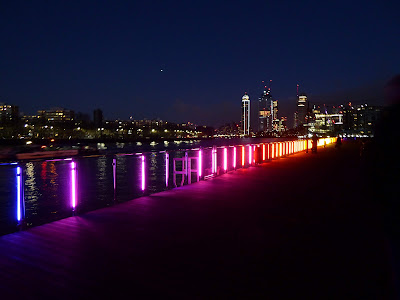 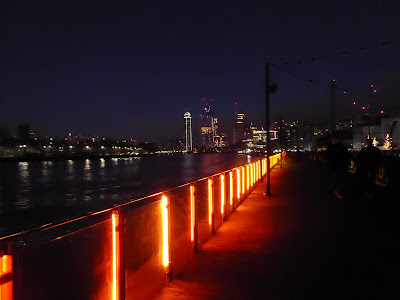 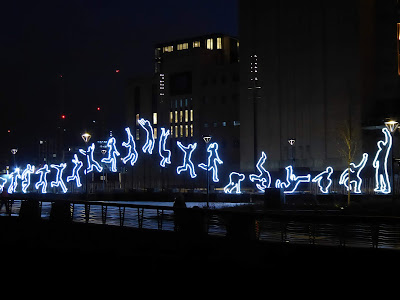 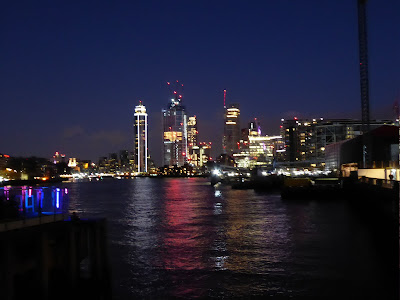 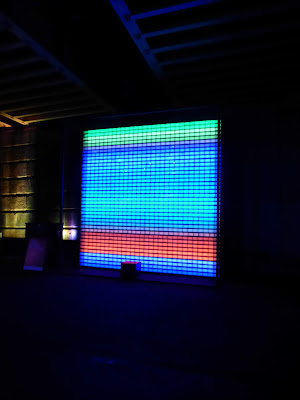 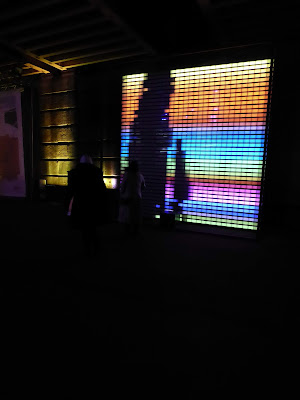 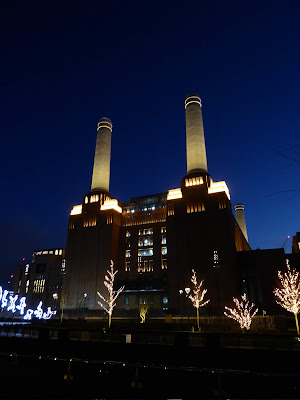 I will be back to have a look inside the Power Station when the next phase is opened which should be happening sometime this year.
Sharing with Our World Tuesday
Posted by Fun60 at 08:40