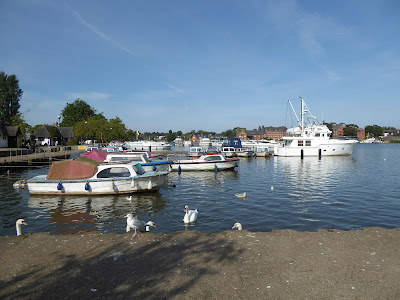 The Broads in East Anglia covers an area of 117sq mls (303 sq kms).  It is a network of navigable rivers and lakes in one of the flattest parts of the UK. The lakes, known as broads were formed by the flooding of peat workings. There are seven rivers and 63 broads that make up the Broads National park as it is referred to be the tourist board. It wasn't until the 1960s that research into the area discovered that the broads are not a natural feature but had been formed in the Middle Ages. Local monasteries had excavated peat to sell as fuel and when sea levels started to rise it flooded the area. Dykes and windpumps were constructed to control the flooding but they couldn't control the the rising waters. The reedbeds, grazing marshes and wet woodland are the result of all that peat excavation centuries ago. 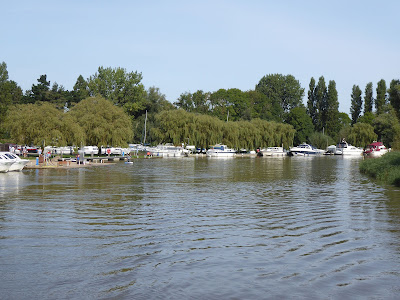 Nowadays the Broads are used mainly for leisure purposes and attract lots of birdwatchers, anglers and people wanting to enjoy a leisurely trip on the water. It is very easy to hire a boat or kayak to take yourself off to explore the waterways. 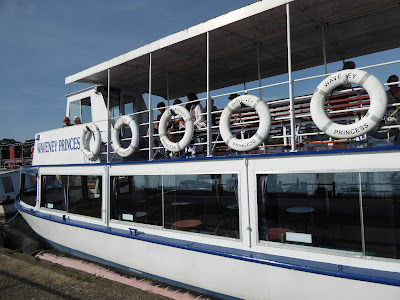 I decided to take a trip around Oulton Broad on this boat - The Waveney Princess. The Waveney is the name of the local river. 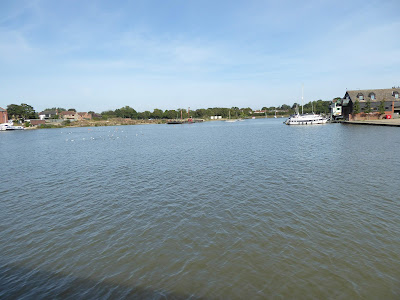 Out of the main holiday season the boat wasn't too busy and so I spent a few hours gazing out at the water and enjoying a very different kind of scenery. 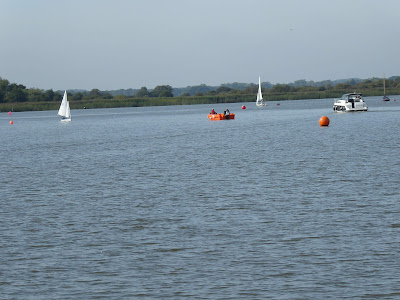 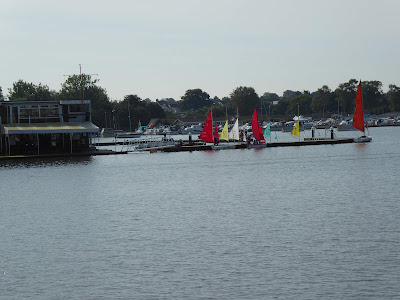 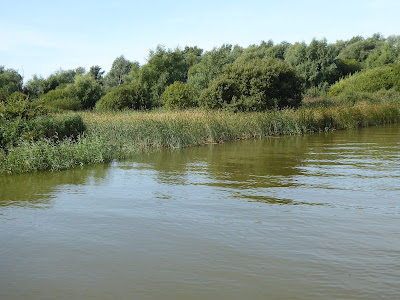 The previous day I had gone for a walk along the riverbank but could not see the river because of the height of the reedbeds. The reeds are well over eight feet in height and are very dense in most places so the walk was not a success. 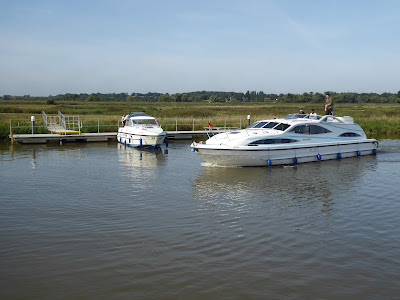 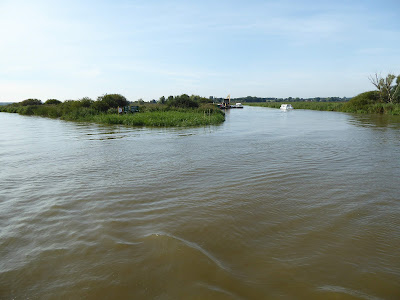 A sharp bend in the river. 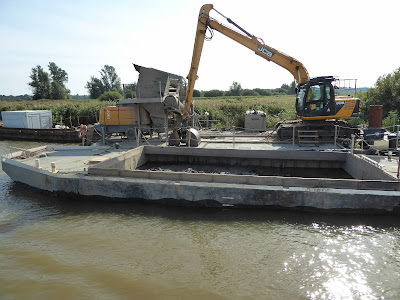 A dredger keeping the waterways clear and free from silting up. 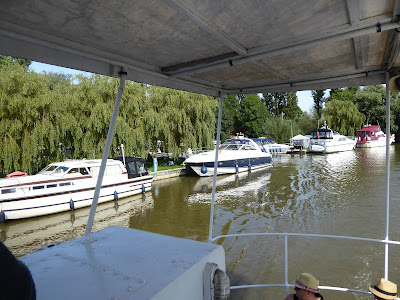 There were many places where moorings were allowed for all the leisure boats. 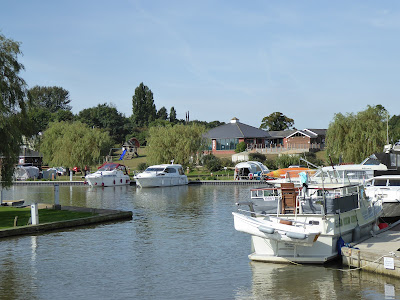 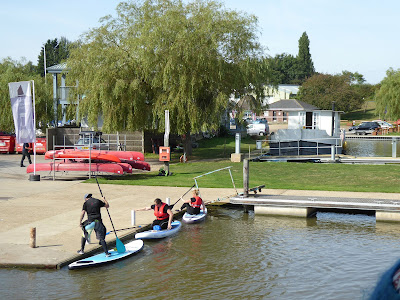 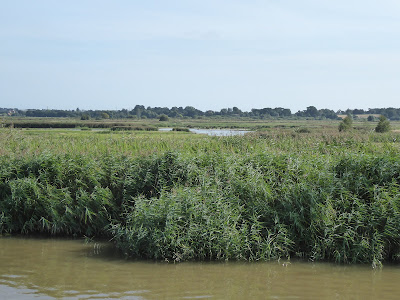 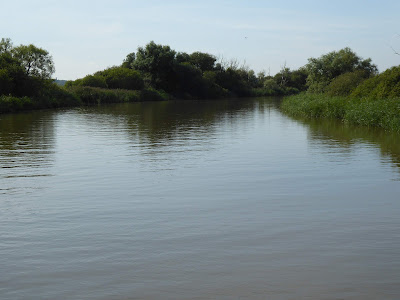 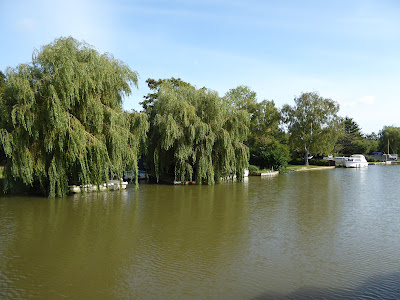 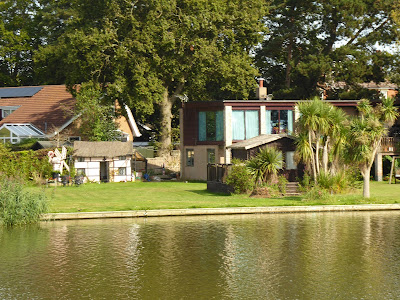 It was interesting to see the gardens of some large, expensive houses on the way. It all looks very beautiful but I think I would be very concerned about the frequency of flooding these days. 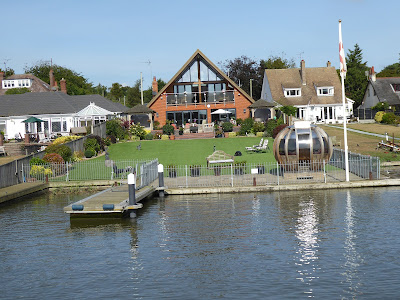 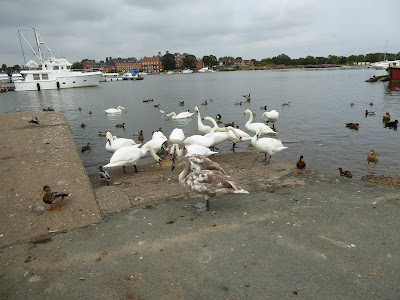 Once the boat landed and we disembarked it didn't take long for the local wildlife to gather round.
Posted by Fun60 at 09:53