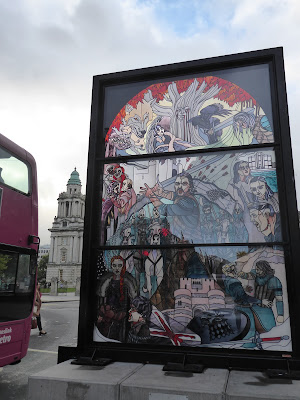 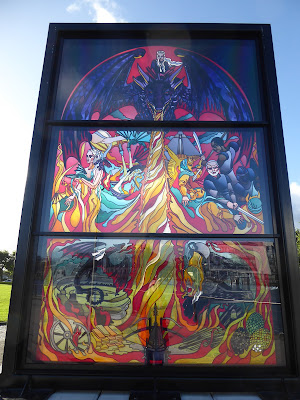 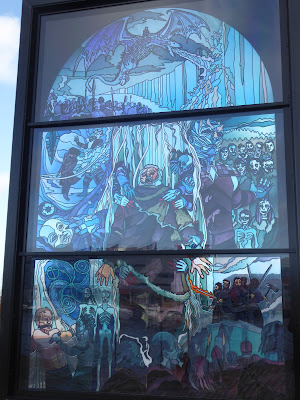 Walking around the city I came across four of them. 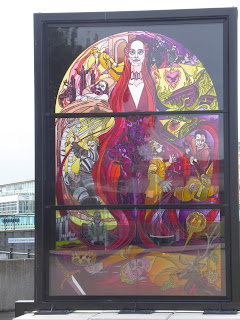 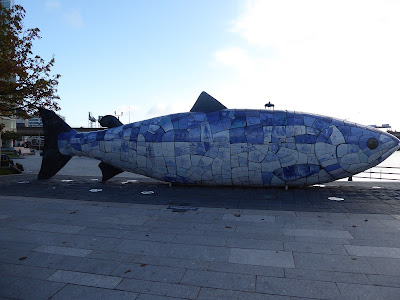 On the mouth of the River Lagan is Bigfish (John Kindness), a 10m salmon illustrated with texts and images of Belfast's history. 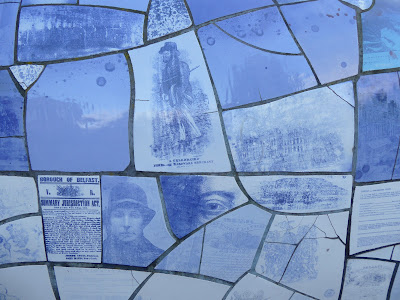 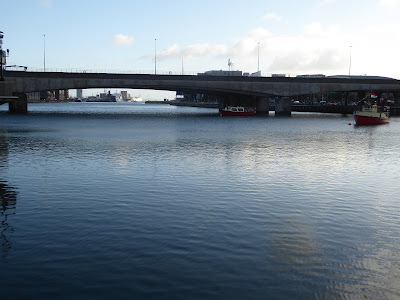 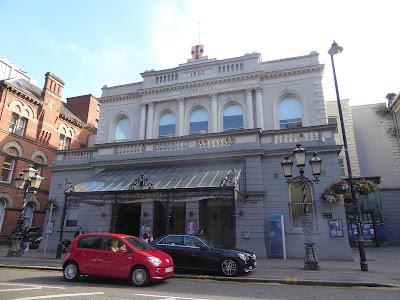 This is the Ulster Hall. It was opened in 1862 as a multi purpose venue. It is still used as a concert hall and can hold 1850 standing or 1000 seated. 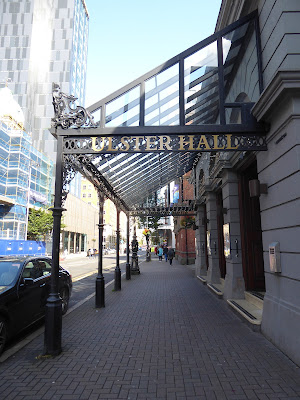 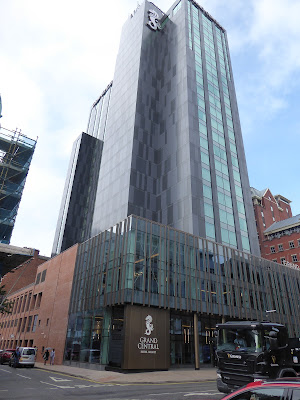 The Grand Central Hotel. This is the second hotel of that name in Belfast. The first one was opened in 1893 and had about 200 bedrooms. It was the place to stay, with the Beatles and Rolling Stones staying there in the 60s. The hotel was taken over by the British Army in 1972 for use as a military base. Anti rocket screens  protected the building from bombs, bricks and bottles. It was attacked 150 times by the Provisional IRA and other groups. It was no longer needed in the 1980s and was demolished to make way for a new shopping centre. The present Grand Central Hotel was constructed in 1974 but refurbished and extended in in 2016. It did not escape the troubles and was badly damaged by an IRA bomb in 1992. 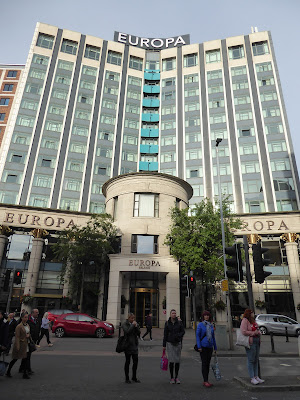 Not far away on Victoria Street is the Europa Hotel. It is amazing that this hotel is still standing as it was bombed 33 times between 1970 and 1994 and was known as 'the most bombed hotel in the world'. I was surprised to learn that it first opened its doors in the summer of 1971 when the violence was on the increase. The Europa was a target for the IRA because of its visibility as a landmark building and the fact that the world's press were based there, meant maximum publicity for any attack.

“The windows were blown out on a weekly basis,” remembers McAnerney. “Hardboard Hotel, that’s what they called it. There was a standing order with a warehouse that had every pane of glass duplicated or triplicated, so they could be immediately replaced. But then the windows got blown out that many times, the steel frames got warped, so they had to cover them up with hardboard instead. You got phone calls almost every day, telling you to search your area [for suspect devices], in my case the bar. You got used to it, unfortunately. Thank God nobody was seriously injured.”

The last two times the Europa was attacked were the most devastating. In December 1991, a 1,000lb bomb exploded in Glengall Street, beside the hotel, causing extensive damage, and a repair bill of around £3 million.
By this time, the hotel was in receivership. Eighteen months later, in May 1993, another bomb went off, blowing a vast hole in the left side of the building, and wrecking the Grand Opera House next door but still the Europa endured. Now in the hands of the Hastings Hotel Group, which bought the devastated building at a knock-down price, it closed for six months for complete refurbishment. Later, the Europa announced its support for the Good Friday Agreement by unfurling a vast banner from the top of the hotel. It said one word: YES
The Irish Time 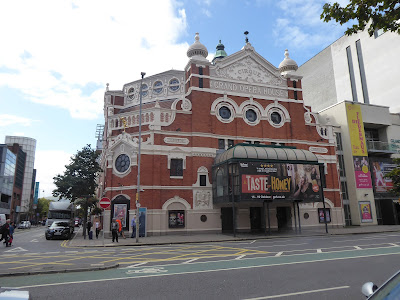 Next to the Europa is the Grand Opera House 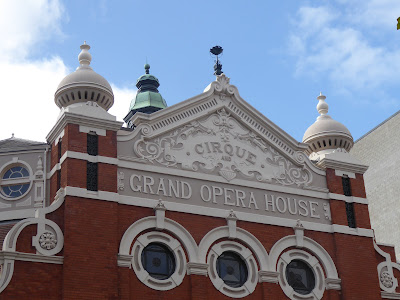 Being next to the Europa Hotel this theatre did not escape the Troubles and was badly damaged by bombs in 1991 and 1993. In 1995 the theatre was taken over by the Grand Opera Trust and an extensive renovation took place in 2006. 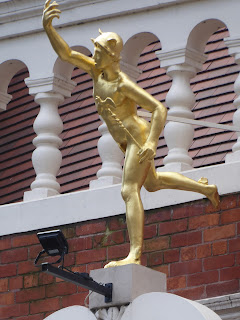 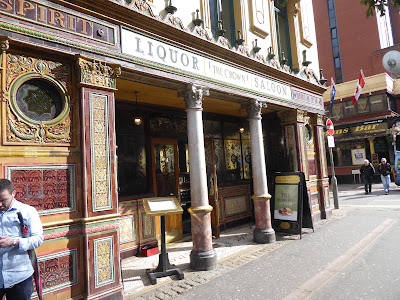 Across the road from Opera House is the Crown Liquor Saloon. It dates back to 1826 when it was one of the large Victorian gin palaces which flourished in the large industrial cities. It is now owned by the National Trust. 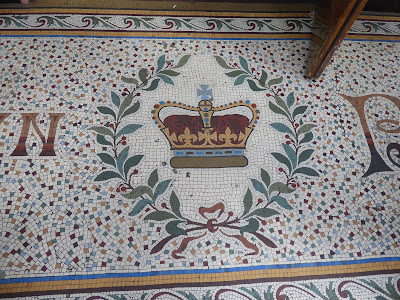 The bright mosaic entrance welcomes you into this very original pub. 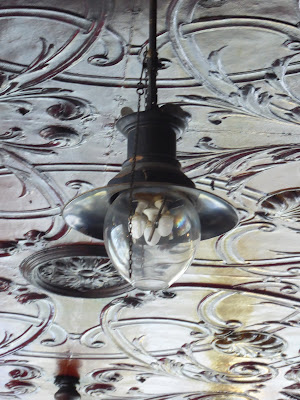 Gas lamps hang from the ceiling. 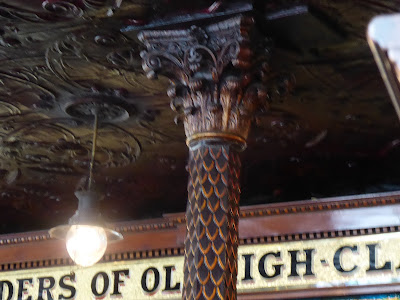 The wooden columns are decorated with feather motifs in gold 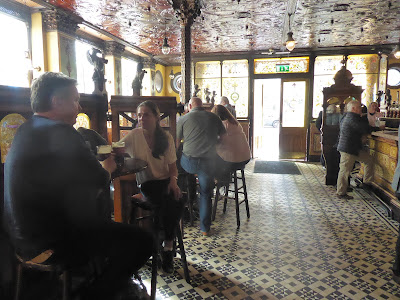 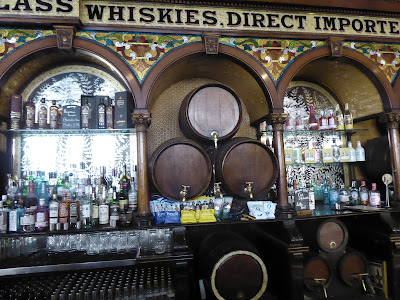 Huge casks behind the bar with shiny brass taps. 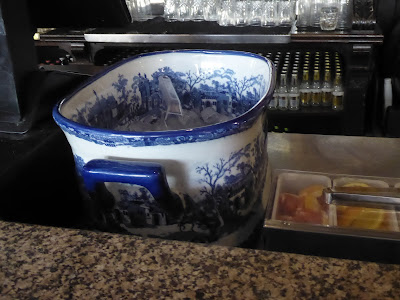 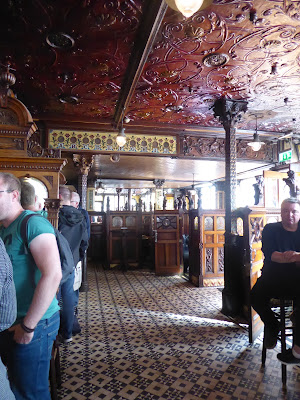 On the right are ten elaborately carved wooden boxes. In these boxes or snugs there are gun metal plates for striking matches. You can see them on either side of the snug door. 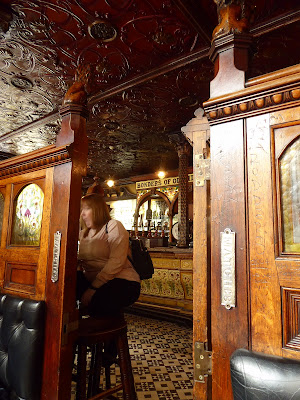 Snugs were originally built to accommodate those people who want to drink quietly away from prying eyes.