Over the Border and into New Hampshire

Today involved a long drive of 500 km mainly on the interstate highways. Just made one stop at a service station for a sandwich and then at the border in Rouses Point, New York. For reasons unbeknown to me I am usually stopped and questioned when entering the US and today was no exception. Being a Canadian citizen M was waved through but I was asked to get out of the car and follow the guard into the office where I was questioned by two officers. All my documentation was in order but numerous questions followed. Customs and immigration control is not a place for laughter and jokes so I was at a loss when M appeared asking if they would check her US currency for forgeries as she had heard there was a problem in this area! Eventually I was allowed through but I had to pay for the privilege eventhough I had paid for an ESTA before leaving the UK. Just made one more stop in Stanstead before arriving at Heathfield Village in Bethlehem for our overnight stop. 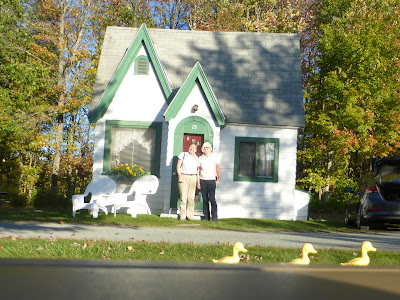 Tonight we were staying in a lodge which looked like a hobbit's house. It looked very cute from the outside and was OK on the inside. I hadn't realised that the tourist season had come to an end and for a few places we visited we would be the last people to stay this season. 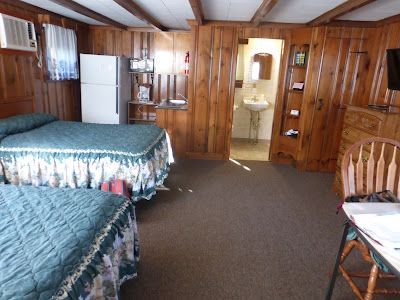 We wasted no time in going out to explore the nearest town of Littleton. One of the joys of this trip was being able to visit towns which are not on the normal tourist's route. It was getting late when we arrived and a number of places were closed. But it was still obvious that this is a thriving town with its many small shops and businesses. Maybe that has something to do with the no sales tax here in New Hampshire. 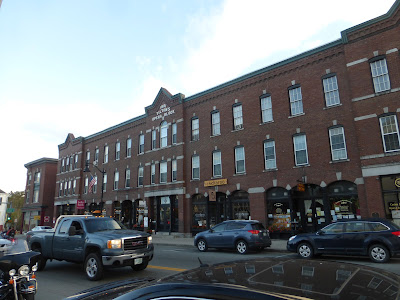 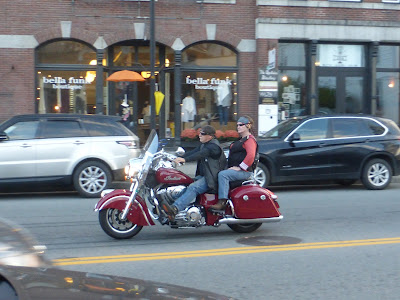 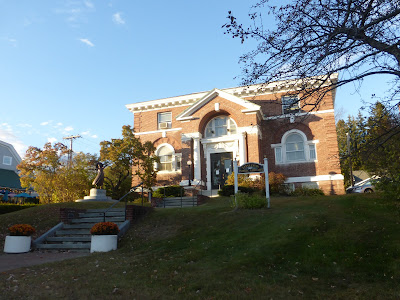 This is Littleton Public library. You can just about see a statue of a girl on the left of the picture. I wished I had gone into the grounds to have a closer look  at the bronze statue. I read later that the  statue is of Pollyanna. In 1913, Littleton author Eleanor H. Porter wrote the book 'Pollyanna' . In 2002 the town unveiled the statue and in 2003 held its first Pollyanna day where the order of the day is 'Be Glad'. 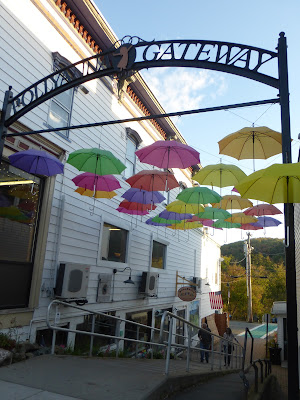 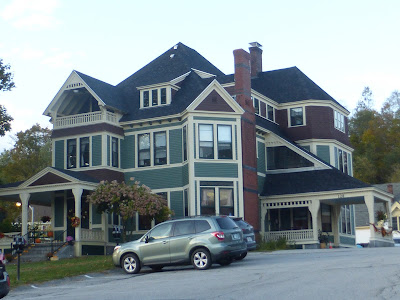 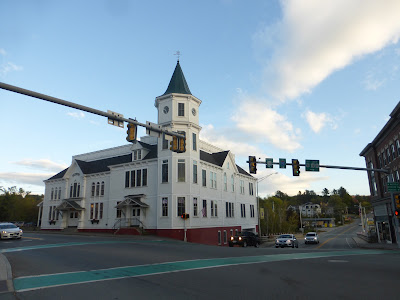 This is Tilton's Opera block. Store clerk, Henry Tilton joined the Californian gold rush and returned to make his fortune in timber and real estate. In 1881 he built this, the largest brick built structure in the town. Tilton promoted concerts and the hallway of the Opera block was the theatre entrance. Due to uncertain demand the theatre wing was never built. Since 1972 there has been a mix of retail, offices and residential usage. 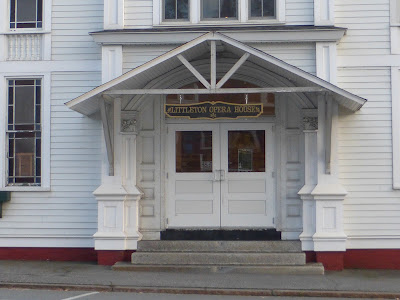 A small coin and stamp order firm was launched from the Opera block in 1943 known as Littleton Stamp and Coin Company. It is now one of America's largest mail order companies focusing on currency collectibles. The company no longer operates from here but from much larger premises in Littleton industrial park. 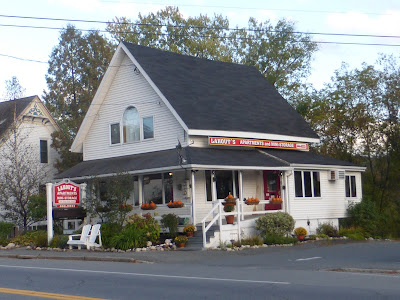 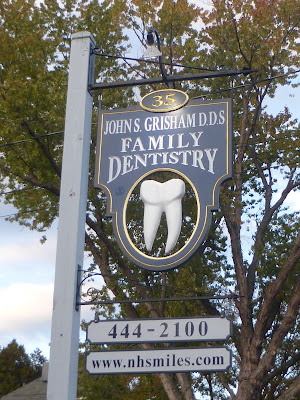 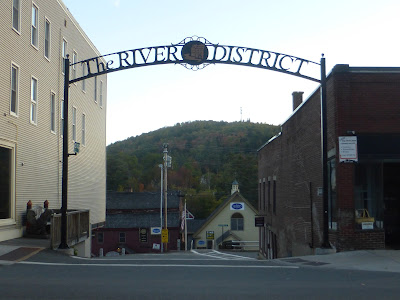 As you might expect this road leads to the Ammonoosuc river. What we didn't expect was this covered bridge over the river. The 352 foot, Warren Truss bridge was completed in September 2004 mainly as a tourist attraction. 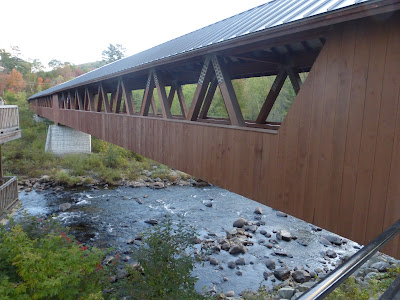 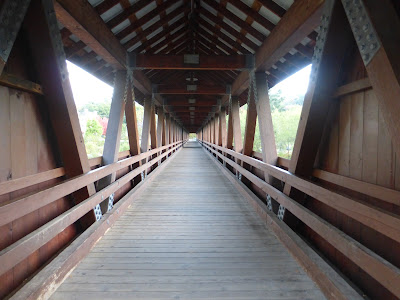 We decided to have a meal at a restaurant next to the bridge. The weather all day had been beautiful and the evening was still warm enough for us to sit outside and enjoy the local cider. There was even live music for us to enjoy. A very pleasant way to spend our first night in the USA. 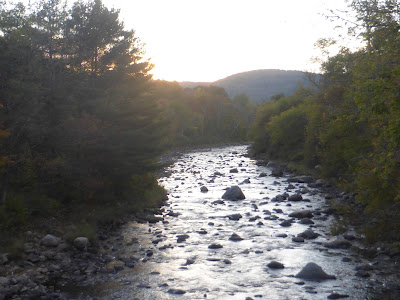 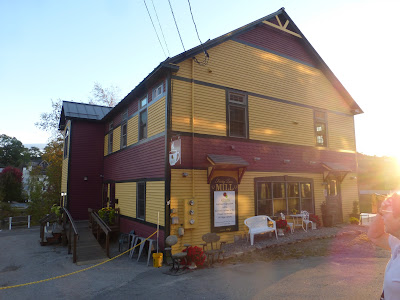 The following morning we popped into the town again for breakfast at Miller's cafe and bakery. This used to be the mill and has plenty of character inside. We had a delicious breakfast here before it was time to leave Littleton. It was a bit too cold to sit out as it was still early but we had a great view overlooking the river. 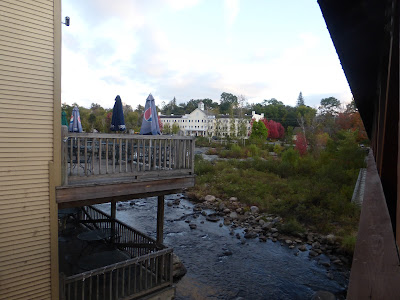 The building across the river is the Riverglen House, a senior centre. 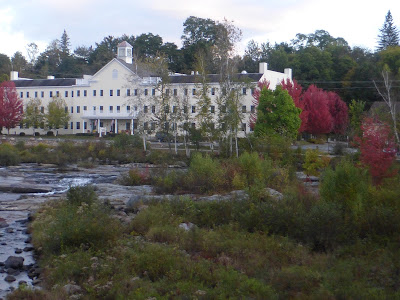